Beneath Glendale lurks a vast subterranean world that’s deeper than the Grand Canyon – and then some. This behemoth is the Luke Salt Body, an estimated 10,000-foot-thick deposit that sits beneath 40 square miles of desert.
A true geological oddity, the 99.9 percent pure salt body helped supercharge the West Valley’s late postwar economy and continues to be productive more than a half-century later.

Morton Salt mines the deposit, creating brilliant white stockpiles that can play tricks on visitors even when temperatures soar into the triple digits. “One of my coworkers at first thought they were piles of snow,” says Johnny Mack, a former contract worker at the plant. “He wanted to go jump on them to cool off.”

The first indication of the Luke Salt Body occurred in 1952. An irrigation well drilled for Goodyear Farms produced saline water with an almost pure sodium-chloride chemistry that was worthless for growing crops. Fifteen years later, scientist Gerald Grott recognized that the water quality might indicate an unusual feature. In conjunction with a recent geophysical map, he thought there was a high probability of an extensive salt deposit beneath the West Valley.

To investigate his theory, Grott founded Southwest Salt Co. in 1968 and financed a 2,400-foot deep well near Glendale and Dysart roads. His premise proved correct. “The salt in here is damned near unbelievable,” Grott told The Arizona Republic in 1976. “If it were above ground, there would be one of the biggest mountains in the state.” He added that the formation could supply the salt needs of the U.S. “for 200 years.” 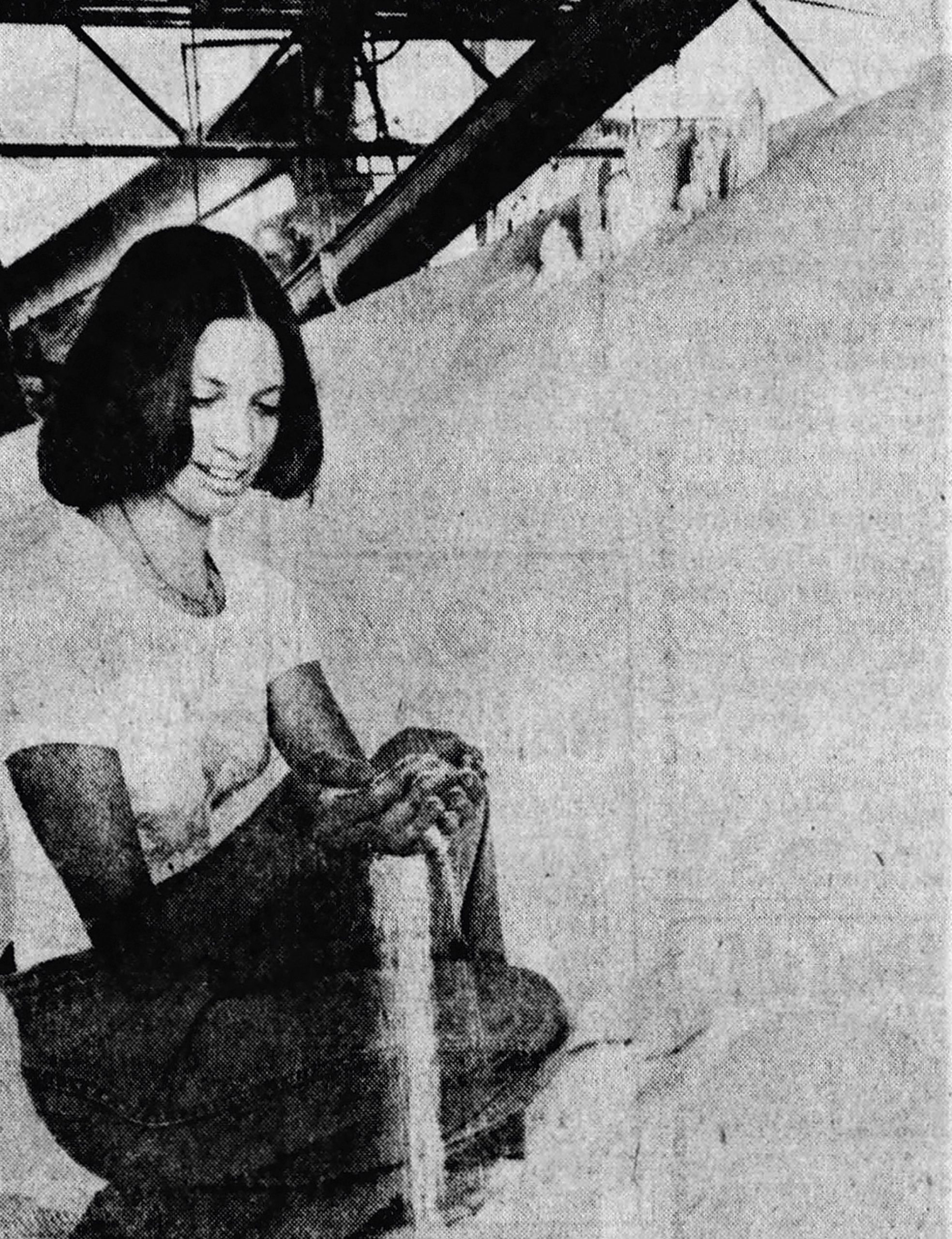 By 1969, Southwest Salt was mining the salt deposit using solution wells. Fresh water is injected through a central pipe in a well drilled into the formation, which dissolves the salt. Positive water pressure maintains the integrity of the resulting salt cavern. It forces the brine to the surface via the annulus, a space between the injection tube and the well casing.

Salt mining is dangerous, even though blasting isn’t required. “The wells work at very high pressures,” says Norm Fain, plant engineer during the mid-1980s. “It was a challenge to find materials that wouldn’t fail and harm workers.” 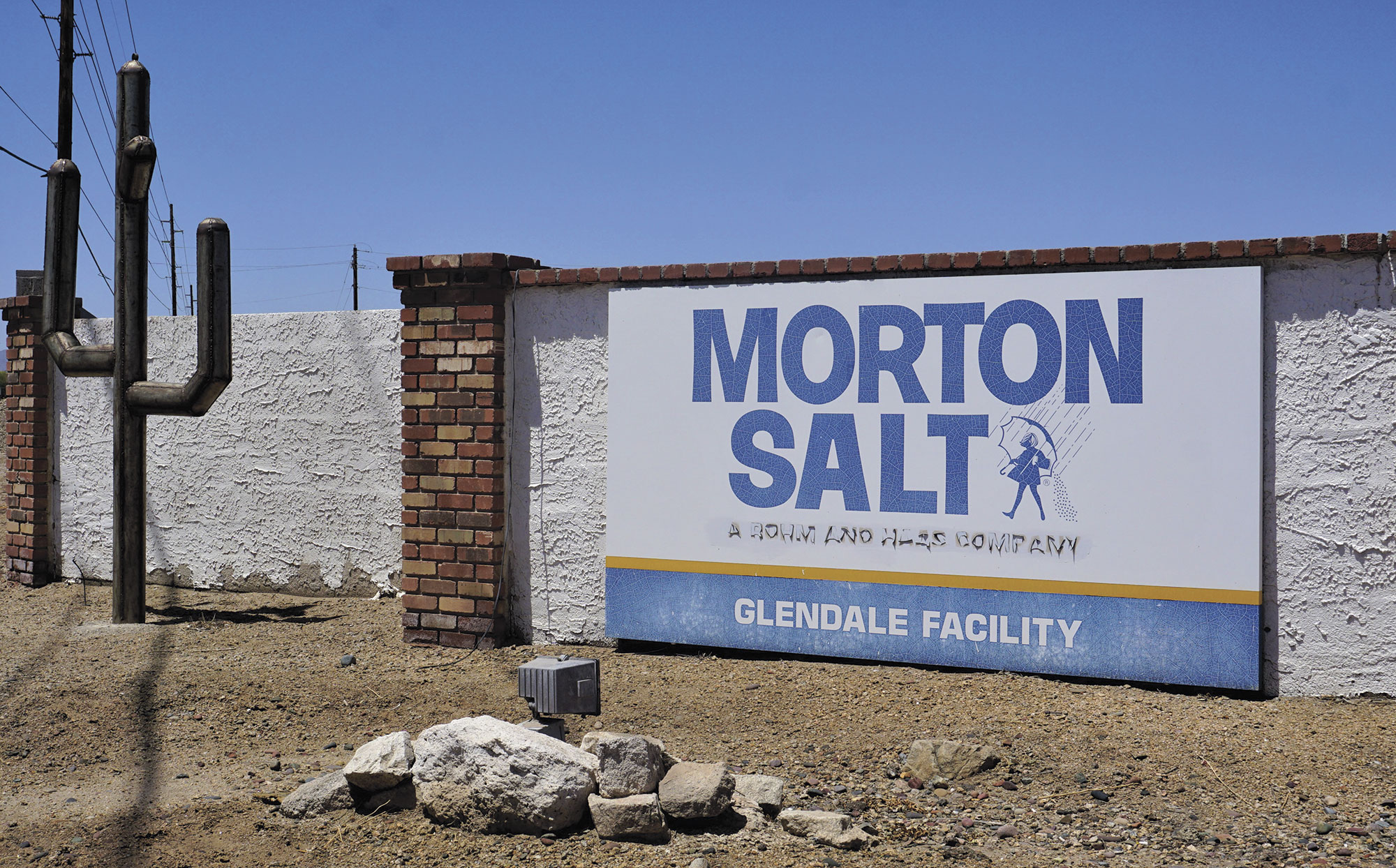 The aqueous brine then flows into evaporation ponds, where Arizona’s abundant solar energy expedites the growth of salt crystals at a rate of 2 inches per day during the summer. Machines harvest the slushy brine and the salt crystals are further dried in a gas-fired kiln before being packaged for use all over the Southwest. Unfortunately for locavores, since the West Valley salt is reclaimed in an open-air process and exposed to dust, the resulting product is used only for industrial functions. “The cleanest salt is used for water softening, and the rest for other purposes like road salt,” Fain says. 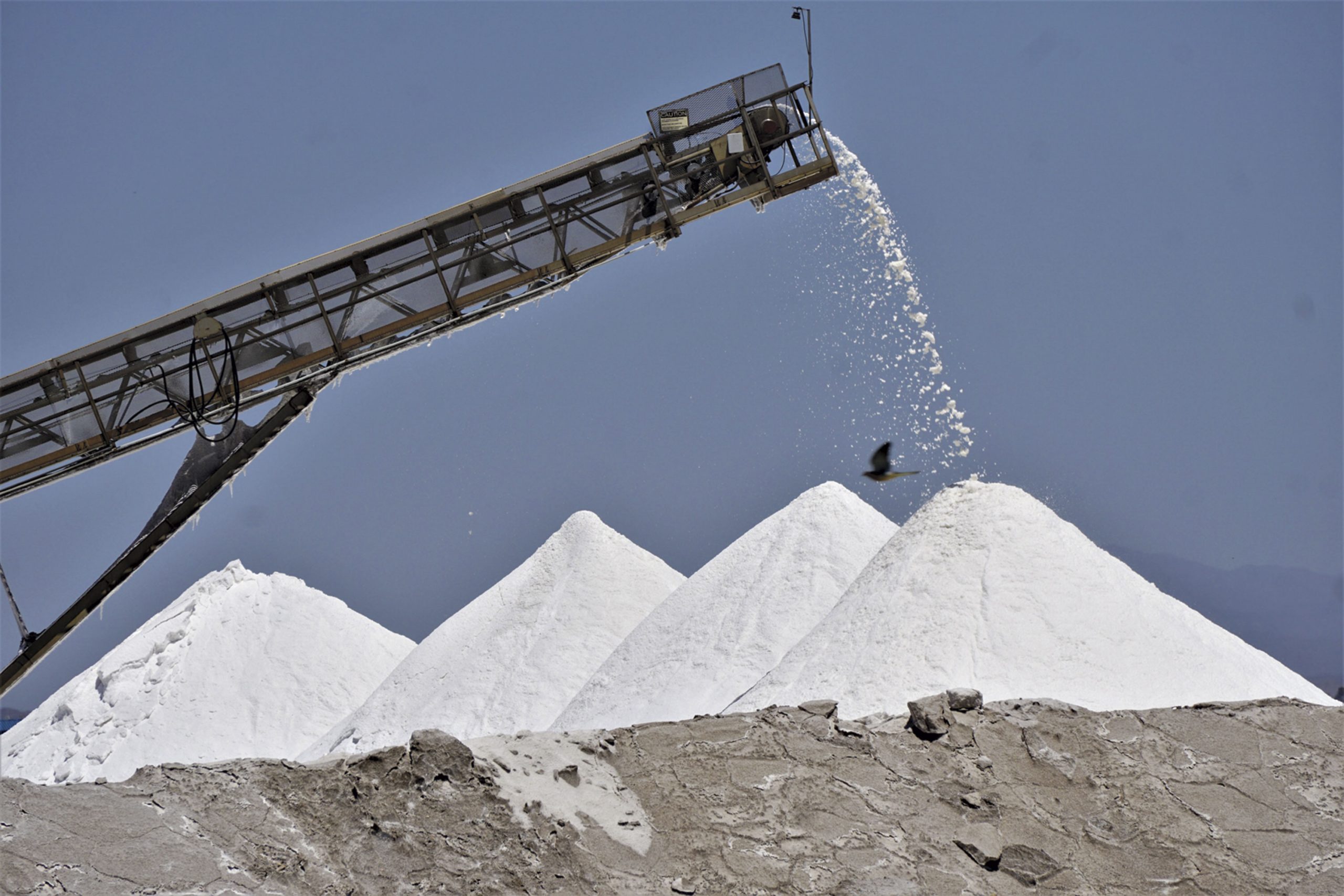 Grott’s talent was as a scientific visionary, not a businessman, but he had taken a big chunk of the salt pellet market from Morton, according to Fain. Morton Salt bought the 132-acre facility and its 98 acres of brine evaporation ponds in 1985. “I believe the sale was a combination of Morton making an offer, Grott getting older and his financial backers looking for a return on investment,” Fain says. “Until the sale, the mine never paid any of the investors any returns.”

These days, a block wall partially conceals the Morton Salt facility, but the company can’t entirely contain one item. “There is enough salt in the air to make the parking lot the only place in the Valley where cars are prone to rust,” noted an article in the Republic in 1999.

The Luke Salt Body has another unusual characteristic: It is the Valley’s largest storage unit. Three underground caverns, located adjacent to the Morton Salt plant, are used to stockpile liquid petroleum gases (LPG), such as propane and butane. The facility, developed by the California Liquid Gas Corporation in the 1970s, was purchased by Plains LPG Services for approximately $52 million in 2007. 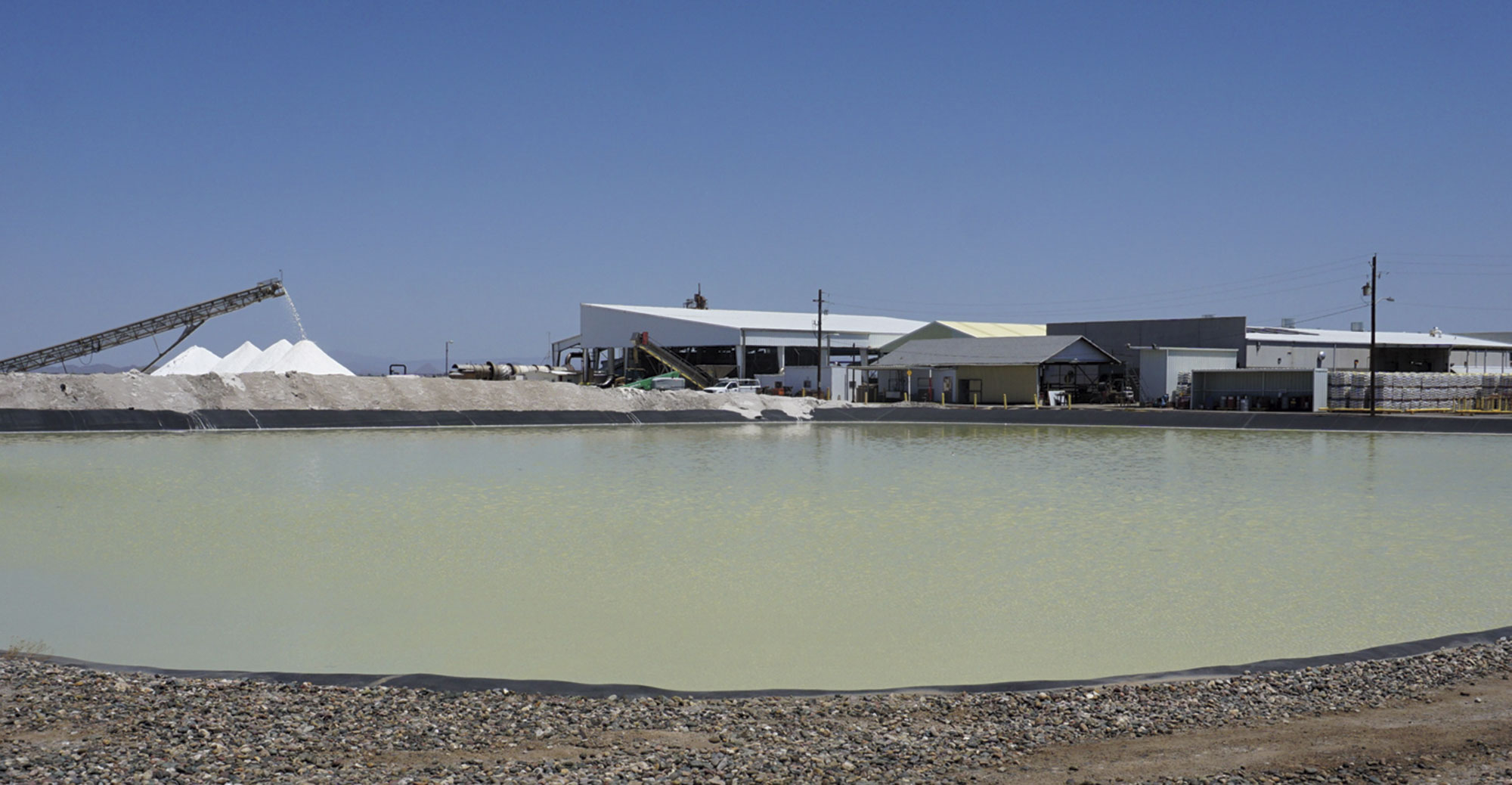 From refinement facilities in California, LPG is shipped in railroad tank cars to Glendale’s Bumstead Storage Terminal. The fuel is unloaded into aboveground storage tanks and subsequently transferred to the storage caverns 3.5 miles away through an underground pipeline. The LPG is pumped underground, where it displaces brine that flows into aboveground ponds. “Morton occasionally took their brine if they didn’t have enough storage,” Fain says. LPG is stockpiled during the summer when demand for propane and butane is low, and it’s withdrawn in the winter for regional distribution.

The industrial facilities that utilize the Luke Salt Body – and the mine itself – are little-known Valley oddities. “When I’d tell people that I worked in a salt mine, they thought it was a joke,” Fain says. “Then they would get very curious and ask what it was like working there. I’d say that when I came home, the salt had caused my pants to become so rigid that they would stand up by themselves.”

This 92-percent-pure salt deposit on Prescott National Forest land near Camp Verde was used long ago by ancient Hohokam and Sinagua cultures. Arizona’s first commercial salt mine opened here in 1871. The deposit covers several acres and reaches a thickness of 50 feet. Salt production from both open-pit and underground mining ended in 1933 due to competition from higher quality sources. 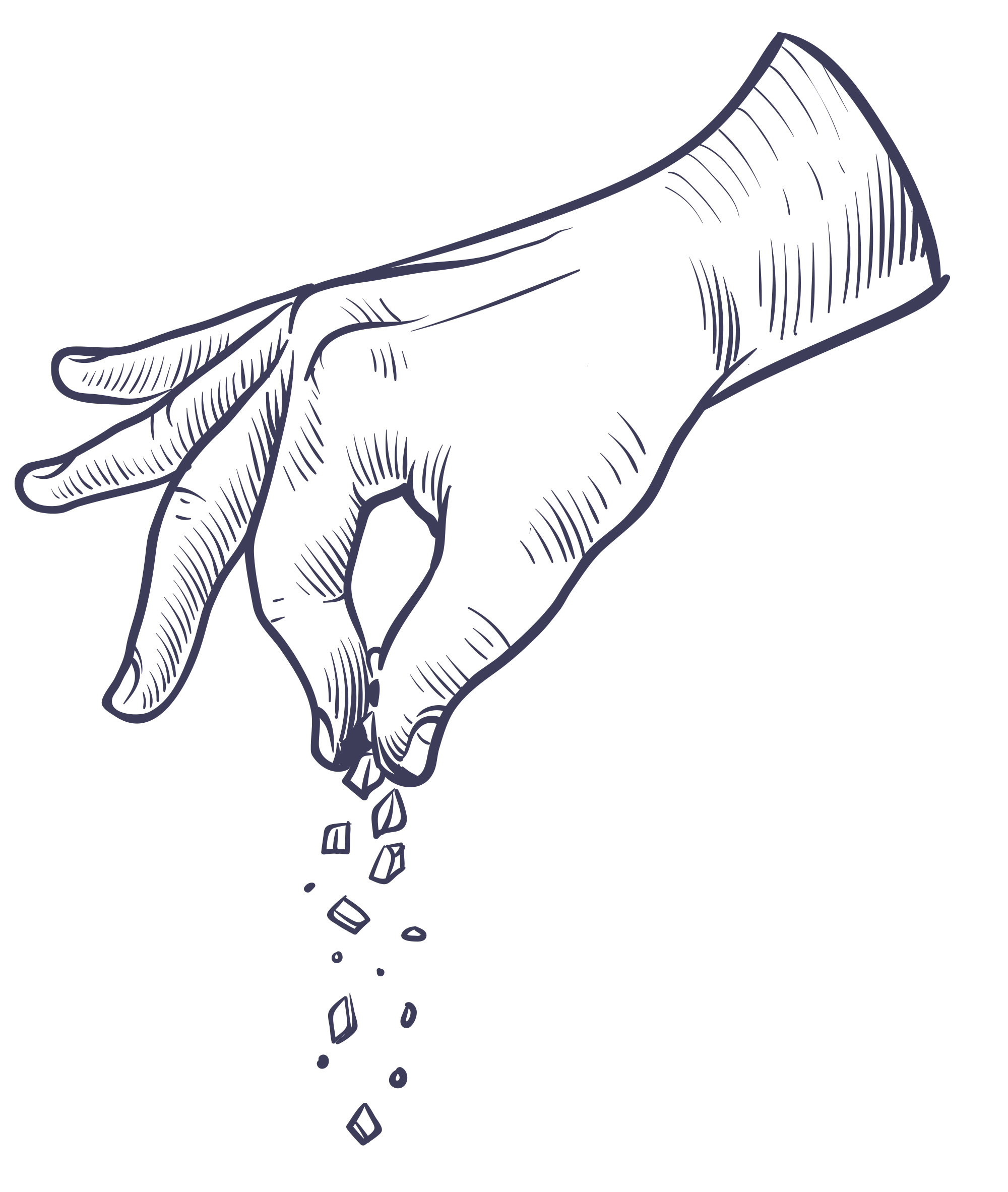 In the 1920s, drillers exploring for oil near this Route 66 town discovered the state’s largest salt deposit. The Holbrook salt basin has a maximum thickness of around 650 feet and extends roughly 3,500 square miles. Since 1971, liquid petroleum gas shipped by rail has been stored in 11 caverns created in the salt deposit at Adamana, located 20 miles east of Holbrook.

This 100-square-mile, 6,000-to-10,000-foot-thick salt deposit is located under a playa 30 miles north of Kingman. The salt formation has long been proposed as storage for natural gas. In 1971, the U.S. Atomic Energy Commission and El Paso Natural Gas Co. considered a nuclear blast 5,000 feet beneath the dry lake to create storage for natural gas. The project was canceled due to environmental concerns.