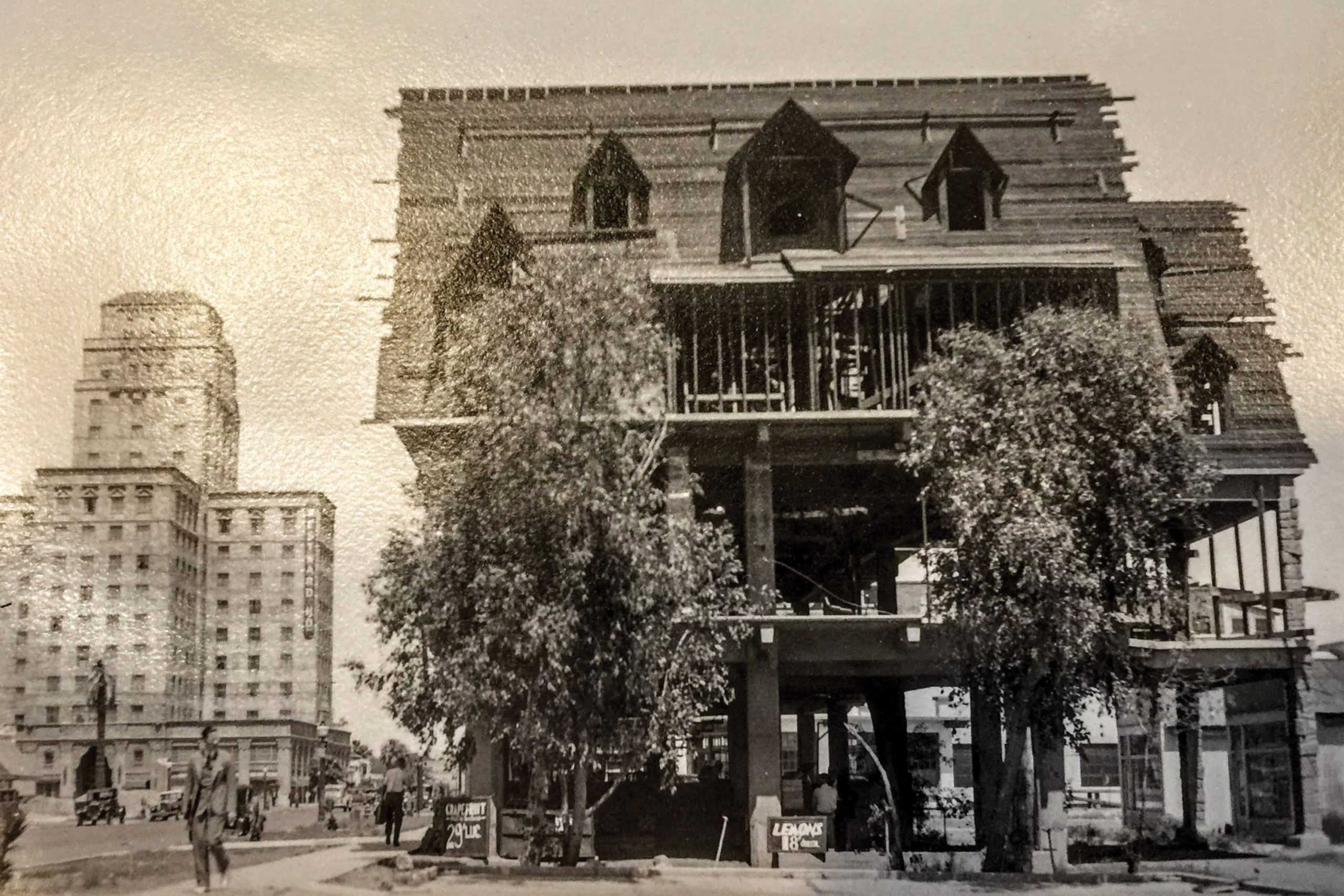 Hattie Mosher was a progressive force in early Phoenix until construction debacles and frivolous tax protests over road improvements left her destitute.

Among the 19th-century trailblazers who shaped early Phoenix was a remarkable lady who tossed aside societal norms with aplomb. Hattie Mosher, a wealthy socialite, was talented at the arts, excelled as a crusading reporter, ran twice for public office when politics was male-dominated turf, and flung bricks and lawsuits when things didn’t go her way. No hurdle seemed too forbidding for Mosher – until her life hit a proverbial pothole, possibly influenced by mental health issues.

For all her groundbreaking accomplishments, Mosher was remembered by city residents in a starkly different light after her death. “In the 1960s, my mother would refer to transient-looking women as ‘being a Hattie Mosher,’” Phoenix native Kim Kasper says. In her final years, Mosher spiraled into an eccentric street character, wore tattered clothes and schlepped a bag containing scavenged food. What caused Mosher’s precipitous downfall?

In uniquely Arizona fashion, Mosher grew up affluent and privileged because of ice. Her father, Samuel Lount, invented a process to freeze water for commercial use in Michigan. In 1879, he moved his family, including 14-year-old Hattie, to Phoenix and became a wealthy businessman. Hattie was the bookkeeper for her father’s firm and illustrated the side panels of his horse-drawn delivery wagons with images of polar bears frolicking on icebergs. “Lount’s new ice wagon… is absolutely the prettiest vehicle in town,” noted the Phoenix Daily Herald. 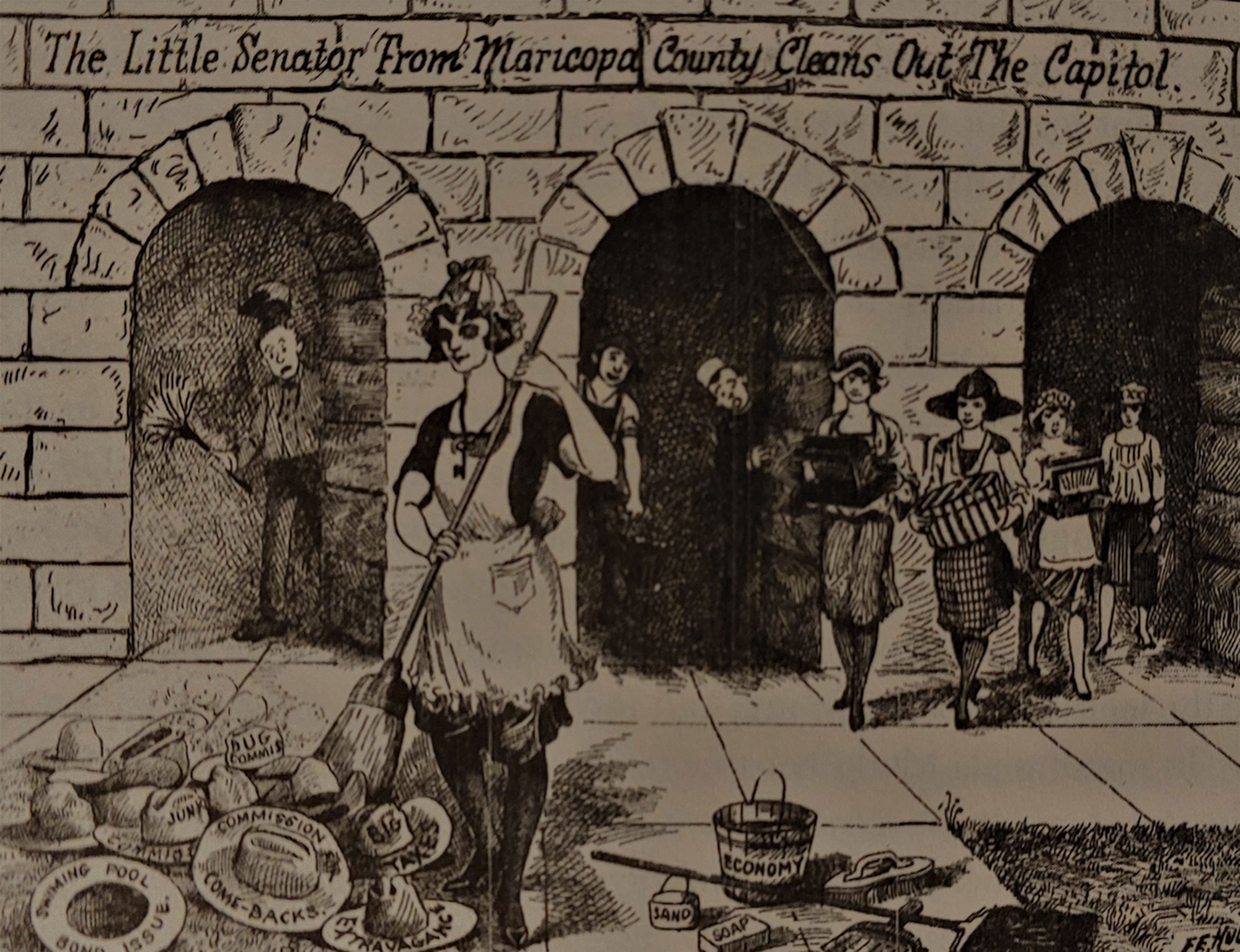 Hattie’s brash personality was displayed when she became the first woman in Phoenix to own a bicycle and flaunted the occasion by being photographed. “She had a lady’s bike, but the citizens just didn’t think it was right that a woman should ride one of the two-wheel vehicles,” an observer told the Phoenix Gazette.

In 1884, Hattie married journalist Charles L. Mosher in Phoenix’s glitziest social event of the year. The couple soon had a daughter, Julia, and the new family relocated to Colorado, where Charles and Hattie worked as reporters for The Denver Post. Hattie Mosher thrived on exposing government corruption. Their marriage ended when, citing desertion, she divorced her husband in 1892 and returned to Phoenix.

Mosher took Julia to Europe in 1903 when she went to work for an American news service. On the side, she snagged a few university degrees, became fluent in three languages and revealed the first glimpse of eccentric conduct. When her mother sent Mosher a $25 money order, the German post office charged a 10-cent delivery fee. “But if I pay that, I won’t be getting all the money from my mother,” she told a family friend. “Send it back to Phoenix.”

After her parents died, Mosher returned to Phoenix in 1907 to inherit four unimproved city blocks that stretched from Van Buren to Taylor streets and Central Avenue to Second Street – a 10-acre site that now includes the Arizona State University Downtown Phoenix campus. Phoenix leaders wanted to spiff up its appearance with street improvements, but Mosher refused to pay the tax assessment on her lots. Paying into the till just wasn’t in her nature. She filed the first of numerous lawsuits against City Hall that continued until her death at age 80 in 1945. Mosher “spent long hours poring over law books and tax and property records endeavoring to find ways of winning [the] suit,” according to the Gazette.

In 1916, Mosher offered to gift the city a block on which to build a combination city hall and courthouse, hoping to increase her remaining properties’ appeal. This proposition would have dramatically changed Downtown Phoenix by shifting future growth to the north around the government complex. “City officials declined the offer, probably because of potential headaches of dealing with her,” says Paul Scharbach, a local historian. The death of Mosher’s daughter shortly after giving birth in 1918 accelerated her odd behavior, which was at the time termed “daffy.”

Mosher ran for the Arizona State Senate in 1922 and for Phoenix City Commissioner in 1923, and both times lost in the primaries. “I view Hattie as somewhat of an aberration when it comes to women in politics back then,” says Heidi Osselaer, the author of Winning Their Place: Arizona Women in Politics, 1883-1950. “Most female candidates ran as reformers, seeking office to improve the laws relating to women and children. Mosher ran as a ‘heavy taxpayer,’ which meant she felt entitled to a position on the city commission because of her real estate.”

The feisty landowner obtained construction loans and designed two unusual buildings with some hiccups, which became colloquially and collectively known as “Mosher’s Folly” (see sidebar). She left these structures half-finished, which steadily drained her fortune along with the lawsuits. Mosher did manage to finish a dance hall at First and Van Buren streets, but it was subsequently destroyed in a fire. Because the city placed tax liens on Mosher’s properties, she couldn’t sell them, and rival developers gradually obtained ownership, including her parents’ former home and her own. She vigorously harassed any unfortunate soul who might try to build on her former property. Contractor Del Webb told The Arizona Republic that Mosher regularly threw bricks at him.

Ultimately, Mosher’s eccentric behavior made her a social outcast. Evicted from her home in 1935, she lived her remaining days in an unfinished basement. The frail woman wandering the streets became a pitiful sight, and her death in 1945 was front page news in the Republic.

Many Phoenicians had a soft spot for the colorful lady who helped shape the city culturally but whose deep-seated sense of entitlement created an ill-advised battle plan to skip out on her tax bill. “Hattie had a sad and tragic ending,” Arizona state historian Marshall Trimble says. “She had visionary dreams of mansions and city government buildings on her property, but they never came true.”

In 1919, Mosher began construction at Central Avenue and Taylor Street on this three-story structure with a large tree growing up through its open atrium. The bottom floor lacked walls, making the structure look like a house on stilts. The building was never used as intended and was razed in 1955.

Mosher’s four-story building at Central Avenue and Van Buren Street was started in 1923 but five years later was still unfinished and mostly vacant. Standard Oil Company of California and Southern Arizona Bank leased offices there after Mosher’s death. In 1968, the building was termed a “non-functional structure” and later demolished.

Her fame was enough that Mosher had a brief commercial reprise in 1973. Built on a lot she owned, the Downtown Ramada’s cocktail lounge was remodeled in Victorian décor, wallpapered with historical newspapers, and named after her. The nod was nice but ironic: Mosher was a teetotaler. 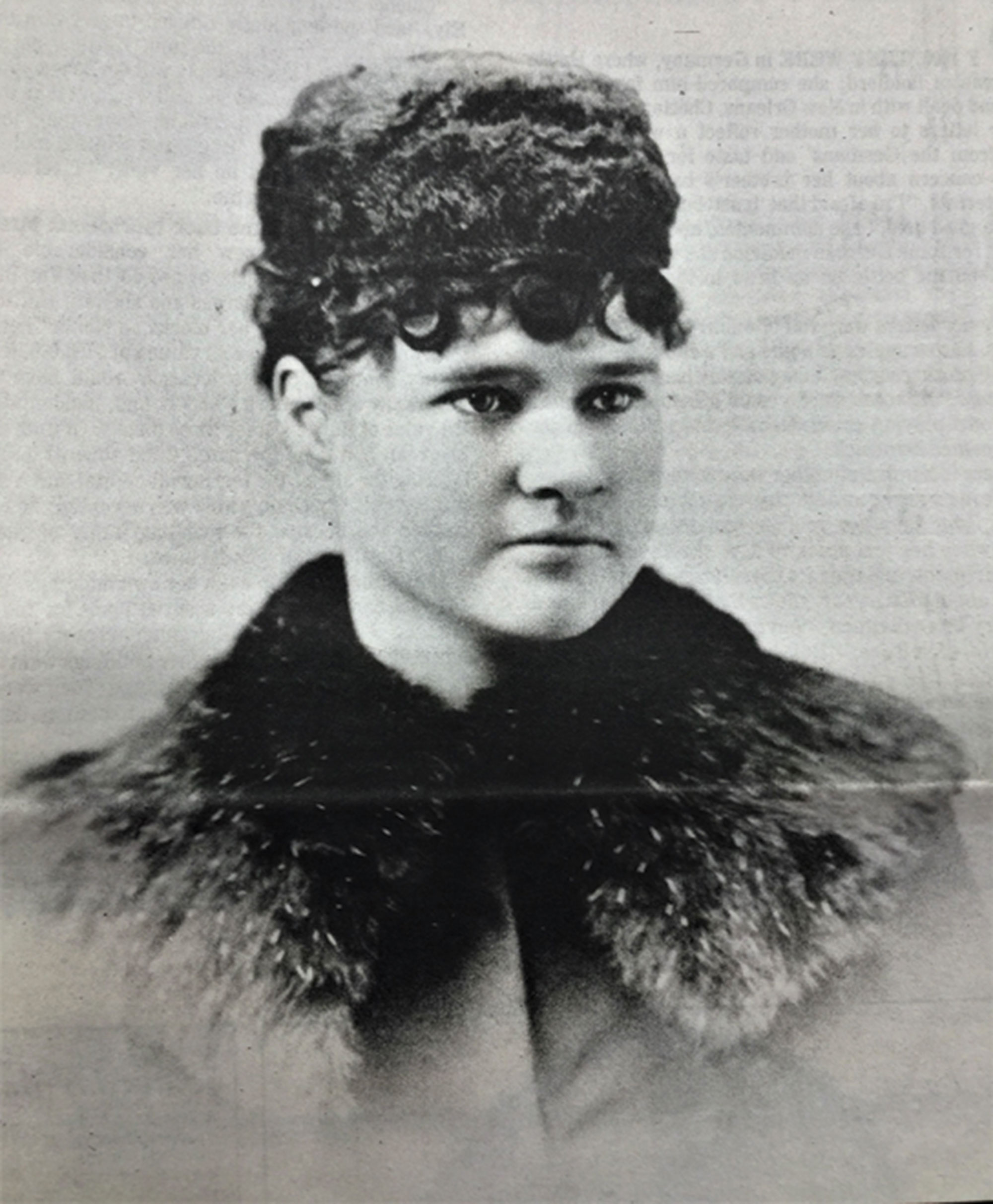