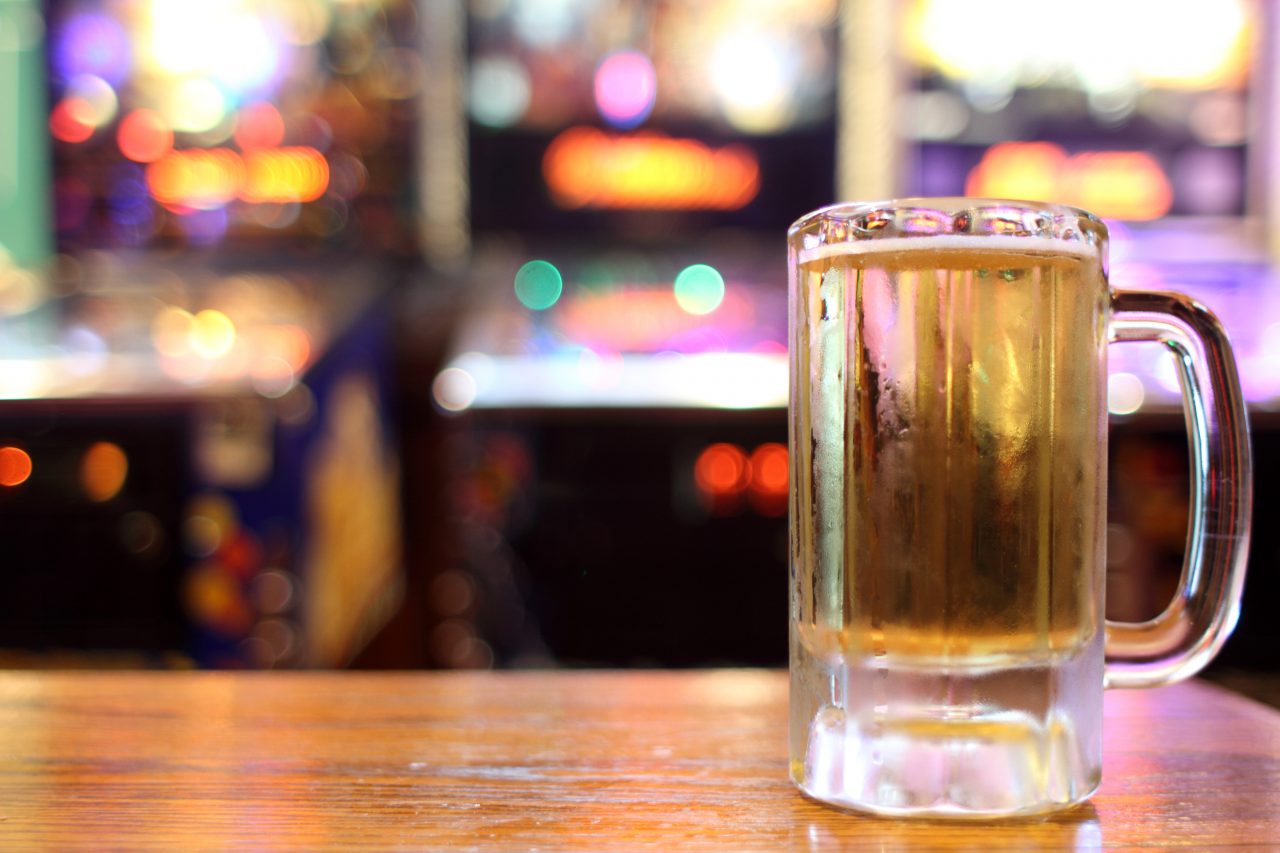 Whether you’re a pinball wizard in Phoenix, a West Valley video game geek or an RPG expert in the East Valley, there are a slew of local spots where you can play your favorite games and get a drink while you’re at it. With the opening of two new game-themed bars in Mesa and Surprise, we put together a roundup of nerdy neighborhood hangouts across the Valley. Game (and drink) on!

8-Bit Aleworks
This retro game-themed microbrewery is known for throwing unexpected ingredients into its beers. To wit, a stout with licorice and cocoa nibs and a garlic gose. The small-batch brewer’s tasting room also features Nintendo and tabletop games for guests to enjoy. Helmed by husband-and-wife team Ryan and Krystina Whitten, 8-Bit is truly a mom-and-pop operation. You won’t find anything like it in the Valley – it’s the only brewery in Avondale and the only game-themed brewery in the state.
1050 N. Fairway Dr., Avondale, 623-925-1650, 8-bitaleworks.com

ComicX
Two dozen life-sized statues of comic book heroes and villains, Disney, DreamWorks and other TV characters and cartoons greet you at this bar and restaurant at Desert Ridge Marketplace. Grab a pizza or a burger, or cocktails with nerdy names (we’re partial to the Devil Dared aka pina colada) and play your favorite video game at Xbox stations situated around the 8,000-square-foot space.
21001 N. Tatum Blvd., Phoenix, 480-306-6780, comicx.us

Level 1 Arcade Bar
Find nearly 40 retro arcade favorites like Pac-Man, Frogger, Dr. Mario and more at this geek haven in Gilbert. Choose from 20 craft cocktails with cheeky monikers like Ryu & Rye (any Street Fighter fans in the house?) and Son of a Glitch. You can also grub like a gamer at Level 1 – miniature pizzas and a fried peanut butter and jelly sandwich are on the menu.
60 W. Vaughn Ave., Gilbert, 480-687-1192, level1arcade.bar

New!
Player 1 Arcade
Another win for West Valley gamers! This 3,000-square-foot bar arcade opened in Surprise in late February and boasts a collection of nearly 20 classic video games from the ‘80s and ‘90s, plus pinball machines galore. A trio of craft cocktails plus a rotating selection of local beers are on tap so you can get your game and your drink on.
17239 N. Litchfield Rd., Surprise, 602-350-8159, p1arcade.com

Stardust Pinbar
Walking through the fridge at Ziggy’s Pizza in Downtown Phoenix is like stepping into a time machine. Snag a table in the pinball machine-studded bar/dining room (complete with a rainbow light-up dance floor) and peruse the stellar drink selection. Pro tip: The Starburst cocktail tastes exactly like the pink chewy candy. It’s a boozy blast from the past that everyone should get behind.
401 W. Van Buren St., Phoenix, 602-354-2931, stardustpinbar.com

New!
The Silver Key Lounge
Stop by Silver Key for a different kind of gaming – board games! This East Valley bar opened in mid-January and features more than 600 tabletop games, including hard-to-find and discontinued ones, for geeky guests of all ages. Pair Dungeons & Dragons with draft beer (Silver Key offers 16 craft brews on tap) or house wine. The bar even has dedicated “Game Masters” to help patrons learn the tricks of the trade.
1837 W. Guadalupe Rd., Mesa, 480)-534-4060, thesilverkeylounge.com