A pair of Valley absinthe enthusiasts want to put wormwood on your brain.

Arizona’s first and only absinthe brand started the way most grand enterprises do – with a first-rate pun. “The name just came to me one day: Absinthe Minded,” co-founder Ordovich Clarkson says. “It was something I wrote in a poem, and I thought it was funny… it made me think about distilling my own absinthe.” But it wasn’t just the name. As a graphic artist and antiques dealer, respectively, Clarkson and business partner Justin Slusher found themselves attuned to the mystique of the aromatic spirit, famously abused by artist Toulouse-Lautrec and the stylish dissipates of the French fin de siècle, and later banned in most Western countries for its purported psychedelic effects. So after three years of R&D, the Tempe duo released their first bottles in December 2019, partnering with Valley spirit maestros Adventurous Stills to accelerate their dance with the “green faerie.”

The canvas: 190-proof grain alcohol, which is then steeped with wormwood, anise and fennel to make a traditional Pontarlier-style absinthe.

Ordovich and Slusher electively add hyssop, lemon balm and juniper to the steep, and submit the spirit to another round of distillation for purity. Final ABV: 70 percent.

A word on wormwood:
It’s mildly psychoactive. The FDA lifted its ban on absinthe in 2007 under the condition that producers include no more than 10 parts per million.

Ordovich designed the label art himself. Unsure what to do with his initial “brain” concept, he took his girlfriend’s advice to “make it a balloon.” Très surreal, no?

Unlike the mothership Gold version, the duo’s Verte release is meant to be sipped straight, thanks to added sweetness from spearmint and coriander. ABV: 40 percent.

Absinthe is potent and ritualistic, meant to sipped after diluting it with ice-cold water over a sugar cube. This device is called a seesaw dripper ($55 on absinthe.com). 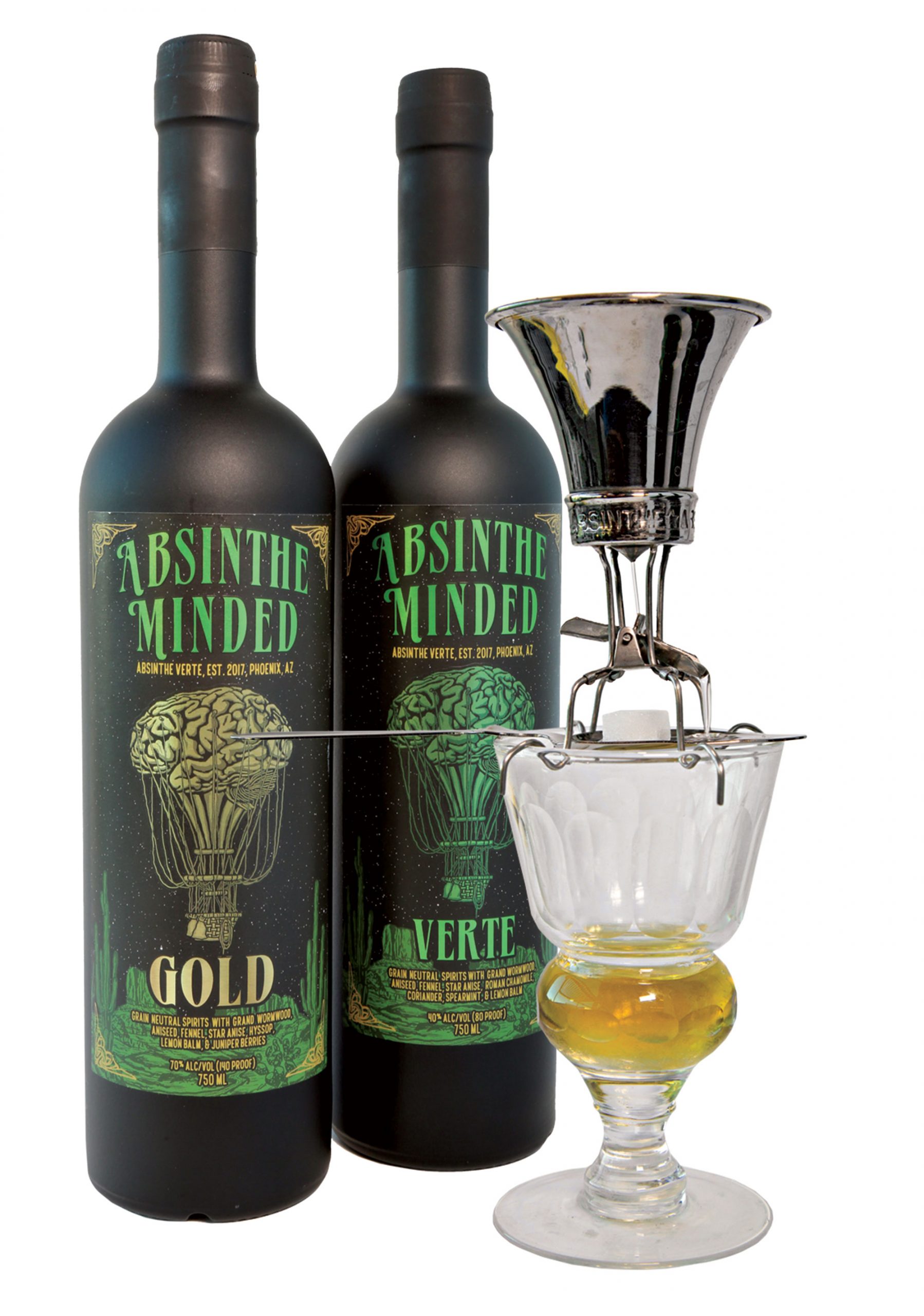 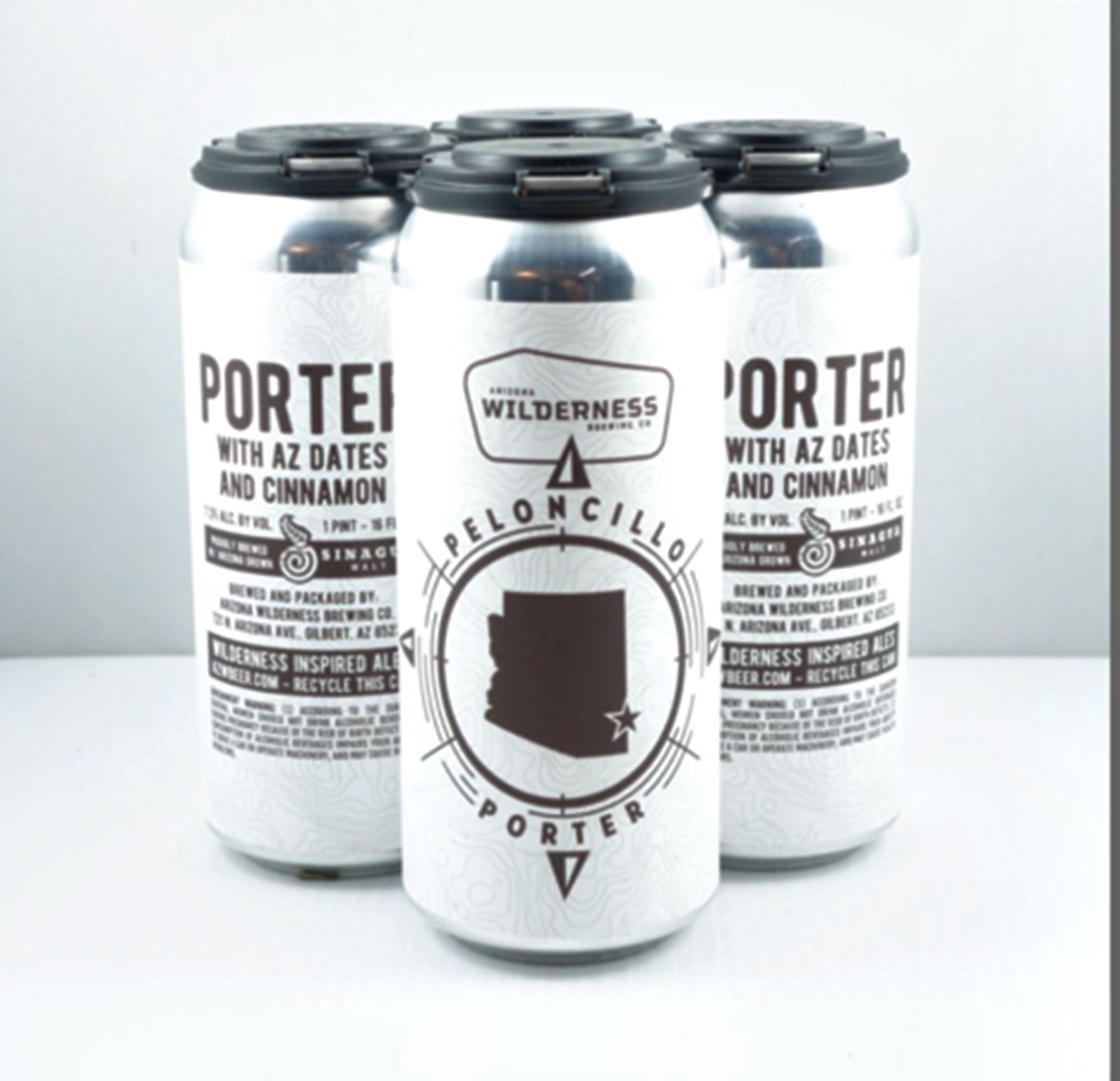 Brown Ale/7.3% ABV
If the guys at AZ Wilderness stumbled onto a dried piece of bear poop while hiking in the forest, they’d probably throw it into their boil, the old joke goes. That’s how much owners Jonathan Buford and Patrick Ware love incorporating the tastes and aromas of Arizona into their award-winning beers. On that level, this toasty, deeply nuanced ale might be the most “Arizona” beer they’ve offered yet, made with cinnamon-roasted Medjool dates from Agritopia in Gilbert, plus brooding spoonfuls of piloncillo sugar raised in Southeastern Arizona. Somehow the porter remains refreshingly dry – sort of like Arizona in February. Makes you want to take a hike, no? 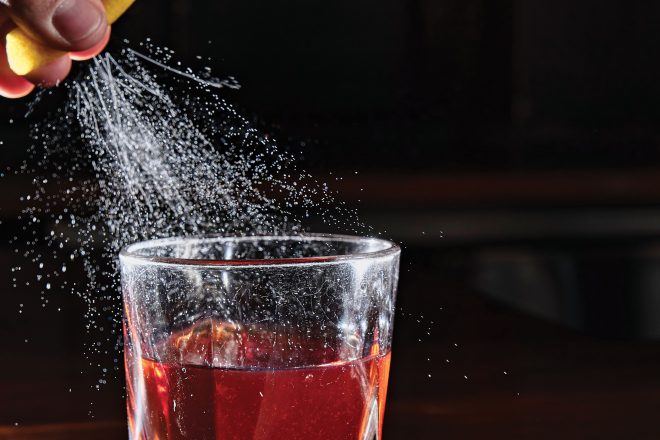