The University of Arizona Wildcats’ unsporting demand before the 1968 Territorial Cup led to the inaugural Fiesta Bowl.

When the Fiesta Bowl debuted in 1971, it changed the playbook for postseason college football. “What we couldn’t do in payouts to the teams we did in hospitality,” Bill Shover, one of the bowl’s nine founding fathers, says. “We flew the coaches’ wives to the Grand Canyon in private jets, arranged babysitters for their families and became unofficially known as the ‘Hospitality Bowl.’”

Such largesse belies the genesis of the event. The crusade to create a bowl game in the Valley began three years earlier during the lead-up to the fierce in-state matchup between Arizona State University and the University of Arizona. The UA Wildcats made a gambit that should have been flagged for unsportsmanlike conduct but resulted in the Fiesta Bowl, thanks to help from some top dogs in Washington, D.C. 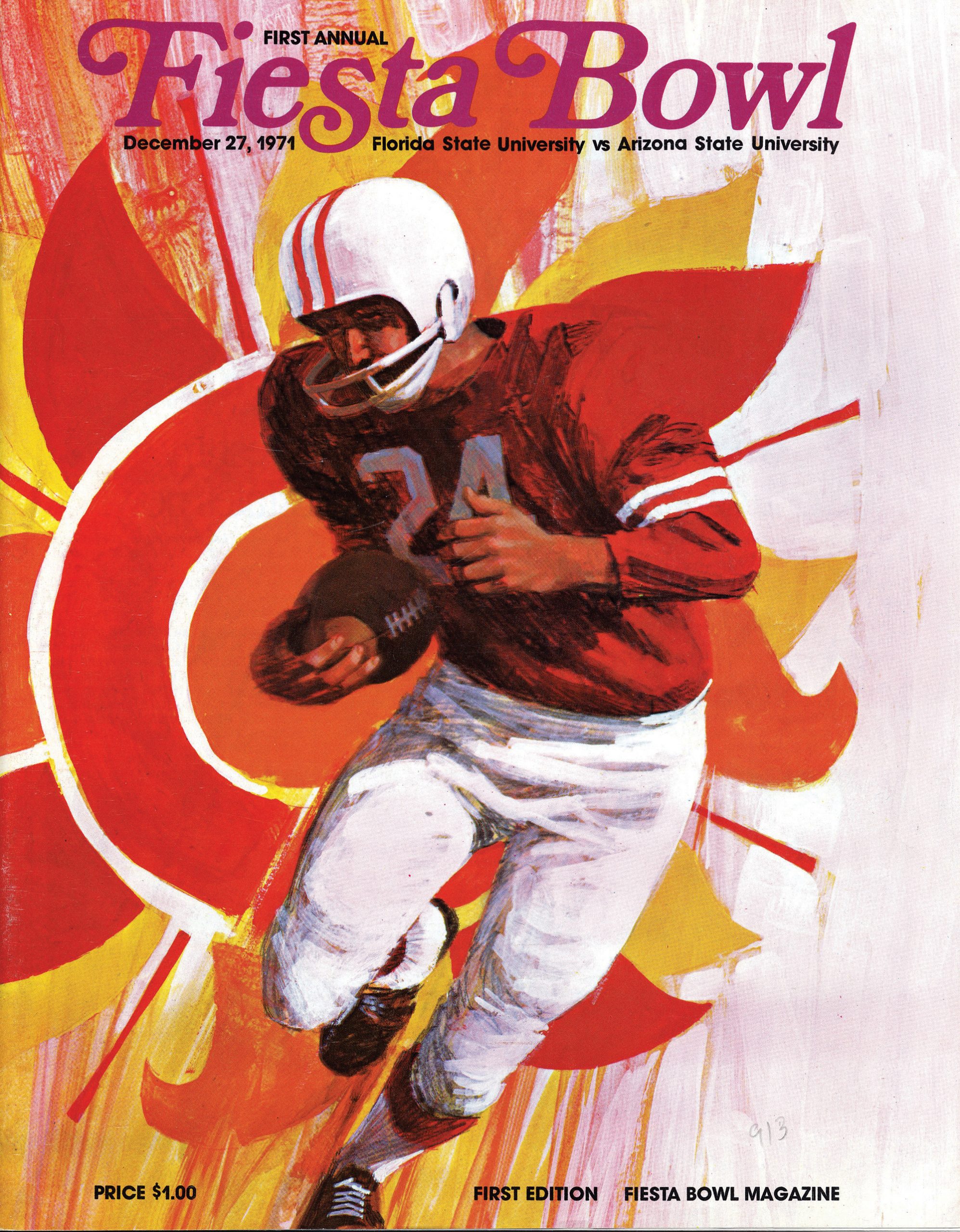 It was 1968, and a lot was riding on the Territorial Cup. UA and ASU, then members of the Western Athletic Conference, had 8-1 and 7-2 records, respectively. The victor would receive a berth to the Sun Bowl, the first postseason bid for either squad since 1951. But UA snatched the football away from ASU at the last second, as Lucy had so often done to Charlie Brown.

A few days before the game, UA football coach Darrell Mudra – worried about losing to ASU, and for good reason – demanded the Sun Bowl extend an invitation to his team, win or lose, or they would refuse a subsequent offer. The power play worked, and the Wildcats were invited to the El Paso game. In response, ASU played the Territorial Cup game with a vengeance, routing UA 30-7 in Tucson, in what became known as the “Ultimatum Bowl.” ASU head coach Frank Kush called the victory “probably my most satisfying ever.” (The Sun Bowl was not obligated to take the WAC champion, which turned out to be Wyoming.)

The Sun Devils were livid after crushing the Wildcats and not receiving a bowl bid. At the annual postseason football banquet, ASU president Dr. G. Homer Durham suggested hosting a bowl game at Sun Devil Stadium featuring the WAC champion. There was enthusiasm for the idea, despite the Valley having been the previous site of two postseason football matchups that failed to find permanent traction in the market: the Salad Bowl (1948-1955) and Copper Bowl (1958-1961). The Greater Phoenix Sports Foundation, led by Jack Stewart of Camelback Inn fame, was formed to create the event. 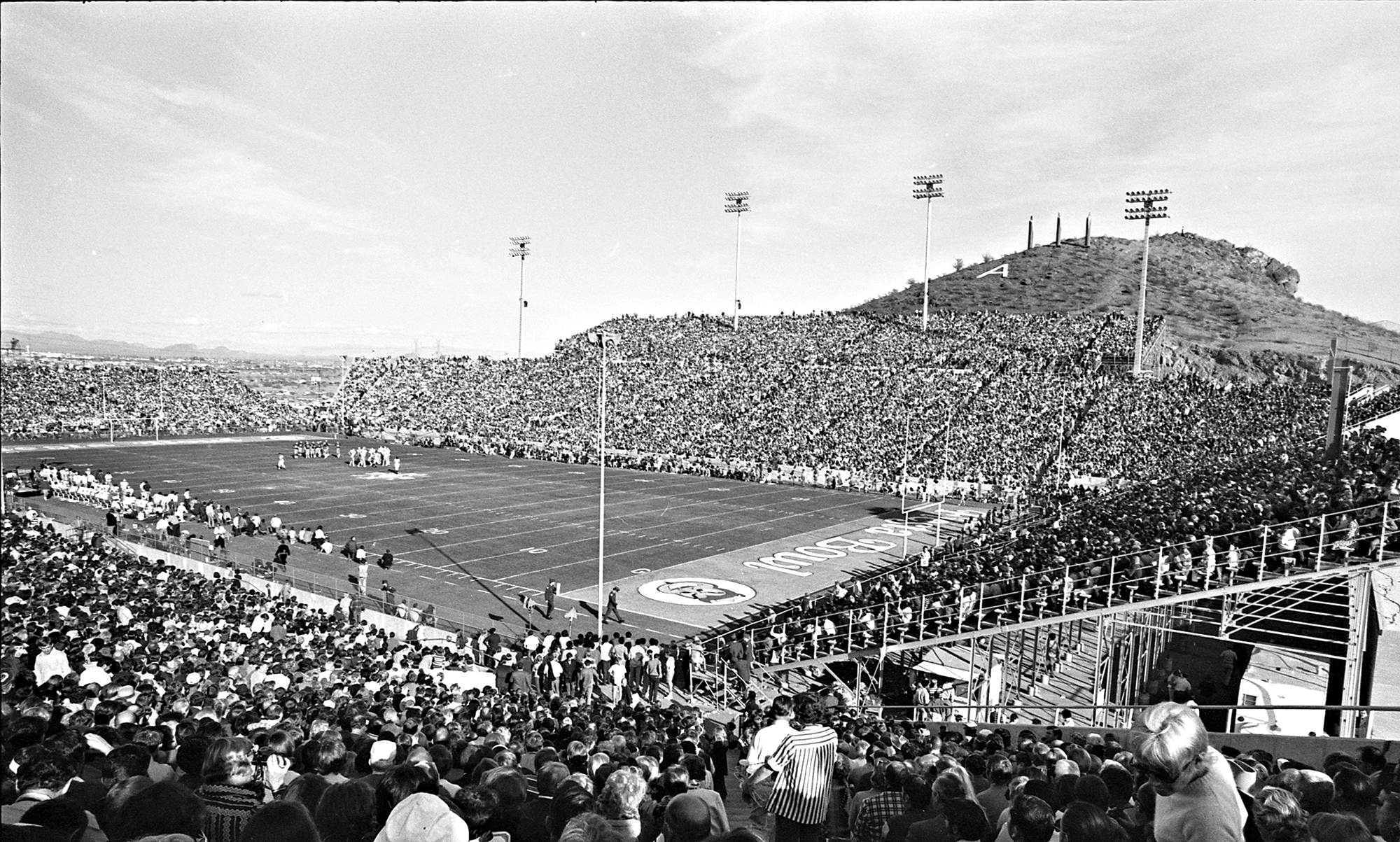 The group put together a promotional booklet and film and presented its case to the NCAA in 1970. “One of [the NCAA’s] concerns was how the bowl would pay $150,000 [in appearance fees] to each participating team,” says James Meyer, a Fiesta Bowl founding father, of the figure that was set internally to woo teams. “Stewart, who had recently sold the Camelback Inn, responded in his raspy voice, ‘Well, I’ve made a few bucks in my time.’ He was also friends with then-U.S. Attorney General John Mitchell, who had visited his resort with his wife, Martha. When Mitchell addressed NCAA officials after our presentation, they thought, ‘Who the hell are these guys from Arizona?’”

Little did the NCAA know, Mitchell had already discussed the matter with none other than President Richard Nixon, with whom he was developing funding mechanisms for the National Drug Education Program. “Mitchell told them that he and the president wanted a bowl game in Arizona to promote their anti-drug agenda,” says Shover, who was director of community and corporate relations for The Arizona Republic. “It was a show of power from the government that I didn’t expect. The NCAA later called to say that we can’t give you the bowl now, but expect it soon.”

The game was sanctioned in April 1971, and that summer was officially dubbed the Fiesta Bowl. A five-member committee, led by Arizona governor Jack Williams, selected the name in a “Name the Bowl Game” contest sponsored by the Republic. By November, the first Fiesta Bowl was set, pitting Florida State University (8-2) against WAC champion ASU (9-1), hot off a victory in the Peach Bowl the previous year. “We selected FSU to create an intersectional game for national exposure,” Meyer says.

Two weeks of bowl-related events preceded the game. Cowboy singer Rex Allen was the pregame master of ceremonies, while Trini Lopez headlined the halftime show. “We devised a large jug for him to come out of to sing, but before his appearance, Lopez told us he wouldn’t perform unless he received his $10,000 fee in cash,” Shover says. “George Isbell, a banker, said, ‘I’ll get the money.’ He cleaned out the ticket office and then ran to his bank for the rest. We gave it to Lopez, who had his assistant count it out.”

The inaugural game was an exciting offensive shootout, breaking the record for total points scored in a bowl. The Sun Devils, led by quarterback Danny White and running back Woody Green, won 45-38 before a sold-out crowd of 51,809. “It was such a back and forth scoring game,” Kevin Woudenberg, ASU defensive lineman, says. “Our offense drove methodically for a touchdown late in the game to take the lead, which also ate up the clock to seal the victory.” It was ASU’s seventh straight victory, and 28th in 29 games.

Since that initial Fiesta Bowl, the game has only grown – even after ASU and UA joined the PAC-10 in 1978, which ended the WAC’s tie-in with the bowl. The Fiesta Bowl was played on New Year’s Day alongside other major bowls starting with the 1981 season, and hosted its first national championship game in 1987. “That was our goal, to compete for national championship games,” Shover says. “We knew we had something great, and the city deserved this kind of bowl.” And for the record: UA is 1-2 in the Fiesta Bowl, ASU is 5-1. 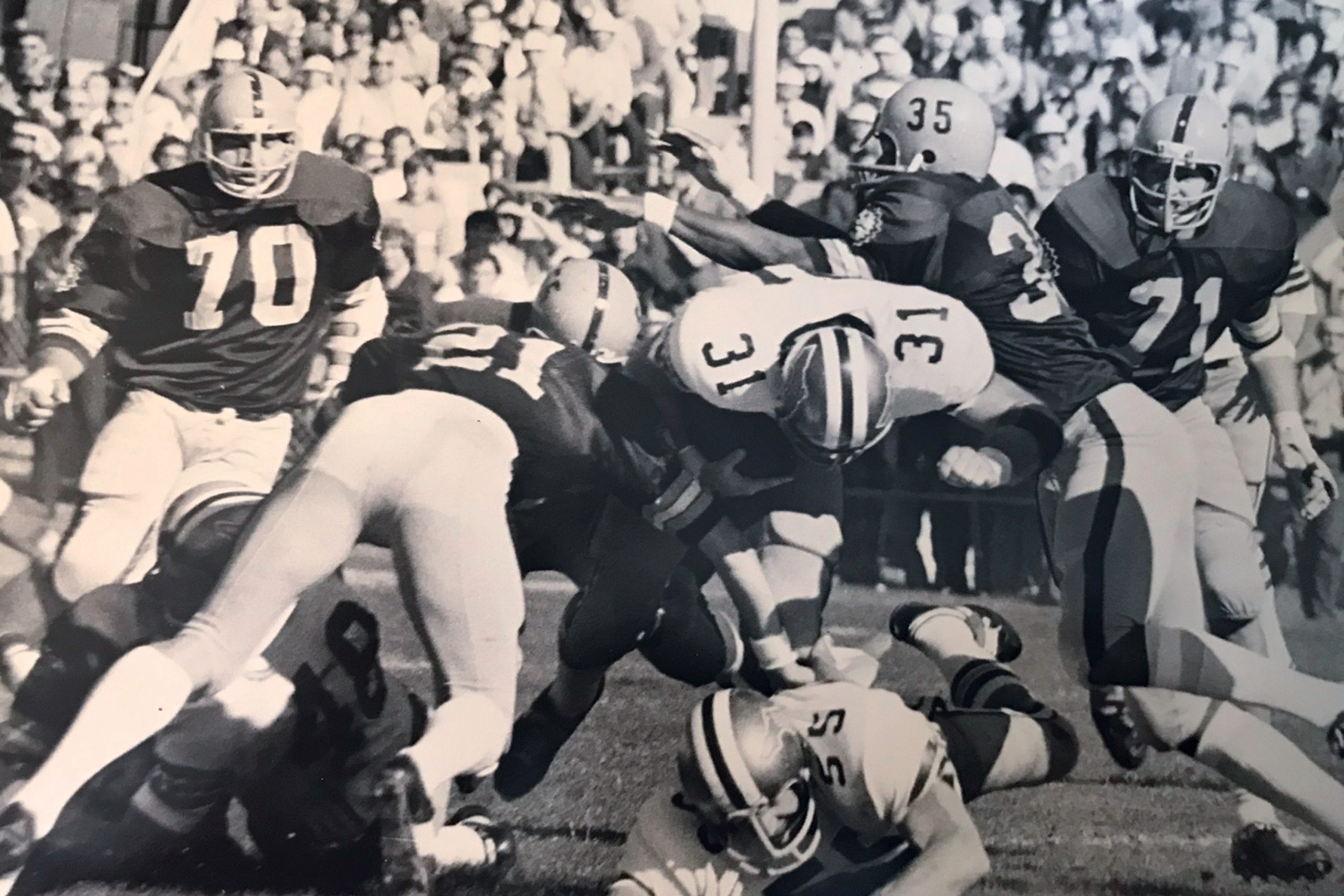 The ASU safety, who made the first interception in Fiesta Bowl history, says, “We were fortunate to escape with the victory.” He recalls parties at Scottsdale’s Executive House and traveling to promote the game. “The tyrannical lockdown mentality of Coach Kush turned 180 degrees as we went from our typical insane but mundane practice routine to living the life of gypsies, practicing around the state.”

The Fiesta Bowl organizer recalls Jack Stewart inviting both teams to his “Fox’s Den” house on Mummy Mountain for a barbecue and Christmas caroling. “By the time Florida State finished eating, we were almost out of food because the players ate two or three steaks,” he says. “Before ASU arrived, we had to call the Biltmore and Mountain Shadows resorts to replenish our meat supply.”

The Sun Devil defensive tackle recalls the event “being a lot of fun, scrimmaging in Miami [Arizona] and at the Rancho de los Caballeros dude ranch in Wickenburg, where we spent a few nights, to try and sell the game.” He believes the ASU victory resulted from always being held “accountable, [and being] hungry, humble, motivated and driven to succeed… along with a major fear of Coach Kush.”