Blue Clover Distillery enters the ring as a contender for Arizona’s best gin.

Small-batch distilleries are still a rare-enough commodity in Arizona that Blue Clover Distillery generated local interest just by opening its doors in 2018. Add the fact that mixed martial artis star Holly Holm is an investor – she’s the fighter who rearranged ex-champion Ronda Rousey’s neural network back in 2015 – and the buzz was doubly strong. Speaking of buzzes: Blue Clover makes both a vodka and a “modern, fruit-forward” gin, according to co-owner and distiller manager Weston Holm (the fighter’s brother). He showed us the ropes.

All gin begins as a neutral grain-based spirit. As their starting point, Weston Holm and his team chose a corn-based spirit, which is believed to impart a richer mouthfeel than other grains. Naturally, they also evaluated juniper berries – “All gins by law must use juniper,” he reminds us – but decided against Arizona junipers, which are notoriously harsh and bitter. “In the end, we went with a juicier, more mature berry from Europe,” he says.

Searching for the right mix of botanicals, the Blue Clover team supplemented the juniper with blood orange, rose and other flavors, including local prickly pear. “I grew up in New Mexico, so having the Southwest [represented in the gin] was important to me.” In the end, they blew through “85 to 100” different formulas before locking in on their preferred botanical mash.

During manufacture, the base spirit is macerated with the botanicals for 1-2 days before undergoing a final distillation to remove color and strip out the more intense flavors. “You don’t want too much of that juniper in there… or you might as well be drinking Bombay Sapphire.” The end result is so smooth, he adds, that Blue Clover began barreling it at their combined distillery-restaurant in Old Town Scottsdale to add woodsy character. Available for purchase at the restaurant, it can supplant bourbon or whiskey in certain cocktails (see below).

Combine ingredients in a mixing tin with ice and stir. Pack a rocks glass with ice, then dribble maraschino cherry syrup over the ice. Strain the cocktail into the glass and finish with a cherry. 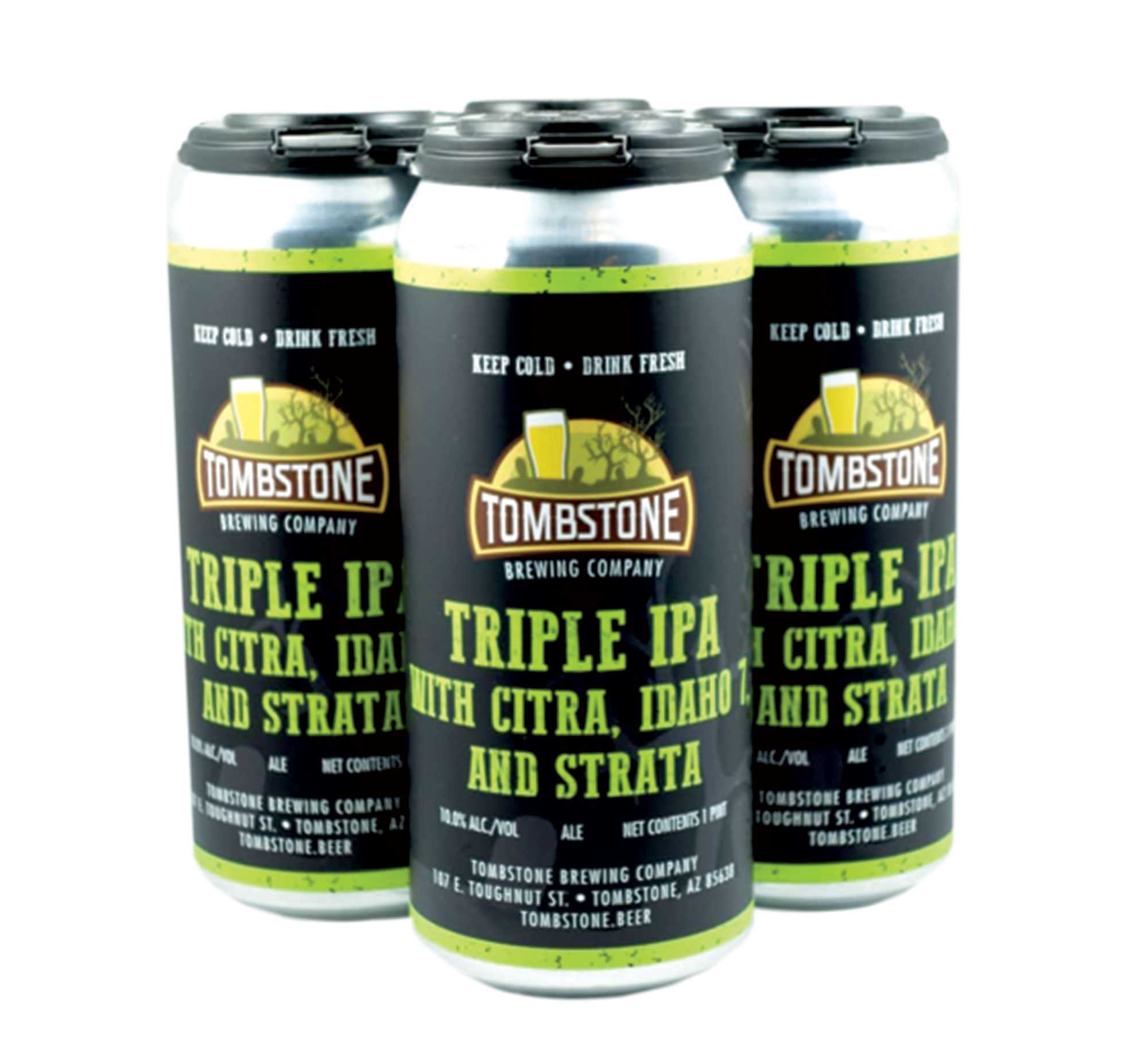 India Pale Ale/10% ABV/100 IBU
Have hops achieved celebrity status in the beer world, or what? The leafy bittering agents get title billing in this muscular yet well-proportioned hazy IPA from Tombstone’s beloved craft brewing mainstay, and yes, it’s like a hop clinic in your mouth. The lush piney-ness from the Idaho 7, the refreshing lime-grapefruit interplay from the Citra, the tropical funk of the Stratta, it’s all here – in “ludicrous” amounts, brags the brewer, but with enough malt and sweetness to justify the ludicrosity. A perfect high-gravity summer sipper. Available at Arcadia Premium and other fine beer stores. tombstone.beer 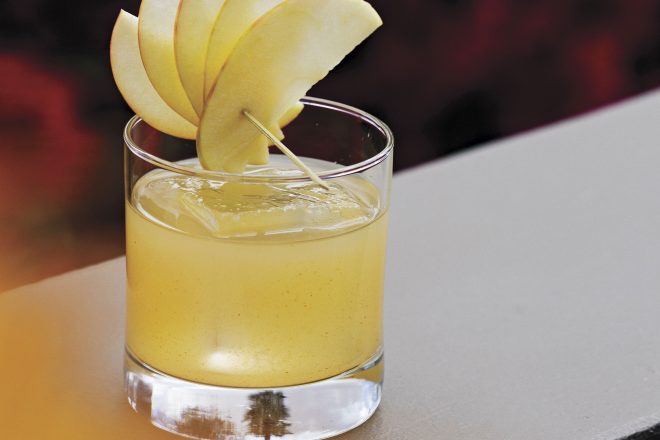