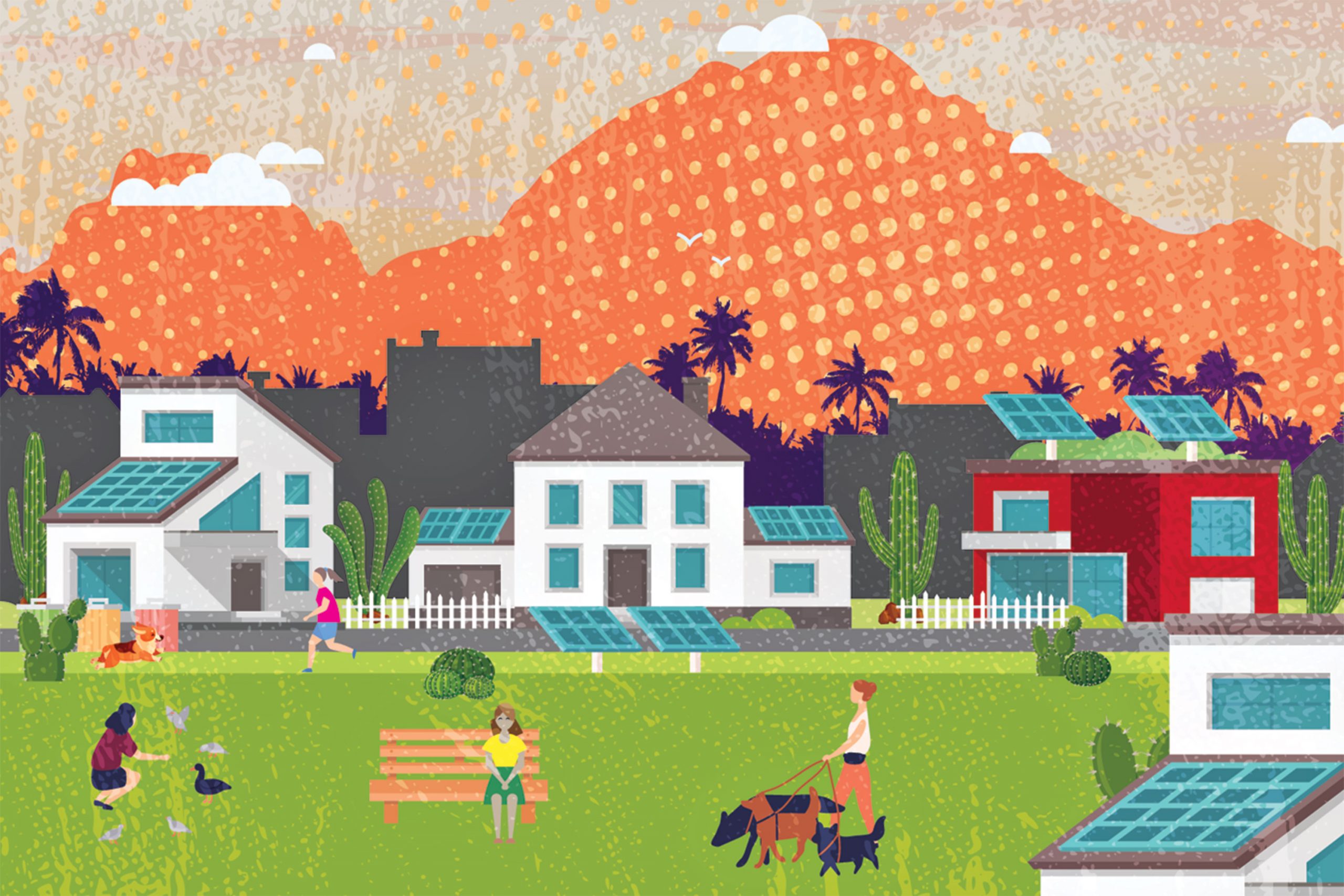 Considering a switch to solar energy can be an overwhelming process for homeowners. Installers’ motives are more than purely informational, and upfront costs are steep. Nonprofit solar cooperatives have emerged in the Valley to ease the process.

Bret Fanshaw, program director of Solar United Neighbors of Arizona, says the organization provides resources for homeowners to learn about solar opportunities. “We try to take the pitches out of it and give people the facts,” he says.

One way they do this is by organizing solar co-ops, groups of homeowners who are interested in going solar around the same time. Sometimes, SUN will work with partners to find an area with high interest and open a registration. In other cases, a group of homeowners may approach SUN, which created its first co-op last year in the East Valley. It ended up with 40 households, of which 20 went solar. A Phoenix co-op launched in January with almost 30 households, and a Tucson co-op netted more than 150 over the summer. Due to COVID-19, SUN has gone virtual. “Now, kitchen table meetings are turning to Zoom meetings,” Fanshaw says. Membership doesn’t require a commitment to change to solar energy, but homeowners can explore options, use group purchasing power and be part of an installer selection committee.

Cost is still a barrier. EnergySage, a website that compares market prices for solar energy, says that as of July, Arizona’s average solar panel cost is $2.79 per watt. For an average 5-kilowatt system, the cost could be in the range of $13,950. Even with current federal tax credits and Arizona tax credits at 26 percent and 25 percent (up to $1,000) respectively, upfront costs can remain in the thousands. Long-term savings might be worth it to some – Arizona Public Service has proposed a $184 million rate hike to take effect in December, with an expected monthly bill increase of 3-6 percent for 95 percent of customers. A sample savings analysis on SUN’s website shows an APS average usage household with an 8-kilowatt system saving more than $1,000 in its first year.

SUN co-hosts a virtual National Solar Tour with the American Solar Energy Society from September 28 to October 4, with tours of solar homes and businesses.