Paradise Valley creator Shanna Israel considers herself somewhat of an artistic chameleon. She blends into each of her pieces to let the story behind them converse with the audience. “You’ll never know that my pieces come from the same person,” Israel says.

One recurring theme is impossible to squander in all her artwork, though – the purpose behind it.

Israel often collaborates with other people in the Phoenix community to produce story-based art and raise proceeds for different charities around the city. Recently, she joined forces with award-winning chef Chris Bianco to raise funds for Phoenix Children’s Hospital.

Bianco is the chef-owner of the Pizzeria Bianco restaurants in Phoenix. He won the James Beard Award for Best Chef in the Southwest in 2003 and VOGUE food critic Jeffery Steingarten called it “The best in the world.”

Bianco isn’t just the man in the back kitchen, though. He’s also the one holding open the door. In numerous interviews and conversations, he has repeatedly emphasized the importance of community, especially in hard times. “All we can do is all we can,” Bianco says to Israel during their partnership debut. “Whether it’s giving your time or a tomato.”

Their collaboration brought something to the table that Israel had never worked with before: food. “Dealing with food products was a new challenge all the way through,” Israel says. “It was a really new platform that I was really excited about.”

In a quirky art-debut video, the duo meets on Zoom, and Bianco “hands” Israel each ingredient through the screen, which she later incorporates into the piece.

Some of the components of the final piece of art consist of garlic and onion skins, spindles of dried pasta, a cookbook and tomato cans from Bianco’s California tomato business.

For Israel, art is her way of expressing positivity in the community. “Not focusing on the negative… it’s like a language we have to relearn,” Israel says. “We’re trying to create hope, and that’s the thing I can showcase visually.”

The word “hope” springs out from the background of the piece, a tribute to the front line workers and children at the Phoenix Children’s Hospital, but also a critical message for the community during these times.

“For me, the softest spot in my heart really is when I think about children suffering because they don’t know truly what’s happening,” Israel explains. “And then to have [the coronavirus] added on top of everything, it’s just an extreme place.”

Both Israel and Bianco work to integrate themselves fully in their community. In their collaboration debut, they both spoke about one of the practices that keeps them moving forward.

“Gratitude is the most important ingredient,” Israel says. “It’s part of the necessary formula to triumph over adversity.” 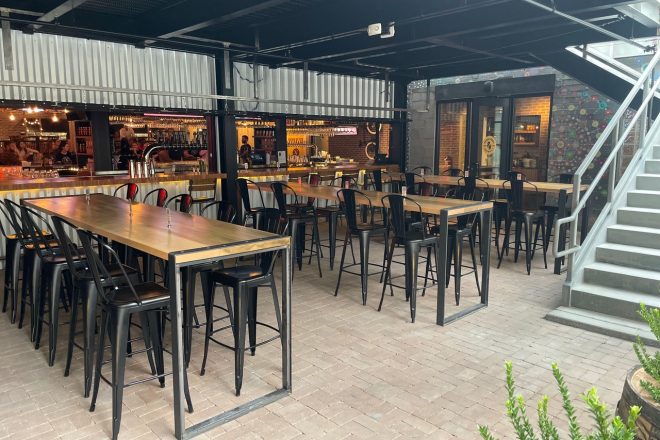 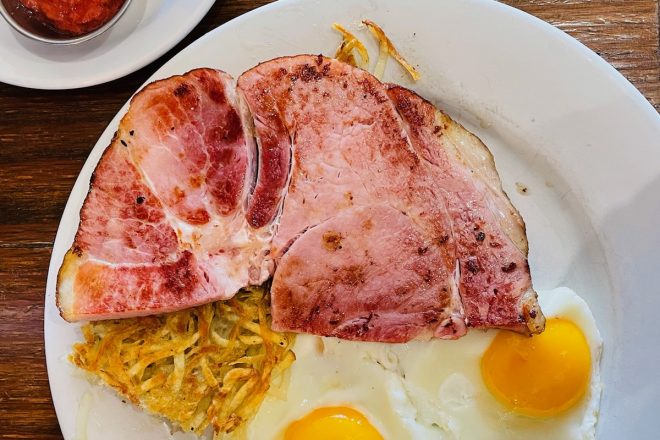 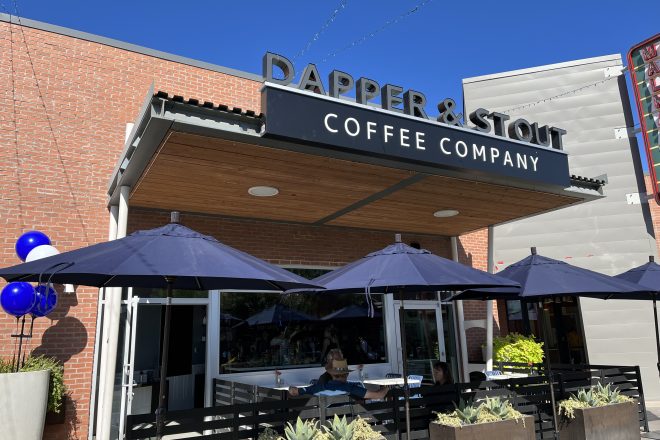