How the killing of a 73-year-old waiter in Arcadia came back to haunt the Chicago mob.

Crouching inside a windowless van parked behind one of Phoenix’s fanciest restaurants, the mob hitman carefully unfurled a blue plastic tarp across the empty cargo bed, cracked the sliding door slightly ajar and settled in to wait for the maître d’. A cold, calculating killer for the Chicago Outfit, Nicholas “Nicky Slim” Calabrese would eventually plead guilty to participating in 14 murders for the notorious crime family once headed by Al Capone. So nothing was left to chance on that Friday night in 1986, right down to the freshly dug grave waiting in the desert.

Dispatched to Phoenix as part of a seven-man hit squad, Calabrese’s crew cased the victim for weeks, nearly shooting him at his wife’s dress shop, before deciding to kill him after his dinner shift at Ernesto’s Backstreet restaurant. Famed for its tuxedo-clad staff and “Rolls Royces parked just outside the front door,” as The Arizona Republic once wrote, this back-alley space at Arcadia’s Gaslight Square is now home to farm-to-table favorite The Market by Jennifer’s.

So who was Mal Vaci and, more important, why did the Outfit want him dead? According to Family Secrets: The Case That Crippled the Chicago Mob by Jeff Coen, Vaci was entangled in one of the Outfit’s most infamous scams – “skimming” millions of dollars from Las Vegas casinos. 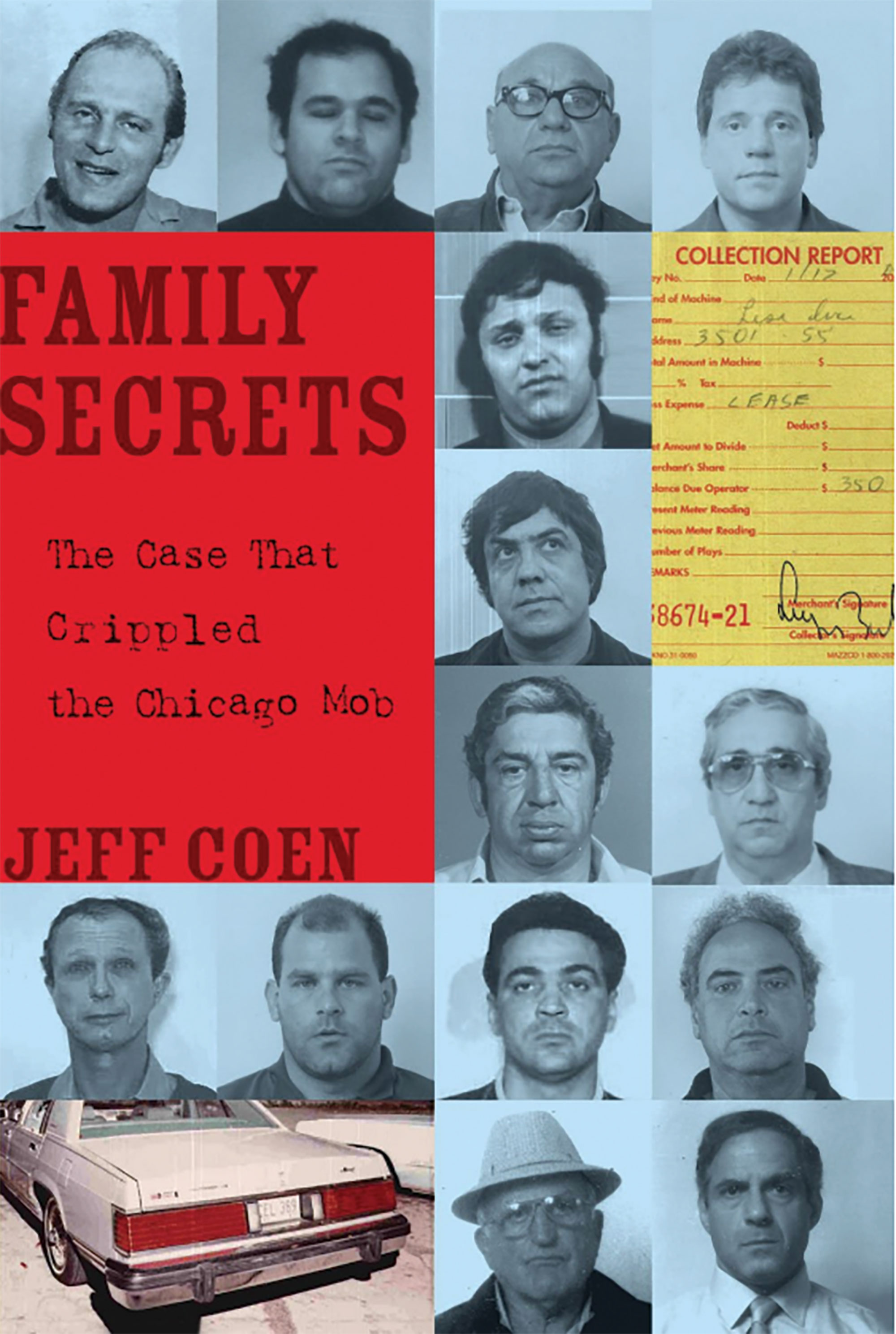 How do you steal from a casino? It helps if you own the owner. In the mid-1970s, the Outfit, backed by $162 million in loans from a mob-controlled Teamsters pension fund, went on a buying spree. Funneling the money through a frontman, the Outfit secretly took over the Hacienda, Marina and Stardust casinos on the Las Vegas Strip, and the Fremont downtown.

“It was like putting the fox in charge of the chicken coop,” testified Dennis Gomes, the former Nevada Gaming Control Board investigator who cracked the case wide open. Gomes suspected, correctly as it turned out, that the Outfit was “skimming” profits right off the top, before they could be counted, and taxed, by state and federal authorities. At the time, slot machines only accepted coins, so the massive haul each casino raked in every day was counted by measuring the weight of the coins. Inventively, the Outfit recalibrated the scales to count only $9 out of every $10 collected. 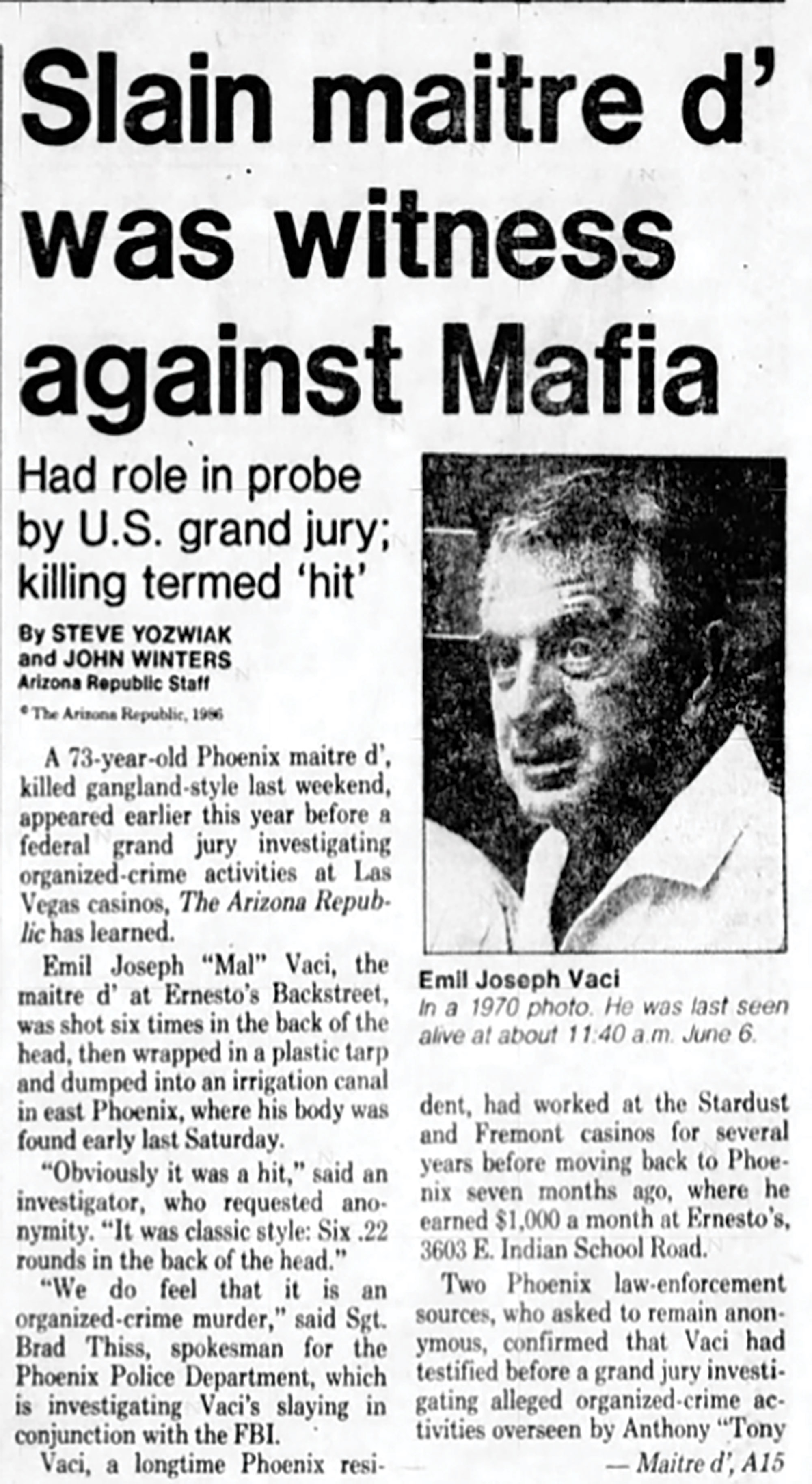 Clipping from The Arizona Republic, June 1986

But what no one suspected was that the Stardust’s slot machine manager had come up with an even better scam. George Jay Vandermark installed “phantom [cashier] booths in the middle of the casino floor, right under the nose of the gaming commission inspectors, generating pure mob revenue, 100 percent unaccounted, unreported skimmed funds to the tune of millions of dollars a year,” writes author – and nephew of “Nicky Slim” Calabrese – Frank Calabrese Jr. in his memoir, Operation Family Secrets.

The scam fell apart when Gomes surprised both the Outfit and its spies in local law enforcement by leading an impromptu two-man raid on the Stardust’s counting room in May 1976. Gomes was shocked to learn that Vandermark had skimmed an incredible $7 million. But not as shocked as Vandermark’s bosses back in Chicago, who, Calabrese Jr. writes, “received only $4 million.”

On the run with some $3 million in stolen mob cash, Vandermark fled to Mazatlán, Mexico. Less than a week later, his adult son in Las Vegas was found bludgeoned to death. Months later, Vandermark secretly slipped back across the border to hide out in Phoenix, checking into the Arizona Manor Hotel under an assumed name.

Which brings us back to our unfortunate mob target, Vaci, who before serving as the maître d’ at Ernesto’s Backstreet, “spent 20 years at the old Arizona Manor Hotel, a resort at 24th Street and Camelback,” The Arizona Republic reported. “The resort’s history included an unsolved bombing in August 1970 that injured six people [and] was identified by federal officials as a contact point in a nationwide sports-gambling probe that involved baseball pitching great Dizzy Dean.

“Besides his resort duties,” the Republic continued, “Vaci organized vacation junkets to Las Vegas.” He recognized Vandermark at the Arizona Manor and shared this information with his mob contacts.

Not long after, two Outfit hitmen checked into the Arizona Manor. “They paid Vandermark a visit and took him for a walk,” Calabrese Jr. writes. “After he was killed on the premises, his body was taken out in a wheelchair, driven to the desert and buried.” 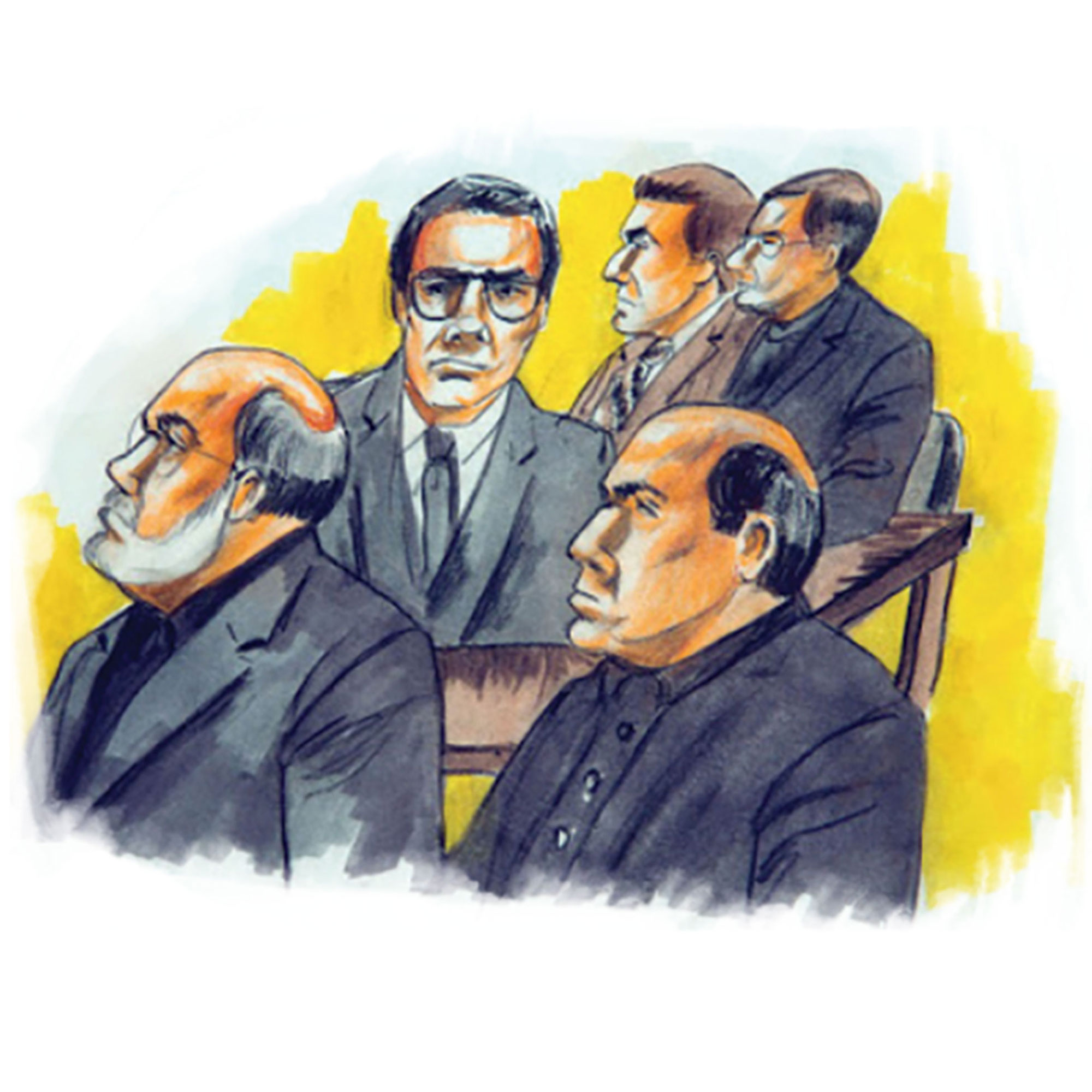 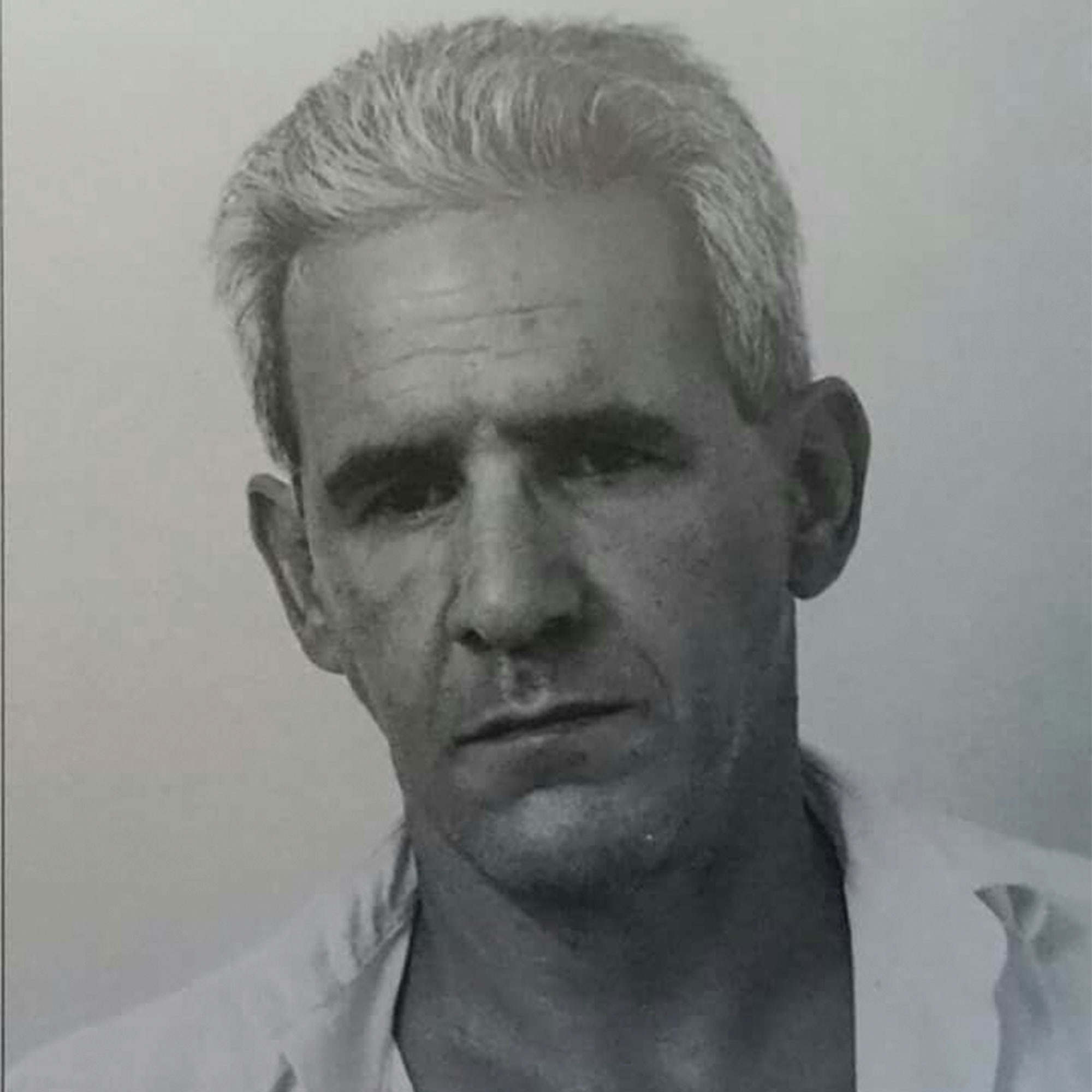 Ten years later, investigators digging into Vandermark’s disappearance had honed in on the Arizona Manor as the last place he was seen alive, and called Vaci in for questioning. Vaci vehemently denied any knowledge of Vandermark’s whereabouts, but his co-conspirators back in Chicago weren’t taking any chances. As Calabrese finally confessed decades later, when he became the first “made” member to testify against the Chicago Outfit, he was personally sent to Phoenix to take care of the problem.

On a sweltering June night in 1986, Vaci was last seen exiting Ernesto’s around 11:40 p.m. This time, there was no one to witness as Calabrese whipped the van’s door open and yanked the maître d’ inside. Panicked, Vaci tried to hand over his wallet – until he spotted the blue plastic tarp.

“I promise I’m not going to say nothing,” Vaci blurted out. Asked what he said in response, Calabrese told the jury, “I shot him in the head.” Skipping the long drive to the desert grave, Calabrese and his getaway driver heaved the dead man’s body into a dry irrigation canal on 48th Street south of Thomas Road, where hikers would discover him still wrapped in a blue tarp around 5:30 a.m. the next morning.

By then, Calabrese and his accomplice had driven through the night to Las Vegas. Stopping only once along the way, Calabrese used a payphone to report back to his bosses in Chicago, saying, “You know, I haven’t been feeling too well. But last night I had some soup.”

Decades later Calabrese turned on those same bosses, after learning investigators found his DNA on a pair of bloody gloves left at a different murder scene. Fearing he would be killed next, Calabrese helped convict five fellow members of the Chicago Outfit for 10 murders. Reportedly released from prison in 2012, Calabrese is in the Federal Witness Protection Program and his whereabouts are unknown.

Founded by the Rolls Royce-driving developer and restaurateur Romano Sbrocca, this sprawling strip mall at 36th Street and Indian School Road has long been home to both killer dishes and deadly killers – even after Emil “Mal” Vaci’s murder.

Phoenix restaurateur Giuseppe “Joe” Calo pleads guilty to seven murders, but not before telling investigators Sbrocca ordered him to kill the victims to cover up Sbrocca’s alleged drug dealing. “Calo is a world-class liar,” Sbrocca tells the Phoenix New Times, while awaiting sentencing for a different crime (see below).

“FBI money sting nets 10 in Phoenix,” The Arizona Republic reports, as Sbrocca is arrested for allegedly scheming to launder as much as $750 million in purported drug money. A native of Italy, Sbrocca insists he’s been targeted because of his heritage, telling New Times that despite “30 years” of rumors connecting him to the mob, “I have no criminal record. I have nothing to really hide.”

Frank Capri, co-owner of Gaslight Square’s new Parma Italian Roots restaurant, is arrested and charged with fraud, conspiracy and money laundering tied to “63 restaurant projects that either closed after opening, were left unfinished or never started,” The Arizona Republic reports. The newspaper reveals that Capri – born Frank Gioia Jr. – was a former “made” member of New York City’s Lucchese crime family who became a government witness before being relocated to Phoenix.