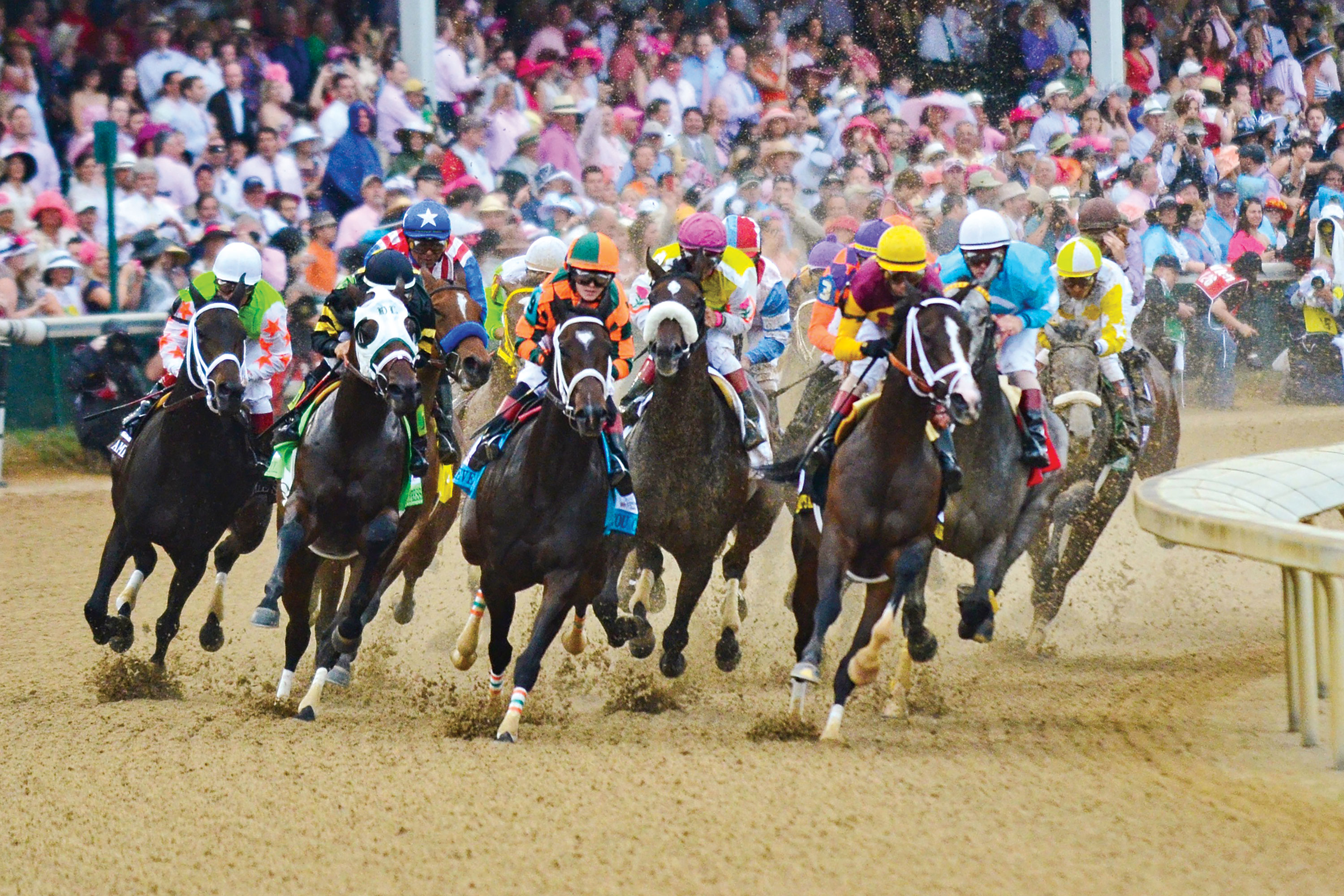 Going to the Kentucky Derby this year, or planning a weekend spirit quest? Sprint out of the gate with this checklist.

The coworker, who shall remain nameless, emerged from the elevator in the most awesomely ludicrous seersucker suit I’d ever witnessed on a live human being.

Smiling broadly and ruddily, he explained that he was hopping a plane for Louisville later in the day to live it up at the Kentucky Derby, and wanted to get into character for the flight. “It’s all part of the process,” he explained, adding that he typically encounters throngs of Valley-based Derby fans en route. I did the math in my head and figured some in-flight drinking was most likely in the cards.

Thus, I first became aware of the uniquely robust connection between Phoenix and the world’s best-known thoroughbred horse race. Billed as “The Most Exciting Two Minutes in Sports,” the Derby is run on the first Saturday every May, serving as a hajj of sorts for partiers, pari-mutuel bettors and folks who simply love a good cosplay opportunity – and goodness knows, we have plenty of all three in Greater Phoenix.

But slamming mint juleps on the infield at Churchill Downs is not all they do – they also eat, sightsee and explore this jewel of a city in Northern Kentucky. Theoretically. So if you plan to be one of them in 2020 – or have an itch to visit during a less frenetic time of the year – consider checking out this lucky seven.

No direct flights from Sky Harbor to Louisville Muhammad Ali International Airport, but American Airlines can get you there for $300 with a relatively painless layover in Dallas.
aa.com

You’re probably a little peckish after your nondirect flight from Phoenix. First order of business: Head to the historical Brown Hotel (brownhotel.com) and obtain nourishment in the form of Louisville’s signature restaurant staple – an open-face turkey and bacon sandwich smothered in rich Mornay sauce (ergo, the “brown”) and baked until the edges of the bread are crunchy and singed. The thing was invented at the hotel in the 1920s, so eating it here has a certain genealogical resonance, like drinking a Tequila Sunrise at the Arizona Biltmore back home. 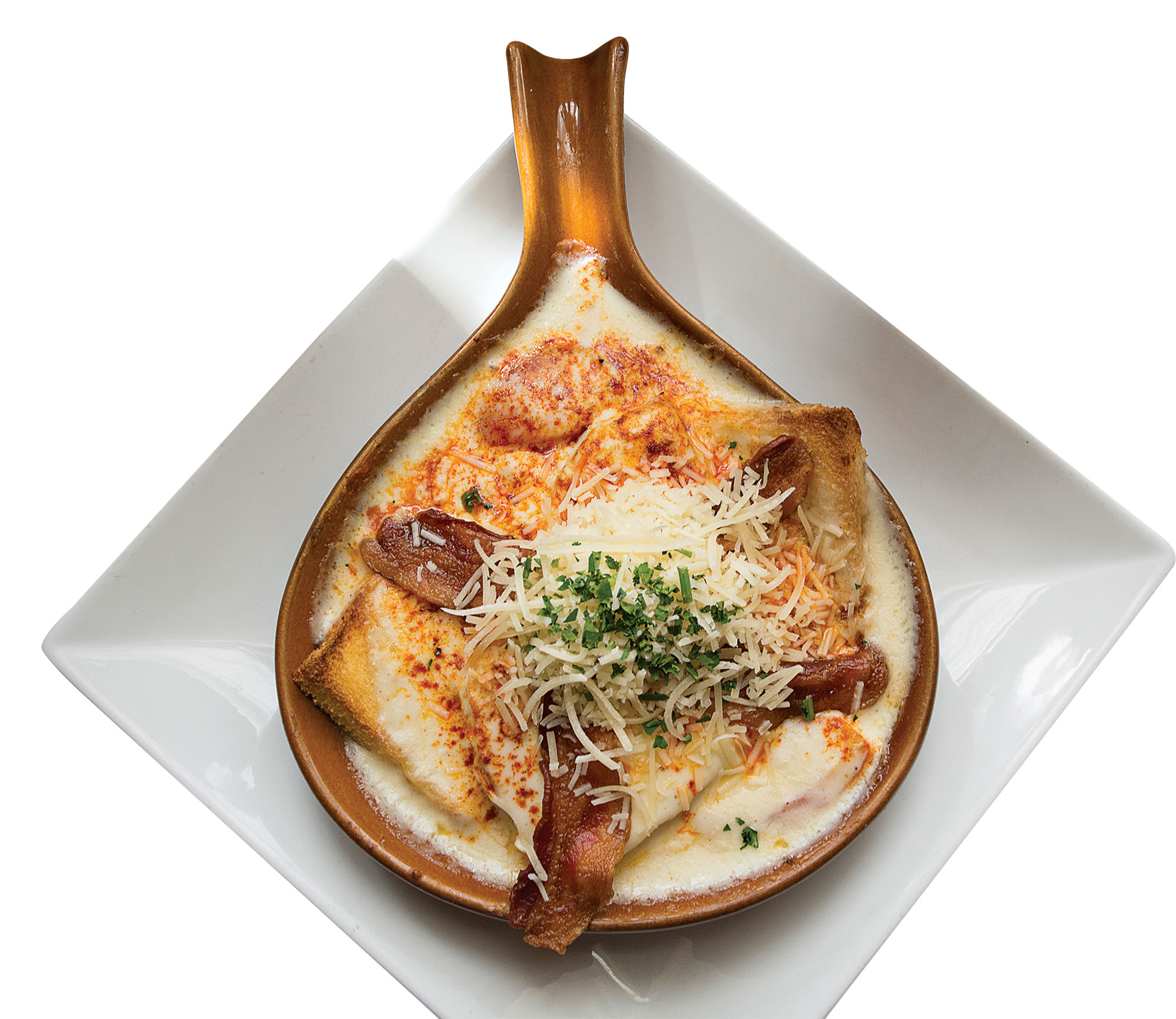 The Hot Brown at the Brown Hotel; Photo by Craig Outhier

Driving through Old Louisville and its fascinating menagerie of 150-year-old Italianate mansions, one ingests history in smooth, eye-pleasing gulps – and most taxi and rideshare drivers are happy to provide a running commentary.

Louisvillians are a genial, talkative bunch (owing to their pseudo-Southern roots) with an introspective streak (from their Northern DNA). They evince mixed pride about this former frontier town and riverboat port – disappointment and maybe a touch of jealousy over ceding regional primacy to Nashville, with its pro sports teams and Fortune 500 companies, but also satisfaction in holding firm to their identity, and avoiding the most toxic extremes of gentrification. Though about the size of San Francisco in population, it has the energy – and traffic – of a much smaller city, and the laid-back mien to boot.

Well, early May, obviously, when the Derby is contested. But race season runs April 25-June 30, and again September 16-December 29. Summers are slightly muggy but comfortable.

Among its many virtues as a long-weekend-type visit for Phoenicians, Louisville is the birthplace of absolutely the coolest, most visionary hospitality chain in America: the 21c Museum Hotel (21cmuseumhotels.com). Founded by fifth-generation Louisvillian Laura Lee Brown – heir to the Brown-Forman beverage fortune – and her husband, Steve Wilson, 21c is both a fully functioning 91-room boutique hotel and a 24-hour, free-to-the-public modern art museum, with hundreds of 21st-century original works blanketing 9,000 feet of exhibition space. You can walk out of your room, hit “L” in the elevator and find yourself in the midst of a pre-colonial-themed installation done in dogwood blooms literally seconds later. 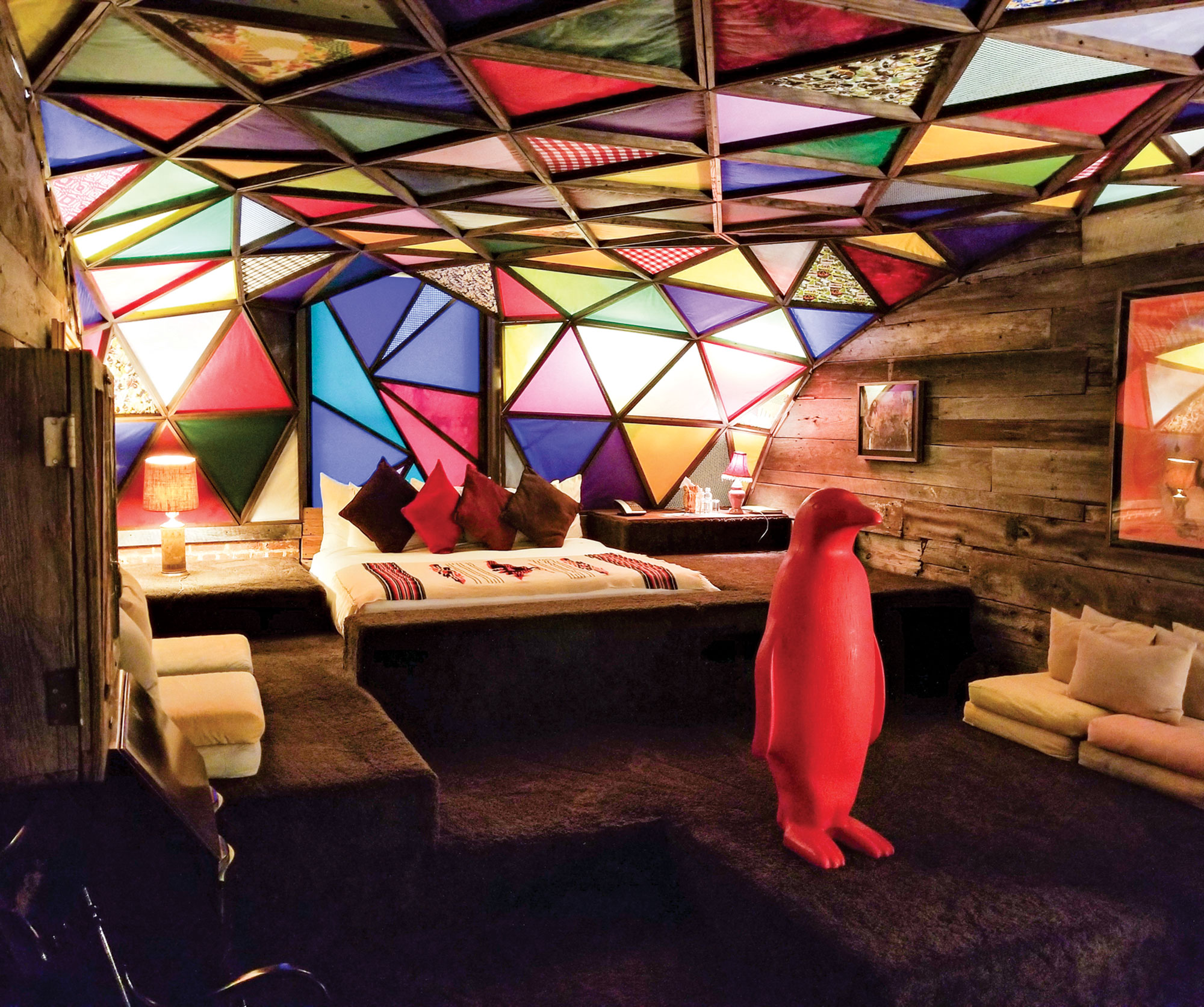 In 2007, Brown and Wilson – both longtime Louisville arts benefactors – purchased five adjacent warehouses in downtown Louisville and created their hybrid hotel-museum vision, including the on-site restaurant, Proof on Main, named the best farm-to-table restaurant in Kentucky by Food & Wine magazine. Propelled by its success, they subsequently launched 21c sister properties throughout the near-Midwest, in Nashville, Kansas City, Cincinnati and Chicago, among others.

The 21c chain has not yet expanded west of Oklahoma City, but one can easily envision it finding a home in Phoenix’s resurgent Downtown, perhaps in our underutilized historical properties. (We’re looking at you, Westward Ho.)

From the 21c, it’s a quick stroll not only to the Louisville Slugger Museum & Factory – a must-visit, with its iconic, 12-story baseball bat convo piece out front – but the Ohio River itself, the lifeblood of pre-industrial Louisville.

The river has a broad, comfortable boardwalk with scenic views of the mighty waterway. Across the water, you’ll also glimpse a landmass locals like to refer to as “Indiana,” an exotic land of smelter remnants and basketball enthusiasts. Never been? Just walk to the Big Four Bridge and take a 10-minute stroll over the water to check it off your 50-state list. 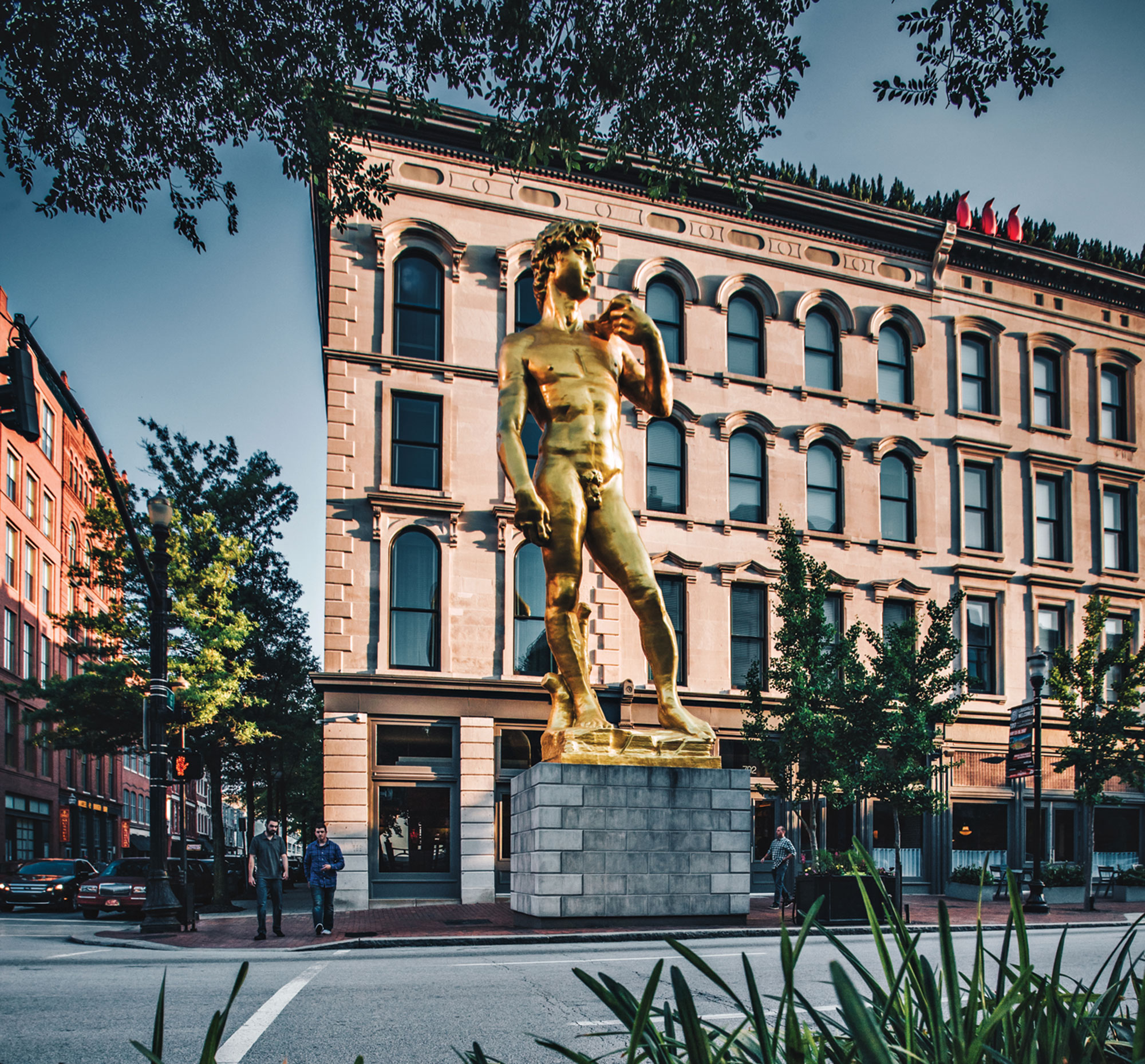 the statue of David downtown; Photo courtesy City of Louisville

More epically, book passage on the Belle of Louisville, a 1914-era paddleboat that makes two-hour sunset sightseeing tours of the river, with optional meal service (belleoflouisville.org).

Capable of ferrying 600 passengers, it’s a beast and a beautiful way to see Louisville at night. 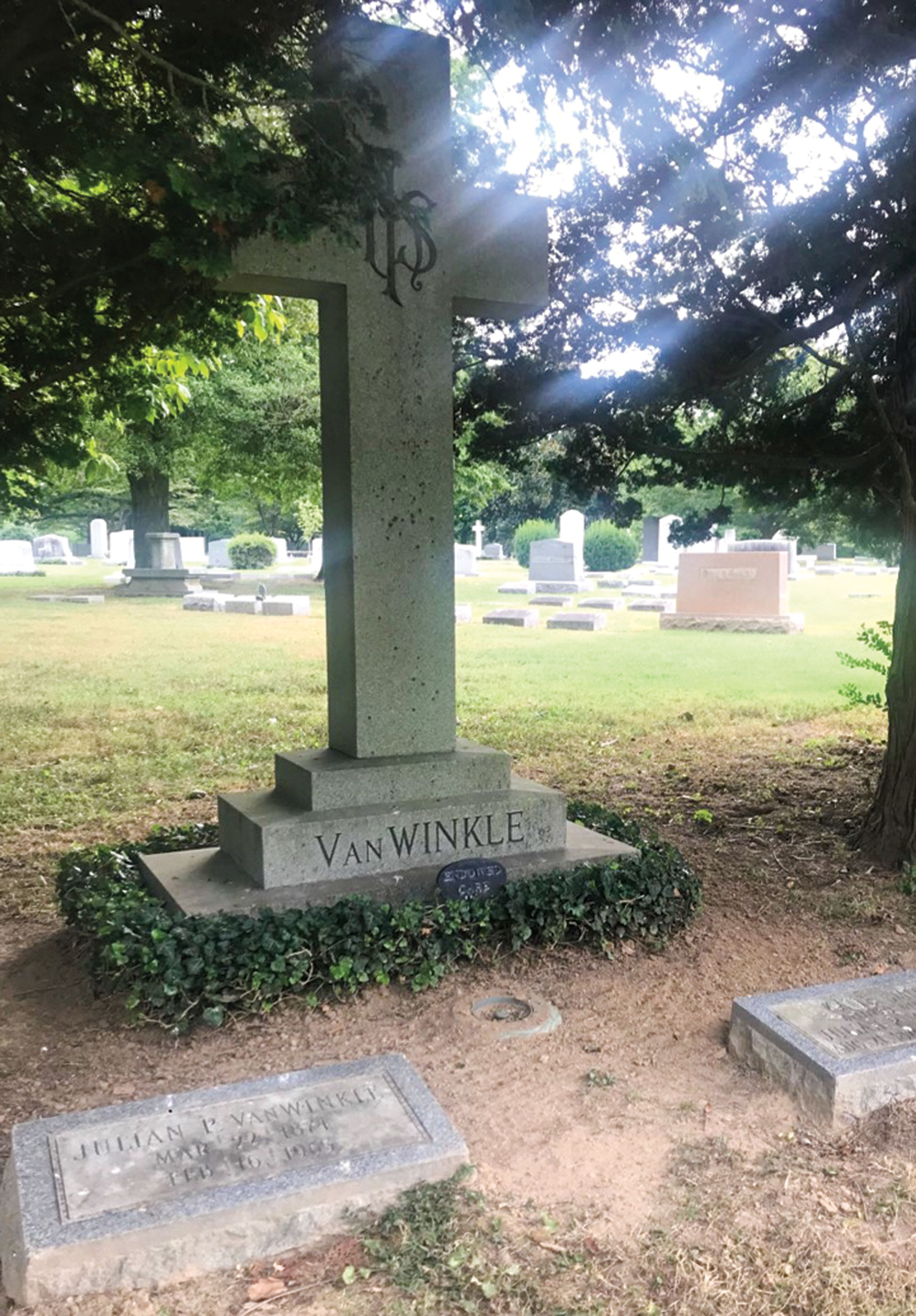 Louisville and Phoenix don’t immediately appear to have much in common, but the respective cities do share one powerful link: We both have legitimate claims to boxing great Muhammad Ali. The famed pugilist was born and raised in Louisville, where his name now graces the airport, and spent the last half of his life in Paradise Valley, where he passed in 2016.

6 Embark on a Pappy pilgrimage.

Bourbon is sort of a big thing in Kentucky, you might have heard. In fact, I consider it a stirring feat of restraint that I wrote more than half this article before even mentioning the word “bourbon.” So, without further ado, a Pappy Van Winkle pilgrimage in three parts, honoring the world’s smoothest, most luscious, most obscenely marked-up American whiskey.

-> A Stitzel-Weller Distillery Tour: Though Pappy Van Winkle bourbon is now distilled 60 miles away in the capital city of Frankfort, you can stay in Louisville and see where it all started at this semi-mothballed factory and warehouse facility, once owned and operated by the wizened cigar-puffer himself. You’ll see how bourbon was distilled, barreled and bottled during the factory’s 1930s heyday, and then one of the chipper, knowledgeable tour guides will sit you down and get you a wee bit drunk. (Not on Pappy, but Bulleit, which currently owns the property. Still, it’s quite nice. And merely $10.) bulleit.com

-> Bourbons Bistro: Shockingly, you can find pours of 10-year Pappy for around $30 all around Louisville – such a weird and enticing concept for bourbon lovers from Phoenix, where the stuff is ruthlessly allocated and marked up 1,000 percent by the few bars that carry it. And few bars in Louisville serve a bowl of steamed mussels as intoxicating, garlicky and Pappy-worthy as this food-forward watering hole in the city’s maker-centric Clifton district. Friendly staff, cheap Pappy, perfect mussels. Pilgrimage complete. bourbonbistro.com

7 Get thee to Churchill Downs.

It’s hard to think of an American city more tightly associated with a signature event than Louisville and the Kentucky Derby. And you can’t think of the 145-year-old race without picturing the iconic twin spires and distinctive grandstands of Churchill Downs (churchilldowns.com). Whether you visit on race weekend or not, a walking tour of the racetrack run by the Kentucky Derby Museum (derbymuseum.org) is time and calories well-spent. Starting at sunrise, you’ll watch trainers and jockeys work out their equine wards in the crisp morning air, learn fact after fact about the race (sample tidbit: only three fillies have ever won the Derby) and tour the tony luxury box seats known as “millionaire’s row.”

-> Pro tip: Politely excuse yourself after lunch. The remaining hour of the tour doesn’t add much, and there are other adventures to be had in this town of bourbon and horse fanciers. Bet on it. 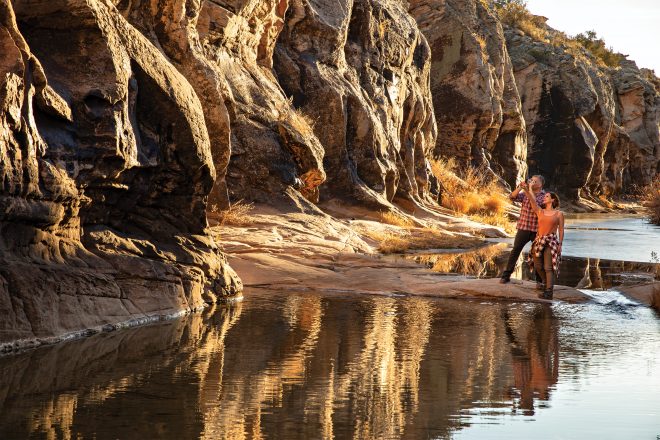