Boxer Zora Folley fought Muhammad Ali for the heavyweight title only to later die under mysterious circumstances while serving as a Chandler city councilman.

Before their 1967 heavyweight title bout, future Valley resident Muhammad Ali had nothing but nice things to say about Zora Folley, a decorated military veteran who brought boxing glory to Greater Phoenix almost two decades before “The Greatest” decamped for Paradise Valley. “That Folley’s such a nice, sweet old man, eight little kids… thanks me all the time for giving him a chance,” Ali told The New York Times. “How am I ever gonna get mad at him and build up for this fight?”

Folley’s graciousness hid a quiet determination that led him to boxing’s apex, and later to become Chandler’s first black councilman. A few months into his term in 1972, however, Folley’s suspicious death cast doubt on his reputation. 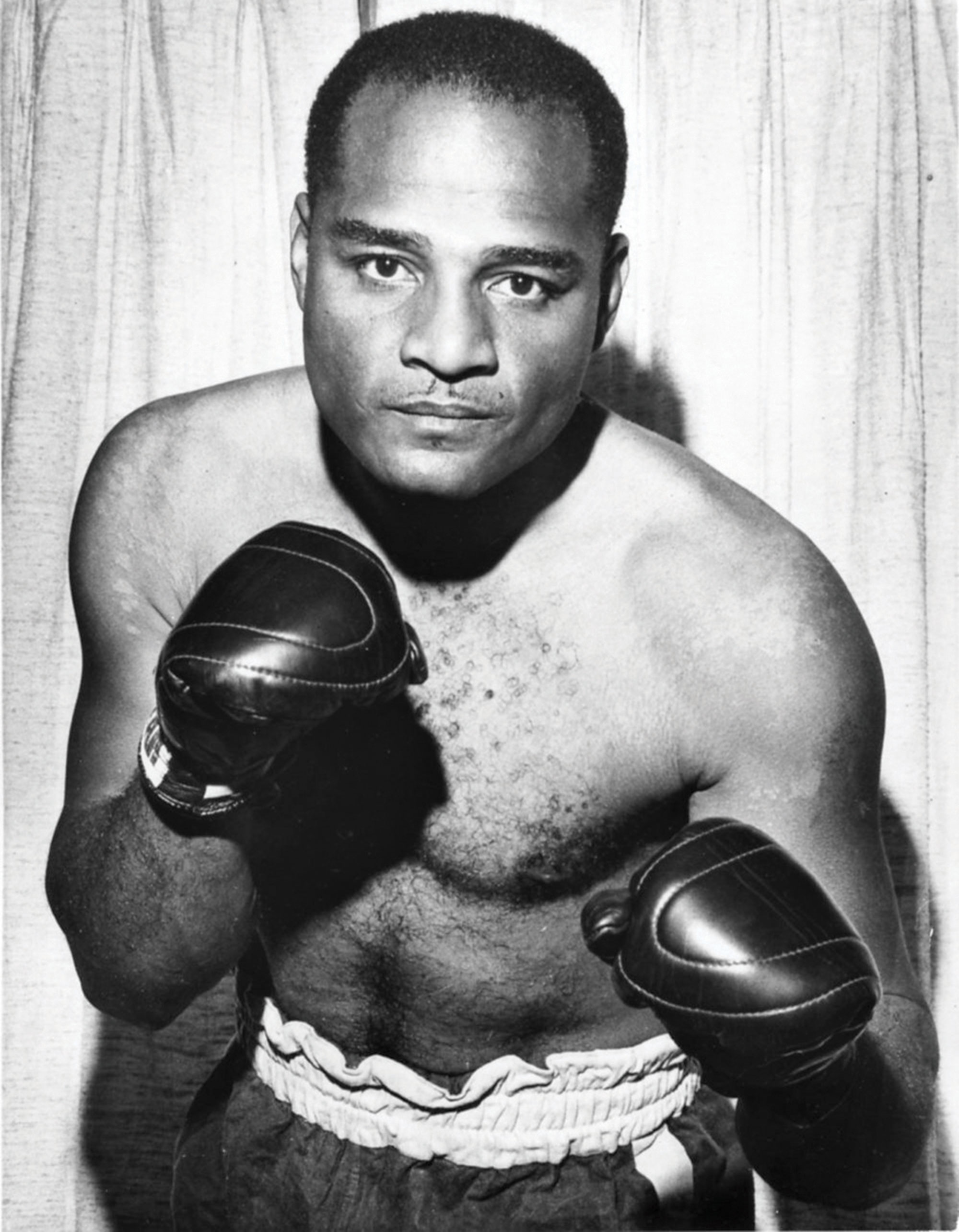 Folley moved to Chandler at age 10 with his mother and siblings from Dallas after his parents separated. He was a natural athlete who loved baseball. “I could hit ’em far, when I hit ’em,” he told The Phoenix Gazette in 1957. He joined the United States Army at age 16 in 1948 and found his calling after volunteering for a boxing match. Folley lost, but went on to win all but one of his 72 service fights. An elegant but cautious counterpuncher, he possessed a good jab and a ferocious right. But these bouts were tame compared to what Folley experienced in the Korean War.

“I can’t get nervous anymore; I left that all back there,” Folley said to Sports Illustrated in 1967. “The Chinese would pour in and come at you screaming, blowing the bugles, and you couldn’t stay nervous long. That’s all there seemed to be – Chinese, blood and mud.” Folley was awarded five battle stars for combat before being evacuated for frostbite.

While on leave in 1952, Folley married Chandler resident Joella Arbuckle. After his discharge the following year, he began his professional boxing career. By 1958, he had compiled a 39-2-1 record and was the top-ranked heavyweight contender. “If Floyd [Patterson] had given me a shot, I would have been champion years ago,” Folley said in 1967. “But he was afraid of me.”

Finally, at age 34 and past his prime, Folley got his chance at the title in the fight against Ali. Chandler residents reveled in the national exposure and cheered on their local champ. “As a kid, I would tag along with him when he jogged,” says Don Carpenter, a neighbor. “He was the nicest man.” The city hosted a dinner in Folley’s honor at the San Marcos Hotel before he left for the bout at New York City’s Madison Square Garden. 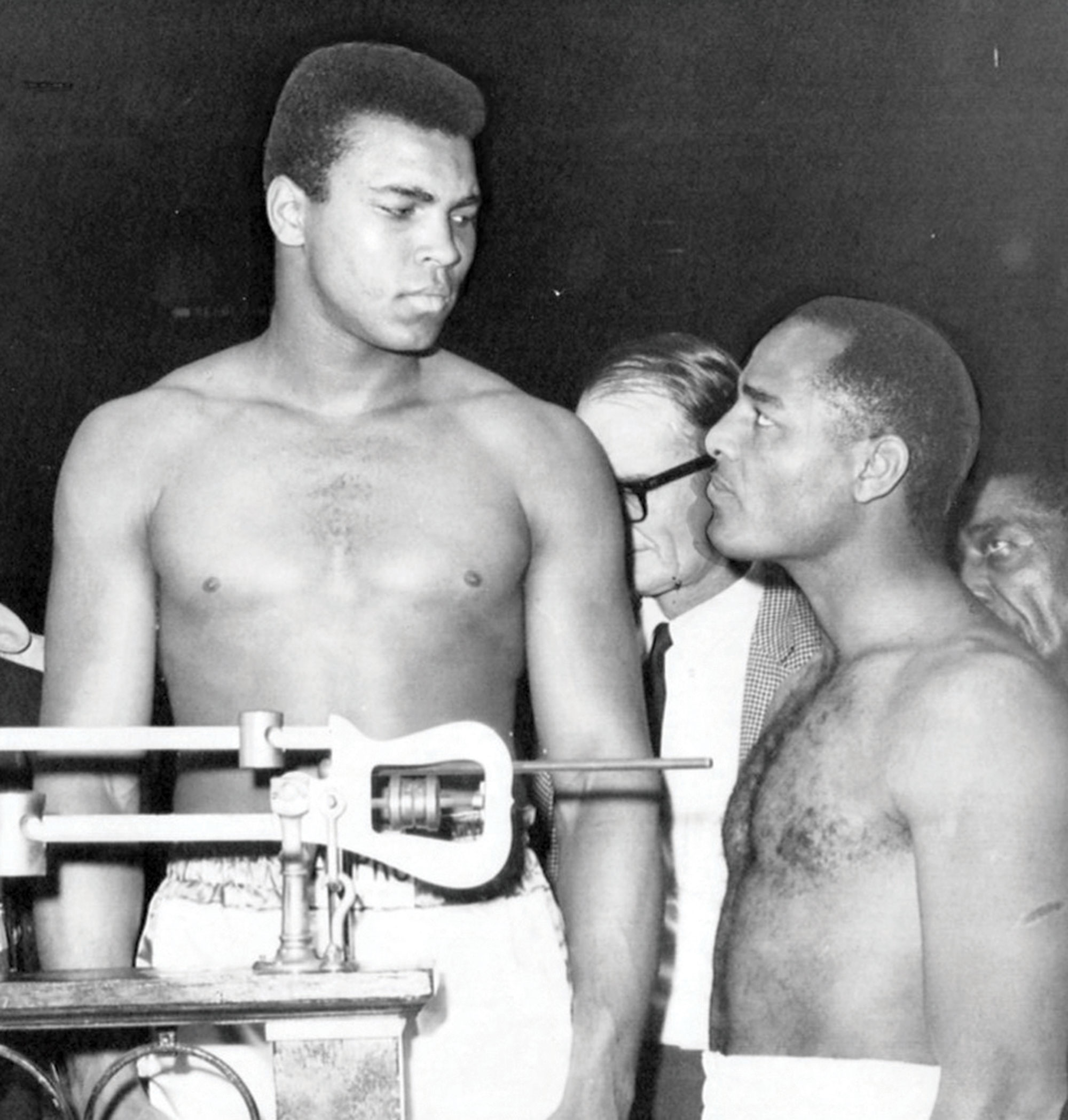 Muhammad Ali and Folley weigh in before their 1967 bout; Photo courtesy Chandler Museum

There was no TV or radio coverage of the fight. “We all went to Austin Field, Chandler High’s football field, and listened over the loudspeaker to round-by-round results received by ticker tape,” Chandler resident Dana Yeager recalls.

His Valley contingent rejoiced as Folley won the first two rounds. Ali, however, knocked him out in the seventh. “He was a better fighter than Sonny Liston, Floyd Patterson or Ernie Terrell,” Ali said. “He was slick, tricky and a good boxer.” Folley continued his career but had a spotty 5-3-2 record afterward. He retired in 1970.

Folley unsuccessfully ran for Chandler City Council in 1972, but was appointed to fill a vacancy. He also worked as an auto salesman. Tom Frizzell recalls buying a car from Folley, who had a deep, melodious voice. “Zora told me Ali’s hands were so fast he couldn’t anticipate anything,” Frizzell says. “He said we’d go to lunch the next day after my car arrived, but that he had to leave for Tucson. The next morning, my mom shook me awake and announced, ‘Zora Folley is dead!’” 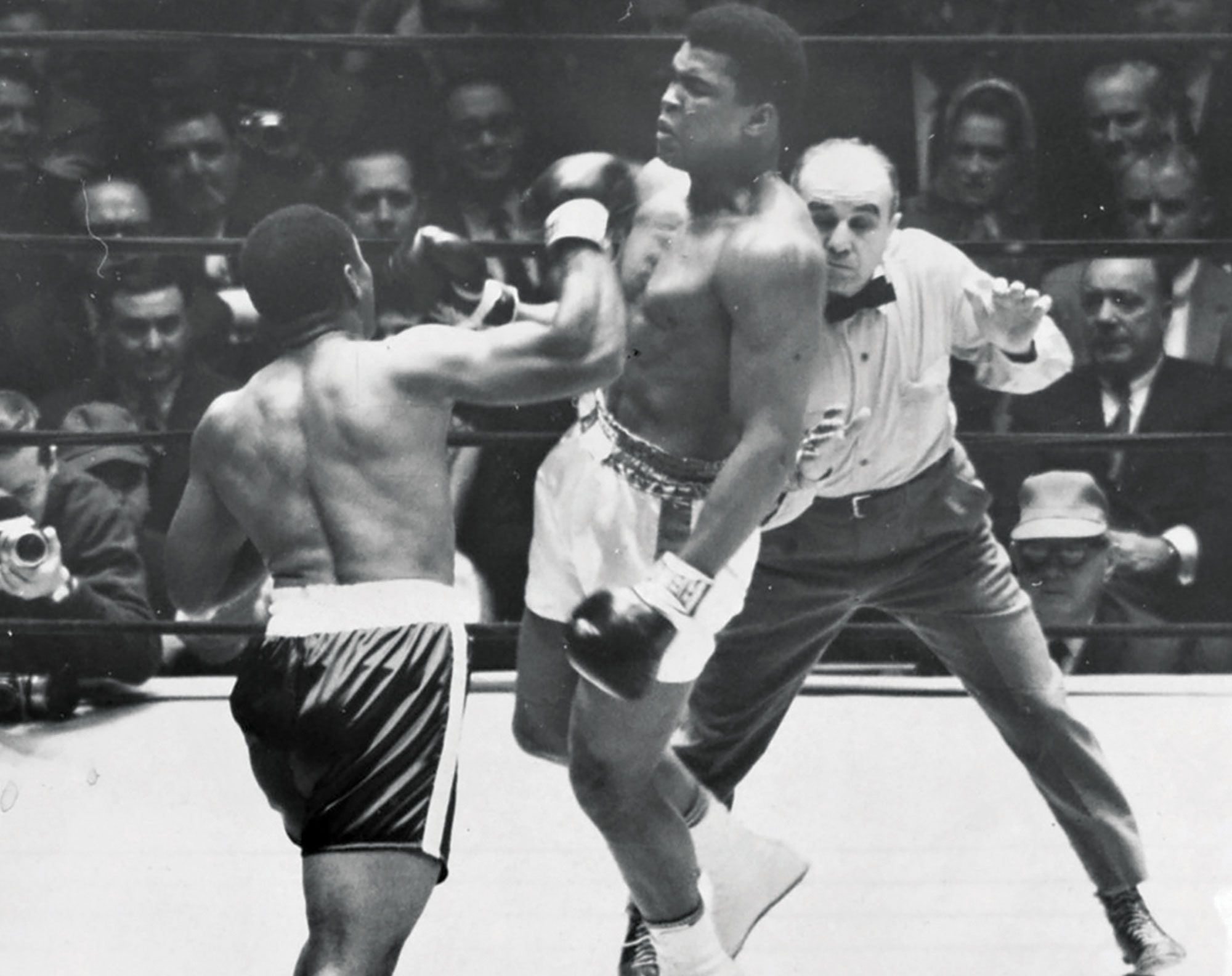 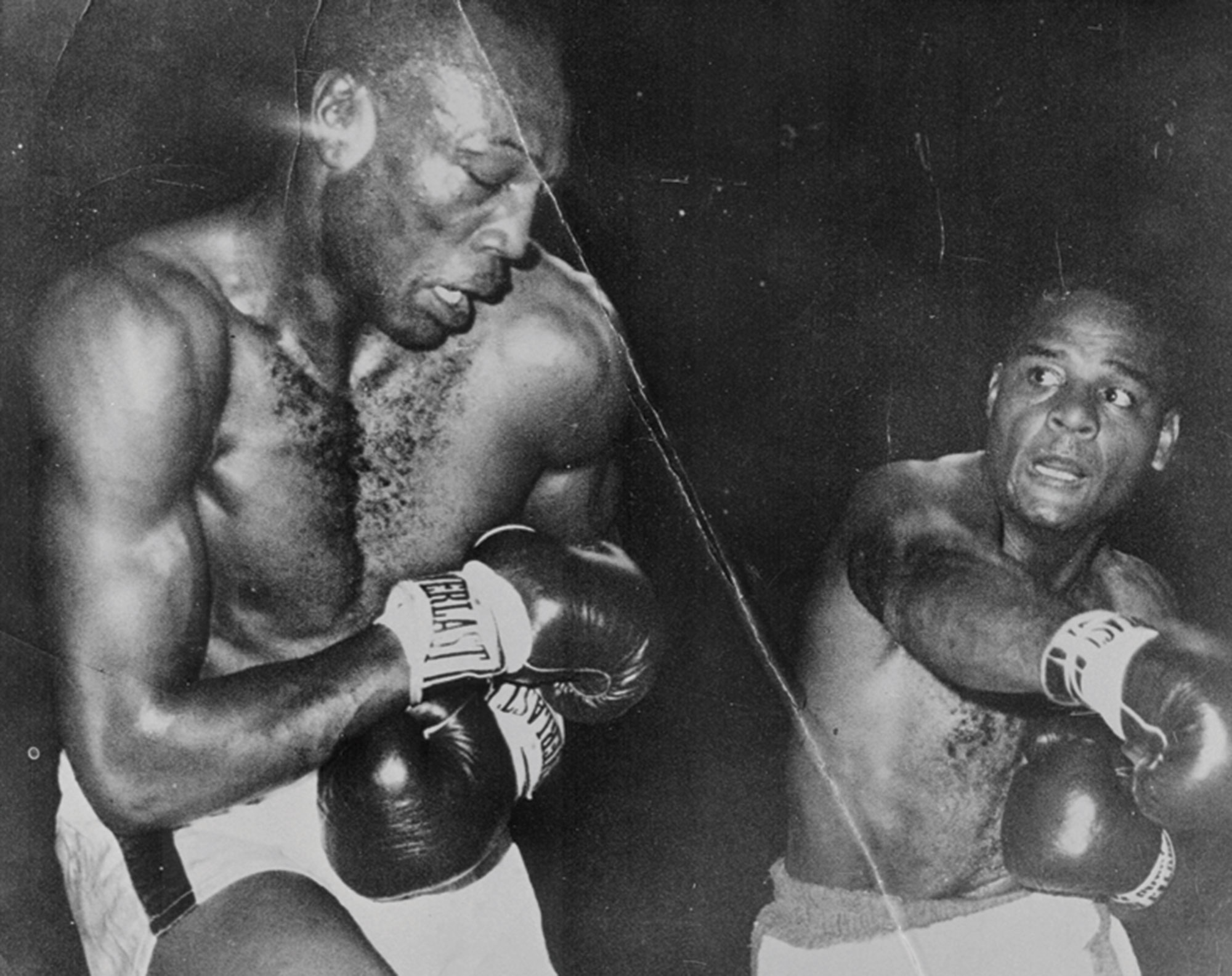 Folley died at 41 as a result of head injuries suffered in a motel swimming pool in Tucson. He had been in the company of a friend and two women, neither of whom was his wife. The uncharacteristic circumstances were magnified when the autopsy and police records went missing.

The boxer’s death was fertile ground for conspiracy theories until Marshall Terrill, a former reporter for The East Valley Tribune, tracked down official documents and an eyewitness in 2014. These sources revealed Folley had checked in at the motel under an alias, with a longtime paramour. Intoxicated, he dove into the pool after it had closed, and hit his head on a concrete partition.

In his 2017 book, Zora Folley: The Distinguished Life and Mysterious Death of a Gentleman Boxer, Terrill writes he didn’t want his discovery to diminish the boxer’s legacy. “But Folley was a human being whose personal, hidden frailty – everyone has them – contributed to his ignominious downfall.”

The city of Chandler has a park, aquatic center and street named after Folley, and will commemorate his bout with Ali in a June exhibit at the Chandler Museum. Administrator Judy Crago says Bigger Than Boxing is “a story of these two boxers, the circumstances that weighed heavily on each man, and the fight that was a turning point in both of their careers.” It’s well-deserved recognition for Folley, the hometown hero who brought fame and – almost – the heavyweight championship to Chandler when it was just a dusty farm town. 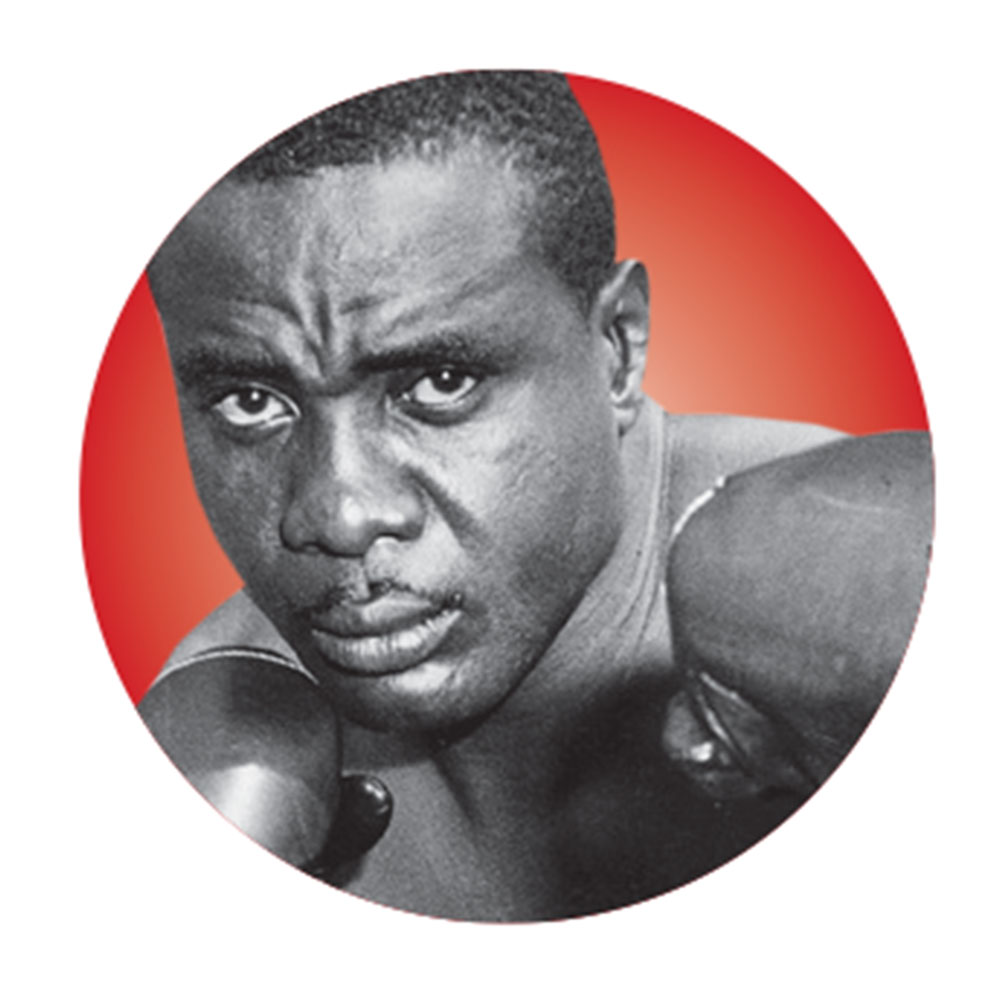 Defeated Folley in a third-round knockout in a bout held in Denver in 1960. Liston went on to defeat Floyd Patterson to become heavyweight champion in 1962, before losing the title to Ali in 1964. Liston, considered one of boxing’s hardest punchers, also had a suspicious death – in Las Vegas in 1970. 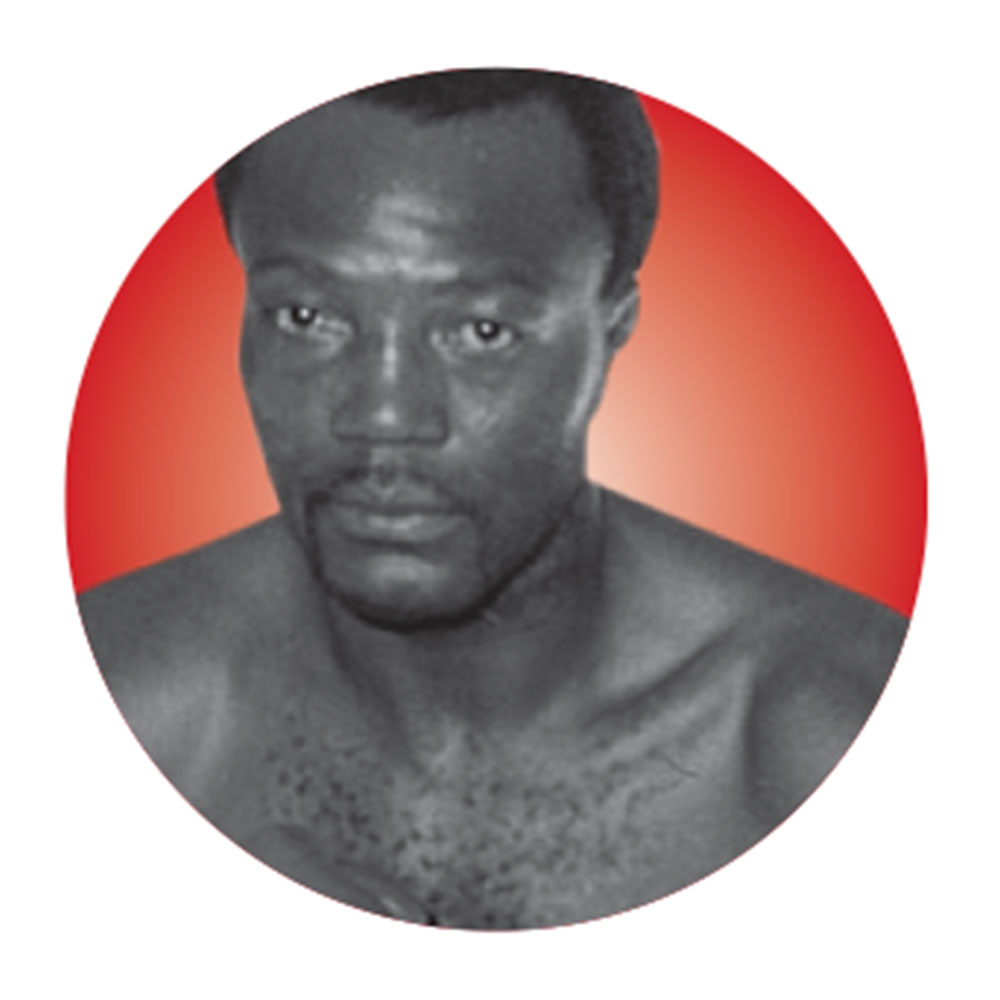 Lost to Folley by decision in 10 rounds in New Orleans in 1965. Foster claimed the light heavyweight title in 1968 and defended his crown 14 times before losing it in 1974. He also competed in the heavyweight division and was knocked out by Smokin’ Joe Frazier in 1970, and Ali in 1972. 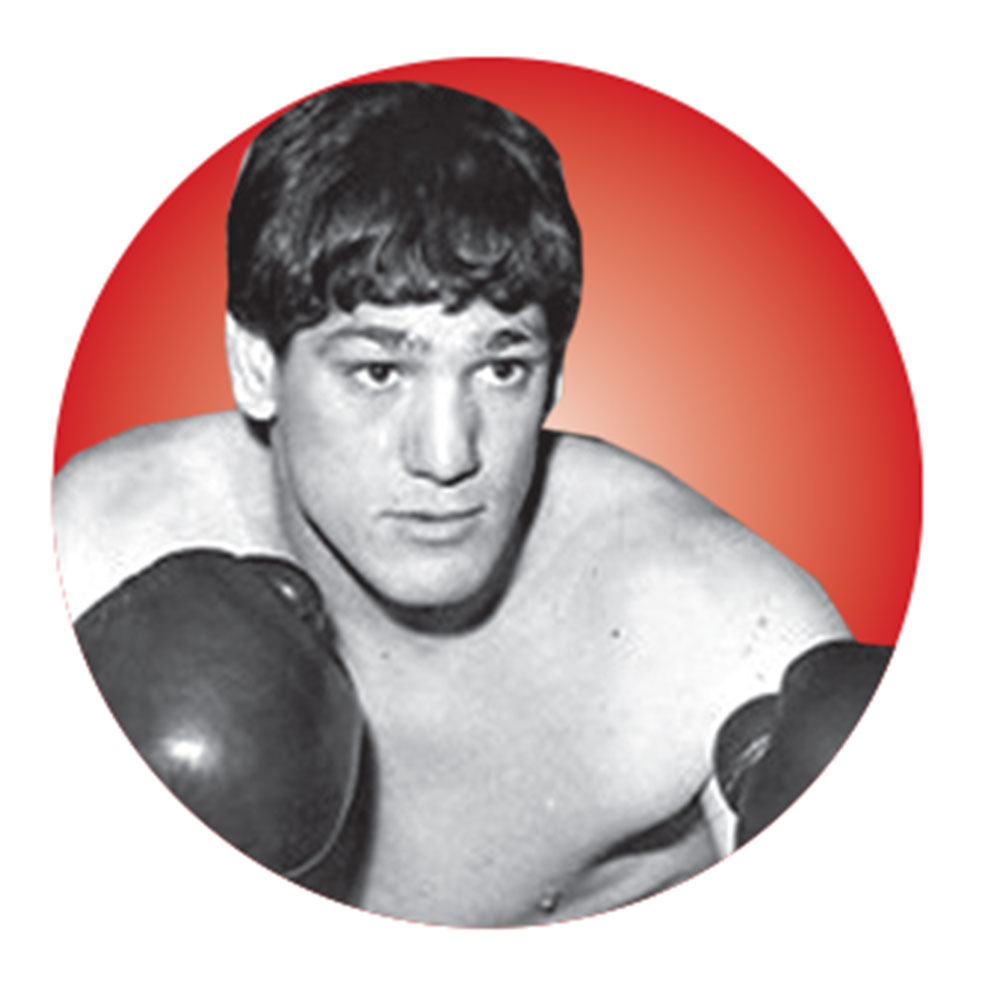 Lost early in his career to Folley at New York’s Madison Square Garden in 1965 but won a 1968 rematch in Buenos Aires. The hard-partying Argentine fighter later lost to Frazier (1968), and Ali (1970), and died in a shooting at Nevada’s Mustang Ranch brothel in 1976.