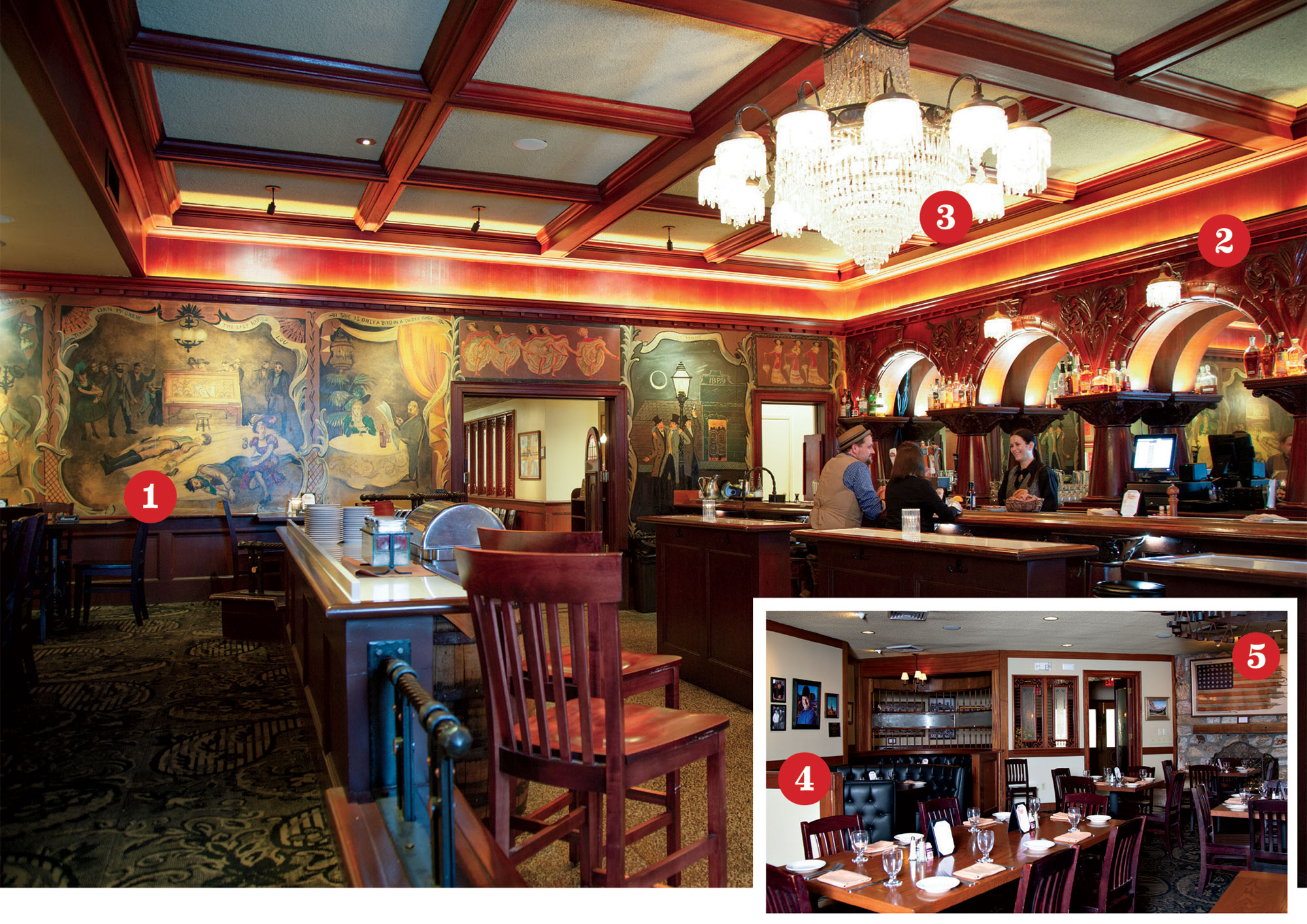 Gary Lasko, who co-owns The Stockyards with siblings Mike and Gary Smith of Jokake Construction, is full of stories about this fabled restaurant, which he says “transports people back in time.” It was originally built as a small coffee shop for cowboys and cattlemen by cattle baron Edward A. Tovrea, whose 200-acre feedlot sat right next door. When fire destroyed the building in 1953, Tovrea rebuilt it bigger and better, adding a restaurant and lounge dubbed the 1889 Saloon. Decades later, the Smiths were looking for a site for their headquarters when they drove by the 7.3-acre property and decided it was perfect, restaurant and all. Shortly after their 2003 purchase, the brothers called Elin Jeffords (the restaurant critic for The Arizona Republic at the time) for advice, and she introduced them to Lasko, a restaurant industry vet who would become their operating partner. The partners meticulously restored the rambling, history-rich old place, and Lasko says that every piece of it, including the beef-centric menu, is “true to the beginning.”

During the 1954 remodel, the Tovreas hired Kate Patton, an artist from Pasadena, to paint scenes from famous Victorian melodramas on the stretched canvas panels that line the walls of the saloon. The lady in red on one panel is said to haunt the place.

Local artisan Russ Kapp worked 10 hours a day for three months carving the gorgeously ornate bar, back bar and barstools out of close-grain, cherry-stained Honduran mahogany (the high-end stuff). Today, what was a $15,000 project would cost around $750,000.

Della Tovrea (Edward’s wife) designed the crystal chandeliers hanging in the saloon and Rose Room. They were made in Europe – “Czechoslovakia,” Lasko speculates – then shipped and trucked back to Phoenix.

The Stockyards was named the official Arizona Centennial restaurant in 2012 and started honoring famous Arizonans with “memorial” booths, such as this one for author and official state historian Marshall Trimble.

Mike and Gary’s grandfather retrieved this tattered American flag from a WWI mine layer/sweeper in the North Sea. The grandsons inherited it from their father. The walls are also hung with cowboy art, including a few oils painted by Lasko’s brother, Geoff Lasko. 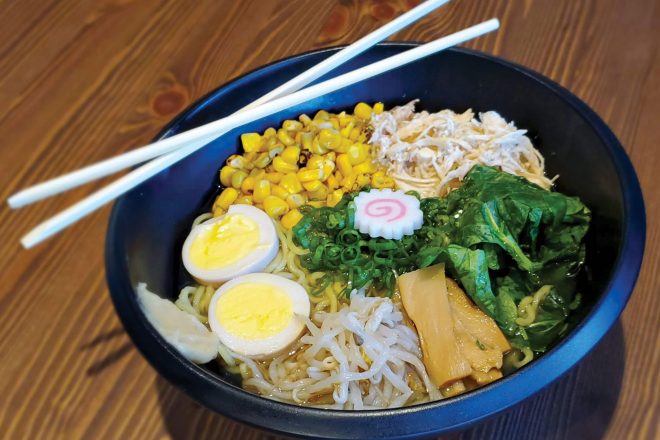 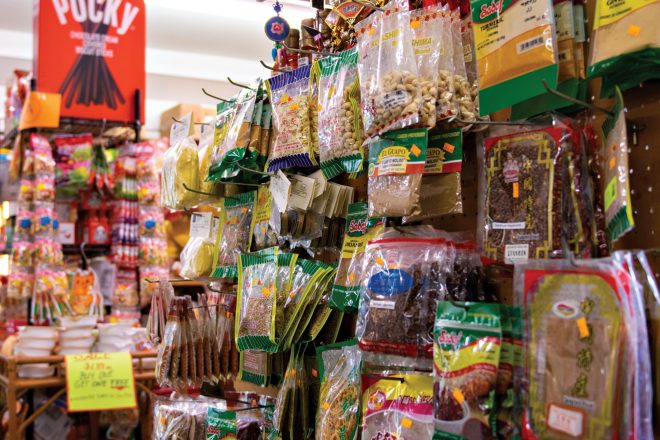