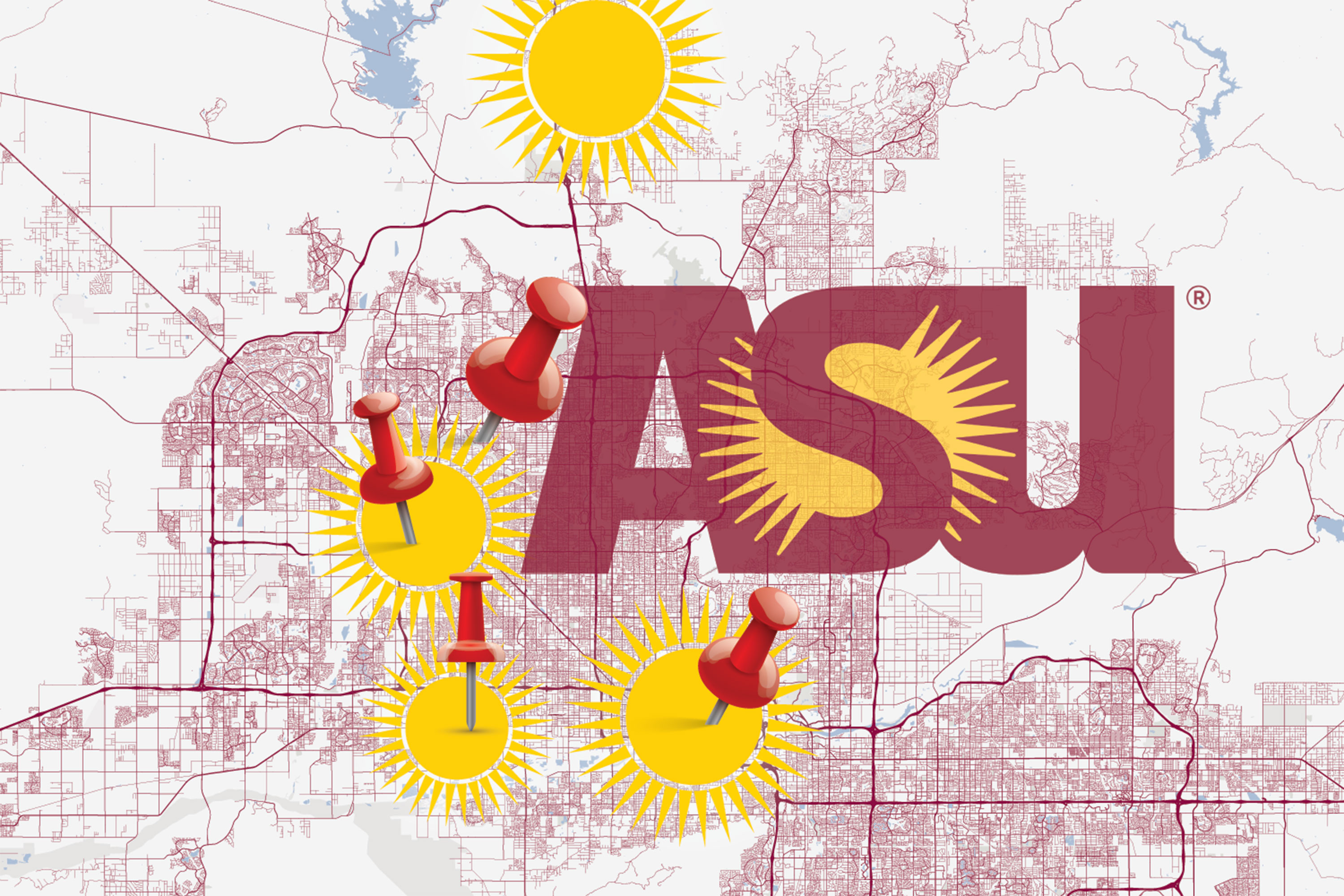 Once dominated by big-ticket sports venues and the odd office highrise, Downtown is looking more and more like a college town. Arizona State University’s massive real estate footprint is taking over – as much as 2.1 million square feet spanning more than two dozen facilities it owns or leases, enough space to fit 36.5 football fields. And it stands to get even bigger with the new ASU Thunderbird School of Global Management.

When ASU acquired Thunderbird in 2014, it also took over the international business school’s $22 million debt. At the time, the school was losing enrollment and was hemorrhaging money. The Arizona Republic reported losses of $6.4 million for 2014 and $4.1 million in 2012. ASU leadership decided the best way to reverse Thunderbird’s fortunes would be to move it to the Downtown Phoenix campus. “We thought we could connect it with private enterprise… It made sense to move [the law and journalism schools] Downtown for those reasons, and it made sense to move Thunderbird Downtown, too,” says Rick Naimark, ASU’s associate vice president for program development planning.

Currently, the school serves 250 students at the Arizona Center. The new building, which will open in time for the school’s 75th anniversary this spring, has capacity for 700. The 111,000-square-foot, five-story facility will house classrooms, an innovation center, offices, café and recruiting/job placement centers, as well as gathering places, such as a rooftop pub/patio (open to the public). The pub was a popular attraction at the Glendale campus. A high-tech auditorium will allow lectures to be transmitted from around the world.

One of the country’s largest universities, ASU has evolved from a state teacher’s college in late 1800s Tempe to the innovation hub university president Michael Crow envisioned. It educates more than 110,000 students on six separate Phoenix metropolitan campuses, including nearly 40,000 students online through SkySong. ASU first marked space for the future Downtown campus in 1999, when it purchased the Mercado. Only after a $223 million bond election in 2006, however, was the Downtown campus launched. It took less than 15 years to draw 12,000 students. By comparison, it took 90 years before Northern Arizona University in Flagstaff registered that many. The main ASU campus in Tempe serves about 80,000 students. Its first foray out west occurred in 1984, when it opened ASU West.

Becoming a real estate titan with more than 400 facilities across the Valley and beyond, has been possible partly because of the university’s ability, through the Arizona Board of Regents, to enter into real estate transactions, including leasing property to third parties.

“[Unlike other state universities], our model has become an enterprise model, and we can scale that globally. That’s why Thunderbird fits in well with ASU. It’s become another piece in the puzzle that will never be complete… We’re nowhere near serving the numbers who need advanced education.”