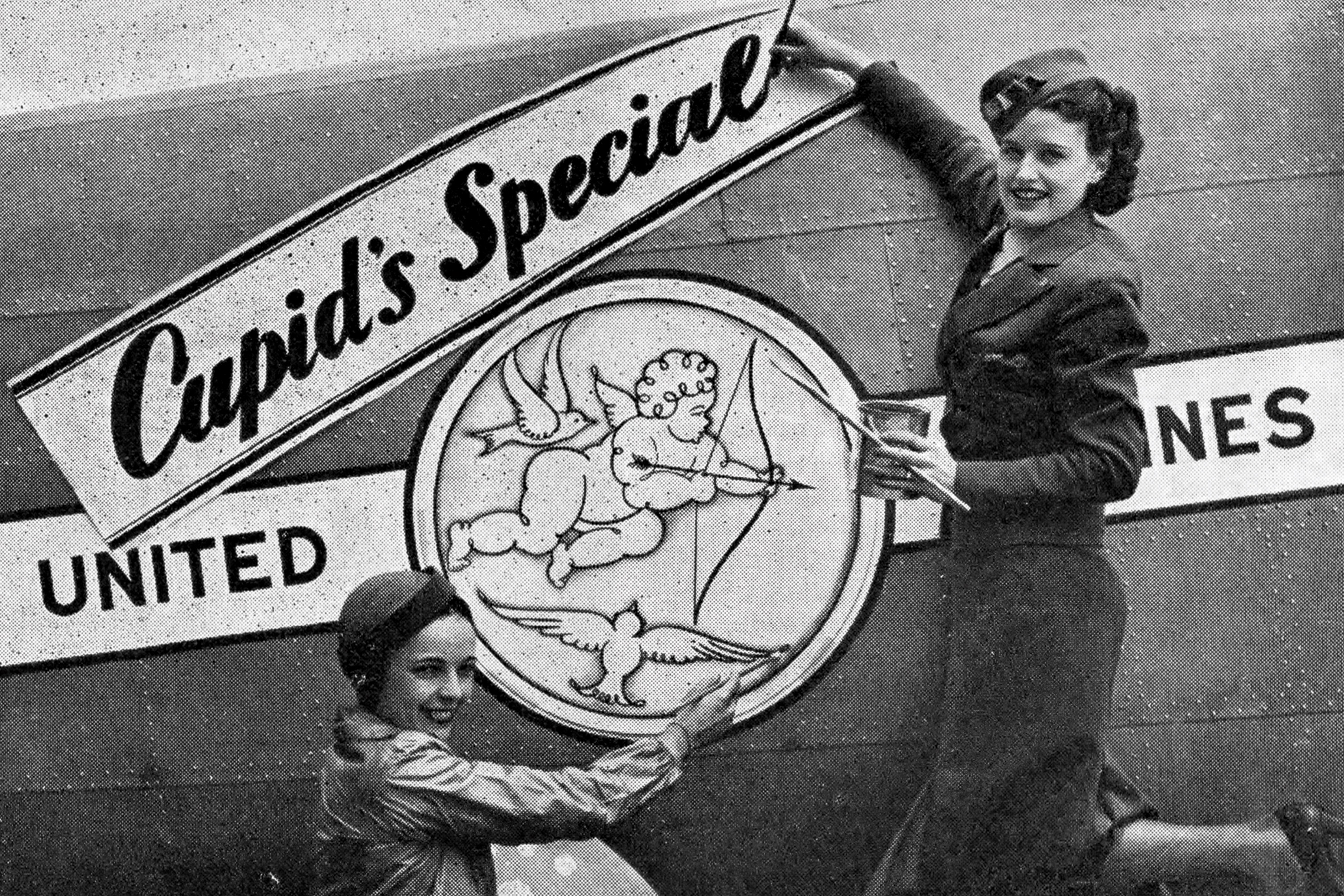 Once upon a time, love sprouted as prolifically in Yuma as its world-famous winter lettuce crop. “Every bus, every train that came into town, had someone on it wanting to get married during World War II,” 84-year-old Bob Lutes says. His father, R.H. Lutes, Yuma’s justice of the peace during the 1940s, was so busy performing wedding ceremonies that he slept on the sofa in his bathrobe.

“When couples stopped by at night, Dad would send them next door for a license,” he says. “They’d come back, and he’d marry them.”

The agricultural community seems an odd place to engage in matrimony, compared to today’s posh wedding destinations like Sedona. But the numbers don’t lie. In 1942, the town of 9,000 hosted a staggering 22,486 weddings; 97 percent for out-of-state couples. “More than 300,000 couples were married in Yuma between 1928 and 1956,” says Yuma librarian Jim Patrick.

How did a city known for its fertile farmland, endless sunshine and winter snowbirds generate so many vows? Yuma’s wedding attractiveness began as the result of a geographic quirk associated with California’s 1927 “gin marriage” law. This well-intentioned legislation stipulated a three-day waiting period between receiving a wedding license and tying the knot. The delay was intended to pause ill-conceived nuptials, allowing the sometimes-tipsy participants time to ponder their decision soberly. The California law, however, had some unintended consequences. Impassioned couples embarked on love-fueled voyages to nearby Arizona and Nevada, which didn’t have such ardor-dampening delays.

Immediately, weddings became a huge industry in Yuma due to its proximity to Southern California. “There were probably at least a dozen chapels operating in Yuma,” Lutes says. “And the demand only increased with servicemen being sent overseas during World War II.” The soldiers wanted to legalize and consummate their love before entering the potentially fatal conflict. Yuma was in the boundaries of the Desert Training Center, which operated from 1942-1944 and trained more than 1 million troops. 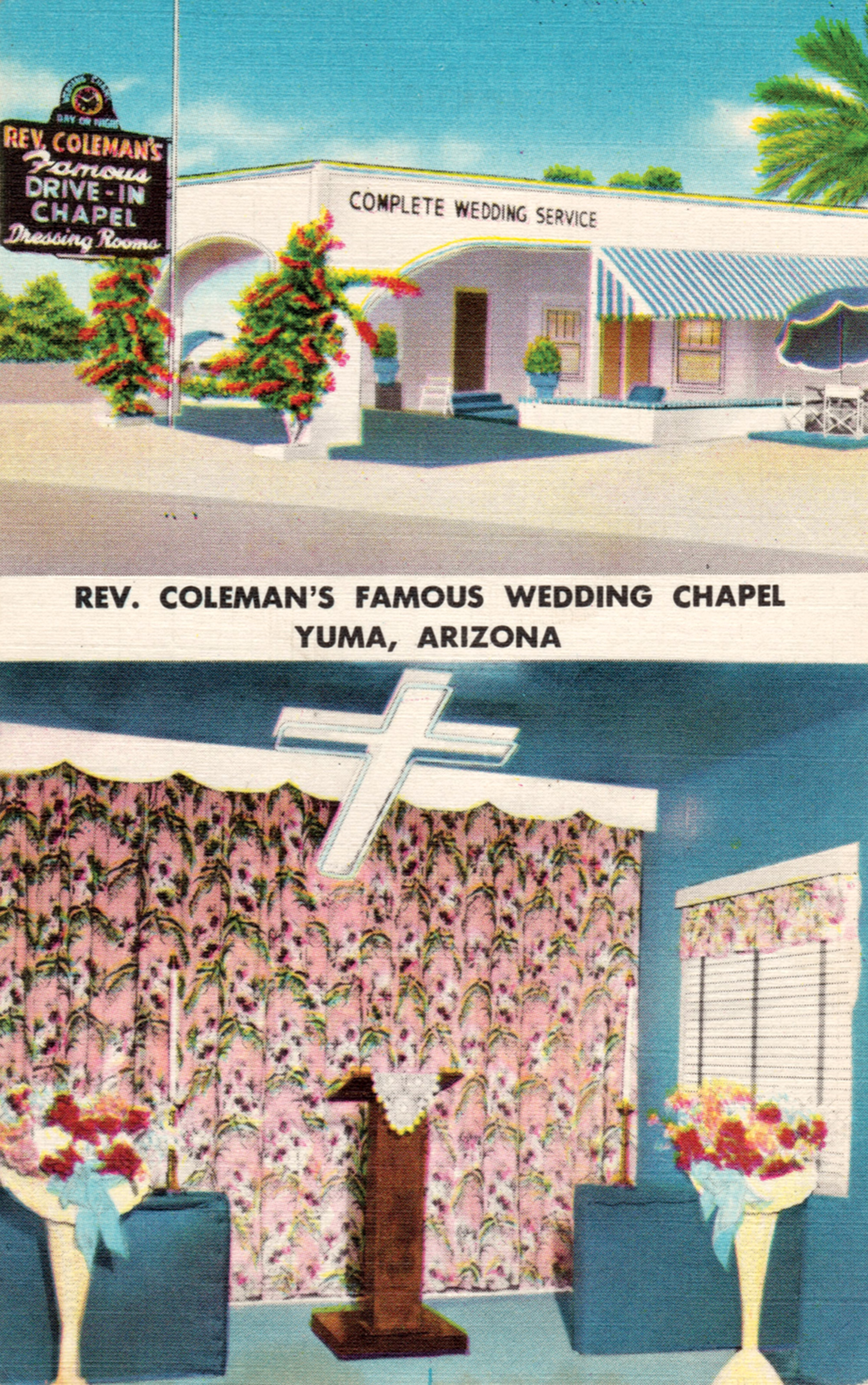 Hollywood stars married in Yuma to escape publicity, since the Yuma Sun newspaper only published the names of local newlyweds. Celebrity brides and grooms included Bette Davis, Charlie Chaplin, Claudette Colbert, Tom Mix, Jean Harlow, Buster Crabbe and Stan Laurel, who enjoyed the town so much he eloped there twice. “My favorites were actor Victor Mature and heavyweight champ Joe Louis, who both set me on their lap to chat before their vows,” Lutes recalls.

In 1941, R.H. Lutes was voted in as a justice of the peace, no doubt helped by his campaign slogan, “Vote for me, and I’ll marry you for free.” He soon opened Lutes Gretna Green Wedding Chapel, which held more than 200 ceremonies a week. “We’d hustle up customers by waiting at the bridge for cars coming in from California, and at the train or bus depots,” says Lutes, who also runs Lutes Casino, a quirky historical restaurant in Yuma. “He’d also offer incentives to taxi drivers who brought couples.”

Other venues also offered speedy services. James Coleman, an enterprising African-American minister, married 9,000 couples in his drive-thru chapel, which doubled as Coleman’s Auto Laundry, where newlyweds could get their car washed. Coleman, aware of racial prejudices, had white and Latino ministers on call. Yuma Superior Court Judge Henry Kelly married couples in his chambers, even during trials. “His court clerks would pass secret notes to the judge when his matrimonial services were needed,” Patrick says. “The judge would then call for a recess and retreat to his chambers to conduct a discreet, three-minute marriage ceremony.”

Some couples enjoyed an even faster trip to the altar, flying via all-expense-paid excursions called “Cupid’s Specials.” Pilot Roscoe Turner flew couples round trip from Burbank to Yuma on his “Honeymoon Express” for $125. His Travel Air plane, painted with a Cupid with a drawn bow and quiver full of arrows, was featured in the 1937 movie Criminals of the Air.

Even after California repealed the three-day waiting period in 1943, its blood test requirement kept couples coming to Yuma. But Yuma chapels eventually received blowback and were labeled “an evil spectacle that destroys the sanctity of marriage,” in a 1949 article in The Arizona Republic. After Proposition 200, which mandated a 48-hour waiting period and a blood test in Arizona, passed overwhelmingly in 1956, Yuma weddings plummeted. C.A. Cady, the owner of four Yuma wedding chapels, subsequently moved his businesses to Las Vegas, which then became the preferred destination for quickie marriages.

R.H. Lutes, however, found another way to marry couples when time was of the essence. His other son, Bill, opened a serology lab adjacent to the chapel, which provided results in 45 minutes compared to the usual two days. If the bride or groom tested positive for syphilis, they would go to the nearby doctor’s office, get a shot and come back. “You were able to be married as long as you were being ‘treated’ for the disease,” Bob Lutes explains. “The couples then went to the chapel we opened across the Colorado River in Winterhaven, because California allowed couples to wed immediately after passing the blood test.”

This expedited process allowed Lutes to experience another brief wedding bell bonanza. On August 26, 1965, President Lyndon B. Johnson declared that men between the ages of 19 and 26 who married after midnight that day would no longer be exempt from being drafted for the Vietnam War. Ten Phoenix couples hightailed it to Yuma to be married by Lutes before the deadline.

Apparently, there’s nothing like love to bring couples to the altar, except war.

Yuma and Las Vegas were not the only locales to serve eloping couples.

Gretna Green, Scotland
This Scottish town, the first on the London-to-Edinburgh stage route, became famous in the 18th century because of the many wedding ceremonies conducted there for English couples taking advantage of Scotland’s lenient marriage laws. 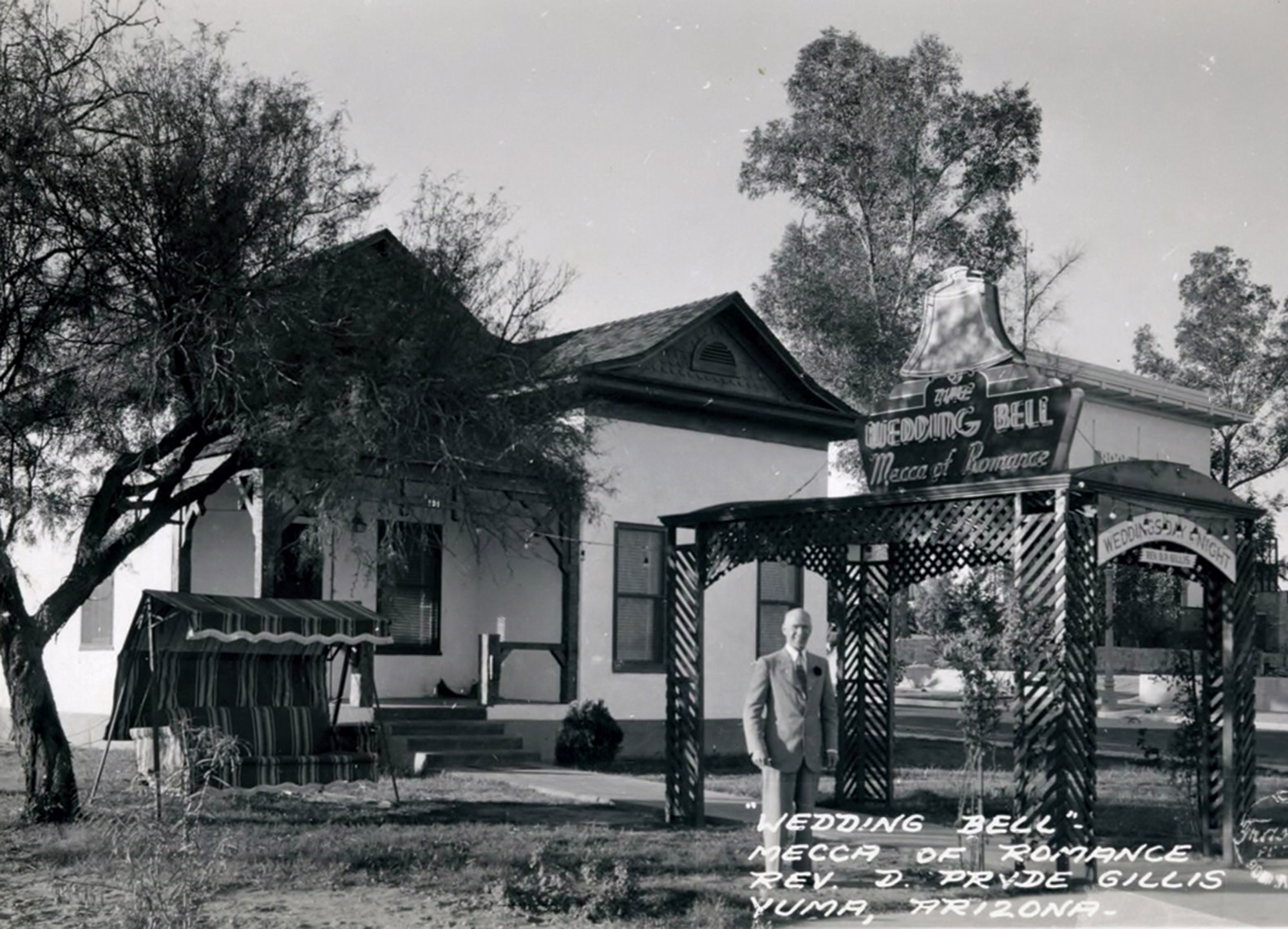 Elkton, Maryland
The county seat, nestled in the northeast corner of the state, had more than 20 wedding chapels before World War II, as Maryland had none of the burdensome calendar delays of the nearby Northeastern states.

Reno, Nevada
Nevada’s then-largest city was a popular place for Bay Area couples to get hitched in the 1930s and for divorcées to quickly remarry after meeting Nevada’s six-week residency requirement for an uncontested divorce, often called “the Reno cure.”