Home of the Grand Canyon, Tombstone & Ghost towns galore, Arizona is ground zero for all things Western. Make an adventure of them.

The Grand Canyon is like a gloriously complex riddle with multitudes of winning combinations and solutions. Do you opt for the South Rim, or the North Rim? Linger at the top, or hike down? Bright Angel Trail, or South Kaibab?

Consider Grand Canyon West (grandcanyonwest.com) – a collection of experiences and amenities in and around the canyon’s West Rim, jointly managed by the Hualapai Tribe – your one-stop solution packet. Located just a few miles north of Kingman, the area is crammed with bucket-list-worthy diversions. Here’s a taste: 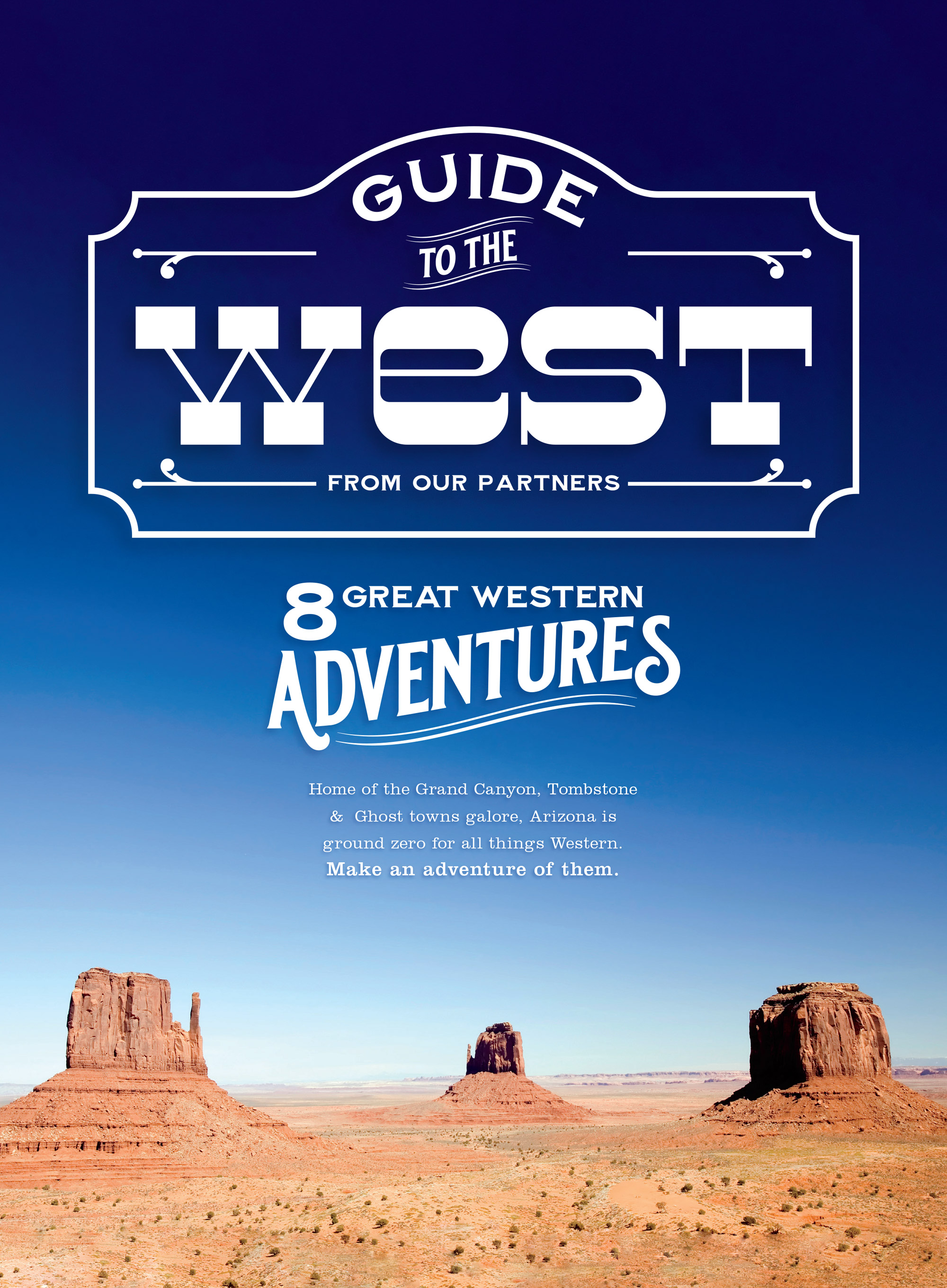 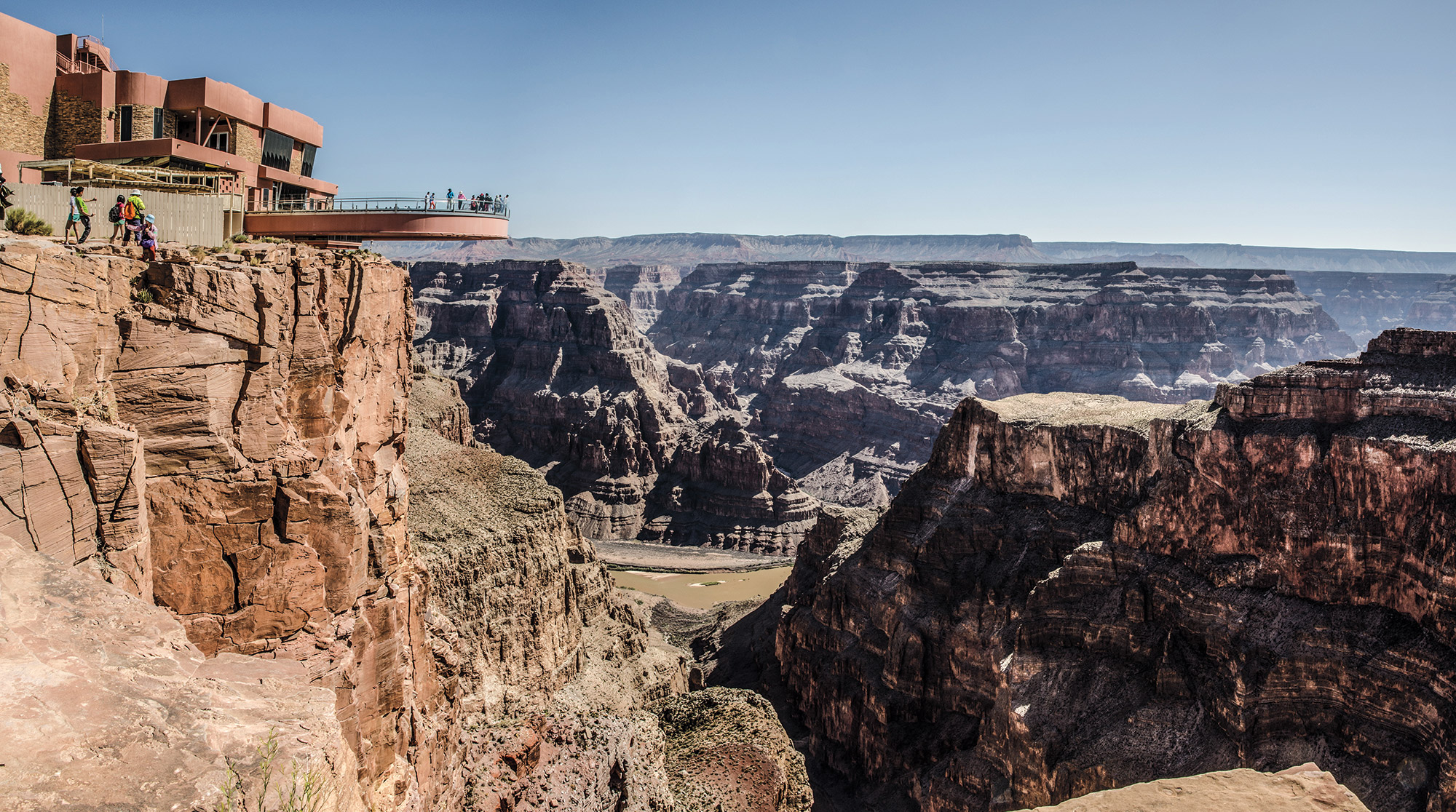 Hualapai Lodge
Want to make it an over-nighter? Locating in the nearby town of Peach Springs, this hotel fills the dual function of giving guests a taste of historical Route 66.

Hualapai Ranch
For a more rustic overnight experience, book a cabin in the Hualapai Tribe’s full-service Western town, just a few hundred yards from the lip of the canyon.

For a charmingly unvarnished dose of the Old West, it doesn’t get much better – or, for Phoenix residents, nearer – than Wickenburg, the one-time mining colony perched just northwest of the Valley on the outer limits of Grand Avenue.

To be sure, the town of 8,000 has done a skillful job preserving its original 19th century Western flavor, most notably by keeping the old Vulture Mine going as an historical curio. But Wickenburg has also developed a surprisingly spry arts and culture scene since its dude-ranch heyday in the 1950s. Notable spring events include Ed Mell’s Southwest: Five Decades (through March 8) at the Desert Caballeros Western Museum; a slew of shows at the Dell E. Webb Center for Performing Arts, including the World Famous Glenn Miller Orchestra (March 7), Rhona Vincent and the Rage (March 4); and Cowgirl Up!, an annual symposium of distaff Western art (March 27-May 10). 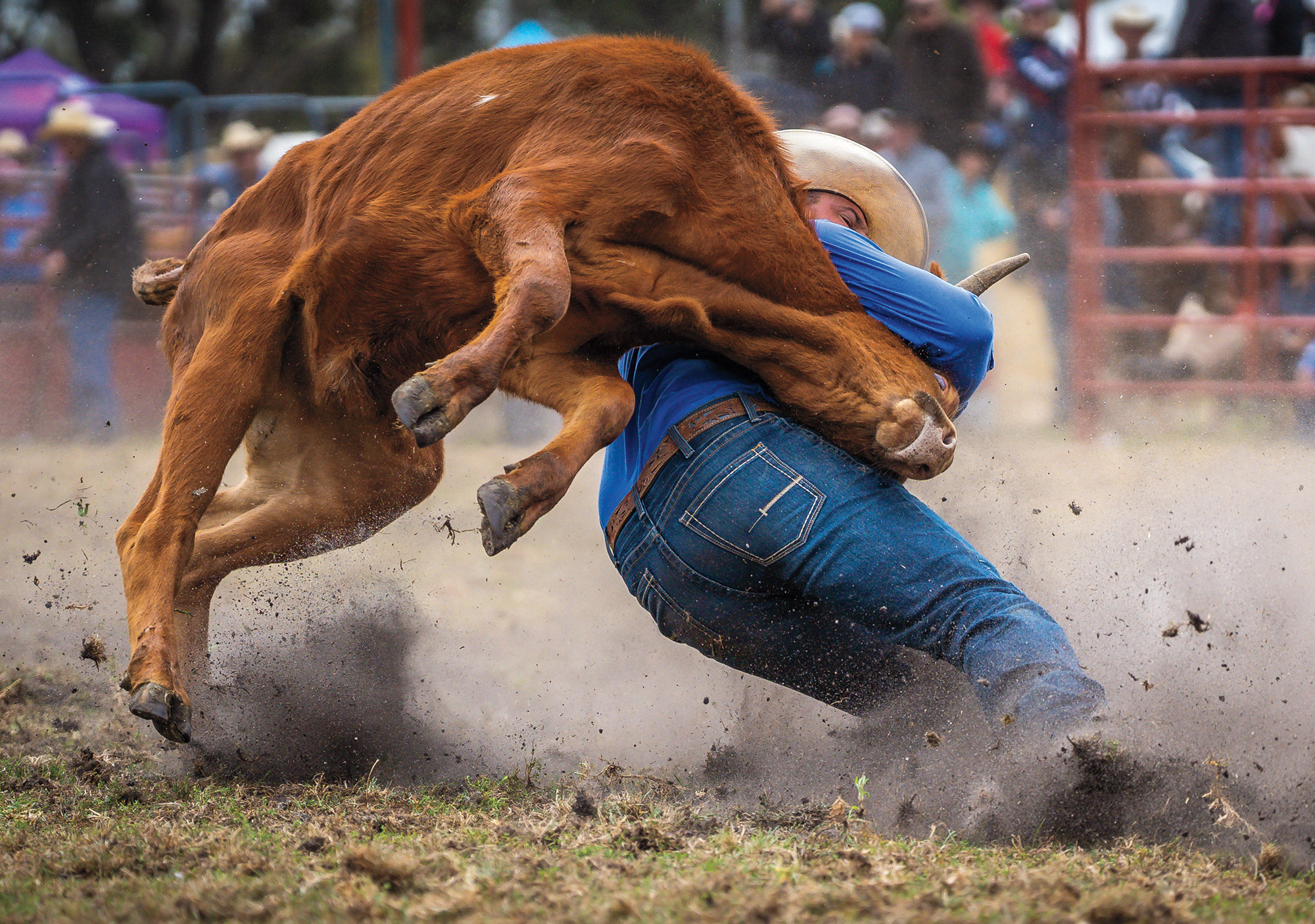 “March and February is really our high season,” says Wickenburg tourism official Julie Brooks. “There’s just a number of wonderful things that drive people to our community during that time-frame.”

Naturally, that includes a heaping helping of Western fun to go with the artsy stuff, led by Wickenburg’s signature event: the 72nd Gold Rush Days and Rodeo (February 14-16), a weekend-long festival of all things cowboy. Visit out outwickenburgway.com for a full event calendar.

If a visit to the more centrally-located South Rim is in the cards, you simply have to visit the town of Williams. We mean that literally. In order to access SR-64 into Grand Canyon Village, you have to drive through this rustic but well-provisioned town of 4,000, which boasts the area’s most lavish bounty of restaurants and experiences. 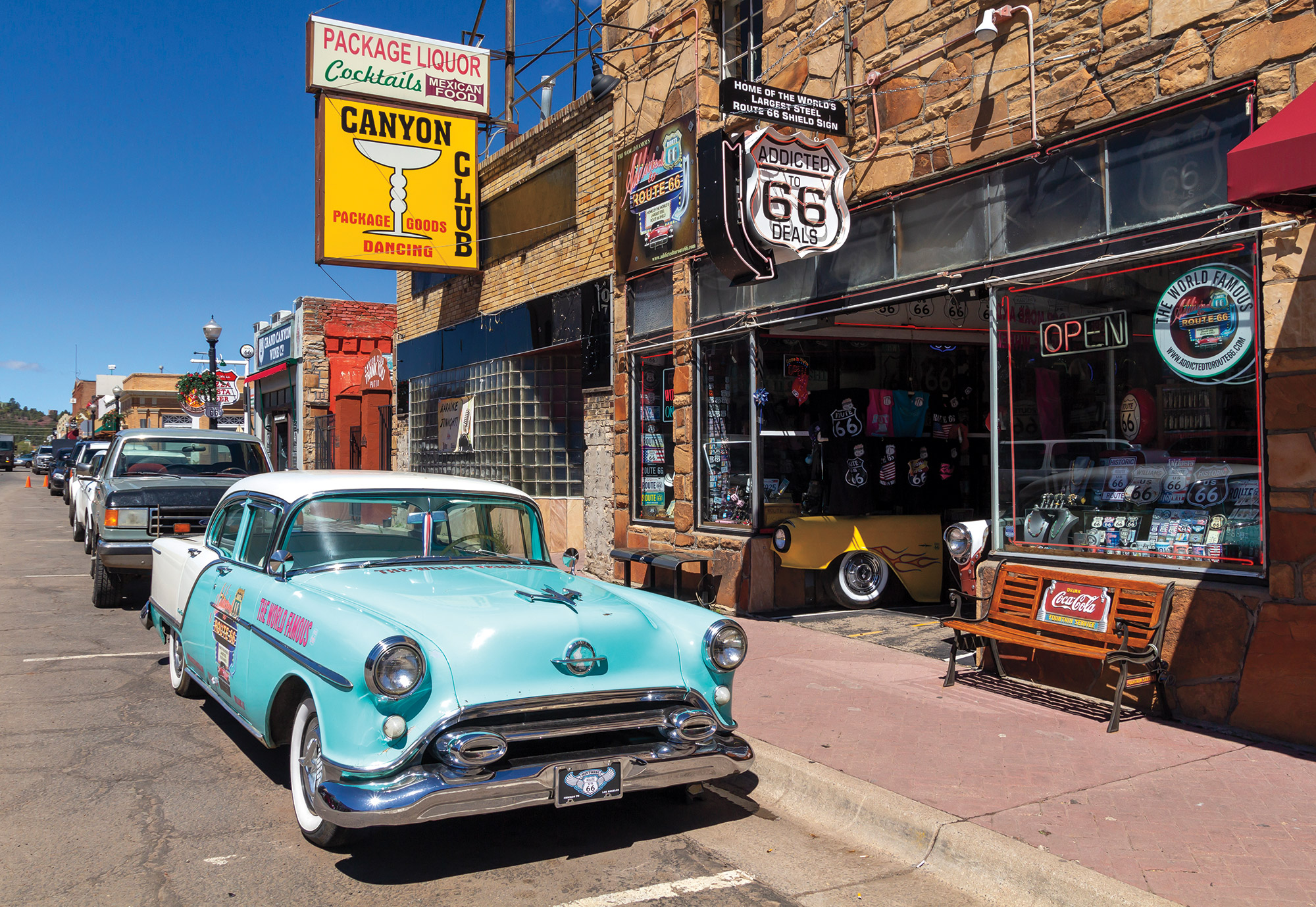 In no particular order, we recommend South Rims Wine & Beer Garage for noshing, Bayou By You for Cajun cuisine, and The Grand Canyon Brewing Company + Distillery for craft beer, including the state’s most spot-on pilsner. Williams is also where you can hop on a locomotive to visit the Canyon, which is plainly adventurous. Visit experiencewilliams.com for lodging and entertainment info.

Using the word “trendy” to describe a 139-year-old town – and former capital of the Arizona Territory, no less – has a faintly odd ring, but there’s no doubt this mile-high Yavapai County hamlet is having a moment. Californians are moving there in droves. Brewers, distillers and chefs are flourishing. And Phoenicians are finding much to do here besides imbibing the night away on Whisky Row. (Not that we’re judging.)

Unlike the Valley, Prescott has a traditional summer high-season set-up, but it comes alive in the spring with a perky arts and culture calendar. In February, see the Phoenix Symphony like you’ve never seen it before – in Prescott, performing Mendelssohn and Schumann at the Yavapai College Performing Arts Center (February 23).

Other shows include West Side Story at The Elks Theatre (February 21), Rhythm of the Dance (February 22) and jazz great Herp Alpert (February 26), all at Yavapai College Performing Arts Center.

Meanwhile, fans of foot-racing can get a jump on running season – and drinking season? – with the Whiskey Row Marathon (May 2). It’s Prescott, after all. You just knew whiskey would enter the conversation somewhere. Visit visit-prescott.com for a full calendar of events. 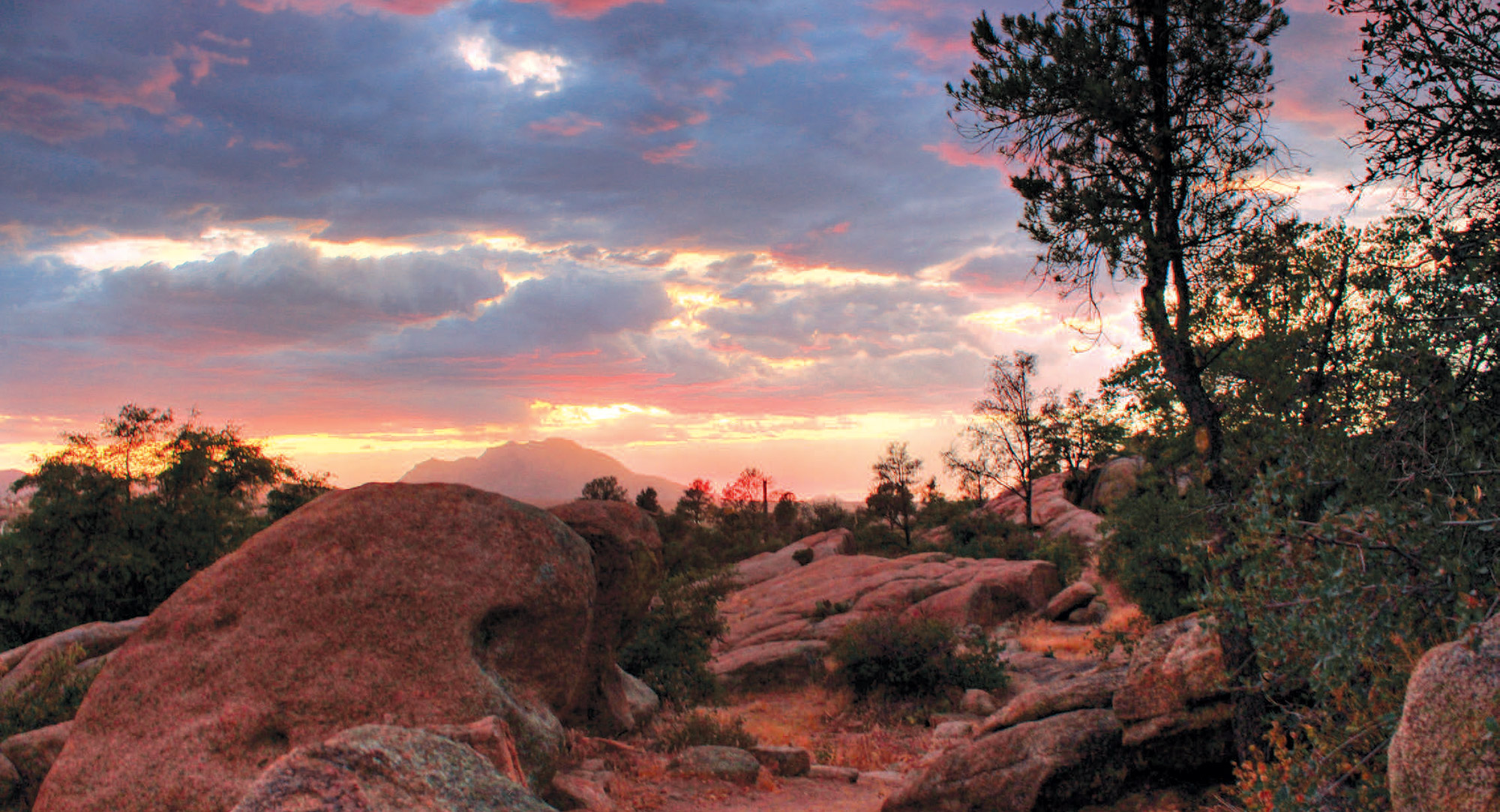 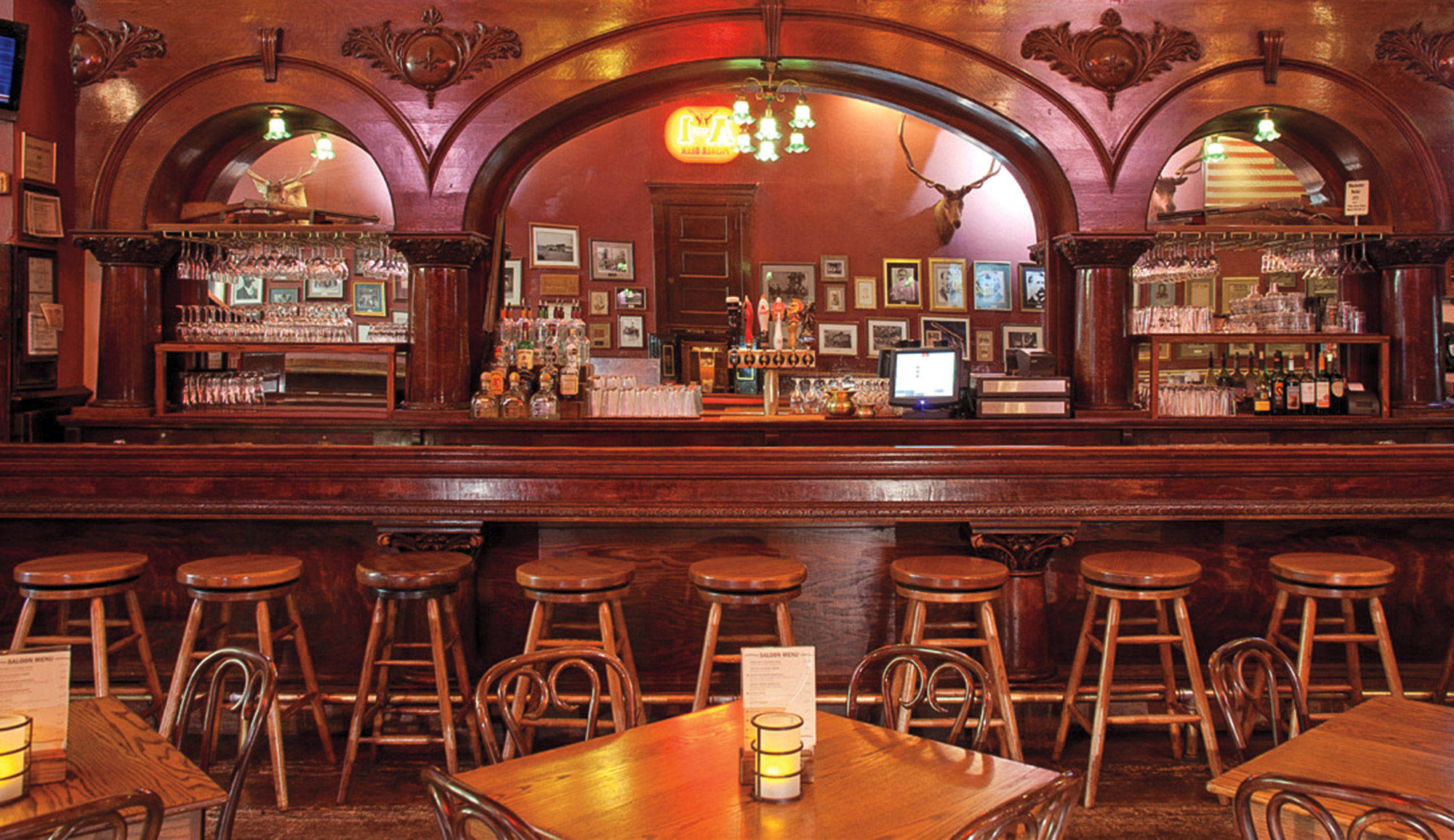 The Palace on Whiskey Row

Visitors love Lake Powell for the surreal, painterly juxtaposition of desert rock and glassy water. Lake Powell National Golf Course, located in the lake-adjacent town of Page, checks off the same aesthetic boxes. The 18-hole course offers stunning vistas of Lake Powell, Glen Canyon Dam and the Vermillion Cliffs, with crisp, green fairways hemmed by ocherous hills of sandstone. It’s one of the most striking visual feasts in Arizona and gets our vote for the state’s top adventure for duffers.

Another athletic adventure at Page that deserves mention: the Rim Trail, a 10-mile loop around the edge of Manson Mesa that offers stunning views of the desert landscapes of the Colorado Plateau.

Page also has a passel of spring activities and events designed to please Lake Powell visitors, including the Antelope Canyon Ultramarathons (February 23-25), the Western Legends Roundup Favorite bluegrass and folk festival (March 2) and the Page Farmers Market, which runs from May to September. For a complete list, visit visitpagelakepowell.com. 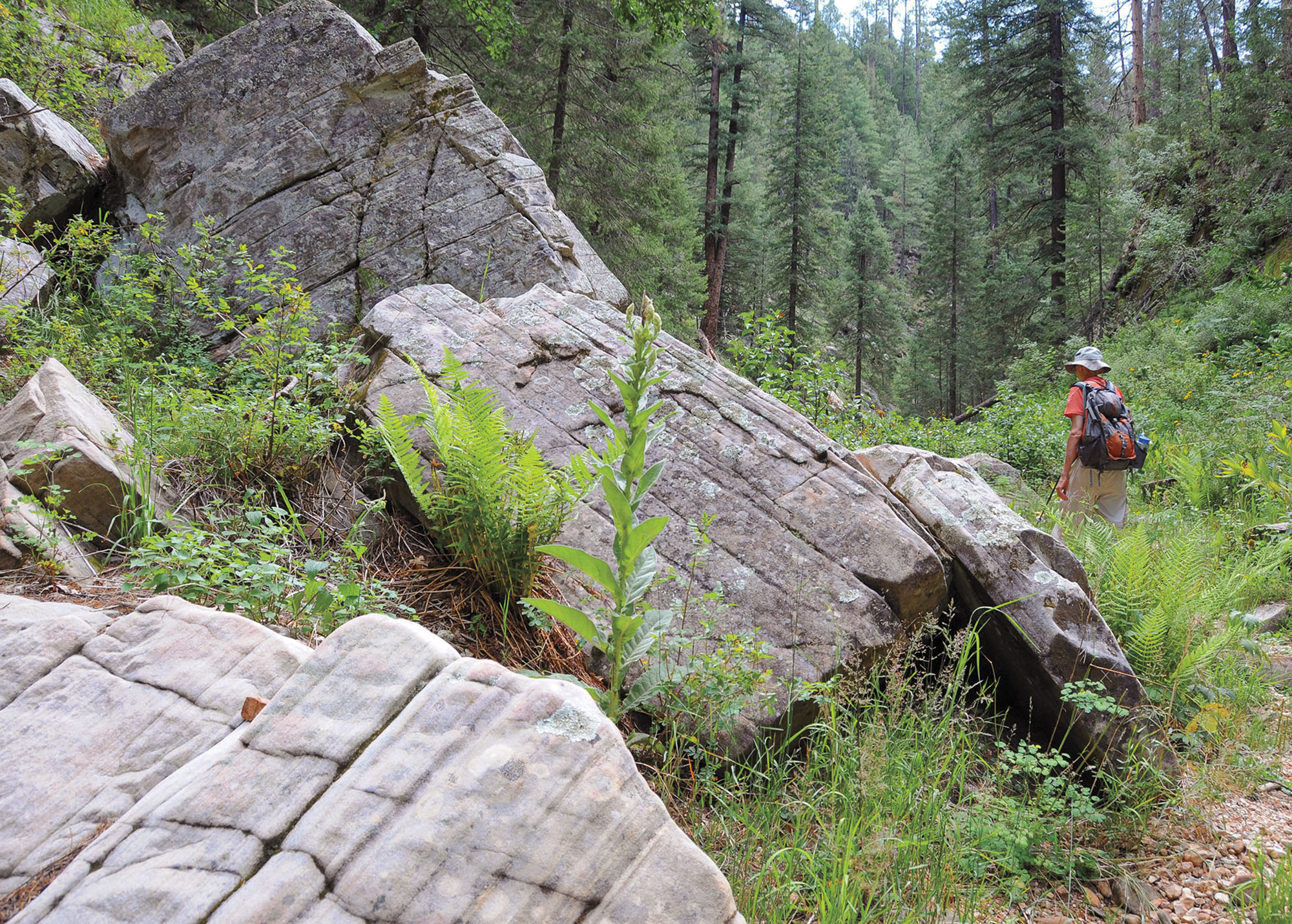 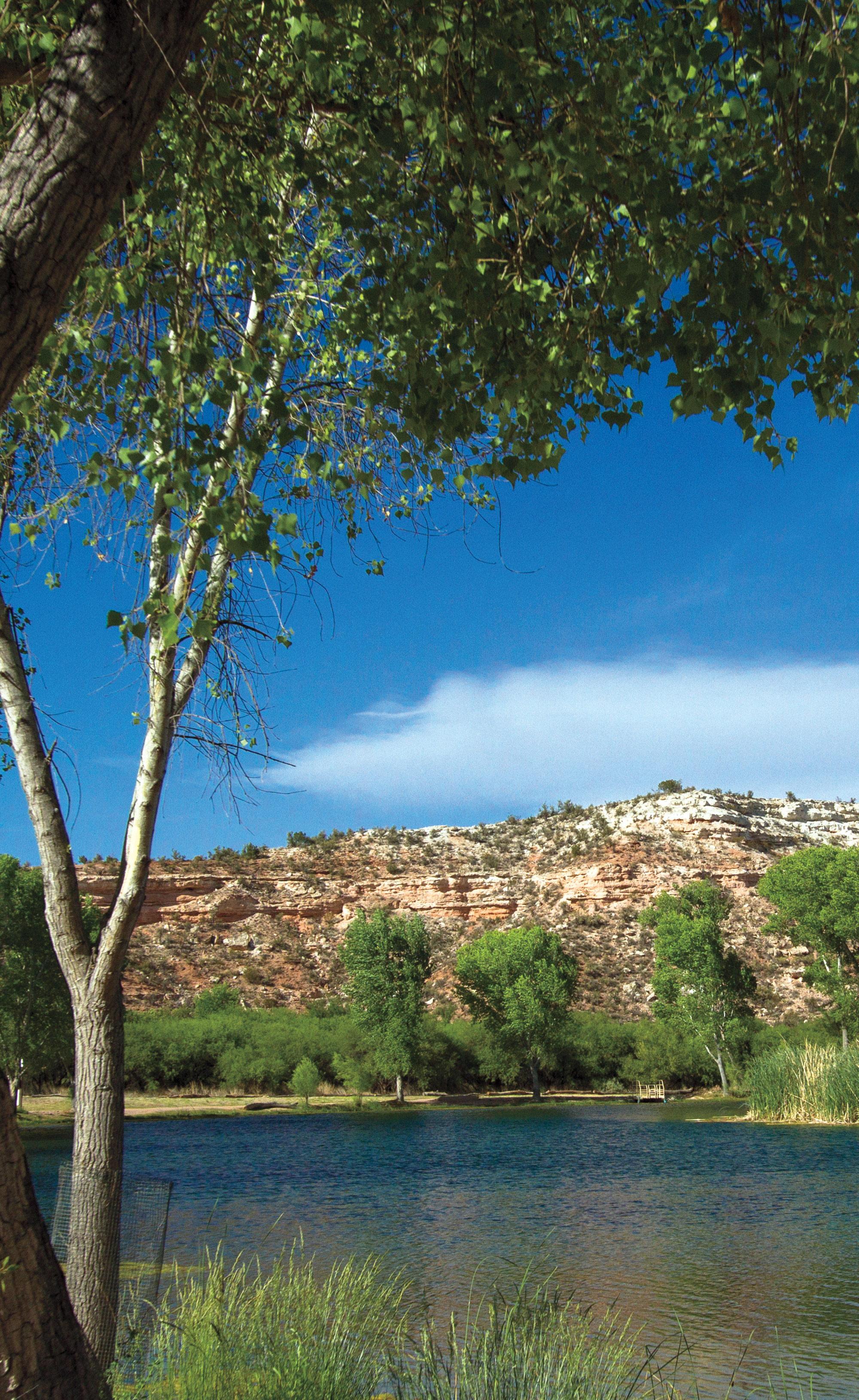 The Tavern Hotel in Cottonwood

Ideally conceived and situated to cater to Cottonwood’s wine-fueled renaissance, the 41-room Tavern Hotel
(thetavernhotel.com) is classy but not ostentatious – a stylish, Euro-style refuge just steps from the Yavapai County town’s burgeoning cluster of wine rooms.

Originally built in 1925 as a grocery store, the historic building was reconceived as a hotel 2011 with the goal of redrawing travelers’ expectations of hospitality in the rustic Verde Valley. Sipping on your complimentary
welcome cocktail, and dining on your complimentary continental breakfast at on-site Crema Kraft Kitchen + Bar, you’ll almost certainly consider it a success.

Who says you have to leave town to have a Western adventure? Rated the No. 1 hot air balloon company in the Valley by Trip Advisor, Rainbow Ryders (rainbowryders.com) can set you up with a pulse-raising excursion right off the I-17 in North Phoenix, straight up into the wild blue yonder.

Speaking of the West: If you want to drink in copious, panoramic eyefuls of it, there’s no better place than 5,000 to 6,000 feet off the ground, in a safe but spacious Rainbow Ryder carriage. “[We] exceed any safety requirements set by the FAA,” Rainbow Ryders CEO and President Scott Appelman says. “Our pilots average around 100,000 hours of flight time, and we’ve been doing this for 38 years. Safety and a memorable experience are our main priorities, and the Sonoran Desert from that height is absolutely stunning. It’s one of the most visually diverse areas I’ve ever flown in. And from that vista, seeing the world 70 to 80 miles out there, it also puts it into perspective how small we are.” 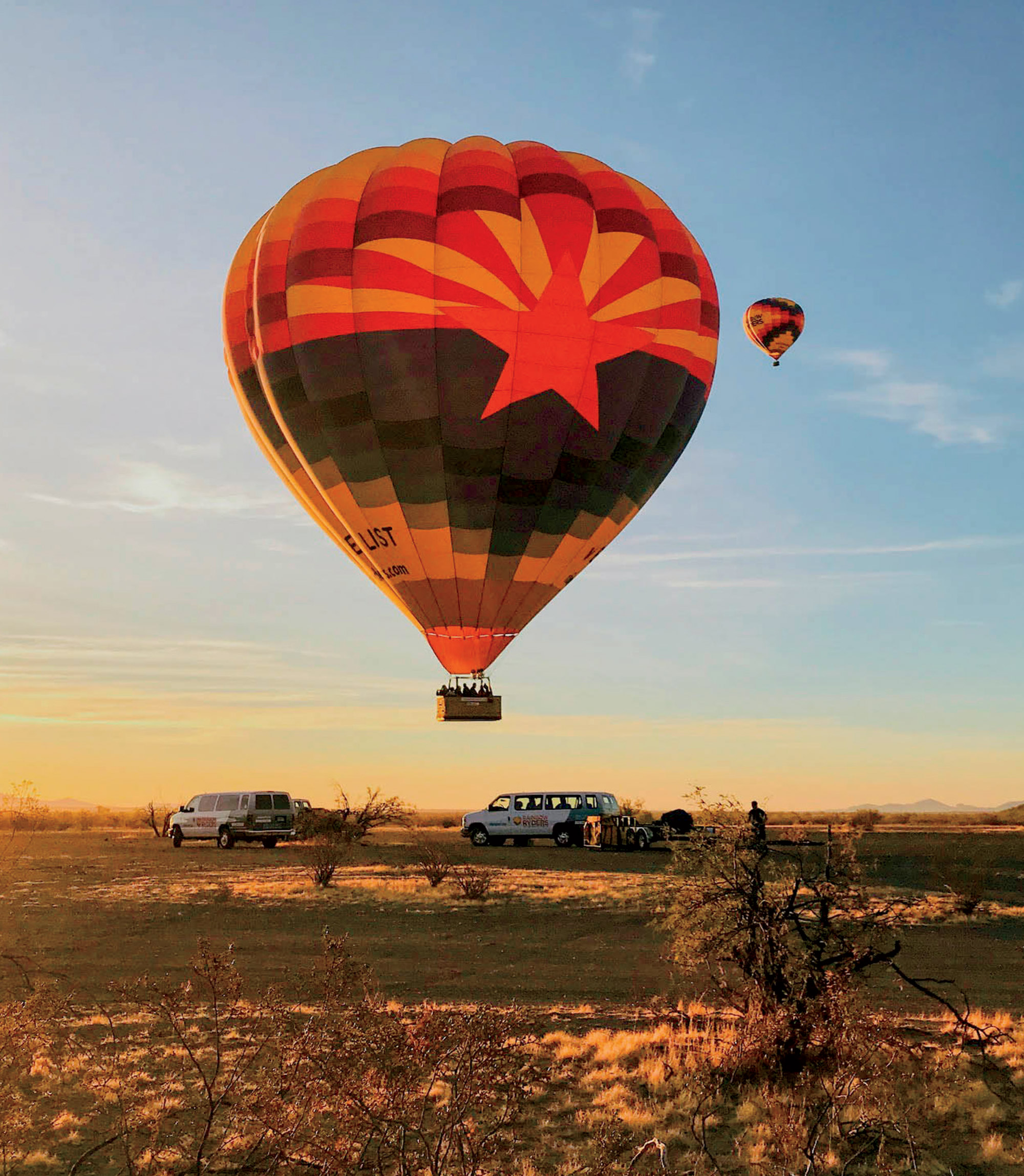 Open daily, Rainbow Ryders is also one of the most schedule-friendly adventures you’ll find, with both sunrise and sunset flights, and options for private hot air excursions.

You’ve heard the term “Arizona’s Beach” used to describe the Sonoran beach town of Rocky Point? Well, think of Telluride as “Arizona’s ski resort.” Of all the great Colorado ski towns, it’s by far the closest and most accessible for Arizonans, with nonstop air service to the nearby town of Montrose on American Airlines, or a highly-doable eight-hour drive door-to-door from Phoenix.

Yes, we know: Arizona already has three of its own ski operations, and we love them. But Telluride is whole ‘nother ballgame, from its terrific food-and-drink scene to the majestic gondola that ferries visitors between the slopes and the picturesque box canyon where Telluride’s historical downtown is located.

If a winter visit to Telluride is in your future, the Fairmont Heritage Place (fairmont.com) deserves a long look. For one, it’s a Fairmont – one of the most dependably impressive hotel groups on the planet. Second, it’s the only property in town that offers complimentary shuttle service from Montrose, along with a pre-arrival concierge team to take care of grocery deliveries, restaurant reservations, spa appointments, snowmobile rentals and almost any other experience or amenity you can imagine. “[The concierge service] helps people relax and have a good time as soon as they get here,” marketing spokesperson Kiersten Strand says. “And it’s going to be an excellent ski season. We’ve had a big winter, tons of snowfall already [in December], and that’s unheard of.”

But don’t dally. The slopes close on April 5th, regardless  of the ski conditions. 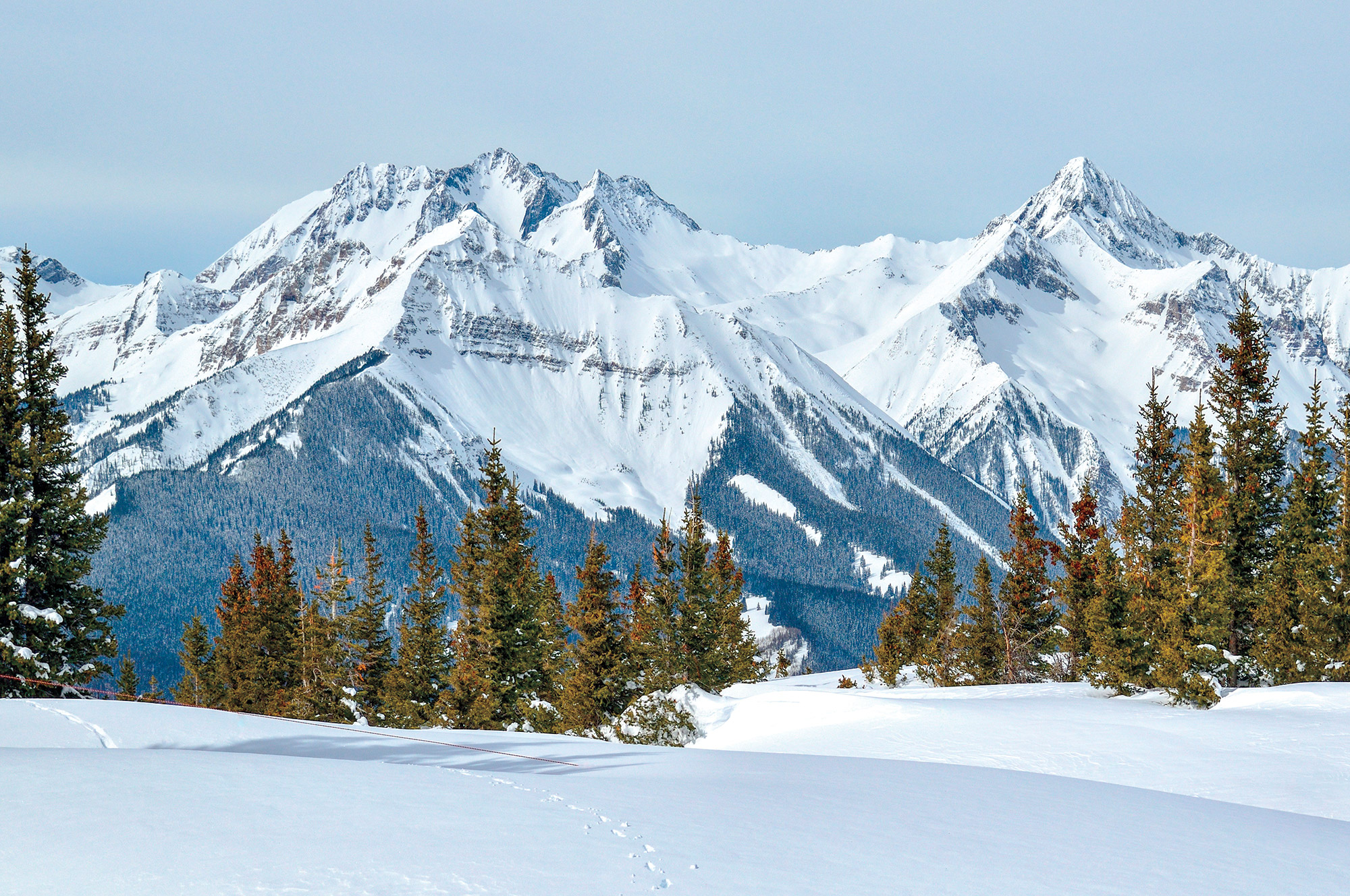 Ask about the Fairmont’s “stay longer, save more” program, which offers diminishing rates with each additional night booked. fairmont.com

Direct roundtrip airfare to Montrose from Phoenix starts at $209, but travelers can save a bit by flying into Grand Junction instead ($159). aa.com

World-famous for its iconic “Boneyard” of mothballed military aircraft, neatly parked in rows on the desert caliche like life-size toy models, the Pima Air & Space Museum (pimaair.org) needs no introduction for fans of aviation hardware.

But the Tucson historical hotspot has plenty to offer wide-eyed neophytes, too. As the third-largest aviation museum in the world, Pima traces 20th-century history via the story of aircraft, from a vintage Wright Flyer to World War II dogfighters to the first Boeing 777 commercial airliner ever built. “Nowhere else in the world can you get this close to such a large, international variety of iconic and rare aircraft including military, commercial, civil and experimental,” museum spokesman Brad Elliott says. “[We’ve got] 250,000 square feet of indoor exhibits in six hangars, [including] three dedicated to WWII.”

Located just south of downtown Tucson, the museum makes for an excellent aperitif for your next Tucson weekend escape. After your visit, just taxi down the runway to downtown’s growing collection of funky boutique hotels.

Check out one of these overnight options in downtown Tucson.

Hotel McCoy: Opened in 2018, this one-time fleabag was taken over by artsy Millennials and now caters to visitors who favor personality and zest over luxury comforts. Rooms start at $80/night. hotelmccoy.com

Want a downloadable version of this article? Click Here.