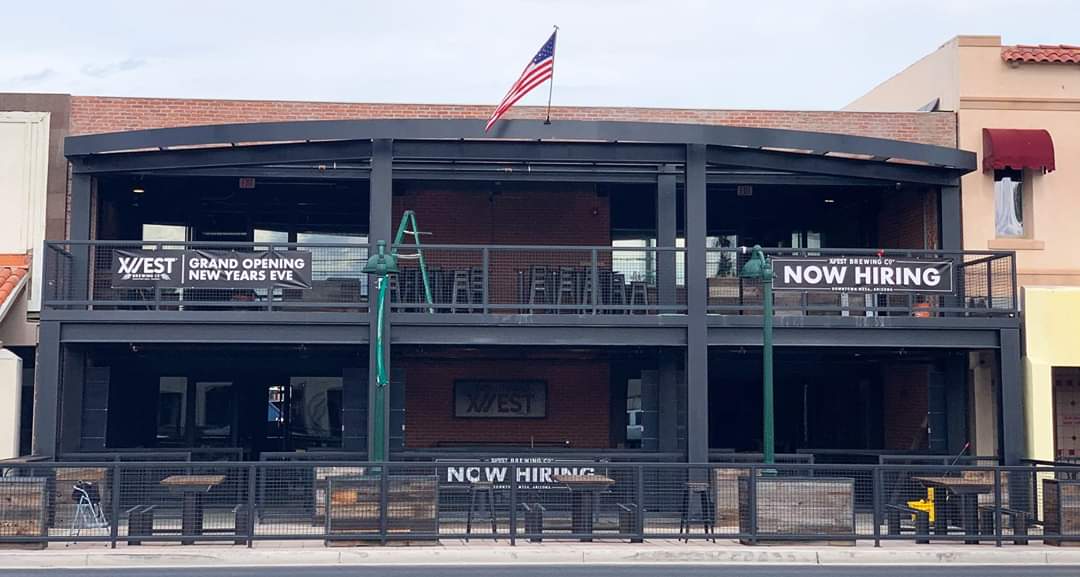 Bryan McCormick’s dream of bringing his brewery to the 12 West building in downtown Mesa has become a reality.

McCormick founded 12 West Brewing with Noel Garcia in 2016. The pair began brewing on a one-barrel system at its original location at Barnone in Gilbert and quickly started producing on a 10-barrel system due to increased demand.

Now, the duo is finally expanding their business to a former events venue at 12 West Main Street in Mesa. The 19,000-square-foot space features a taproom, cocktail lounge and restaurant. The pair also plans to eventually turn the building’s basement into a music venue.

“12 West Brewing Company is crafted for the community,” McCormick says. “We know the bond formed when sharing a pint or sipping a cocktail at the bar – people meet, converse and make memories surrounded by good friends, tasty food and great beer.”

This community-minded mantra is manifested through 12 West’s use of local ingredients, from blood oranges sourced from trees at Agritopia in Gilbert to a blend for its coffee stout from Spirit Mountain Coffee in Mesa.

The brewery, which opened on New Year’s Eve, features collaboration beers from Arizona breweries and classic cocktails made with local spirits. It also serves up small plates sourced from local ingredients such as the Bretzel, a Bavarian pretzel with beer cheese made from 12 West’s Wheat Beer.

“I always wanted to put a brewery in here,” McCormick says. “I waited for the light rail to get built and for Mesa’s time to come.”