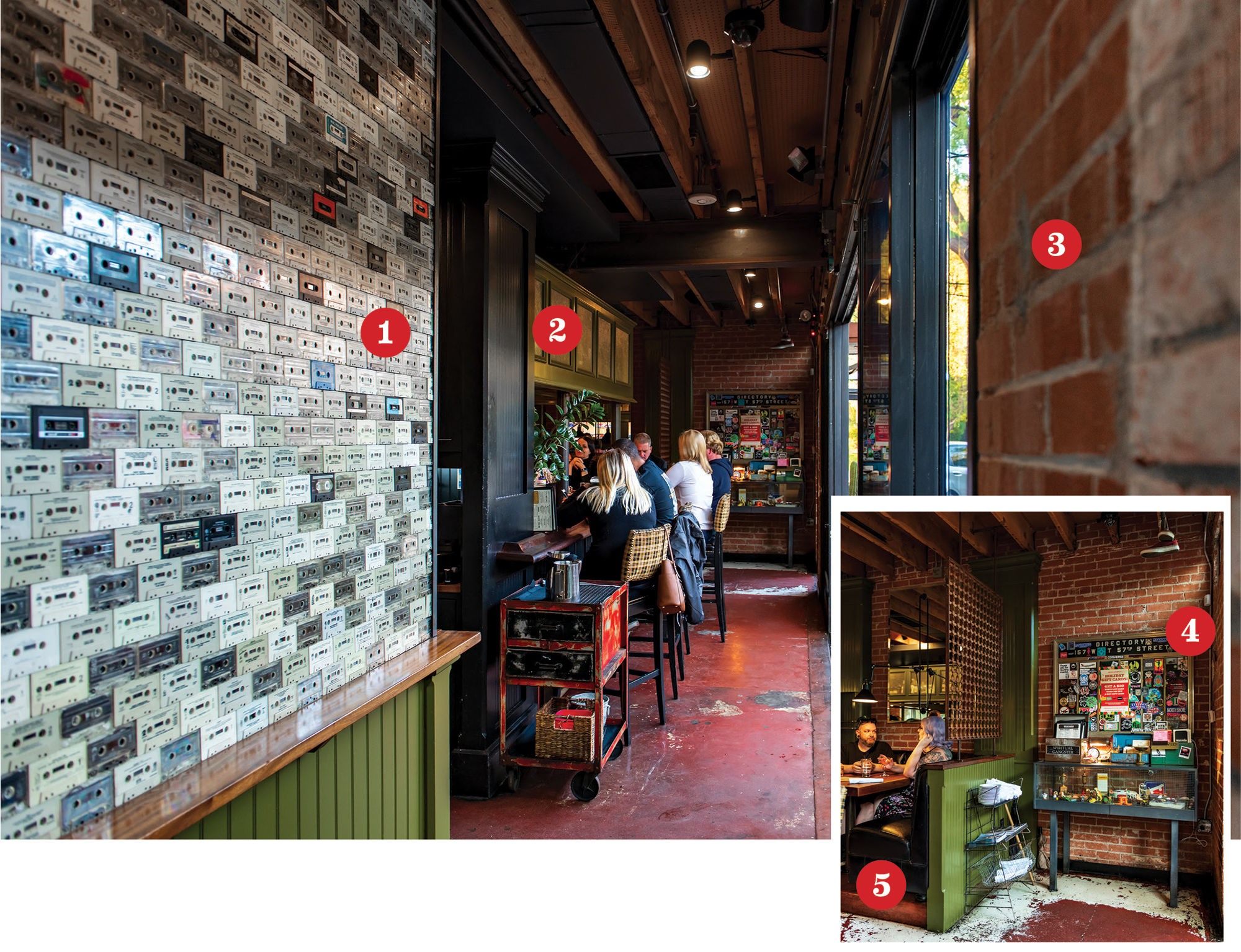 Lauren Bailey is a red-headed whirlwind, and as CEO of Upward Projects, the restaurant company she co-founded in 2009 with Postino WineCafé pioneers Craig and Kris DeMarco, she needs to be. Since joining forces, the partners have built a small empire, opening 10 Postinos in Arizona, Texas and Colorado, as well as two Joyride Taco Houses, Federal Pizza, Churn ice cream shop and the gastropub Windsor — all five concepts forming a nexus of deliciousness in the neighborhood on Central Avenue just north of Camelback Road. Recalling Windsor’s opening in 2011, Bailey says, “We wanted to create a place where people felt comfortable, a place that looked like it had always been there.” Given that the lovely building was built in the ’40s, it more or less had.

Having just opened their second Postino location across the street, the partners were unable to afford art. So they brought their old cassette tapes from home and filled a large wall with them, and asked friends to do the same. “It was kind of spiritual,” Bailey muses.

Bailey sourced vintage chicken wire glass, used in the cabinets that hang above the bar, from Olde Good Things, a salvage store in New York and L.A. Once used in industrial settings for its durability, it’s now  super trendy for both commercial and residential use, but Upward was years ahead of
that curve.

Former Governor Rose Mofford regularly got her famous beehive coiffed here — back when the building was home to De’s International Hairport. Hidden under layers of paint, the original brick walls were liberated by chemical paint-stripping, a laborious process that took weeks but preserved
the brick.

Another cost-saving maneuver: The tchotchke corner near the back door features a case Bailey found on Craigslist, previously used as an iguana cage. Now it holds all manner of kitsch, which Bailey says just “shows up.” The news board above the case is an old directory Bailey bought in
New York.

Bailey wanted big, comfy booths like the ones at Durant’s, so she went there for lunch and surreptitiously pulled out her tape measure to get the measurements just right. There are only three of them, so get there early to snag one.