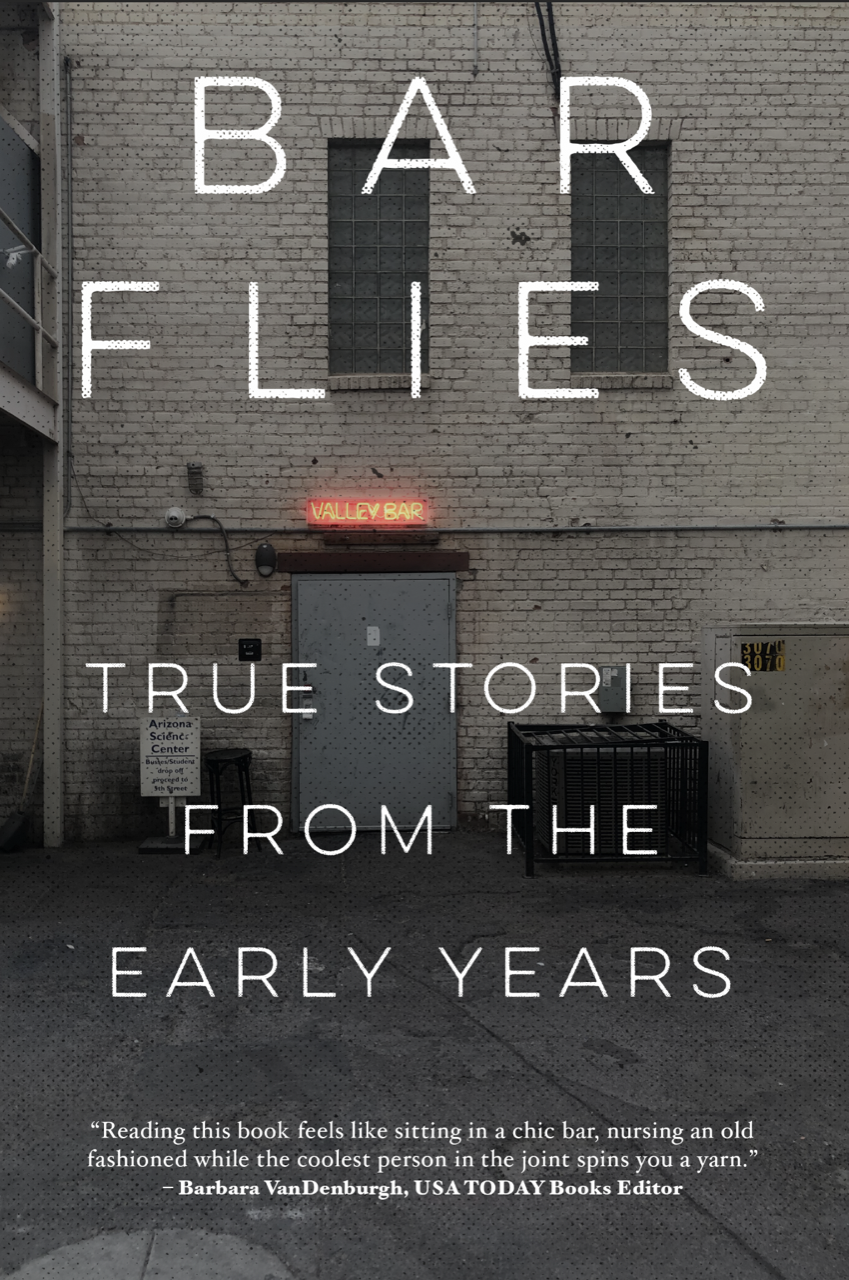 Writer Amy Silverman believes everyone has a story worth telling.

“We all have something to say, something to report,” she says. “People are way better writers and storytellers than they give themselves credit for and sometimes what you really need is permission to tell your story.”

Silverman gives people that permission during her live storytelling series Bar Flies, which is held once a month at Valley Bar. Each event has a theme and features five storytellers who read true essays under 1,500 words.

“The storytelling scene in Phoenix is really strong and the most impressive part is that it’s been strong for so long,” she says. It started with a monthly event called Lit Lounge at Scottsdale Museum of Contemporary Art. When the event’s founder, Tania Katan, left for another job, Valley Bar owner Charlie Levy approached Silverman and her co-curator Katie Bravo to host a similar event at his Downtown Phoenix bar. Bar Flies was born in 2015.

“We did it kind of as an homage to [Katan] and to Lit Lounge because we really felt like it was a great thing for Phoenix to have,” Silverman says.

They also launched a storytelling program for teens called Shoo Flies and a series of other projects and workshops called Fly Paper.

Silverman and Bravo have heard handfuls of poignant, humorous and humbling stories over the years. Recently, they assembled some of them into an anthology called Bar Flies: True Stories from the Early Years, which features true tales from 60 local storytellers.

“Papay Solomon, who is an incredible painter… he tells a really great story that’s in the book about his life as a refugee coming to this country,” Silverman says. “Deborah Sussman, our kind of resident DJ for Bar Flies, has a beautiful piece in the book about saying goodbye to her dog, Henry, and it weaves in, as these stories often do, a lot of truths about life.”

She says the hardest part was sifting through all the stories, which are “happy, sad, complicated and simple” and are penned by people of all different ages and walks of life.

The book will be released at Bar Flies’ annual holiday show, Eating Christmas, on December 17 at The Van Buren. A book is included with each ticket.

Many of the book’s contributors will be at the event, which will include 14 local storytellers and a “paper mart” featuring Wasted Ink Zine Distro, Hamster Labs, Hazel & Violet Letterpress and more.

“That’s kind of our overarching principle is celebrating things that are on the page,” Silverman says. “People read their Bar Flies essays off the page and the book will be on the page, so we feel like it’s an appropriate thing for us.”

Silverman says the originality, authenticity and creative expression that comes with storytelling is contagious.

“I see people come all the time to Bar Flies to see a friend, people who never would’ve thought of getting on stage, and after the show is over, they come up and say, ‘I want to tell a story. How do I get involved?’” she says. “It’s been this really great organic thing.”

Tickets for Eating Christmas are $20 and can be purchased at barflies.org and the vanburenphoenix.com. Bar Flies: True Stories from the Early Years will also be available at changinghands.com.