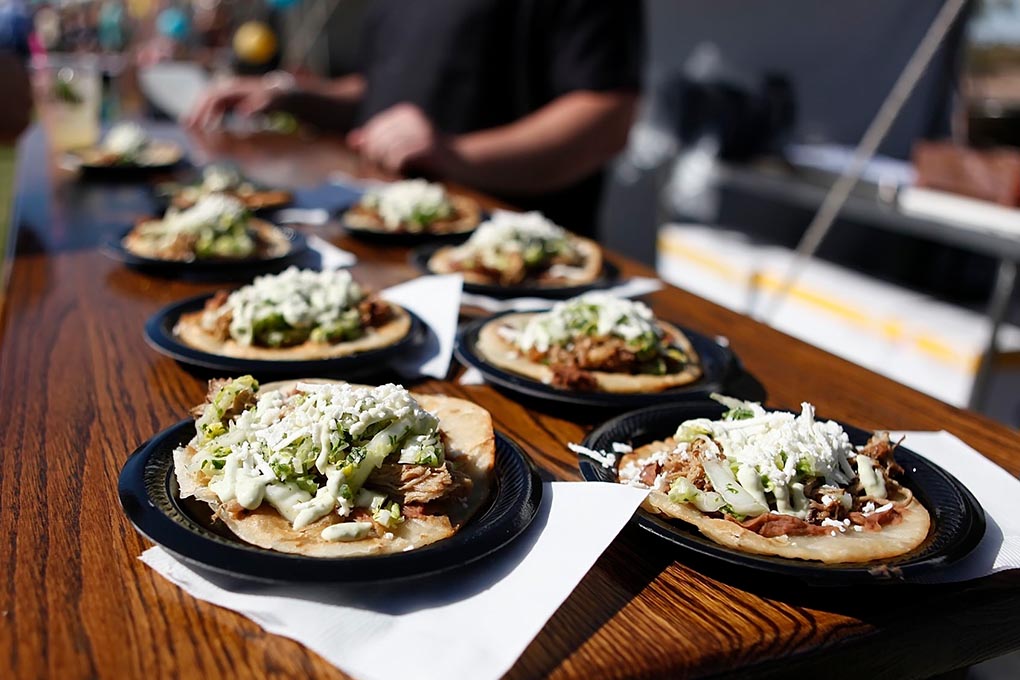 Billed as the “Woodstock of Tacos,” the Arizona Taco Festival returns to the Valley for its 10th year on Saturday, October 12 and Sunday, October 13. Listen to live music, sip on beer and margaritas and munch on $3 tacos from more than 50 local restaurants. Here are 10 more taco-themed activities to sink your teeth into this weekend.

1. Lucha Libre Arena and Lucha Bar
Watch wrestlers throw down from the bleachers under a structured tent with its own lucha-themed bar while a live band provides the soundtrack.

3. Hot Sauce, Hot Sauce and More Hot Sauce
Spice things up with more than 100 hot sauces available to sample, buy and vote for the People’s Choice Award. The horde of hot sauces is curated by Vic Clinco, who owns the world’s largest private collection of spicy sauces.

4. Dia de los Muertos Wedding
One lucky couple will get married on the mainstage Day of the Dead-style and have their honeymoon in a private cabana.

5. Instagram Installations
This adult playground is perfect for social media mavens. Take selfies on taco seesaws or in the guacamole ball pit and utilize one of the area’s charging stations to keep the ‘gram moments coming.

6. Tequila Expo
What pairs better with tacos than tequila? Choose from more than 100 types of the Mexican liquor and other agave-based spirits.

7. Taco Competition
Local chefs battle for the title of “Top Taco,” a trophy and bragging rights – oh, and $10,000. A panel of taco connoisseurs will blind taste test the tacos to determine which one is the best.

8. Hot Chili Pepper Eating Contest
The competition heats up with five rounds of scorching peppers including the Carolina Reaper and Trinidad Scorpion. The winner will receive a medal of honor and an unlimited supply of milk and ice cream.

9. Taco Gordo Eating Contest
Ten strong-stomached participants will have six minutes to scarf down six tacos. If you think you can hack it, stop by the Stage Check-In tent to sign up.

10. Ay! Chihuahua Beauty Pageant
More than 20 chihuahuas dressed to the nines will strut their stuff on stage.