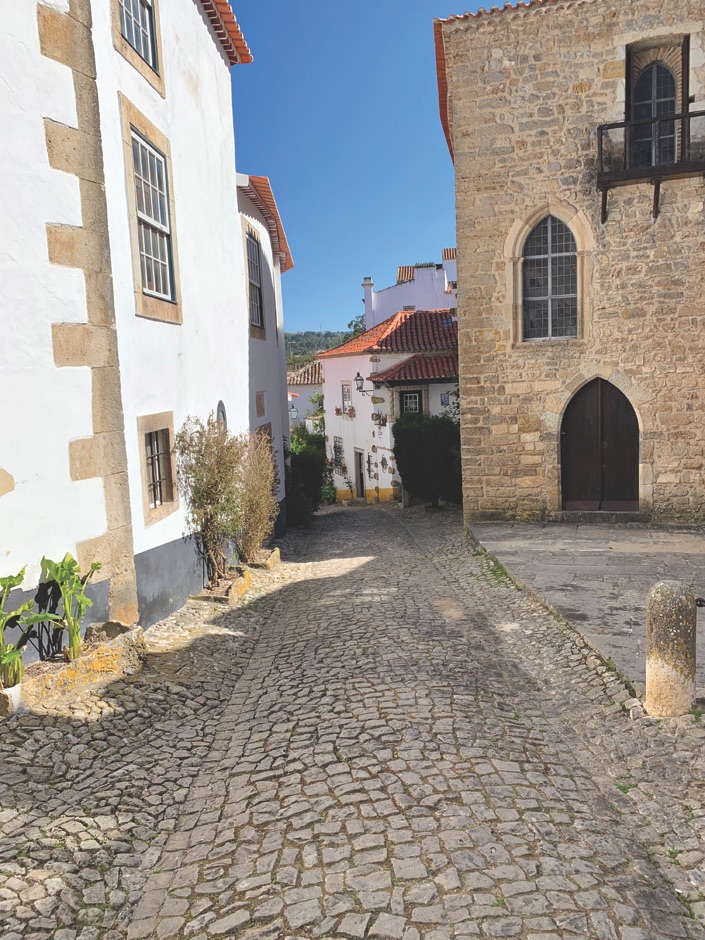 Chad Nikkel travels internationally three times a year, and he always makes sure to stay away from the common tourist itinerary and immerse himself in the local culture. “I’m anti-touristy,” says the Aquaman Pools founder. “It’s OK to see the palace or whatever, but I like the local feel.” His recent trip was to the seaside town of Cascais, Portugal, famed for its historical Cidadela de Cascais fort and picturesque marina.

Nazaré
As the owner of a pool company, Nikkel is always looking for unique water features and fountains on his travels. About a 90-minute drive north of Cascais, the beach destination Nazaré was right up Nikkel’s alley for its beautiful waters and massive, record-setting waves – including one more than 100 feet tall. “There’s a unique formation under the water that forms these gigantic waves, and that is the world record surfing spot,” he says.

Furnas do Guincho
Thanks to its abundant coastline, Portugal’s cuisine includes tons of seafood. Just up the coast from Cascais, Nikkel ate baked salted cod at Furnas do Guincho restaurant. “It’s this local cod fish, and it’s got about an inch and a half of salt all over the whole fish, and they bake it in this salt. Then they bring it out to the table on fire.”

Manteigaria
Aside from the eye-catching seafood and amazing wine, Nikkel’s favorite Portuguese treats were the egg tart desserts. “It’s this cheese tart, almost like a crème brûlée, inside this flaky tart thing,” he says. Nikkel ate at Manteigaria, a Portuguese custard pie factory known for its mini egg tarts.