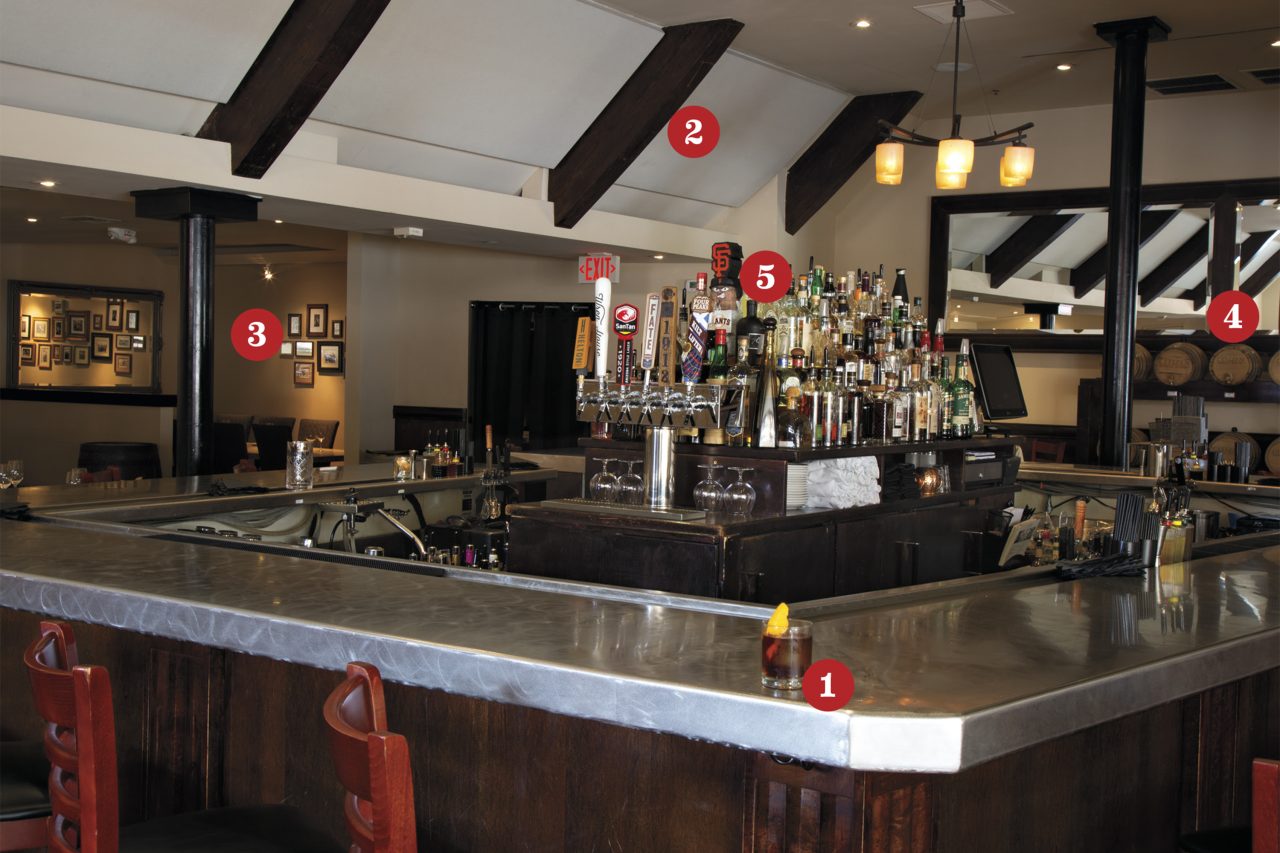 Longtime pals and partners Bernie Kantak and Andrew Fritz met back in the ’00s at Peter Kasperski’s Cowboy Ciao, where Kantak was the mushroom-pan-frying executive chef and Fritz climbed the front-of-the-house ladder from host to assistant manager. The two began talking about opening a place together, envisioning a classy but congenial gathering spot that specialized in craft cocktails and elevated comfort food. After a Downtown Phoenix deal fell through, they “kept the dream alive,” Fritz says, eventually stumbling upon a vacant building in Old Town sitting right under their noses – the space that had once housed the iconic Trader Vic’s, a beloved landmark for 30 years until its closing in 1990. The two friends opened Citizen Public House on the site in 2011, breathing to life what is now the Valley’s longest running and best executed gastropub.

Although the center-stage, stainless steel-topped bar – four-sided for maximum people-watching – is perfect for Citizen’s cocktail-centric concept, it’s actually a leftover from the Velvet Room, the sultry jazz and supper club that operated on the site in the early aughts.

When Fritz and Kantak pulled down the sub-ceiling added during the Velvet Room era, they found the massive exposed beams and vaulted ceiling of the Trader Vic’s days – back when a 15-foot outrigger, glass fishing floats and other tiki paraphernalia hung from the rafters.

A semi-private dining room sports a butcher block table seating 12, plus a wall of old-timey, vintage-framed black and white photos of the owners’ and employees’ ancestors. Look for Kantak’s Eastern European kin, some of whom were butchers, which explains his predilection for braised meats.

The custom-made rack along the wall holds 12 20-liter American Oak casks filled with barrel-aged cocktails – six in all, one barrel of each cocktail designated for pouring, the other for resting. They’re commonplace now, but Citizen was the first Valley venue to offer them.

You won’t find a TV in the whole joint, the single reference to sports being a San Francisco Giants totem on the back bar. However, that doesn’t stop loads of ballplayers and spring training fans from dropping in often – sometimes daily – in March.