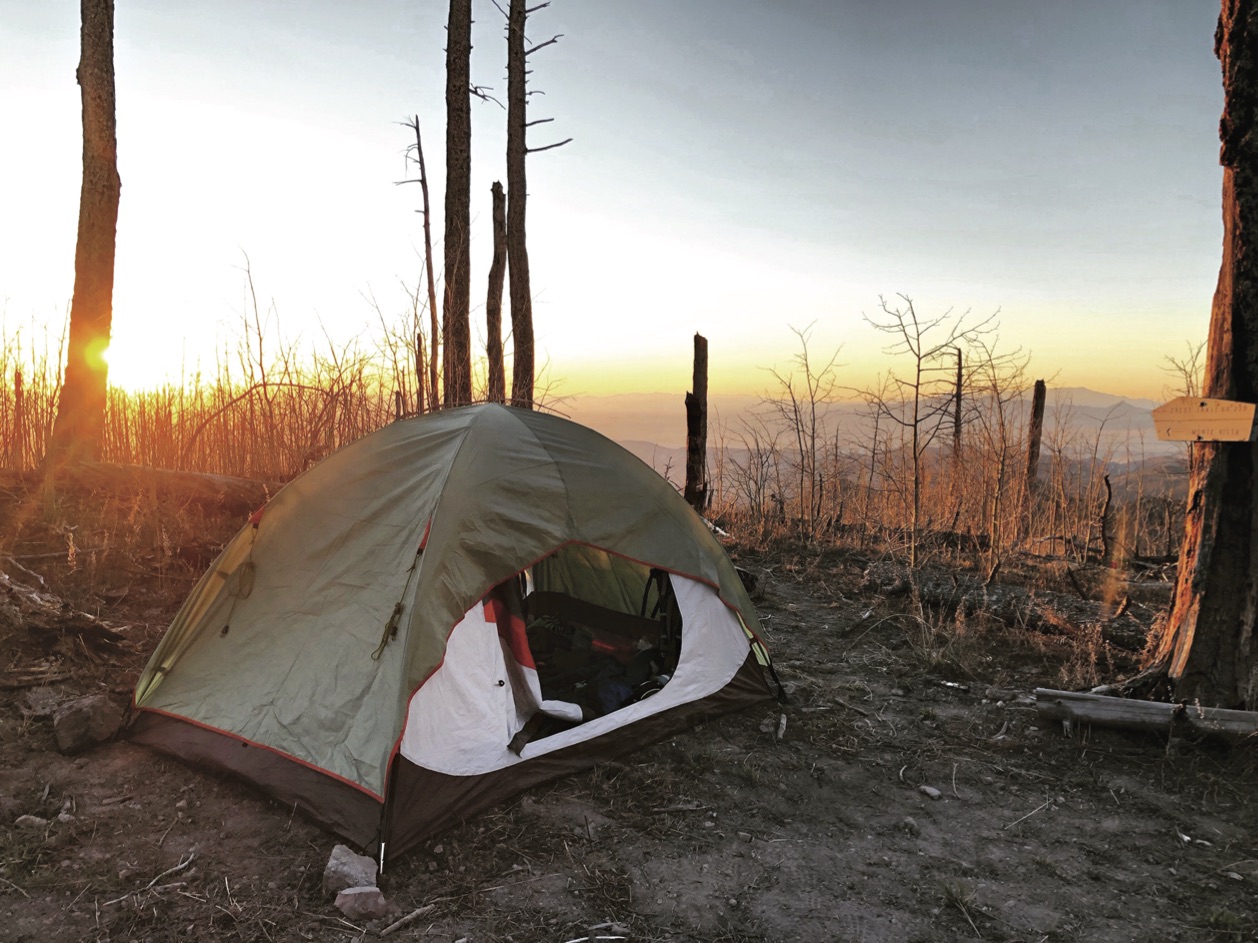 “Waking up in the tent on the Chiricahua saddle was surreal,” Phoenix sales executive Melissa Balthazor says of one exhausting episode on her life-changing hiking journey. “I was slow to wake, maybe because of the cold, or because I knew the magnitude of what I had to accomplish that day – hike 18 miles round trip to summit Snowshed and Sentinel peaks.”

Looking to “get really high… on mountains” while dealing with difficult personal issues, the mom of two children, ages 12 and 7, began by knocking off the peaks, which involved aggressive planning and training. The endeavor requires more than 200 miles of hiking with a cumulative elevation gain that’s roughly equivalent to climbing Mount Everest four times.

She began the challenge with Kendrick Peak (10,418 feet) in Flagstaff, which  she hiked solo. As she gained confidence and skill, her pace accelerated and she completed the challenge – which typically takes hikers years – in just 10 months.

Having bagged her final summit, Blue Peak (9,346 feet) near Alpine on Memorial Day weekend this year, Balthazor keeps motivated by hiking and planning future treks. “I haven’t announced my candidacy for the 20 canyons, but it may be next.”