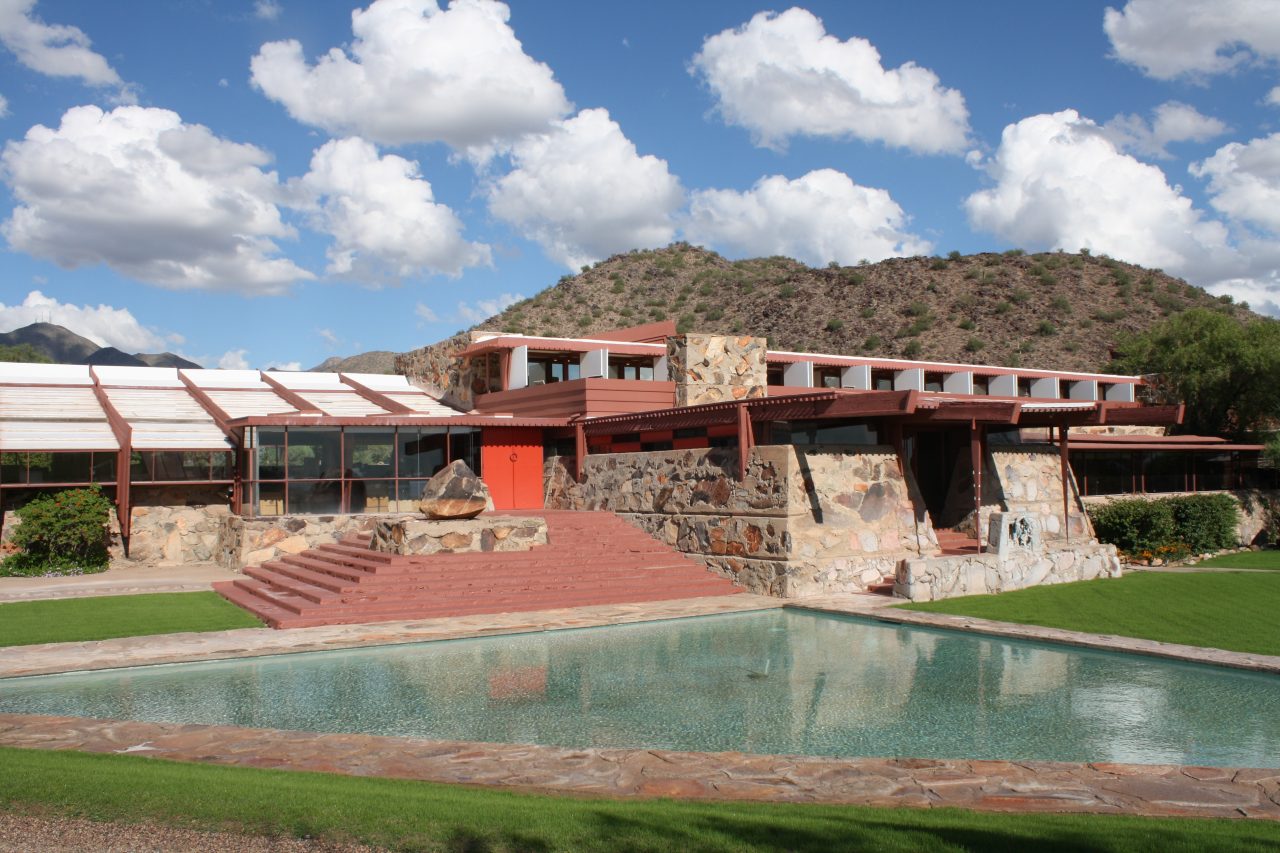 Anyone who has visited Taliesin West in Scottsdale knows that Frank Lloyd Wright’s studio and winter home has an almost sacred quality to it.

Built in 1938, the celebrated site is one of eight of the influential Arizona architect’s projects recently inscribed on the UNESCO World Heritage list.

Wright is widely recognized as the greatest American architect of the 20th century and the sites, which span five decades of his prolific career, are a shining example of his forward-thinking work. In addition to Taliesin West, the list includes Unity Temple and the Frederick C. Robie House in Illinois, Taliesin and the Herbert and Katherine Jacobs House in Wisonsin, Hollyhock House in Los Angeles, Fallingwater in Pennsylvania and the Guggenheim Museum in New York.

The designation has been in development for nearly 15 years. Helmed by Fallingwater Director Emerita Lynda Waggoner, the nomination was made possible in part by the Frank Lloyd Wright Building Conservancy, an international organization dedicated to the stewardship of Wright’s remaining 400 structures. The National Parks Service submitted the nomination to the World Heritage Centre in Paris on November 20, 2018. It was reviewed and inscribed on July 7 at the 2019 session of the World Heritage Committee in Baku, Azerbaijan.

The series of sites joins 1,000 other World Heritage Sites around the world, 24 in the U.S. and one – the Grand Canyon – in Arizona.

“We are honored to have Taliesin West joining the Grand Canyon National Park on the UNESCO World Heritage Site list. Frank Lloyd Wright was so inspired by his visit to the Arizona desert that he created Taliesin West as his winter home and school of architecture in 1938,” says Arizona governor Doug Ducey. “His influence is evident around the state. Arizona is proud to be home to these unique world-class destinations that attract visitors from around the world and support tourism as a vital economic driver for our state.”

Though Wright died in 1959, each inscribed place has played a pivotal role in contemporary architecture over the last century and continues to be a prominent influence today.

“This recognition by UNESCO is a significant way for us to reconfirm how important Frank Lloyd Wright was to the development of modern architecture around the world,” says Barbara Gordon, executive director of the Frank Lloyd Wright Building Conservancy. “Our hope is that the inscription of these eight major works also brings awareness to the importance of preserving all of his buildings as a vital part of our artistic, cultural and architectural heritage.”