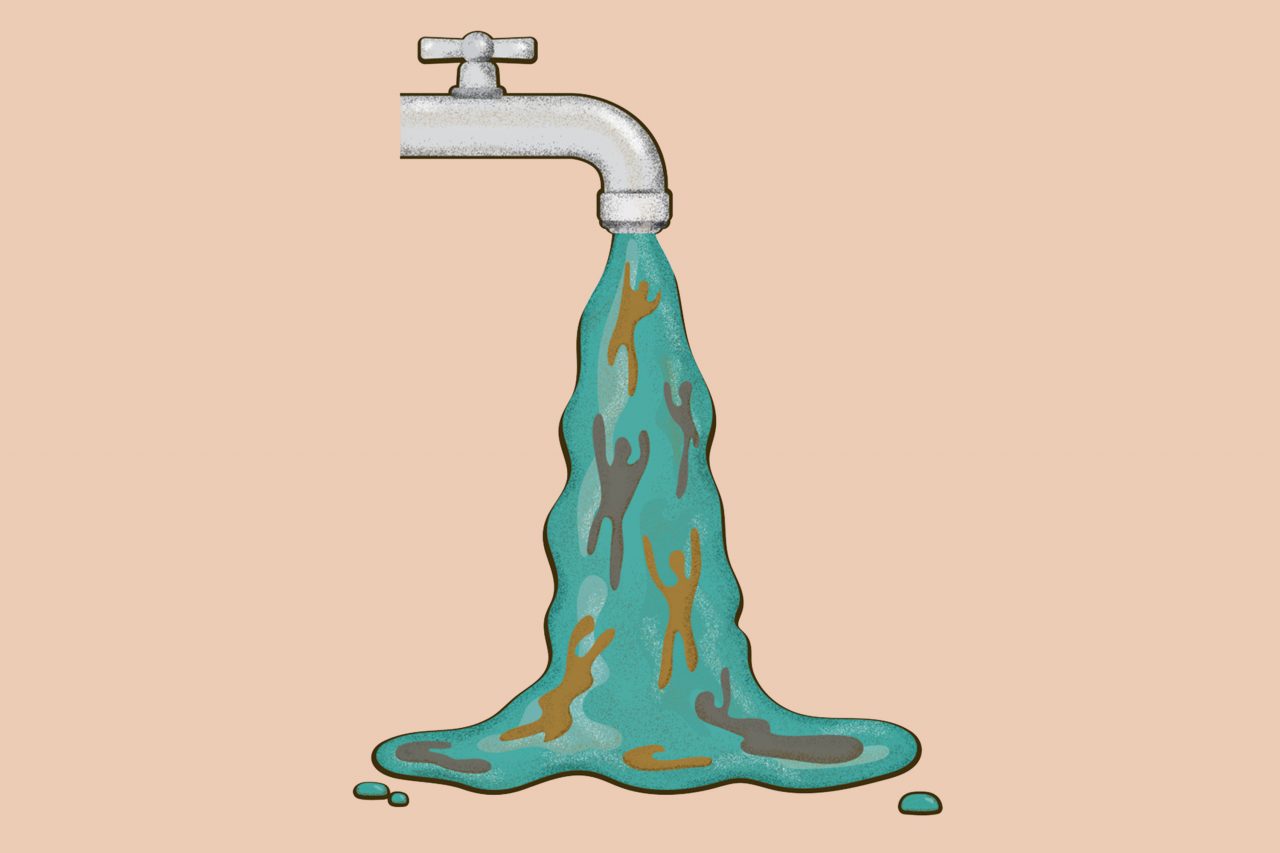 Some 403,910 Arizonans are drinking water containing potentially hazardous levels of nitrate, a chemical linked to health risks including cancer and birth defects, a recent national study by a team of environmental health advocates shows. And public water systems serving smaller, less affluent communities may be the most at risk.

“No one should face unequal or higher risk from environmental pollutants,” says Laurel Schaider, an environmental chemist at Silent Spring Institute, the Massachusetts nonprofit research group that led the study. “What we often find is that low-income communities and communities of color do have higher exposures to pollutants.”

Arizona has a dark history of water contamination in disadvantaged areas, predating the 2014 Flint, Michigan, water crisis that mobilized environmental justice advocates. In the 1990s, residents in largely Hispanic neighborhoods surrounding Tucson International Airport successfully sued Hughes Aircraft (now owned by Raytheon), McDonnell-Douglas (acquired by Boeing) and other companies for dumping an industrial degreaser containing the carcinogen trichloroethylene into groundwater for decades. In 2008, the Environmental Protection Agency (EPA) initiated a plan to clean abandoned uranium mining sites on Navajo land that had been leaking radiation and heavy metal contamination since the 1940s.

Schaider’s study didn’t focus on Arizona – her team looked at national data on how many Americans are exposed to potentially hazardous nitrate levels in drinking water, and then traced the high-nitrate reporting water utilities to the communities they served. What they found was disturbing: Community water systems with the highest percentage of Hispanic residents exceeded the nitrate threshold nearly three times as often as systems serving the lowest percentage. Researchers attributed much of the phenomenon to agricultural fertilizer, a huge source of nitrate pollution, and high Hispanic farmworker representation (68 percent of all U.S. agricultural workers come from Mexico, says the National Center for Farmworker Health). New water and sewage infrastructure following suburban white flight coupled with neglect of older urban areas also plays a part.

PHOENIX asked Schaider to break down the data for Arizona, to see who’s most affected here. While she wasn’t able to draw a clear demographic profile around the offending water sources (“We’re lacking information about the cities served by these systems.”), she concluded all utilities with nitrate concentrations of at least 5 parts per million, halfway to the 10 ppm level the EPA deems unsafe to drink, draw from groundwater and serve smaller communities.

The revelation that Arizona’s high-nitrate water sources are drawing from groundwater is particularly concerning, considering that the state is currently in the process of weaning farmers off Colorado River water. Arizona’s Drought Contingency Plan calls for farmers to go all-groundwater after 2022.

“Sometimes there can be bias on the part of enforcement agencies, where they don’t pay as much attention to low-income or minority communities as they do to areas with more political influence,” says Tauhidur Rahman, a professor of agricultural and resource economics at the University of Arizona. “Another consideration is that people in low-income areas will often look at the positive side that a project may bring more job opportunities… and therefore may ignore the pollution it will generate. That’s a recipe for environmental justice problems.”

Arizona has 72 utilities pumping water with an average nitrate concentration above 5 parts per million, halfway on the scale the EPA deems unsafe to drink. These systems’ average nitrate levels exceed the standard of 10 ppm: