Admittedly, the name sounds more like prison slang – “The warden is sending you to the holbox, inmate!” – than a pleasant vacation spot, but that’s part of the odd, off-the-grid charm of this 26-mile-long leg of island paradise off the Yucatán Peninsula. Pronounced HOLE-bosh, the one-time pirate hideout is a funky, lively, unapologetically bohemian strip of sand and mangroves that offers little to do besides read, sunbathe, eat, kiteboard and generally enjoy life. In short, it’s the good kind of solitary confinement.

How to Get There
Go west, Cancún traveler. While most of the region’s tourists head east from Cancún International Airport to the likes of Tulum and Playa del Carmen, Holbox-bound visitors take a two-hour drive west and head north to the port town of Chiquilá (you can also take a bus), followed by a gentle 30-minute ferry ride to the island. Golf cart taxis at the dock will take you to your local destination. 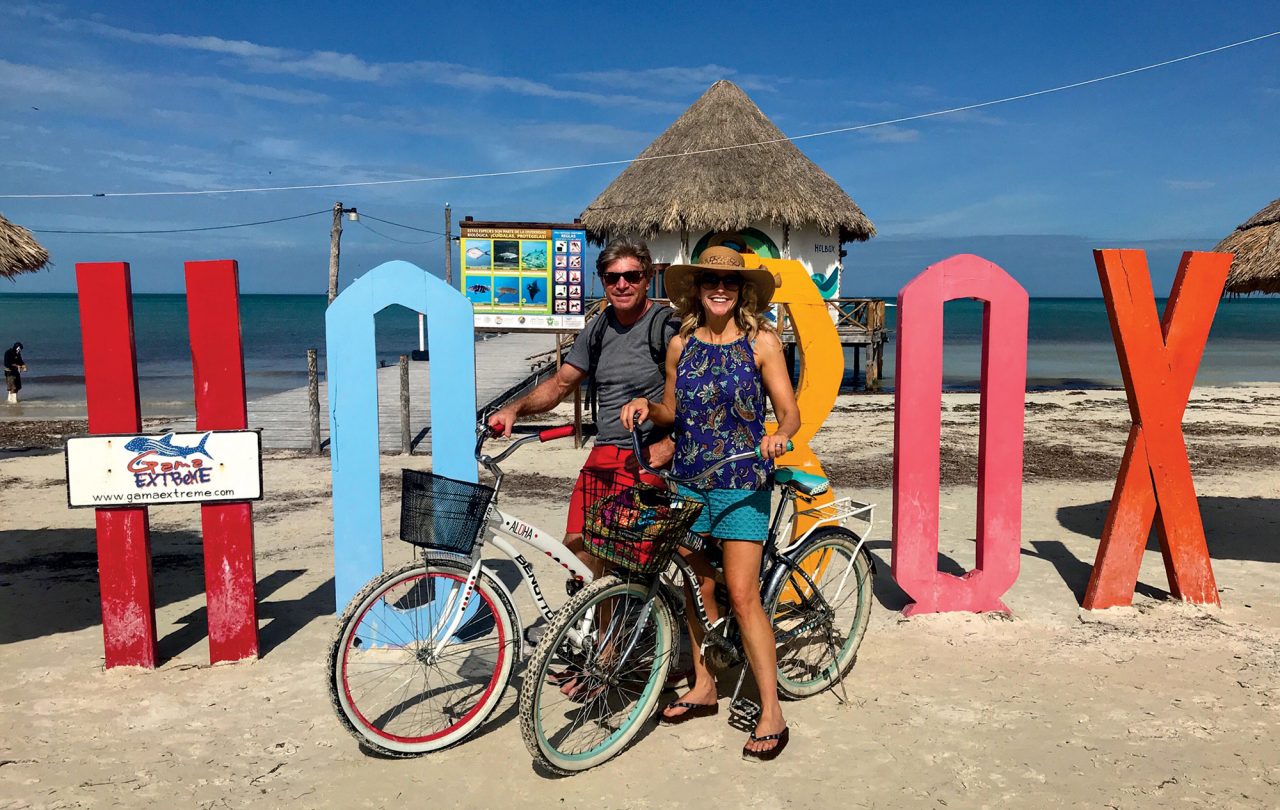 Stuff you won’t find on Holbox:

Cars and Paved Roads
Golf carts and bikes are the only modes of transportation on the island.

Margaritaville
Which is to say: no Cancún-style corporate drinking holes. Just charming, sand-filled streets dotted with potholes and pedestrians making their way in and out of the town’s high-spirited cantinas.

You can absolutely spend your entire Holbox visit nibbling on lobster ceviche and reading Patricia Highsmith in the shade of a fan palm – no judgments! – but these local pastimes should be considered.

Whale Shark Encounters
From June to September, you can swim alongside the largest fish in the world, whale sharks, an opportunity offered in just a few other places around the world. It’s a good thing they prefer plankton to people, as Holbox’s waters are filled with the nutrient-rich organisms. Visit holboxisland.com for tour info.

Eco-Tourism
Isolation has always been one of the most appealing natural amenities in Holbox (the Yucatec Maya word for “black hole”). In the 1800s, it served as a refuge for Mexicans fleeing the Caste War of the Yucatán, when the region’s indigenous Maya people rebelled against their European-descended rulers. Later, Che Guevara and Fidel Castro purportedly made an overnight stop on Holbox, feasting on fresh seafood, before heading to Cuba to start their own rebellion. Today, as part of Mexico’s largest ecological preserve, Yum Balam, the island serves refugees of a different breed: jaguars, flamingos, American manatees and other threatened species. 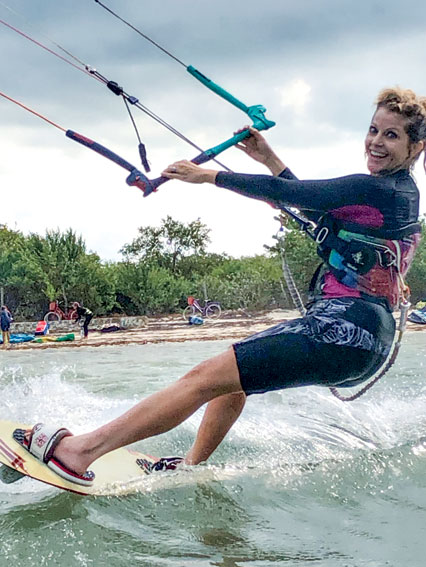 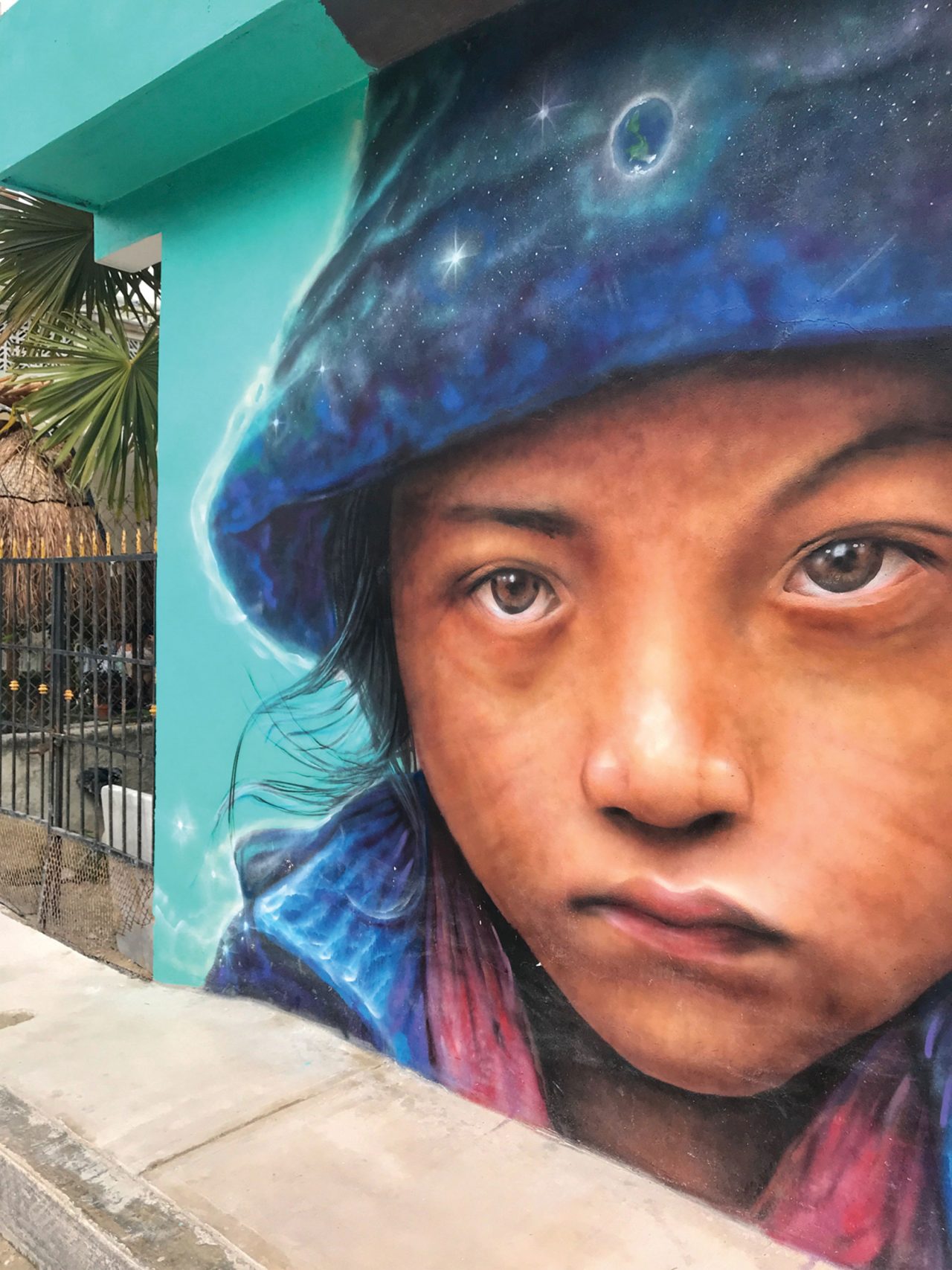 Murals
In 2014, Holbox hosted the International Public Art Festival – essentially a macro version of a “wine and canvas” party – in which artists from all over the world were invited to treat the island as their canvas, draping buildings and homes with colorful murals. The resulting open-air museum of street art earned Holbox the nickname “Graffiti Island.”

Casa Las Tortugas
Profiled in The New York Times and Travel + Leisure, this fabulous 24-room boutique hotel is owned and operated by Italian Francesca Golinelli and her former pro kitesurfer husband, Patrick Wiering. They’ve put a lot of love and effort into the place. The sand walkways and perfectly placed stepping stones lead you past an inviting pool, yoga studio and thatched-roof palapas to the beach. When we arrived, our receptionist handed us “welcome shells” – currency used for a free drink upon check-in. They must be very trusting at Casa Las Tortugas, because the next morning, walking to catch the sunrise, you’ll likely see those same white “free drink welcome shells” everywhere. Honor system! $186/night, holboxcasalastortugas.com

1. Raices
A no-nonsense, feet-in-the-sand joint, where you can watch fishermen return with the day’s catch. It also offers the best iteration of the island’s signature dish: lobster pizza. holboxisland.com/restaurants/raices

2. Manderina
The indoor/outdoor restaurant at Casa Las Tortugas offers dreamy, Italian-inflected fine dining, and the mezcal bar overlooking the beach is a late-night must. holboxcasalastortugas.com/drink-dine

No Hammock Fear
Unattended hammocks are everywhere on the island, many just a few inches off the water, some resting on sandbars. Most are held together by two wood poles and look as though they could topple at any moment, so sliding onto one takes a leap of faith. Make that leap – it’s a nap waiting to happen.