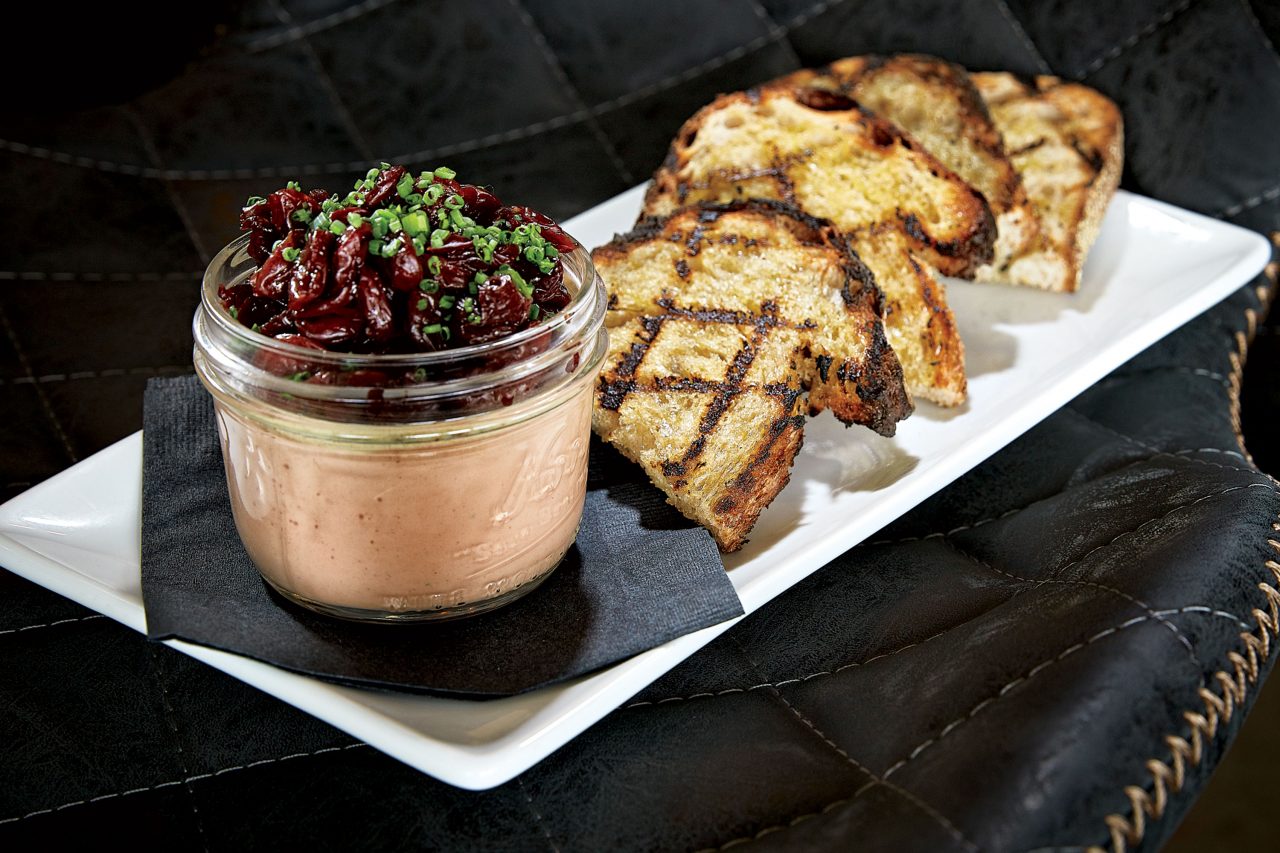 Photography by David B. Moore

Trust me, you’re not going to want to keep quiet about Hush Public House, a dimly lit stiletto of a restaurant – not much more than a bar, really – tucked inside an unprepossessing strip mall in North Scottsdale.

Open just over a month as of this writing, it’s reliably packed from 5 p.m. on, filled with hard-core foodies and well-wishers, some of whom know chef-owner Dom Ruggiero and his front-of-the-house bartending partner Charles Barber from their previous culinary jobs around town. Ruggiero cooked at FnB and Chelsea’s Kitchen, to name two, while Barber put in a long stint at Zinc Bistro, where he met Ruggiero a decade ago. The two friends have dreamed for years of opening a restaurant together, Barber’s mom urging them all the while to “keep it on the hush” until their plan could come to fruition.

Like all good “public houses” – that retro-chic genre of upscale food pubs – the place is jeans-casual and noisy, owing to hard surfaces, blaring indie rock and the general din of people having a good time. A short, frequently tweaked cocktail menu fuels the conviviality, as does a 20-item list of something-for-everybody share plates ranging from crowd-friendly hummus and grilled meats to edgier crudo and protein-based mousses. Nothing is organized by category, although appetizers land near the top, entrées and desserts at the bottom – another small detail that reflects a pervasive “no sweat” attitude. Even in its infancy, Hush seems polished and self-assured, a restaurant destined for a long and happy run, and in the short term, the definite front-runner for the best new restaurant of 2019.

If that prediction seems a bit premature, consider the arsenal of edible arguments. One of the most compelling is a plate of crab-laced hush puppies, egg-shaped and rather large as hush puppies go, served piping hot and ultra-crunchy with a drape of slivered green onion and a side of sweet corn remoulade to echo the cornmeal in the batter. Ruggiero’s grilled Blue Point oysters, splashed with Cutino Sauce Co. hot-sauce-infused butter and covered with a partial melt of Grana Padano (Parmesan’s country cousin), are also delectable. Served with a sliced baguette, they perform nicely as gateway oysters for people too squeamish to slurp them raw – not as rich or gloppy as Rockefellers, but still plenty decadent, offering up a hint of heat. Halibut crudo – an elegant composition of rosy fish flesh, grapefruit, orange, pickled red Fresno chiles, pickled fennel, snipped scallions and fennel fronds – has the restrained elegance that is a hallmark of both crudo and sushi. The dish doesn’t quite rival Cullen Campbell’s spectacular, umami-rich renditions at Bar Pesce, but being second best in this case is still a very good thing indeed. 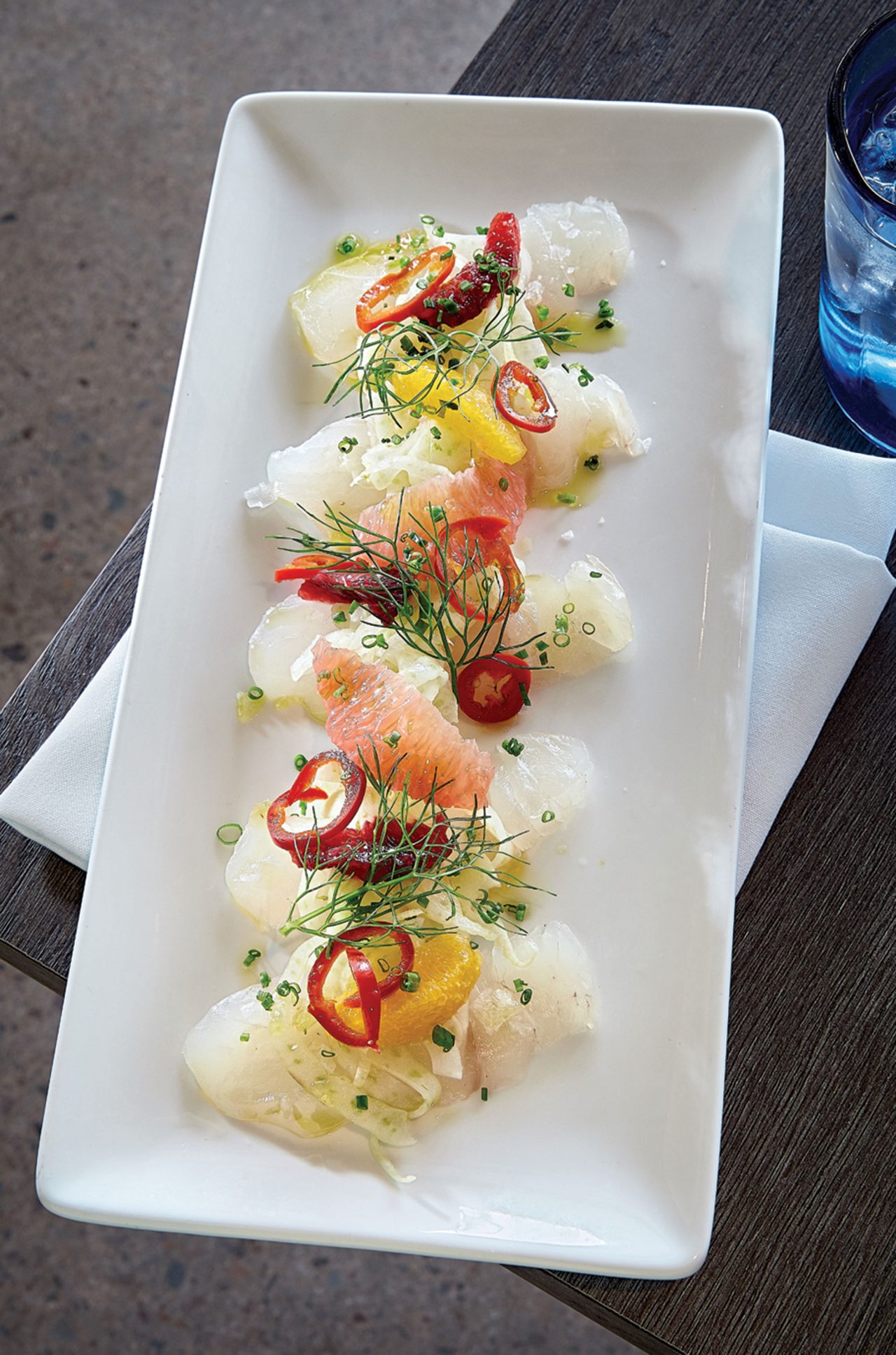 Speaking of illustrious runners-up: There’s no better chicken liver mousse maker in the world than Tony Andiario (the chef who left Tratto two years ago to open his own restaurant in Philadelphia), but Ruggiero’s mild and silky version, topped with boozy cherries, comes remarkably close. It’s poor man’s foie gras, offering up buttery texture and iron-y flavor in every bite. In fact, when it comes to all things meat, Ruggiero (most recently a butcher at The Meat Market in Cave Creek) flaunts his chops at every turn, offering a firm, satiny slab of excellent butcher’s country pâté, savory with herbs and rimmed with a ribbon of fat, which shares the plate with house-pickled veggies, grainy beer mustard and hunks of crunchy Noble bread. His prime New York strip, sourced from Cedar Farms, is absolute perfection – perfectly charred, perfectly pink and perfectly paired with a salsa verde that’s parsley-green, acidic and caper-salty. It’s the best steak in town in the sub-$40 range.

Grilled double-cut bacon is similarly fabulous – smoky and salty, crispy and fatty at once – but the same salsa verde doesn’t do the bacon justice, competing with the salty meat and masking its flavor. What I love without reservation is Ruggiero’s splendid riff on Chicago’s Italian beef, an outsize open-face sandwich built on a grilled brioche roll heaped with meltingly tender beef, swimming in gravy and enriched with stewed, silky oxtail. Mantled in melted provolone and zingy house-made giardiniera, this knife-and-fork affair completely transcends its “man food” genre. 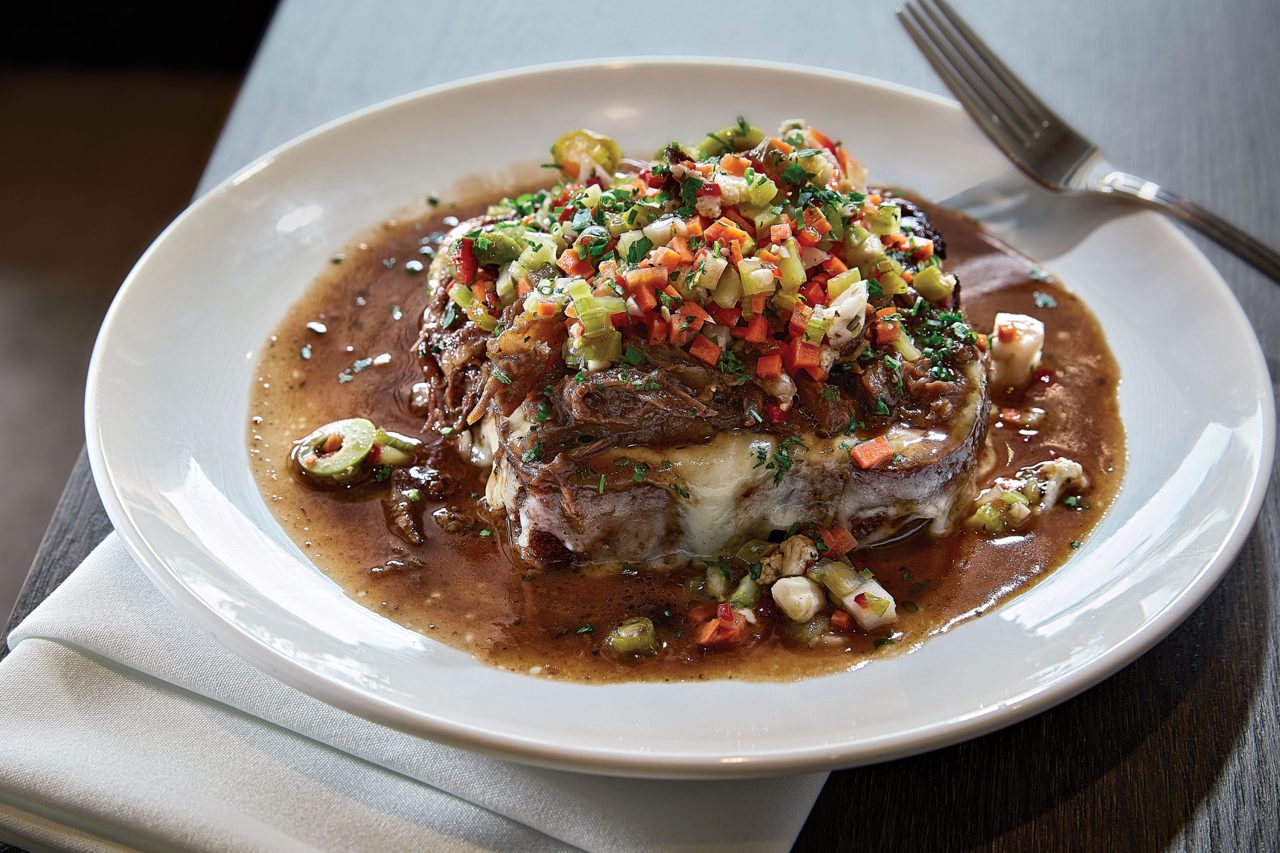 Italian beef and braised oxtail on brioche with giardiniera

But Hush isn’t Arby’s – thank God! – so the menu also features its share of vegetable dishes, nary a one of them pedestrian. There’s a simple little gem salad I dearly love, combining smoked almonds, charred loops of grilled red onion and shaves of sharp pecorino, the lettuce lightly dressed in preserved lemon vinaigrette. The grilled treviso (radicchio-like chicory) is also unique, possessing a smoky char that’s counterbalanced by a light anchovy dressing and a feathery overlay of Manchego and cured egg yolk for cheese-like richness and depth. Finally, Ruggiero offers a crunchy, bread-crumb-topped gratin that brims with unpeeled, thinly sliced sunchokes, slightly pungent tubers that are like the offspring of a potato and a garlic bulb. He puts Swiss chard into the gratin mix, each element bathed in a cream sauce fortified with faintly tangy Taleggio cheese. 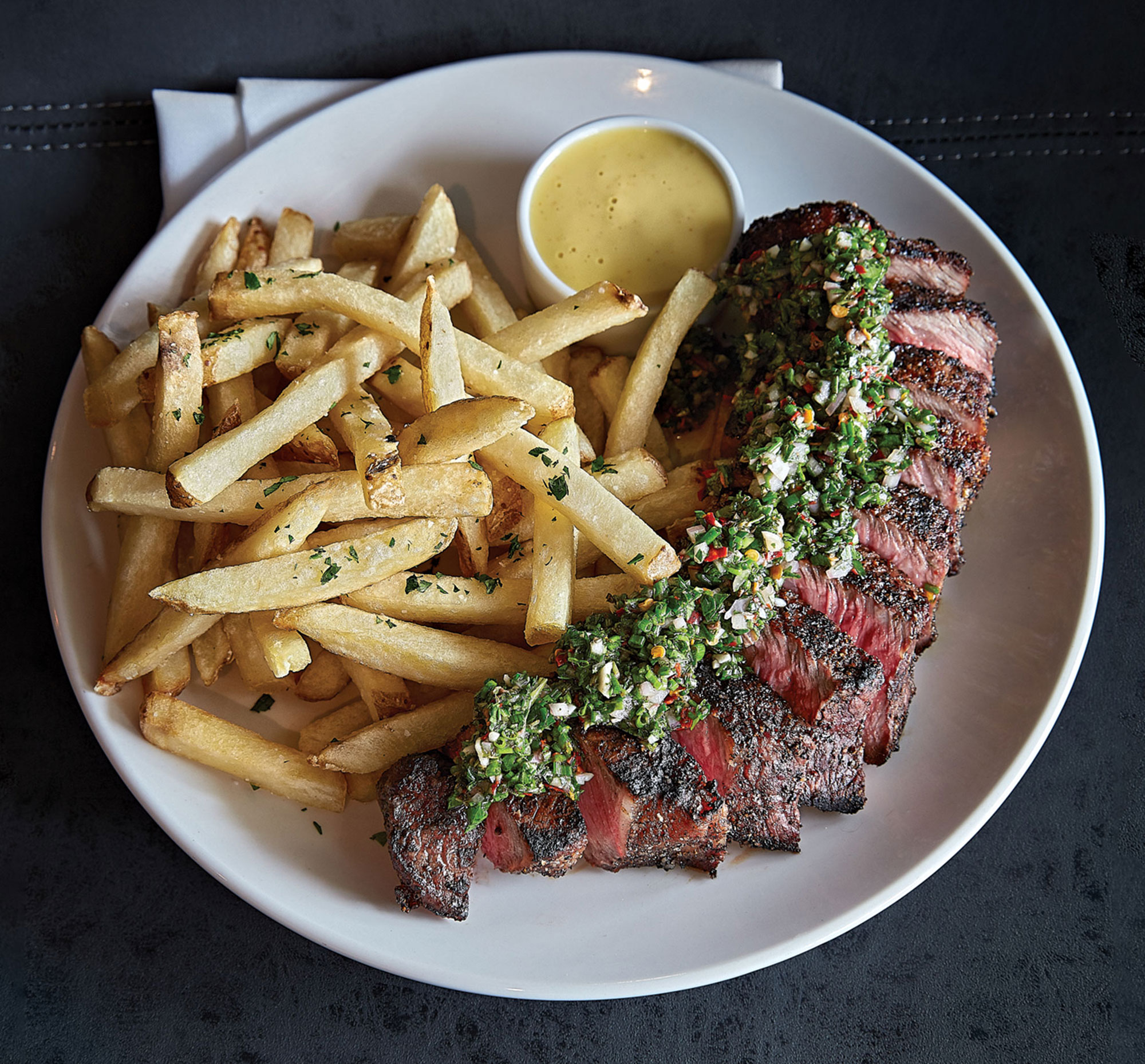 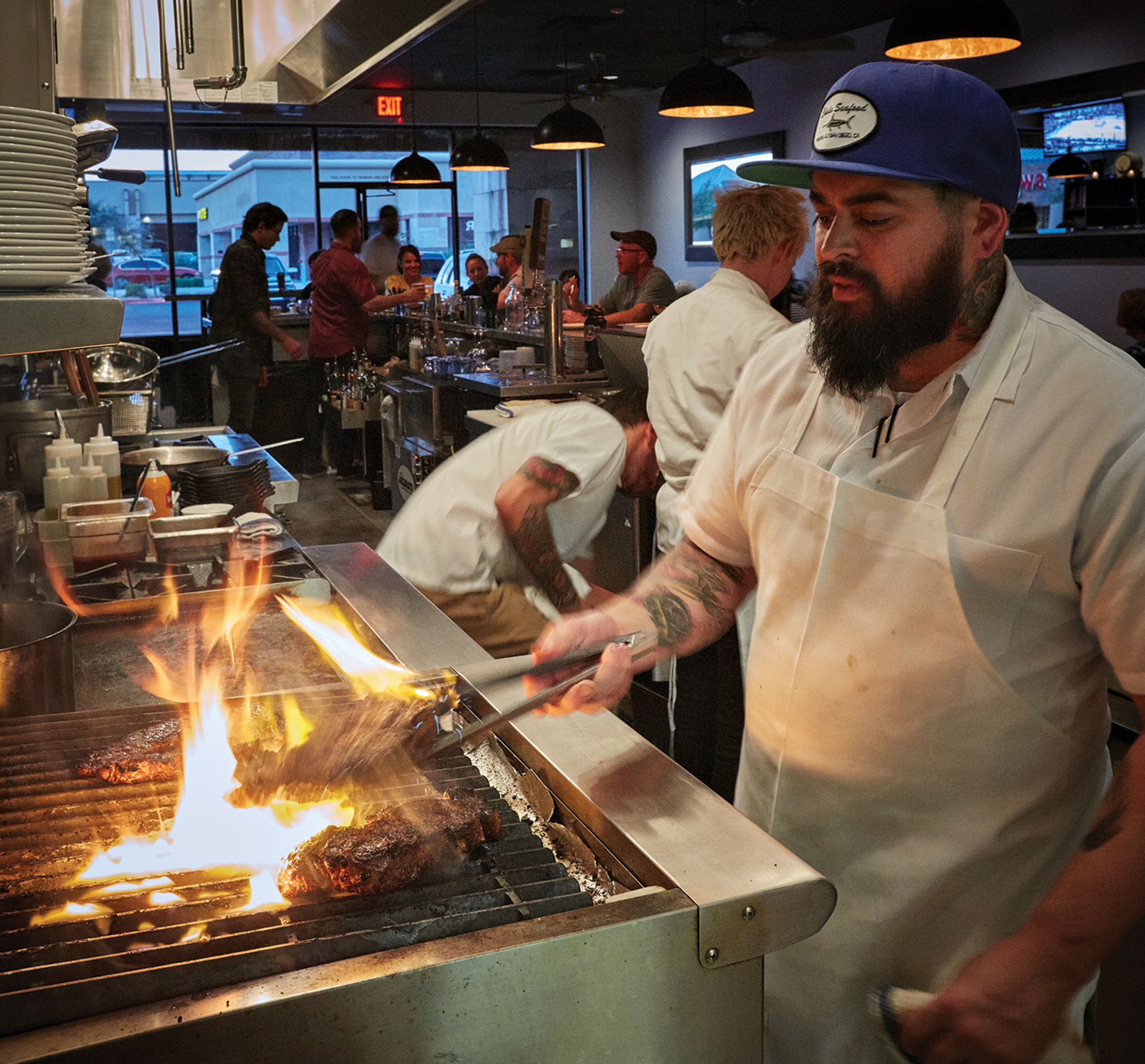 Even great restaurants sometimes slip a bit at dessert time, but not Hush, where there are exactly two options: moist date cake with bourbon toffee sauce and a scoop of vanilla gelato, and smooth chocolate pudding topped with a nimbus of thick whipped cream and a dash of sea salt. Both are first-rate.

Call me Cassandra – or Nikkstradamus – but I can see that Hush is going to be big. Like lines-out-the-door big, reservations-days-in-advance big, buzz-word-on-everyone’s-lips big. So much for the name. 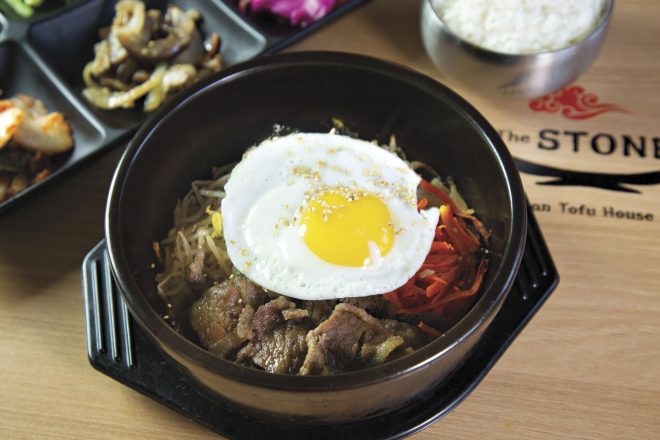