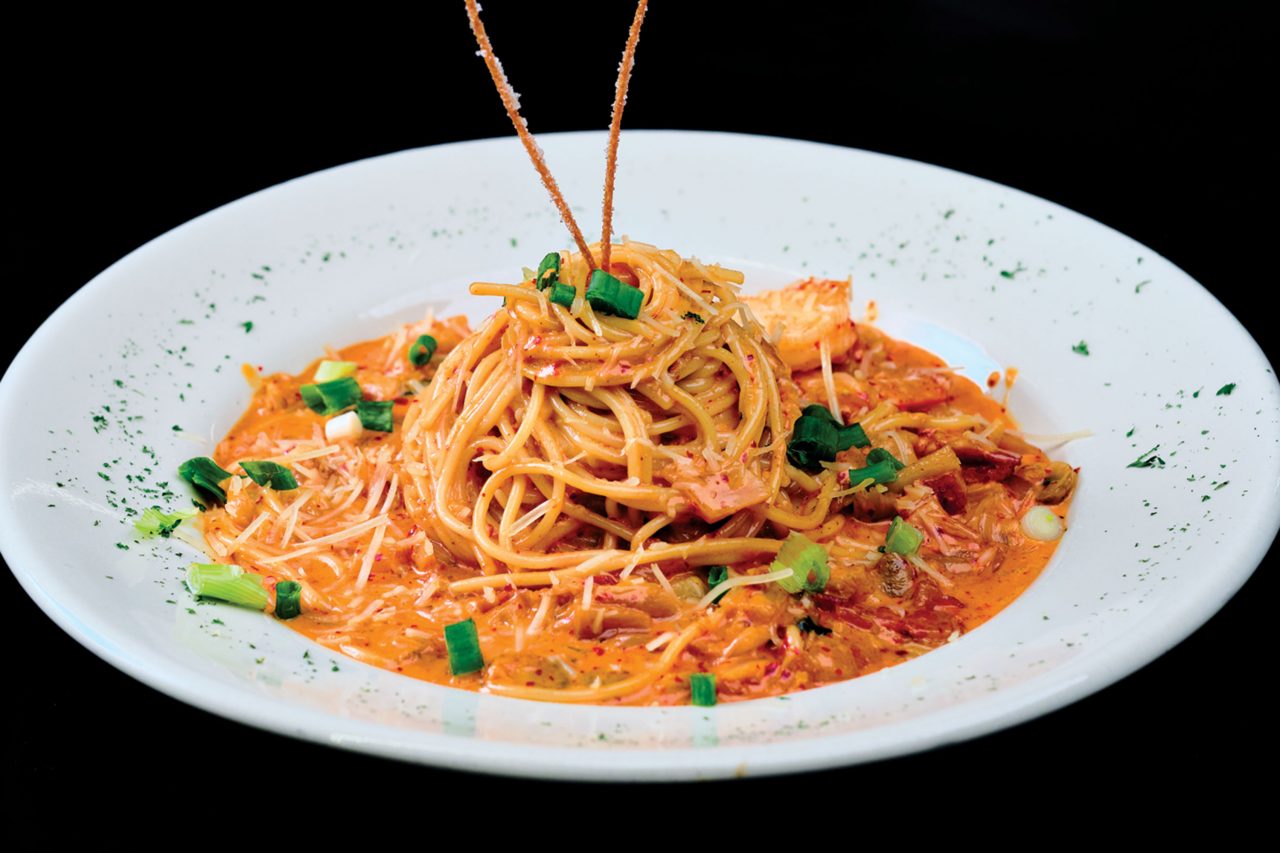 Recently, I reviewed Café Chenar, an Uzbeki restaurant here in the Valley where the sundry cultural traditions of the ancient Silk Road – Asian, European, Middle Eastern – flow together in one remarkable menu. It reminded me that fusion cuisine is hardly a new idea: It’s been around since man first migrated, traded and conquered.

So a cheeky, cross-cultural food stall like Katsu, which has a Japanese name (it means “cutlet” in the tongue of the Rising Sun) but a Korean menu with a fair smattering of American and Italian cooking, is maybe not as mind-bending as it first seems. Ultimately, it’s just a ton of fun. Located in the food court adjacent to Asiana Market in Mesa alongside more traditional Korean restaurants, Katsu marries traditional Korean cooking (itself robustly international, with influences from America, Japan and Italy) with chef-owner Danny Jeong’s freewheeling interpretations of modern Korean-American cuisine. The result is a singular style that will appeal to anyone who adores Asian food. Call it Third Wave Korean. 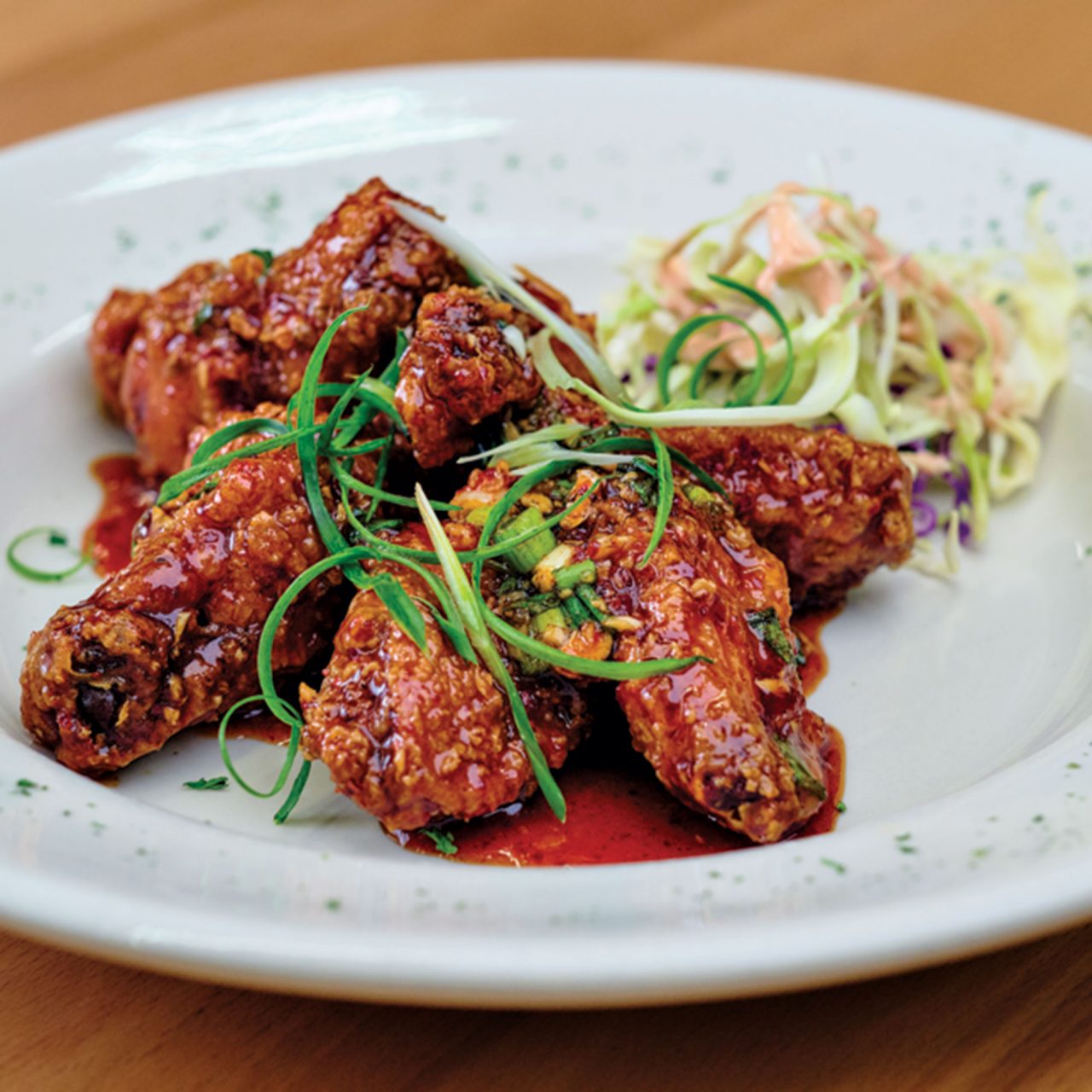 Traditional omurice (a conflation of the words omelet and rice) is a bulging mound of fried rice enrobed in a paper-thin sheath of omelet, a comforting diner dish popularized in Japan and later Korea after World War II. Jeong offers it four ways, but it’s especially good with meaty hunks of bulgogi and mushrooms, the omelet spooned with ketchup- and barbecue-spiked tonkatsu sauce. 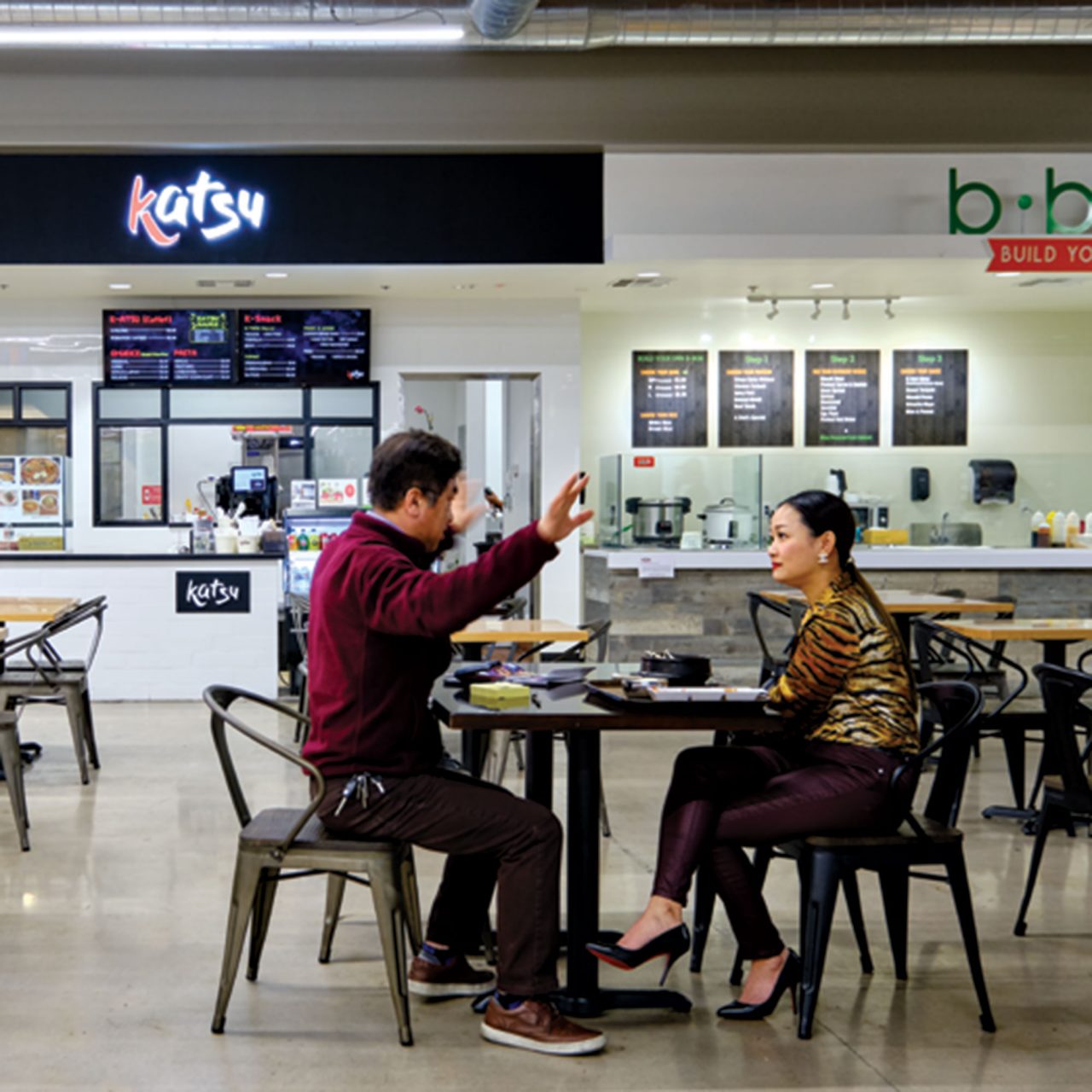 The best reason to make a trip to Katsu, however, is Jeong’s spaghetti, which he serves as a twirled knob in a moat of rich, buttery carbonara sauce that’s much creamier than a true carbonara, but who’s complaining? It’s the Asian way, Jeong claims. He offers the dish in several different permutations. The most magnificent combines smoky bacon and chunky, sour-spicy kimchi, but briny clams and Japanese mentaiko (fish roe, shrimp and bacon) are excellent, too. Another similar but slightly out-there option is the classic Korean topoki – fish cakes and firm, spongy, cylinder-shaped rice cakes, stir-fried with green onion, cabbage, broccoli and bacon. All the selections come with crunchy, sugared shrimp antennae for garnish.

My advice at Katsu: Order just about anything but the unexceptional cutlets for which the restaurant is ironically named and you should leave full and happy. Korean, Japanese, fusion – it doesn’t matter what you call it, Katsu is a kick. 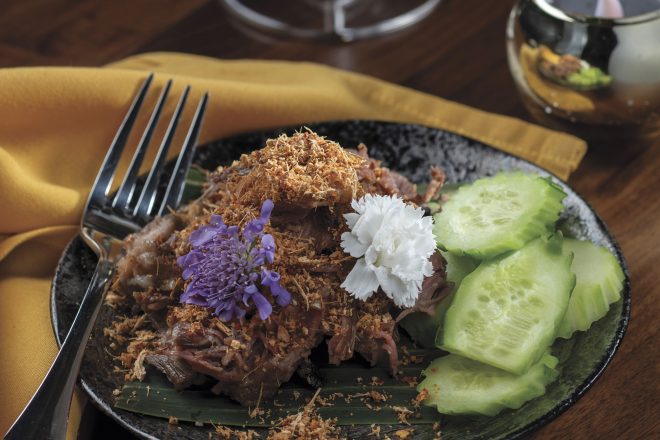