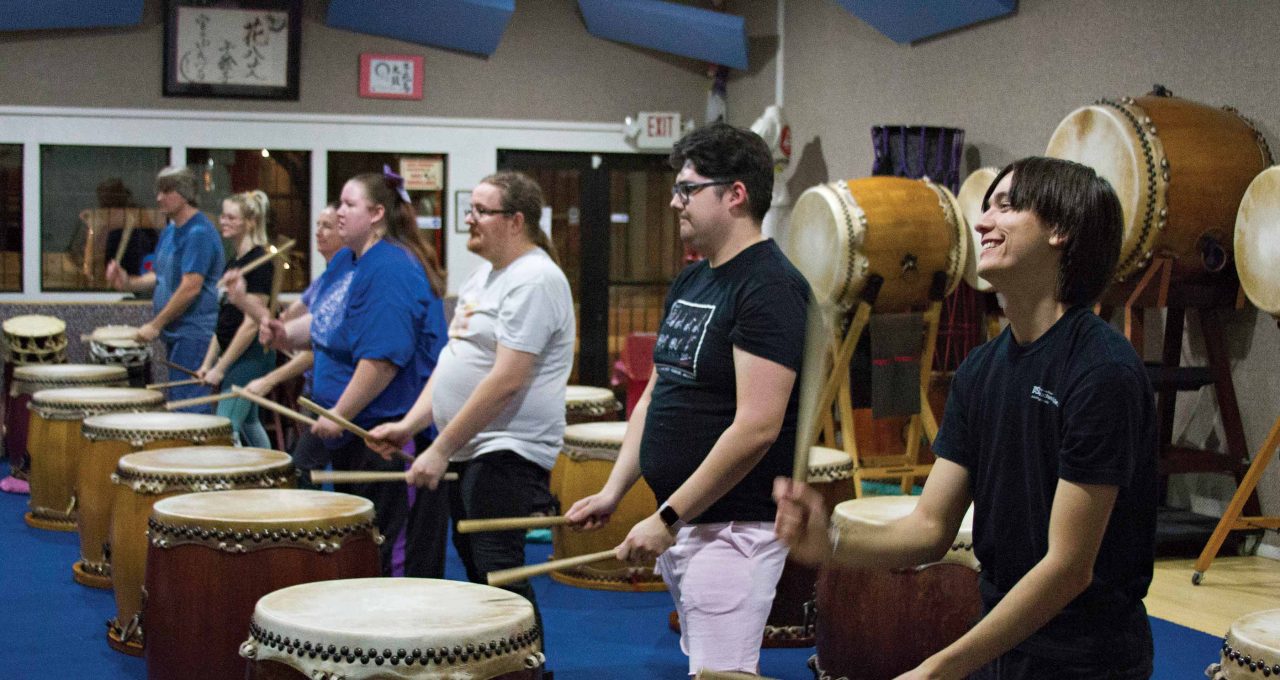 A traditional Japanese-style drumming dojo isn’t exactly what one would expect to find in the desert, but it’s exactly what can be found at Grand Avenue’s Fushicho Daiko Dojo.

Fushicho Daiko teaches taiko drumming to both children and adults. Adapted from ancient Korean and Chinese drumming traditions, taiko originated in 6th-century Japan as a communication tool to issue commands and motivate troops on the battlefield. Taiko drums vary in sound and size, from the barrel-sized nagado daiko to the massive odaiko. Whereas the more ubiquitous drum kit has a punchier, tighter sound, taiko drums carry a more hollow, thunderous boom.

Director Eileen Morgan teaches all its classes and started practicing taiko in the ’90s under Esther Vandacar, the dojo’s founder. There are classes for beginners and experts ($70 a month, adults; $50, kids), and one-time classes ($20, adults; $15, kids).

The challenges of taiko lie more in teamwork than in actually playing, Morgan says.

“It’s a very collaborative art form – the focus is working and playing together,” Morgan says. “This requires you to be willing to work together and be as cohesive as possible with the other people you’re playing taiko with.”

The drum style is approachable for anyone, Morgan says, whether they’re an experienced musician or they’ve never played an instrument.

“I think Taiko is a great art form to start with no music background because in some ways it’s very simple,” Morgan says. “You hit a drum and you’re making music. At the same time, you can spend 30 years playing them and find room for improvement.”