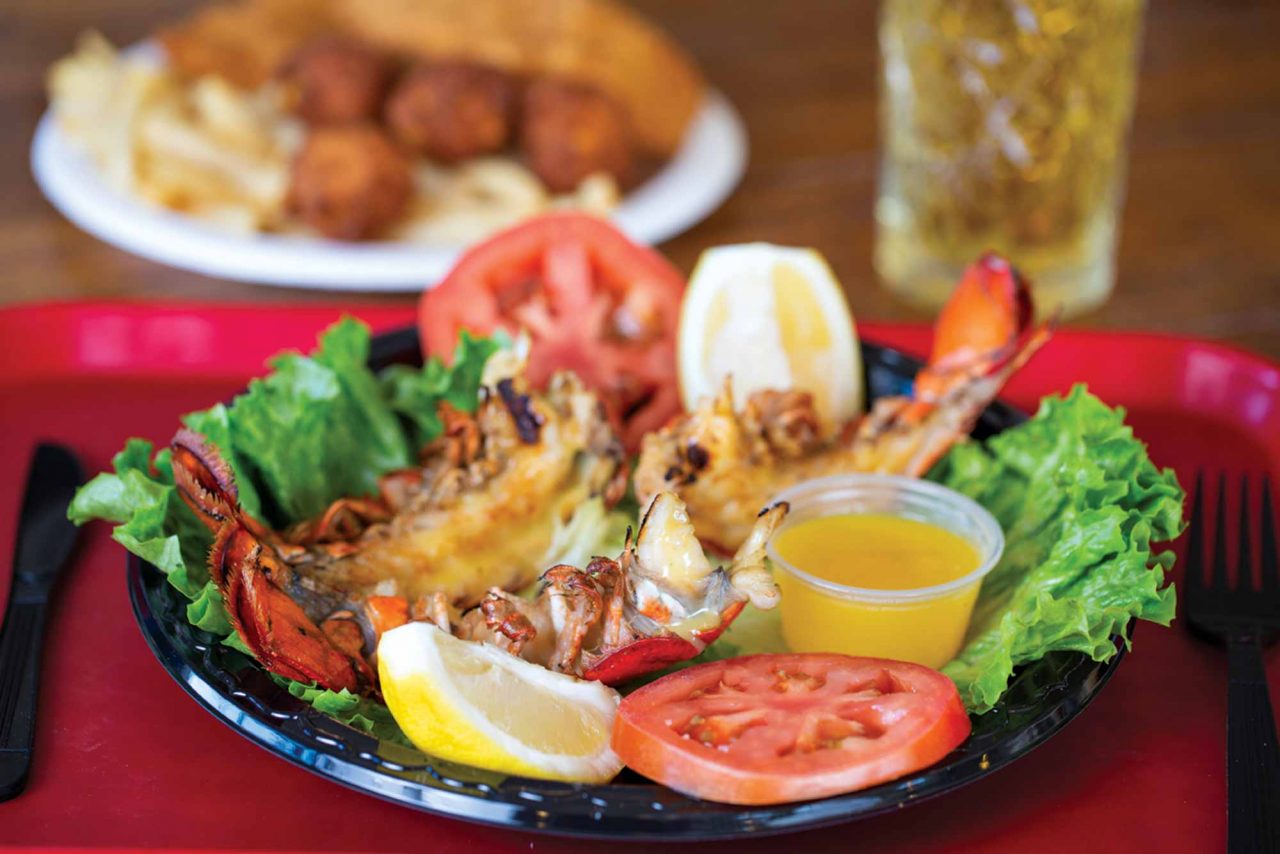 Nothing compares to the flaky-crunchy tango of fish and chips – and no matter where you live in the Valley, there’s a heaping basket waiting just for you.

March 6 marks the beginning of Lent, which traditionally means plenty of fish dinners for observant Catholics – and a good excuse to peruse the many great fish and chips emporiums around the Valley. This drive-thru joint in Mesa (there are also locations in Chandler and Maryvale) isn’t fancy, but it offers a Neptune’s bounty in super cheap and yummy deep-fried cod. The best deal is the Pirate Seafood Combo ($7.45), with one perfect square of fish and four shrimp, “chips” (fries to us Yanks), tartar sauce, a mild-salsa-like Pirates Secret Sauce and a drink. The fish, clearly defrosted, is standard Mrs. Paul’s fare, but the shrimp and oysters are reportedly battered on-premises and taste quite fine. Those not observing Lent might consider the surprisingly excellent Pirate Burger ($1.95), classically topped  with mustard, pickle, onion and Pirates Secret Sauce.

Must try: At just 85 cents a piece, a zesty fried green chile is too good to pass up.

When it comes to Lenten self-denial, forgoing meat hardly seems a sacrifice – fish is my preferred protein, anyway. West Valley diners of similar taste should seek out this gem, with its polished sports bar look complementing a friendly, unpretentious greasy spoon feel. The fried haddock comes in baskets lined with blue-and-white checkered paper. Out of several combos, I opted for the fish and scallops ($16.95) and was glad I did – the shellfish, encased in an agreeably gritty batter, were as plump and buttery as they should be. My companion inhaled the perfectly grilled salmon dinner ($17.95), and we finished with the peach cobbler with ice cream ($5.95) and the warm, potently chocolatey brownie with ice cream ($5.95), both housemade.

Must try: I confess that the chowder cheese fries ($6.95) – fries topped with melted cheese and grayish clam chowder – have an unfortunate appearance. But the taste makes up for it.

It’s doubtful any restaurant in the Valley has been peddling fish longer than this weathered but cheery fry shack. Originally named Lazy Lou’s, it’s been at one spot or another around the southeast edge of Downtown Phoenix since 1947, assuming the whimsical new moniker after Lou’s became a chain. Its survival isn’t an accident: The house-battered plates here have no business being this good at these prices. The basic one-piece fish and chips ($6.55) is plenty for most appetites. KKL also claims to make the best fish tacos in Phoenix ($3 apiece), and I’d agree. Health-minded diners will find the baked selections, like the catfish filet ($13.95) simple and succulent, while non-health-minded diners will relish dipping the corn-clotted hush puppies ($4.25 for six) in malt vinegar, or biting through the batter of the fried oysters ($14) in search of that dark, fusty, eldritch flavor within.

Must try: The name of the restaurant isn’t just some tease – two grilled lobster tails can be had for $29.95.

Fish and chips is the national dish of Britain, so presumably this English pub and eatery does it authentically. It’s done deliciously, at any rate – both the fluffy cod ($9.99) and the firm, clean-tasting haddock ($11.99) in thick crunchy batter with chips is an offer that we ichthyophiles can’t refuse. Non-piscine Brit delicacies like beef shepherd’s pie ($11.99), toad in the hole ($13.99) and savory mushy peas ($2.79) will also appeal to Anglophiles and nostalgic expats alike, and there’s a fun little in-house import shop where hard-to-find stuff like McVitie’s Digestive Wheat Biscuits, Rowntrees Jelly Tots, Heinz Ploughman’s Pickle and Simpson’s Spotted Dick Sponge can be purchased.

Must try: The artery-challenging English breakfast ($12.95), with eggs, juicy sausage, British-style (aka minimally seasoned) baked beans, English bacon and “bubble and squeak” (potatoes, cabbage and onions), is not to be missed.