Desert Botanical Garden, celebrating its 80th anniversary in February, has a life story kind of like a cactus: hardscrabble persistence punctuated by blooms of colorful characters.

If the co-founders of Desert Botanical Garden had been plants, Gustaf Starck would be a reserved, upright organ pipe cactus. Gertrude Divine Webster would be an acacia in canary yellow powder-puff bloom – with thorns in case of emergency.

In 1939, this engineer-socialite odd couple saved a swath of Sonoran Desert that the public seemed determined to destroy and turned it into a celebration of Arizona’s landscape. As DBG honors its 80th anniversary (see sidebar), it’s reflecting on those founders’ visionary efforts. And it’s carrying on their legacy by launching an unprecedented plan to preserve wild spaces in Maricopa County. 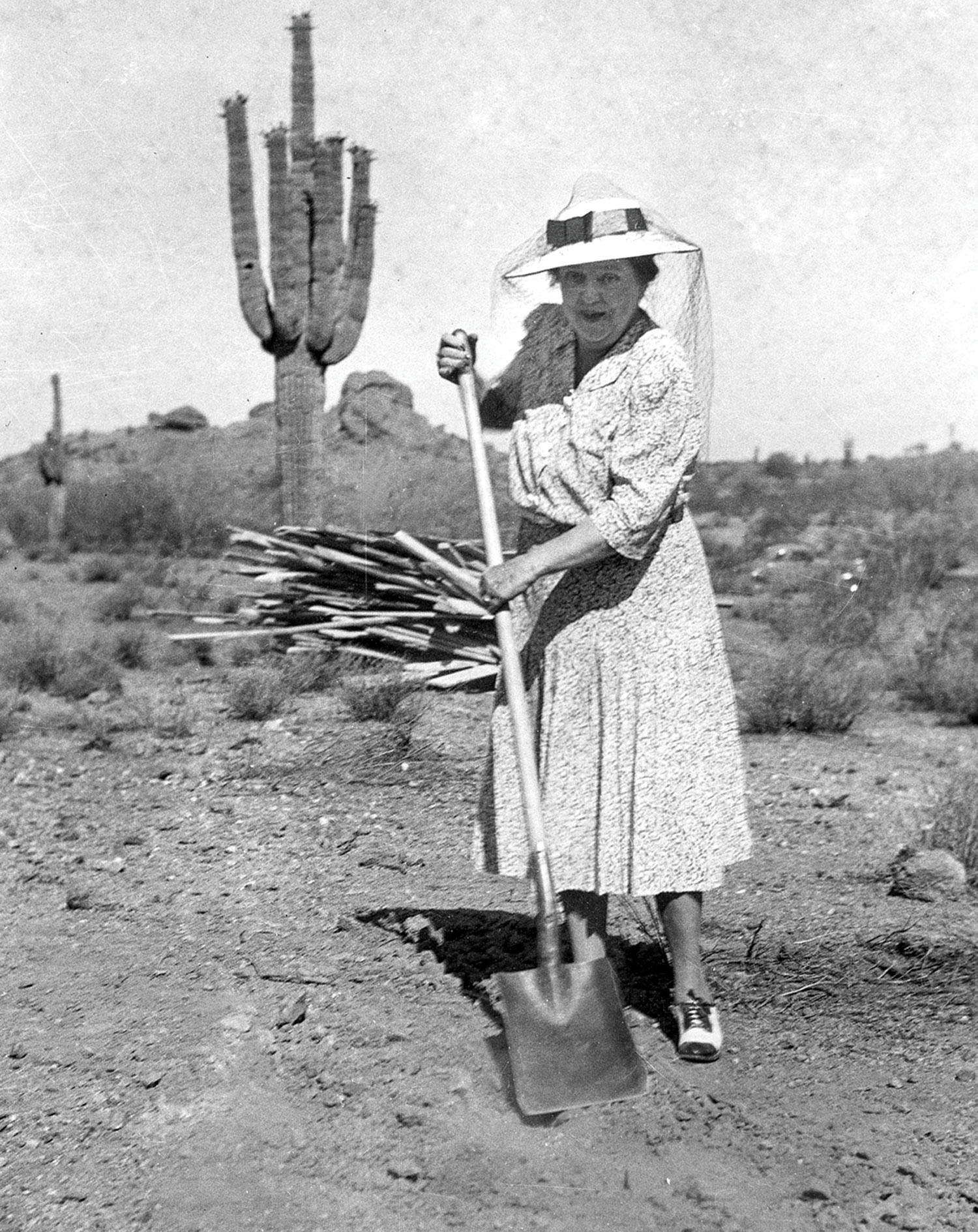 “We’ve seen the power of an idea turned into something that’s pretty amazing,” says executive director Ken Schutz, looking at the garden’s cacti towering outside his window. “We want to set in motion new ideas and continue protecting plants and serving the public in a way that matches the insight they had.”

DBG’s organizers were certainly ahead of their time, particularly Webster. Born in 1872 near Chicago, she graduated from the University of Michigan – unusual for a woman of her era. She then married wealthy lumber tycoon William McClellan Ritter. But in 1922, she divorced him because “he beat the horses and dogs” and scolded her when she took sick babies from a Washington, D.C., hospital to their Vermont home to receive care, according to The New York Times. Webster’s divorce settlement was a whopping $500,000 down, $70,000 a year for life ($7.5 million and $1 million in today’s dollars), plus both their homes. The couple also reportedly evenly split their liquor supply so “he didn’t get all the gin,” which was sensible since it wasn’t easy to amass a quality alcohol collection during Prohibition.

After the Great Depression struck, Webster’s ex-husband reneged on his alimony, so she took him to the New York State Supreme Court. When she disagreed with the ruling, she barged into the Justice’s courtroom during another trial to demand a new hearing.

Meanwhile, she’d married Hugh Webster of Vermont, who portrayed himself as a successful businessman. The two bought a house in Phoenix’s Arcadia area, possibly because her adopted daughter had tuberculosis. They split their time between Arizona, where they bought and sold land, and Vermont, where Webster threw society soirées. But if Hugh thought Webster would stand for him stealing her money to pay off debts to his ex-wife and ex-girlfriends, he was mistaken. She divorced him in 1928.

A few years later, the single mother returned to Phoenix from a trip to Switzerland carrying rare cacti. When she inquired how to care for them, she was directed to what is now Old Town Scottsdale, down a lane where signs proclaimed “Save the Desert,” to the horticultural haven of Gustaf Starck. 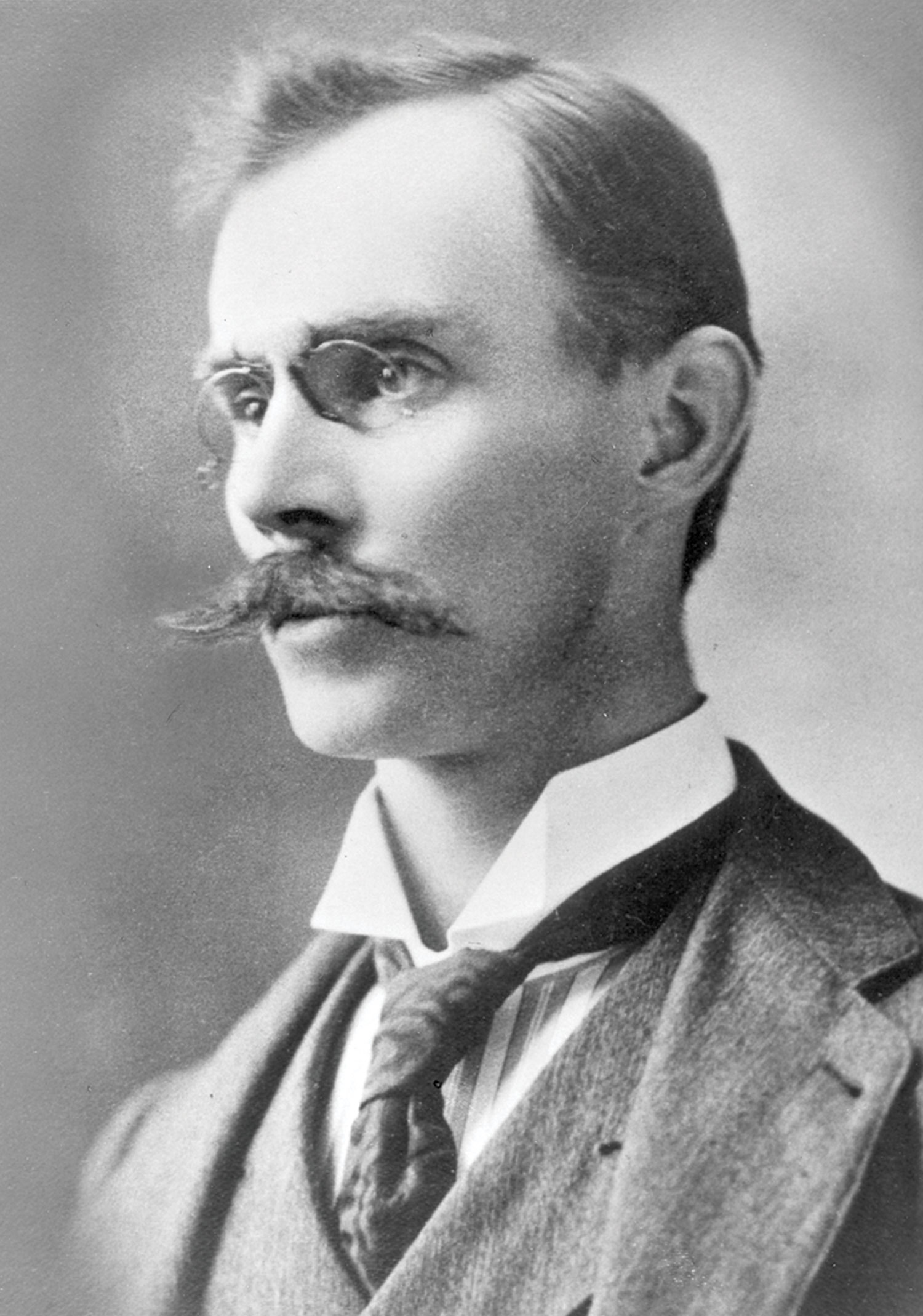 As a boy in Sweden, Starck was obsessed with desert plants, which his navy captain father brought home from voyages. He became an engineer and immigrated to the U.S. Midwest and then to Arizona, where he worked for Salt River Project. In 1934, he founded the Arizona Cactus and Native Flora Society (ACNFS) for one purpose: to establish a desert botanical garden. But the 16 members had made slow progress. When Starck met Webster, he quickly realized this force of nature – a haboob in pearls – could get the garden rolling. He made her ACNFS president. Soon she was inviting politicians, publishers and businesspeople to hear talks about yuccas, view her night-blooming cereus and get an earful about why Phoenix needed a botanical attraction.

Unfortunately, neither the public nor politicians were sold on the idea. Transplants from cooler climes were perfectly happy to replace the world’s most biodiverse desert with Stepford-perfect squares of grass. The chosen site for the garden, Papago Park, had once been a national monument, but people rampantly stole its saguaros and painted advertisements on the rocks. Then local lawmakers voted to demote it so they could develop recreation sites, a workers’ camp and fish hatcheries.

In 1936, ACNFS petitioned the state Legislature for the land and $2,500 a year to run the garden. The lawmakers balked. So, the society submitted another petition for the land and raised the money themselves. Webster alone raised or contributed $40,000, along with hundreds of her cacti. Starck donated 700 of his specimens. After two years of lobbying, the legislators approved the permit.

On February 12, 1939, more than 200 people gathered for the dedication of Desert Botanical Garden. Webster delivered a memorable speech, saying cacti “have some human qualities” because they bank water to prepare for Depression-like droughts and “adorn themselves in bright colors as we do during the rodeo.”

Sadly, DBG’s first flowering was short-lived. Webster became ill, and the finances evaporated. Then World War II effectively closed the garden. A few volunteers used their wartime gas and water rations to drive to the site and tend to the plants, but it wasn’t enough. Military units stationed in Papago Park even used the cacti for target practice. Starck, devastated, withdrew from ACNFS and passed away in 1945.

After the war, this botanical labor of love was in ruins. But Webster saved the garden one last time, when she died in 1947 and bequeathed her estate to the society. The resulting $225,000 helped the garden regrow, very slowly, like a cactus.

Now, more than 450,000 people visit the garden annually. In 2012, DBG convened the Central Arizona Conservation Alliance (CAZCA) – nearly 70 organizations working to conserve, expand and inspire love for wild parks and preserves. CAZCA is launching its Regional Open Space Strategy (ROSS) to create a future in which preserves and communities in Maricopa County help each other. They’re bringing together groups to foster smart development, augment wildlife corridors and create recreational and citizen science opportunities. Gertrude and Gustaf would be proud. 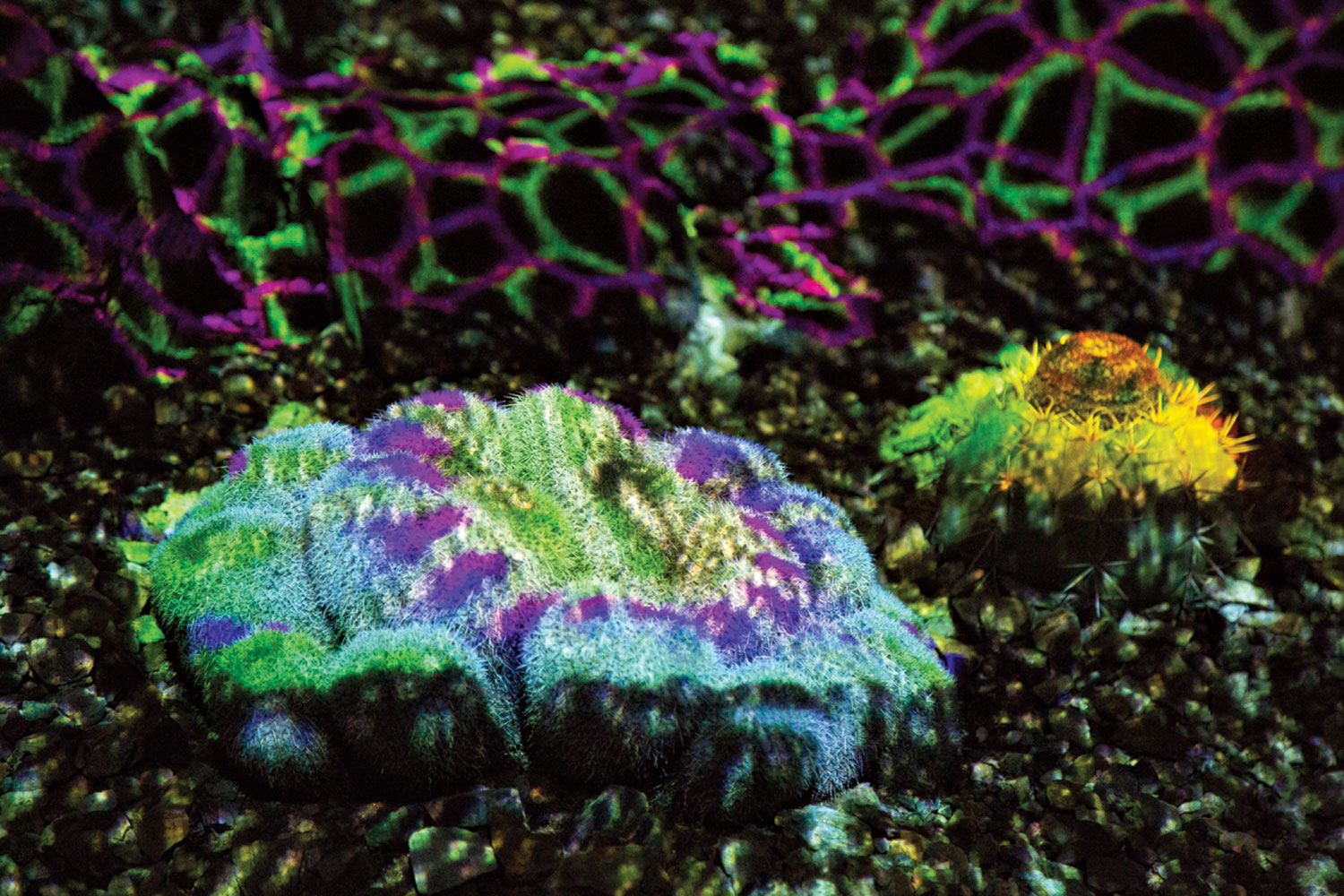 In the nighttime Electric Desert experience, violet, cobalt and magenta lights ripple and flow across the plants, choreographed to original electronica music. Through May 12.
dbg.org

Nearly 70 local chefs and gastronomic artisans will host cooking demos and serve samples among the cacti at the 10th annual Devour Culinary Classic. Feb. 23-24. (See “Things to Do” for more info) devourphoenix.com