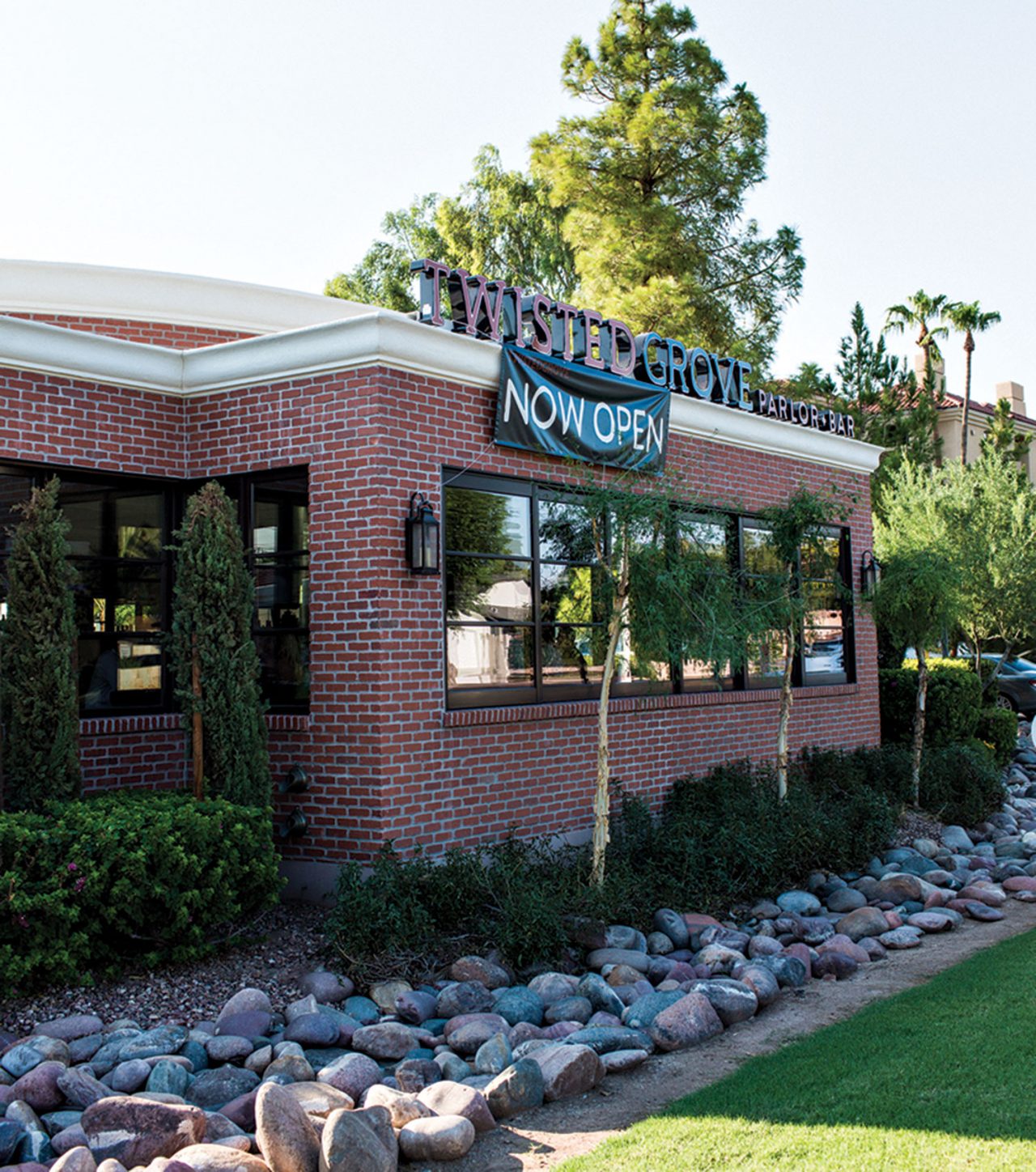 Valley restaurateurs bid adieu to their original concepts and debut new ones in their spaces.

Restaurateur Christopher Collins is obsessive about critiquing every facet of his restaurants. Shortly after opening second locations of his popular Scottsdale eateries, Grassroots Kitchen & Tap and Twisted Grove Parlor + Bar, he realized each had a unique personality, completely unlike the originals.

Then, last Mother’s Day, several customers made reservations and showed up at the wrong restaurants – mix-ups that caused Collins to re-evaluate. “We knew they were different places with different needs. It was just time to pull the plug.” Collins says both were thriving. Nonetheless, he converted the Grassroots at Town & Country Shopping Center into The Mac-intosh; and the Twisted Grove on Camelback Road became The Collins Small Batch Kitchen, each tailored for their neighborhoods.

Customers are pleased with the rebrands, Collins says, which included new menus and décor. “They were a little confused up front, but no one left mad. It’s still us.”

Collins’ kitchen makeovers are part of a restaurant rebranding trend sweeping the Valley, including at stalwarts Crudo, Sapporo and Market Street Kitchen. In addition to identity issues, restaurateurs cite sluggish business and tired design as reasons for reinvention. Valley diners are always clamoring for the latest chef-driven cuisine in fresh, hip spaces, so the pressure for innovation is substantial.

Last November, chef-owner Cullen Campbell closed Crudo – a longtime Arcadia Lite favorite and former PHOENIX Best New Restaurant – and opened the more casual Bar Pesce. He says that after 10 years – and a split with co-owner and ex-wife, Maureen – it was just time for a change. “This gives us more flexibility,” he says. “It’s definitely sparked my creativity.”

For Campbell, changing the restaurant required minimal effort. He closed the restaurant side and served out of the bar for two weeks, painted, hung new light fixtures, tweaked the menu and changed the name. Campbell opted to stay in the same location because rent is reasonable, and he likes the neighborhood. “We thought about moving, but rent right now is out of control.”

Sapporo, once a hip Scottsdale teppanyaki and sushi hangout, recently closed for nine days and reemerged as Kasai. Original owners Mike Russello and Pat King opened the restaurant in 2001, sold it in 2009, and reclaimed ownership this year. While the format is similar, the interior underwent a $500,000 redesign and the menu includes more Asian fusion dishes.

Since the transaction was a complete sale of the business, Russello and King had to acquire new liquor and health department licenses, a step that owners who only change the names of their restaurants don’t have to undertake.

That was the case for Paul Keeler, president and chief operating officer of Keeler Hospitality,
when he transitioned his rotisserie-focused Market Street Kitchen in D.C. Ranch into an outpost of the company’s barbecue-centric Liberty Station. “Ownership didn’t change, so we just changed the legal entities.”

Keeler’s initial intention was not to rebrand MSK, but to find another location for Liberty Station, a concept he thinks has more of an identity: “Mom, apple pie and [the] American flag,” he says. “All we had to do was cosmetics in the dining room, swap out the rotisserie for a custom-made smoker, merge the menus and then put up new signage.”

MSK’s loyal patrons are happy with the change, Keeler says. “It was time for a refresh and we didn’t have to spend a lot of money to do it.”

(RE)BUILDING YOUR BRAND
Tips for a successful rebrand from Grubhub.com:

• Identify a vision for the restaurant.

• Bring staff into the fold.

• Be authentic when creating a new image.

• Communicate honestly and effectively with customers.