Creed II—2015’s Creed, about the son of Apollo Creed from the Rocky flicks, was just as much a cornball melodrama as 1976’s original Rocky. And Creed masked its corniness very well behind the hard-edged naturalistic direction of Ryan Coogler, just as Rocky did with the direction of John G. Avildsen. 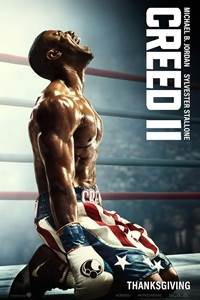 The pattern continues with Creed II, which resembles 1979’s Rocky II, replacing the grittiness of the original with engineered triumph-of-the-underdog uplift. Fortunately, the engineering is skillful.

With young Steven Caple, Jr., replacing Coogler as director, Creed II brings back Michael B. Jordan as Adonis Creed, Apollo’s posthumous son turned boxing champ. Stallone is back, too, as Rocky Balboa, his trainer and avuncular mentor. This time Adonis is challenged by the brutish Russian fighter Viktor Drago (Florian Munteanu), son of Ivan Drago (Dolph Lundgren), who caused Apollo’s death back in 1985’s Rocky VI. Ivan sees this match as a way back to fame and fortune in Russia, where he’s been a forgotten has-been for decades since losing to Rocky.

Adonis wants to accept the challenge, but Rocky urges him not to, fearing another tragedy, and refuses to train him when he does. The plot points from there are predictable, but with the requisite predictability of a fairy tale—anything truly unexpected would be a cheat.

If Stallone has proven nothing else in his career, it’s that he knows how to please an audience. He co-wrote Creed II, and his jocular and sentimental sensibility shows up unmistakably in the film. Also, his role as Rocky is considerably beefed up, and corned up, from his excellent, Oscar-nominated turn in Creed. He gets to mutter monologues to Adrian’s gravestone and even, essentially, to re-play hokey scenes from earlier movies, like his marriage proposal in Rocky II.

It’s a credit to Jordan—who plays, after all, the title character—that he holds his own alongside Stallone’s ham. He shows the same commanding charisma that he did as Killmonger in Black Panther, but this time with the sweet, callow guilelessness he showed as Adonis in the earlier film. Tessa Thompson is back again, adorably, as his love interest, and Phylicia Rashad is strong in her brief scenes as Apollo’s widow. Lundgren, looking fit and scowly as ever, is very good as Drago; a pure cartoon villain in Rocky VI, he’s allowed to be a human being here, though still a villain. 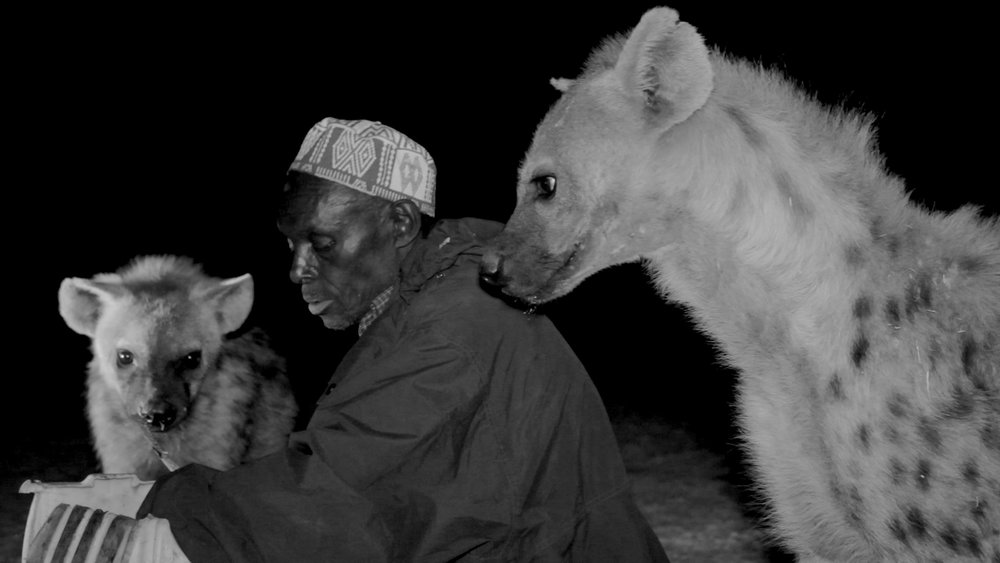 Rural Route Festival Touring Shorts Show 2018—The long-running Valley film series “No Festival Required” isn’t taking the post-Thanksgiving weekend off; this selection of shorts from the New York-basedfestival plays at 1 p.m. Sunday, November 25, at Scottsdale Center for the Arts. The show is scheduled to be followed by a Skype Q&A with Festival Director Alan Webber.

The Rural Route fest focuses on subjects and themes that are non-urban, and often concerned with the relationship between humans and the environment. This collection includes striking films about everything from UFOs, in both Christopher Arcella’s “Do Matter” and Quinn Else’s “UFO Days,” to a stop-motion animated hillbilly caught in an internal war between his spiritual and physical nature in “The Tale of Hillbelly.” Most memorable, perhaps, are riveting black-and-white images of a man interacting with hyenas in Jessica Beshir’s “Hairat.”

It’s fascinating stuff, but be forewarned: Lovers of furry little critters may have a hard time, especially in the Nicolas Jones documentary “The Poacher” and in the finale, Patrick Bresnan’s “The Rabbit Hunt.” Even us non-vegetarians might not prefer to see the predatory process from the beginning, though maybe it’s healthy, from time to time, that we do.

The Adventures of Prince Achmed—A hint for holiday shoppers with an old-movie or animation geek on their list: Out on Blu-Ray this week from Milestone Films is this German fantasy of 1926, believed to 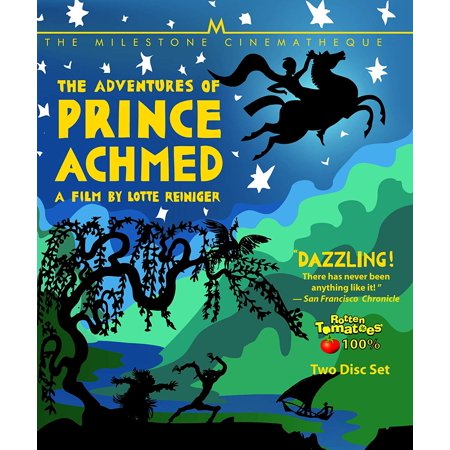 be the earliest surviving animated feature (eleven years before Disney’s Snow White and the Seven Dwarfs). The director, Lotte Reiniger, employed a stylized technique using figures and settings in silhouette, reminiscent of Asian shadow puppets, moving against a spare background.

The story, following the exploits of the title character as he encounters an evil sorcerer, a flying horse, a flying princess, rather competitively amorous young maidens, and a witch with her attendant monstrous demons, is derived from the Arabian Nights; Aladdin and the Genie of the Lamp are in it too. The movie runs just over an hour, and there’s not a frame of it that isn’t visually ravishing, though it’s perhaps understandable why Reiniger’s style didn’t catch on; wondrous though it is to look at, her method didn’t allow for very complex characterizations.

The Milestone Blu-Ray offers the feature in its original, gorgeously color-tinted glory. It also includes several of Reiniger’s short films, including, apropos of the holiday, The Star of Bethlehem, and several charming short adventures of Hugh Lofting’s animal-friendly Dr. Dolittle, decades before either Rex Harrison or Eddie Murphy embodied him.

Go to milestonefilms.com for details.