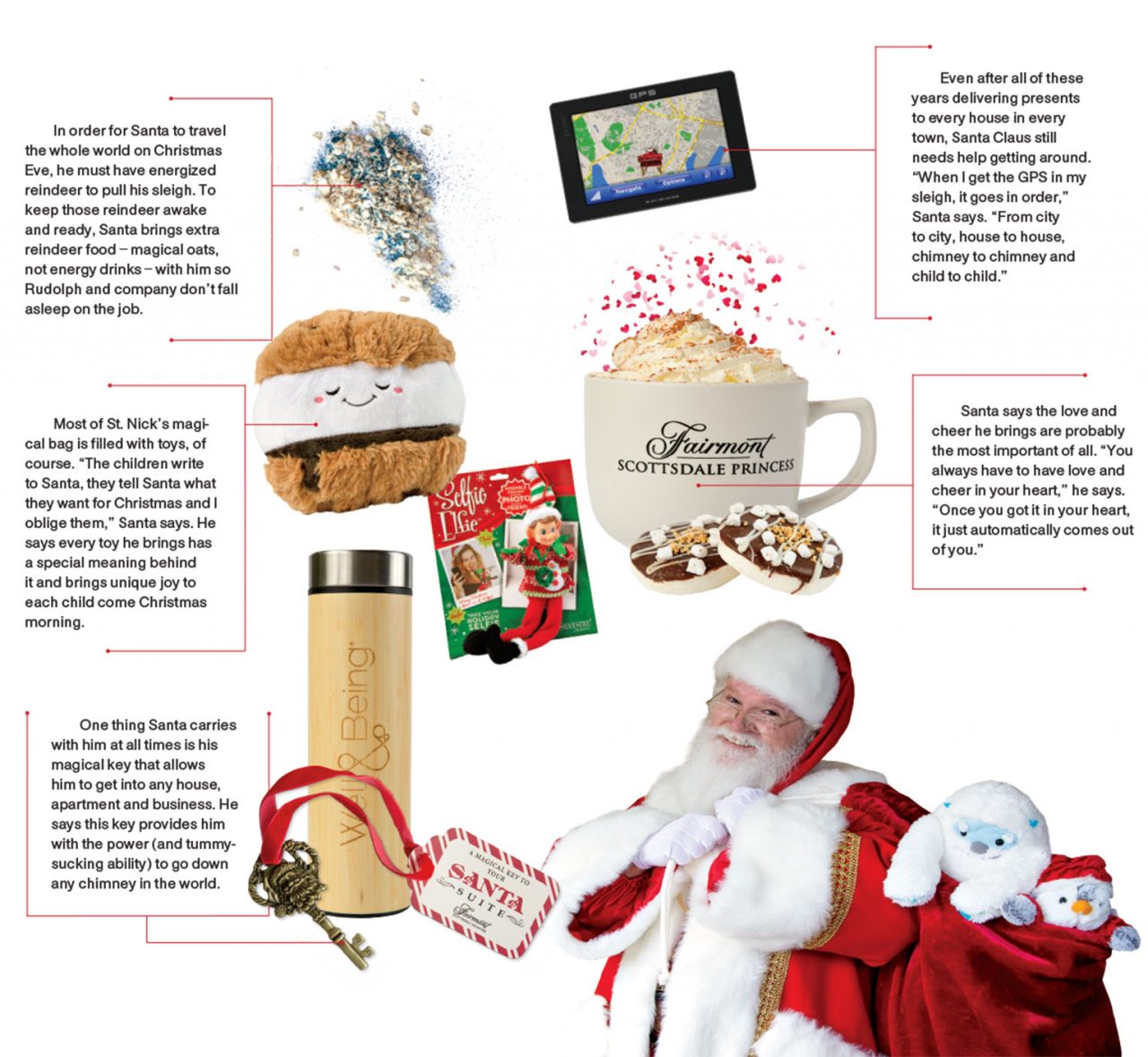 Santa Claus lets us peek inside his magical bag at the Fairmont Scottsdale Princess’ Christmas at the Princess.

On that one special night of the year, Santa Claus makes another list and checks it twice. This list isn’t full of good little girls and boys, but is stuffed with all the things he needs to bring on his journey so he won’t forget them – his memory just isn’t what it was hundreds of years ago. When Santa flies his sleigh to Arizona, he spends a little time at the Fairmont Scottsdale Princess spreading Yuletide cheer at the resort’s annual Christmas at the Princess, a multi-week holiday festival (November 20-December 30; fairmont.com/scottsdale) with ice skating, s’mores, light shows, a Build-A-Bear workshop and, of course, photos with Father Christmas. “When I see the children, there is a sparkle in their eyes filled with magic and love,” Santa says. Even though Santa visits every city in the world, he says he has a special place in his heart for Phoenix.