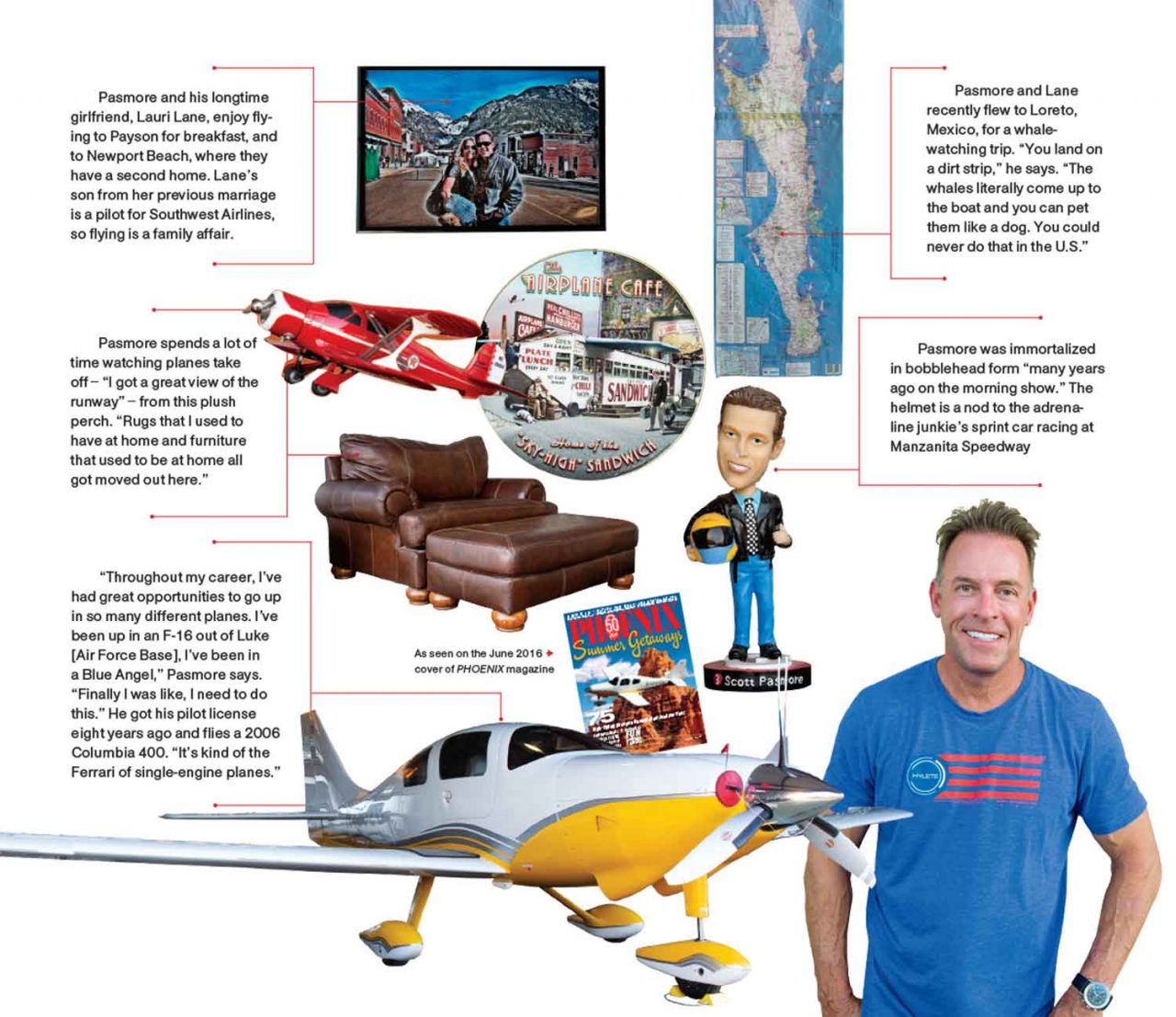 Most airplane hangars at Phoenix Deer Valley Airport are bare-bones, littered with oil tester cans, shop towels, a tool chest, maybe a folding chair or two. Pilot and Good Morning Arizona anchor Scott Pasmore’s is an entirely different beast. His “man cave” is decked out with a slick floor, comfy couches, stylish rugs, a flat-screen TV, model planes, a vintage-style bar and huge, professionally framed photos of his travels hung on the walls with an elaborate magnet system (nails are verboten at “DVT,” the Federal Aviation Administration’s code for the airport). “I have this buddy [who has a] hangar about 10 down, so it kind of became this battle of who could do more with their hangar,” Pasmore says. “Every time he gets something new, then I get something new.” Pasmore gave us a peek into his plane station.