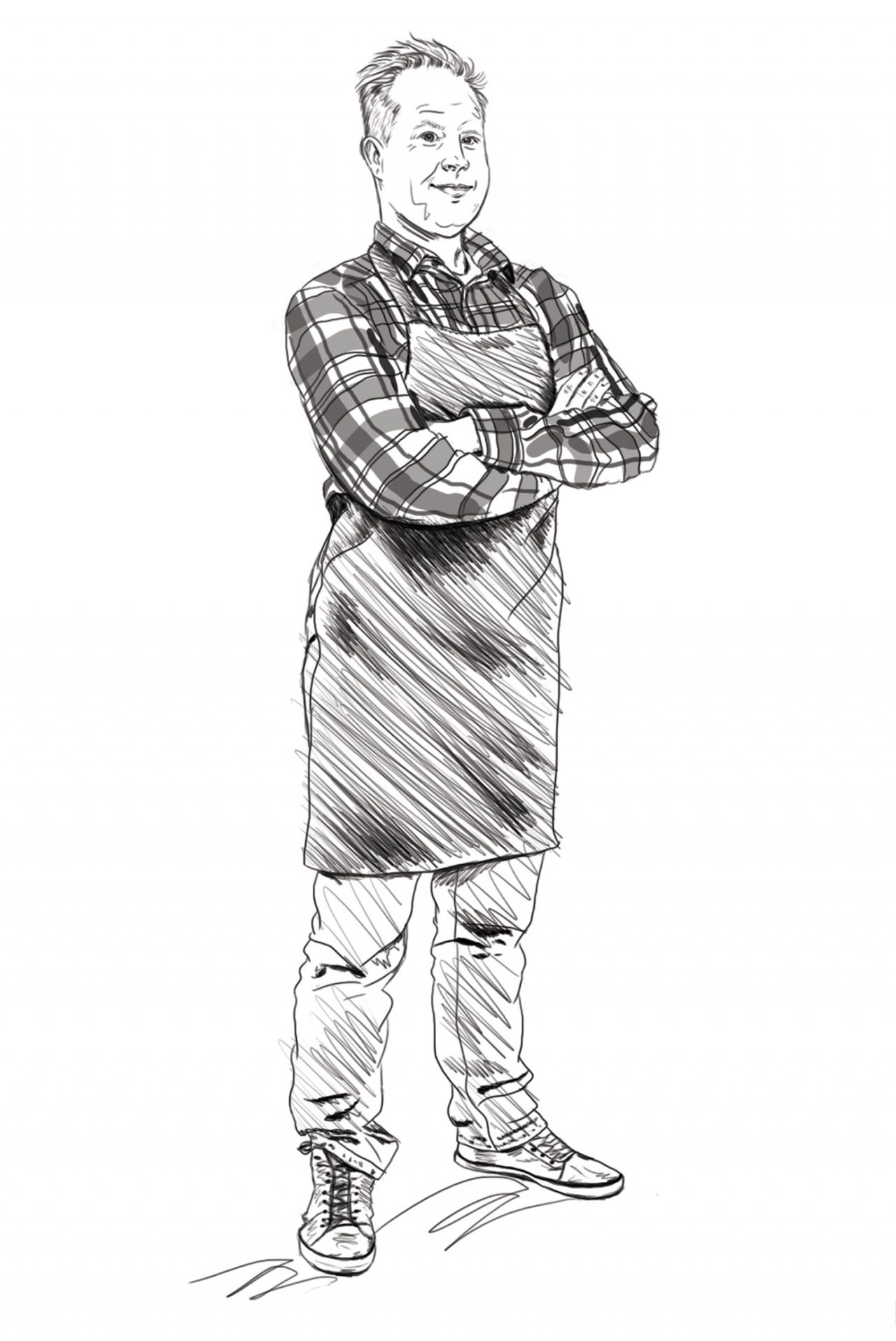 Aaron Chamberlin just can’t slow down. The chef and restaurateur behind some of your favorite local eateries – including Phoenix Public Market Café and Taco Chelo – balances dad duty to young sons Arturo and Schaefer with heading up Chamberlin Hospitality, which opened three new restaurants in 2018. It’s a wonder how he manages to keep cooking up the good stuff. “My duties have changed a lot since becoming more of a restaurateur than a chef, in that I spend 75 percent of my time in the ‘people’ part of the restaurant business, and less on the food part. I’m expecting my regional and executive chefs to take the lead on our menus, and I’m taking a bit of a step back,” Chamberlin says.

You’ve opened three new places this year. On a scale from 1 to 10, just how insane is this feat in the hospitality industry?
“It was the first time we’ve thought big enough to do something of this scale. When opportunities arose to take on each separate venture, we took advantage of them at just the right moments. I’d say, because we’ve never done anything like this as a company, it would be a ‘5.’ We still have hungry eyes, and this was a really good testing ground to try something a little larger than we’ve ever experienced as a group.”

Your newest concept is Ghost Ranch in Tempe, which specializes in “modern Southwestern food.” How do you bring our regional cuisine into this century?
“Typically, Southwestern restaurants are dark in their spaces and design: dark woods, dark leather, and they usually have big, heavy platters of food with lots of cheeses, spices and rice. We wanted to lighten it up by creating an evolving menu that changes with the seasons. The idea was to take away the typical macho vibe associated with the Southwest and make it more inviting for everyone.”

Ghost Ranch is your second collaboration with artist Gennaro Garcia. What was the vision for its design and atmosphere?
“Gennaro Garcia is from a border town in Sonora, Mexico, and grew up with Southwestern and Mexican cuisine and culture. He is an artist with an impeccable eye and taste. I felt, after working with him on Taco Chelo, that he’d be the right person to build the atmosphere and ambiance that we desired for this concept, which was inspired by Georgia O’Keeffe’s Ghost Ranch in New Mexico where she lived and did a lot of her painting. To me, that property is the focal point and representation of the Southwestern region.”

Many of your restaurants have excellent children’s menus or special deals for dining with youngsters. Did your own turn at fatherhood inspire you to accommodate kids?
“I’m a father of two little boys, and I’ve always wanted children in our restaurants to have a variety of food with healthy options as opposed to greasy dishes that lack color and nutrients. My kids eat what I eat, and they eat with the seasons and I really wanted that to be a staple in every restaurant that we’ve opened. ”

What are three unexpected but delicious taco ingredients that you swear by?
1. “Anything charred over a mesquite wood-fired grill.”
2. “Chimayo chile powder.”
3. “While not unexpected – but certainly delicious – a fantastic salsa.”

You worked with some formidable chefs and restaurateurs in your early days, including Drew Nieporent, Bob Lynn and Daniel Boulud. What did you learn from them that influenced your ventures?
“Almost all the chefs that I’ve worked for have worked over 20 years in the restaurant industry before they were successful chefs running their own kitchens. Drew Nieporent had a lot of his restaurants clustered in one area so he could constantly be present, and that’s a big takeaway for me. But, the main qualities that I’ve really tried to manifest are discipline, dedication and drive.”

This year, you sold your first restaurant, St. Francis. What was it like saying goodbye? Difficult? Emotional? Painful?
“Selling St. Francis was not difficult, emotional or painful. When I opened it in 2009, I meant for it to be a chef-owned and -operated restaurant and, as I moved into more of a restaurateur, that obviously changed. I wanted to focus on growing and expanding my brand, and St. Francis, for what I originally wanted it to be, was no longer a part of that vision.”