Is the oft-derided “Anglo-rrito” making a culinary comeback? Not in every case, says our critic.

Phoenix
Pomegranate Café
Opened: February 2018
Ah, the wrap – the bougie burrito, the entrée salad for people who don’t like to use forks. At Pomegranate, the new Central Phoenix offshoot of Ahwatukee’s favorite vegan noshery, you have several forkless salad options, including Athena’s Favorite ($14), a daunting portion of greens, cucumber, avocado, olives, hummus, pesto, falafel and other meatless goodies wrapped in a red fife tortilla. It’s all good stuff, but it left me feeling like I’d swallowed a salad bar. (An odd morsel of roasted eggplant might have improved matters.) From the non-wrap menu, the green goddess burger ($16) – a chickpea patty on a bun with avocado, onion and tomato – sounds great in theory, but it’s dry and off-putting. The “root veggie wedges” on the side are delicious, and would almost certainly make a better burger patty themselves.
Must try: The Snickers treat ($4.95), a vegan version of the candy-bar classic topped with heirloom jungle peanuts, is better than its namesake.
5555 N. Seventh St., 602-354-5314, pomegranatecafe.com

Scottsdale
Blue Adobe Santa Fe Grille
Opened: June 2000
Along with a variety of standards like enchiladas, tamales and “Lazy Tacos,” several less Latin styles of wrap are available in the “handful” section of the menu at this assured Scottsdale purveyor of New Mexican cuisine. The most intriguing is the ancho salmon wrap ($14), with orange chipotle vinaigrette, goat cheese, red peppers and tortilla strips among the bounteous greens, plus fruit on the side. It’s tasty, but the fish is oddly the least assertive flavor, getting slightly lost amidst the sweet, savory, creamy blend. The main ingredient comes across more strongly in the portobello wrap ($12), with the avocado, Oaxaca cheese, pesto, chipotle relish and greens effective in supporting roles next to the meaty mushroom star.
Must try: Why go to Wisconsin? Blue Adobe’s cheese curds ($9), dressed up in panko batter, sprinkled with jalapeños and served with green chile sauce for dipping, are an addictive Southwestern twist on that heartland favorite.
10885 N. Frank Lloyd Wright Blvd., 480-314-0550, blueadobegrille.com

North Valley
Wraps n’ Curry  (pictured above)
Opened: March 2018
The tastiest, most satisfying wraps I had on my tour were from this small but bright and festive newbie, and the main reason isn’t hard to figure out: It’s the bread. Rather than chewy, functional flatbread, it’s fluffy naan, which pairs naturally with the forceful Indian fare. As usual with subcontinental cuisine, I opted for the less potent options, and found the tikka masala wrap ($8.95) highly agreeable, although the spicy, sunny sauce threatened the structural integrity of the naan. The tandoori chicken ($7.95) was milder, but no less savory. In both cases, they would have been fine meals with or without the wrap, especially with finely seasoned “masala fries” on the side. The aloo tikki ($4.95), slightly dry potato patties with spicy garbanzo beans, was a less than inspiring side dish, but…
Must try: …the samosas ($4.95), enclosing the spuds and peas inside a hot pastry, are as good a version of this dish as you’ll find.
4221 W. Bell Rd., Phoenix, 602-866-1907, wrapsncurry.business.site

West Valley
Fresh Healthy Café
Opened: November 2014
My “WrapQuest” yielded one inexorable truth: When you adulterate good-tasting, salubrious food by wrapping it in a clammy, floppy flour tortilla, the end product is unlikely to be better than “just OK.” Such is the case at this Westgate location of a health-minded fast-casual chain. The chicken Caesar wrap ($7.79) is packed with romaine lettuce and all the fixings, but the pucker-inducing level of Caesar dressing is ruinous, especially where it pools in the butt of the wrap. Much better is the turkey bacon avocado panini ($8.79) – it’s also available as a wrap, but the even dispersal of turkey, turkey bacon, cheddar and avocado dressing reminds us why the sandwich is the long-reigning hand-food king.
Must try: The Mango Mania smoothie ($5.29), combining mango sorbet and banana with POG (Passion fruit-Orange-Guava) juice and nonfat frozen yogurt, is a delicious way to wash down all that overwhelming Caesar dressing.
9404 W. Westgate Blvd., Glendale, 623-505-3277, freshrestaurants.com 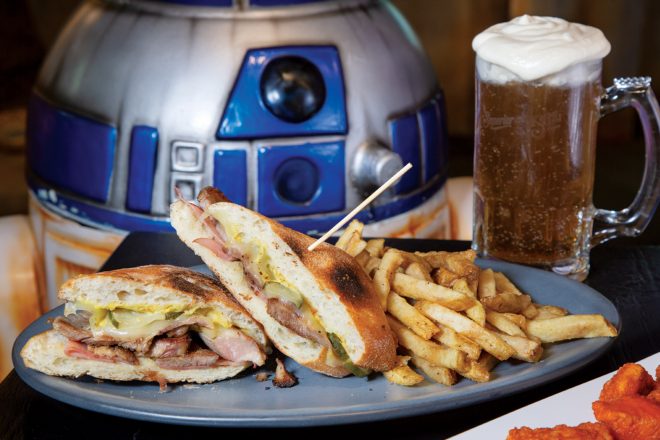 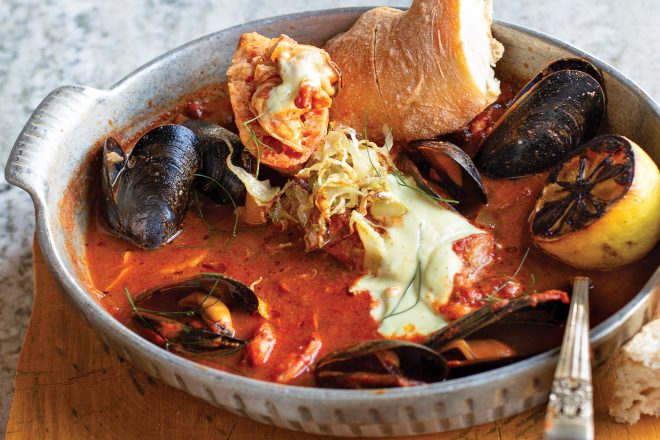