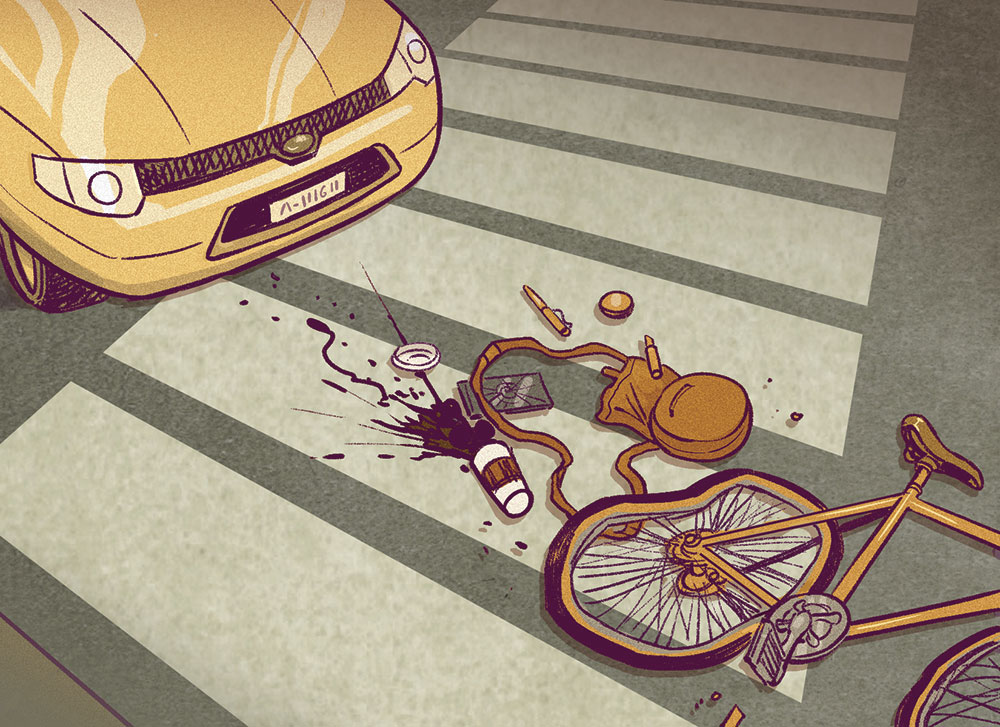 Why does Arizona have the highest rate of pedestrian deaths in the U.S.?

On April 8, Taylor White was jogging in the crosswalk at 31st Avenue and Camelback Road when he was killed by a hit-and-run driver. The 21-year-old Grand Canyon University student was to be married a few weeks later. Instead, he became another casualty in the rising tide of pedestrian deaths in Arizona.

In March, an Arizona Governor’s Office of Highway Safety (AGOHS) report found Arizona had 228 pedestrian deaths in the last year, the highest in the country, up from 197 in 2016. Ten years ago, it was 157, according to Arizona Department of Transportation (ADOT).

The uptick can be attributed to many factors, from inattentive drivers and pedestrians to speeding and increased traffic, according to AGOHS director Alberto Gutier.

“You add a million vehicles in six years and there’s more traffic, more congestion and more people on the road,” he says. Couple that with what Gutier sees as a lack of respect between drivers and pedestrians, and that results in more accidents.

Advocacy group This Could be Phoenix co-founder Quinn Tempest, a member of the Phoenix citizens transportation committee Transportation 2050, has a different view.

“Our streets for decades have only been designed for one mode of transportation, cars,” she says. “We have to shift our design and planning paradigms away from the idea of moving cars as fast as possible and instead design for people to get where they need to go efficiently and safely, whether that’s on foot, bike, transit or in a car.”

Tempest also attributes the state’s pedestrian/car woes to the “Wild West idea of expansive roads and sprawl” culture, which she says gives many residents the mindset that having a car and driving is their right.

While Tempest and others try to change the paradigm, drivers and pedestrians must learn to co-exist. Arizona law states that cars must yield to pedestrians in marked or unmarked crosswalks, but pedestrians must also follow the law, Gutier says.

Many accidents happen when pedestrians cross midblock instead of at a crosswalk, Gutier says. “Buses drop people off 250 feet from an intersection… They cross midblock. Imagine when they do that at night with dark clothing and they’re [looking at] their phones.”

From a police perspective, the onus is on both the driver and pedestrian, says Sergeant Alan Pfohl of the Phoenix Police Department. “There are too many distractions,” he says, citing talking or texting on cellphones, putting on makeup or shaving on commutes.

Cities across the Valley have installed HAWK (high-intensity activated crosswalk beacon) pedestrian signals, allowing mid-block crossings when an intersection is far away. In order for them to work, drivers have to use them correctly, Pfohl says. “You have to pay attention and slow down.” Anecdotal evidence suggests drivers don’t get it yet.

Nevertheless, 14 more HAWKs are on the way, says Sarath Joshua, senior program manager for safety at Maricopa Association of Governments, which does transportation planning for metropolitan Phoenix. After a 2015 study, MAG found a link between transit stops and pedestrian accidents, identifying midblock locations where pedestrians don’t have safe access to cross.

“We have straight roads, which invites speeding,” Joshua says. “The arterial roads are not designed for high speeds, especially when you have a mix of cars, pedestrians, bicyclists and buses.”

In December 2016, AGOHS received a $795,000 federal grant to educate Arizonans about pedestrian amd bicycle safety. It’s been earmarked for focus groups, advertisements and enforcement – citations for jaywalking and crossing light-rail tracks – by police and transit officers in Phoenix and Tucson.

The Phoenix Police Department already does educational outreach on social media and other channels to implement behavioral changes in pedestrians and drivers, Pfohl says. “People need to be alert, stay focused and watch out for one another.”

Walk This Way
What makes a city pedestrian-friendly?
According to urban planners SPUR, there are seven ways to welcome walkers:
• Create pedestrian circulation. Strolling on a sidewalk is more pleasant than through a parking lot.

• Orient buildings to streets. Put the entrance on the path.

• Organize uses to support activity. Use a mix of community spaces.

• Address the human scale with building and landscape details. Use signage at the pedestrian level.

• Provide pedestrian access. Make it easy for pedestrians to navigate, and use good signage.