aka the “Other” Old Town

When the sleepy farming community of Glendale was first settled in 1892, the hubbub of today’s downtown Glendale could hardly have been imagined. After a railroad link was installed between Glendale and Phoenix, the tyro town blossomed into one of Arizona’s largest cities and developed a city center of its own. FOUNDING FATHER: Glendale was established by William John Murphy, who in 1887 formed the Arizona Improvement Co. In an effort to bring more people to the area, he created an 18-mile-long diagonal road he called Grand Avenue. DRY CITY: Glendale was founded as a temperance colony. LIGHT IT UP: This holiday season will mark the 25th anniversary of Glendale Glitters, a downtown block party that shines each year with more than 1 million lightbulbs. 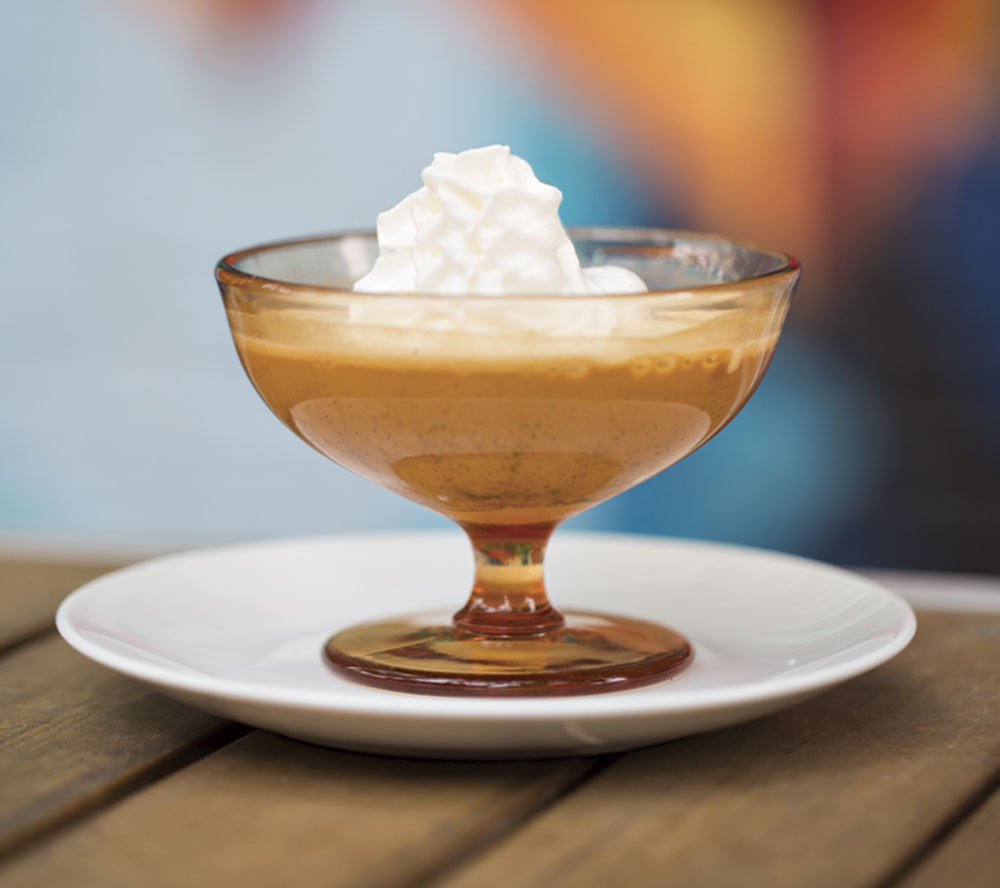 A Shot of Java
At A Shot of Java, baristas brew each cup using the pour-over method – there are no automatic coffee makers at this shop, which caters to all sorts of caffeine addictions. If you’re in need of a serious wake-up call, order a Cubano or Americano. Not into coffee? Try out the London Fog tea, or the classic green tea. Sweet tooth? Grab an affogato al caffe – ice cream topped with espresso – or the unusual and sweet peanut butter latte. Breakfast items, smoothies and milkshakes are also available at this one-stop morning café that opens onto a charming, twinkle-lighted brick alley.
7003 N. 58th Ave., Glendale
623-847-2423, ashotofjava.com 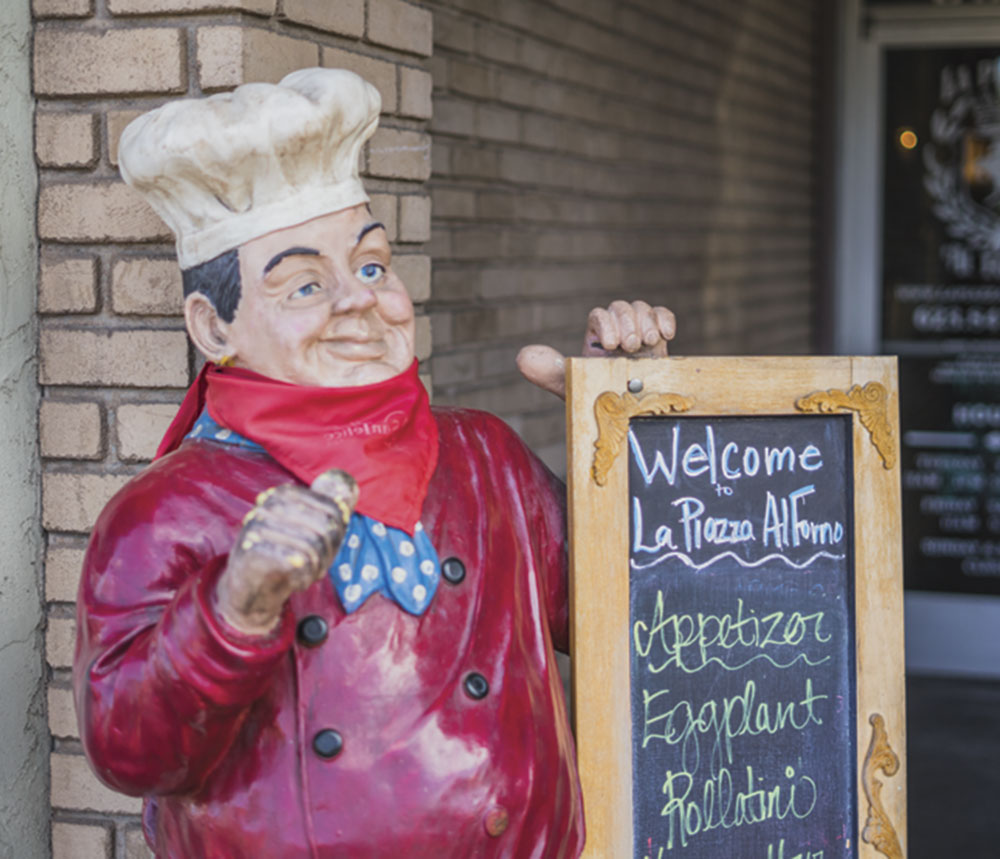 La Piazza Al Forno
Mamma mia! Justin Piazza opened La Piazza Al Forno in downtown Glendale in 2007. Since then, the brick oven pizzeria has appeared on Food Network’s Diners, Drive-ins and Dives and in 2013 Piazza opened a second location in Downtown Phoenix. When it opened, La Piazza Al Forno was one of few Valley pizzerias with a VPN designation, meaning the pizza is certified as true Neapolitan style by the Associazione Vera Pizza Napoletana in Naples. See what all the fuss is about with La Piazza’s pies, made with homemade dough, hand-pulled mozzarella and imported San Marzano tomatoes.
5803 W. Glendale Ave., Glendale
623-847-3301, lapiazzaalforno.com 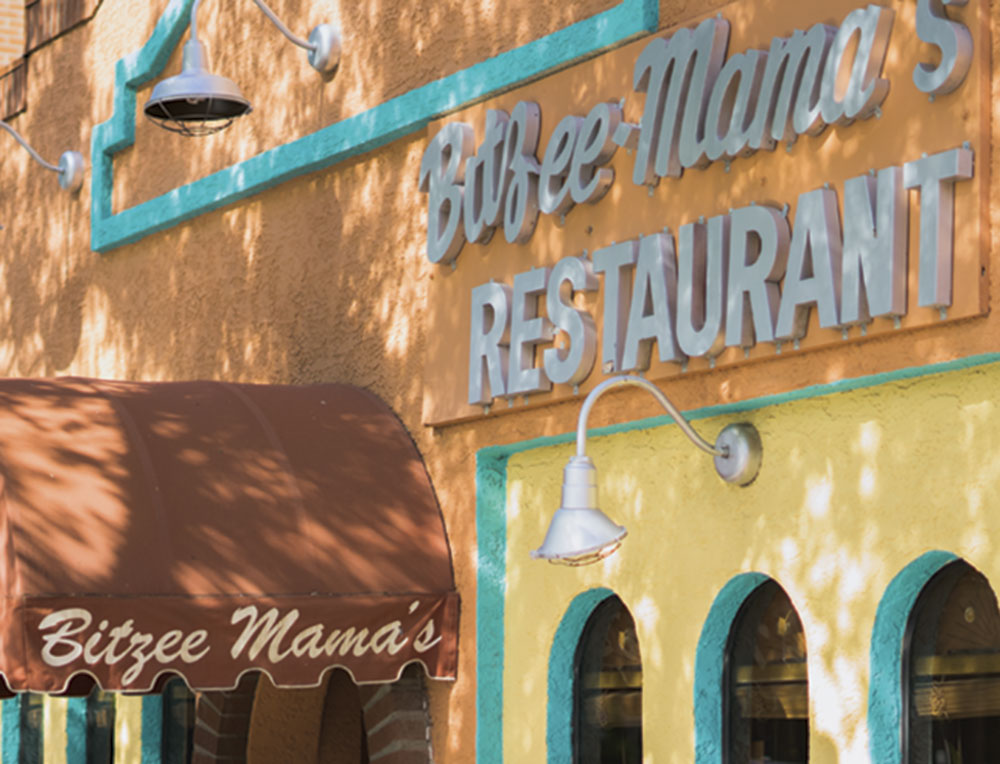 Bitz-ee Mama’s
Since 1972, Bitz-ee Mama’s has been a downtown Glendale staple, serving up traditional Mexican favorites including chimichangas and Hatch green chile. Original owners Carmine and Virginia Zannelli retired in 1995, but Bitz-ee Mama’s has only changed ownership three times in 46 years. Current owners Lulu Rodriguez and Kristine Ortega took over in 2009 and continue serving authentic Mexican food, with some new additions from their own family recipes.
7023 N. 58th Ave., Glendale
623-931-0562, facebook.com/bitzeemama 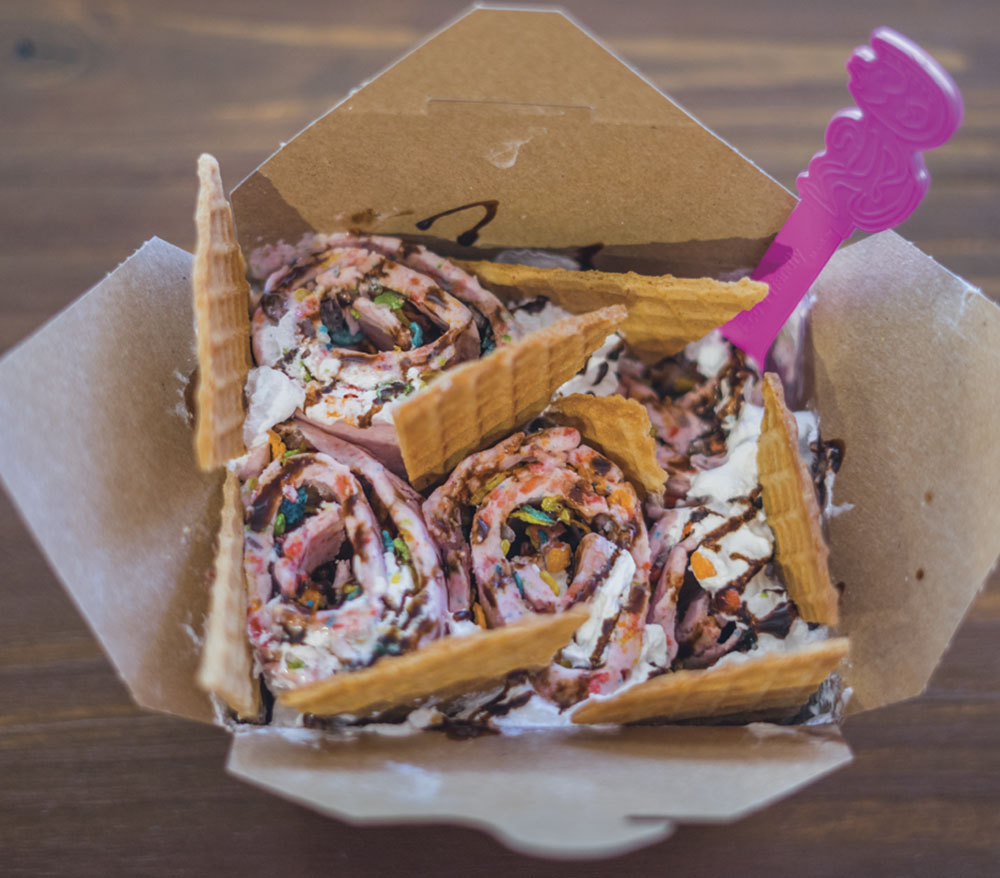 Nomadic Ice Cream Rolls
Nomadic Ice Cream Rolls owner Nino McCurley spent 28 weeks in a wheelchair after breaking his back, recovering and then suffering additional injuries in a car crash. During his convalescence, he watched an ice cream-rolling video showcasing the Thai dessert trend of manipulating layers of flattened ice cream into sushi-like rolls. After a full recovery, he opened up shop in Glendale. When creating new flavors, McCurley says he chooses names first and then figures out flavors. “The name has to hit people on different levels – nostalgia, makes them think and has to make them laugh,” he says. Snozzberry (inspired by Willy Wonka & the Chocolate Factory) is made with Fruity Pebbles, strawberries and bananas.
5750 W. Glendale Ave., Glendale
623-826-8905, nomadicicecreamrolls.com