“Air-cooled.” In the late 1920s, this simple but magical phrase changed Phoenix forever. When a hotel, theater or department store featured such signage, it meant a refuge from the brutal summer heat – and an instant advantage for Downtown businesses.

But air conditioning was more than the innovation that made Phoenix livable year-round. The city became the Silicon Valley of air conditioning, led by the pioneering Goettl brothers and Oscar Palmer. More than 30 companies manufactered evaporative coolers by 1940, from one-person outfits to production plants. The combination of research, manufacturing and adaptation of this nascent technology led Phoenix to tout itself as the “Air-Conditioning Capital of the World.” 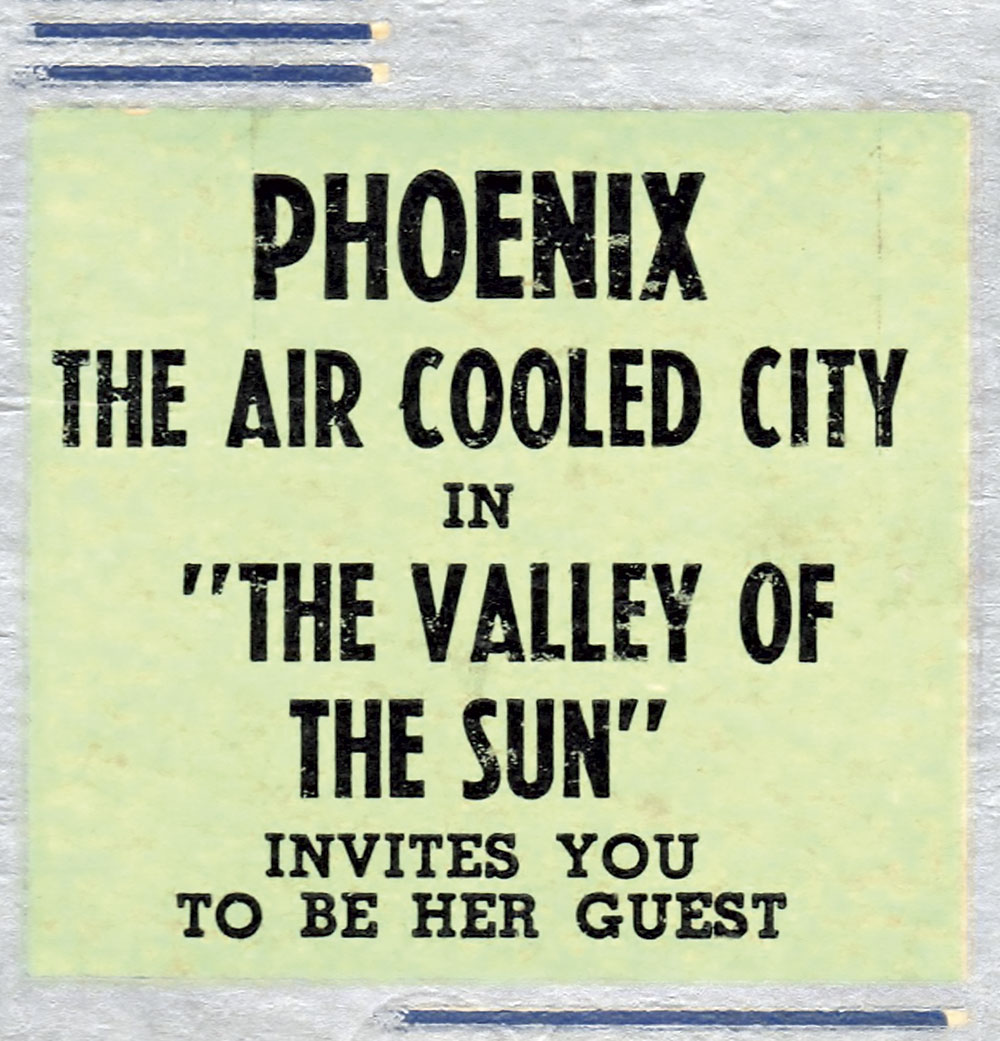 At first blush, sleeping porches seem a nostalgic remnant of Phoenix’s past, like the bell of a trolley car. The reality was more like a cold shower. Before cooling systems became affordable in the late 1930s, residents slumbered in screened outdoor rooms or lawns, wrapped in damp sheets, hoping to catch a breeze. “There were ‘sprinkler brigades’ in many neighborhoods, where people would sleep outdoors on cots with sheets over their bodies,” Adam Goettl told the Arizona Republic in 1990. “They’d all take turns hosing each other down.”

As a result, every summer, many wives and children abandoned Phoenix and moved to cool mountain locales. So widespread was this exodus that the Santa Fe Railroad had a “summer widowers’ train” which departed Phoenix at 3 p.m. on Saturdays for husbands to visit their families in Prescott.

Willis Carrier, an engineer from New York, invented the first modern air-conditioning system in 1902 by sending air through coils chilled by cold water. Twenty years later he improved on his design, adding a compressor to aid in the circulation of the refrigerant to reduce the unit’s size. Manhattan’s Rivoli Theater became the first air-conditioned commercial building in 1925.

Air-cooling technology soon made its way to Phoenix. The Adams Hotel became “cooled by refrigeration” in 1928, followed by the Hotel San Carlos, the Hotel Westward Ho and the Orpheum Theatre. “Carrier custom-designed and installed these massive air-conditioning systems, shipping them to Phoenix by train along with their installation engineers,” says David Heiman, a longtime instructor at The Refrigeration School Inc. in Phoenix. “Today, cooling a similar building would use a unit roughly one-third the size.”

While commercial buildings became air-cooled, only wealthy homeowners could afford the technology. Most residents used another method to keep cool. Evaporative coolers – colloquially called “swamp coolers” – lowered the temperature of the air through the evaporation of water. These were particularly effective in Phoenix, with its low summer humidity (save for the monsoon).

DIY enthusiasts experimented with makeshift coolers in the 1930s: garden hoses dribbling water over charcoal in boxes, with fans blowing the cool air inside through a window. “Everything was jury-rigged,” John Goettl, the brothers’ 75-year-old nephew, says. “But the summers weren’t as awful, with all the irrigated farms. Phoenix wasn’t the heat island it is today.” It isn’t his imagination: Six of the eight hottest recorded summers in Phoenix have occurred since 2000. 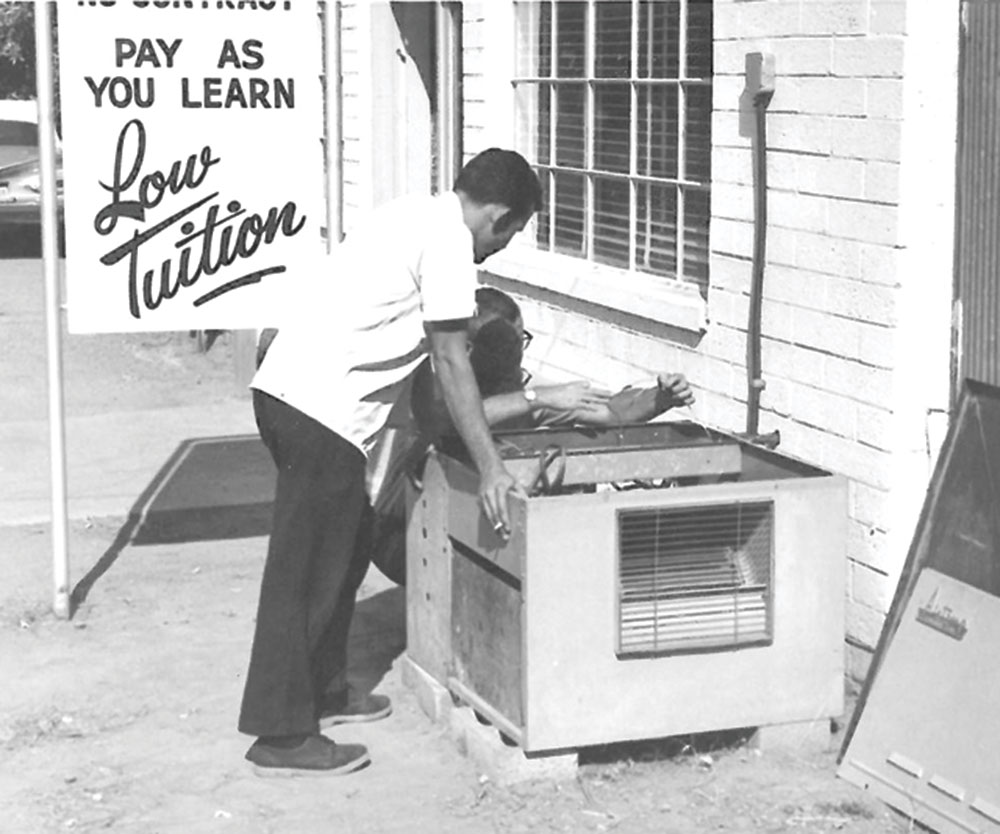 From this cottage industry, Palmer Manufacturing Co. started producing window-mounted evaporative coolers in 1934. “A home without air-condition will be like a home without lights,” owner Oscar Palmer told the Republic in 1937. Palmer produced the popular Sno-Breeze Evaporative Cooler.

Improvements came with the arrival in Phoenix of Bill Goettl in 1934 from Ohio, followed by Adam and Gust Goettl. The latter two formed Goettl Brothers Metal Products in 1939, which built and installed evaporative coolers. “Adam and Gust were sheet metal guys we called ‘tinners,’ who tried to look like Clark Gable with their thin mustaches,” John Goettl says.

In 1946, the Goettl brothers launched International Metal Products, which became the world’s largest manufacturer of evaporative coolers, producing 100,000 units annually by 1952. “They had the finest machinery on high-speed assembly lines, like in the auto industry,” John Goettl says.

Adam Goettl earned the title “The Father of Evaporative Air-Cooling,” after filing more than 200 patents. The technology allowed the mass production of houses in the Valley without the need for specialized architectural features to minimize the sun. Phoenix became an air-cooled oasis, attracting people gladly willing to exchange harsh winters for a few sweaty months alleviated by cooler indoor temperatures. Still, the monsoon was unpleasant; intense summer humidity negated the effectiveness of the devices. 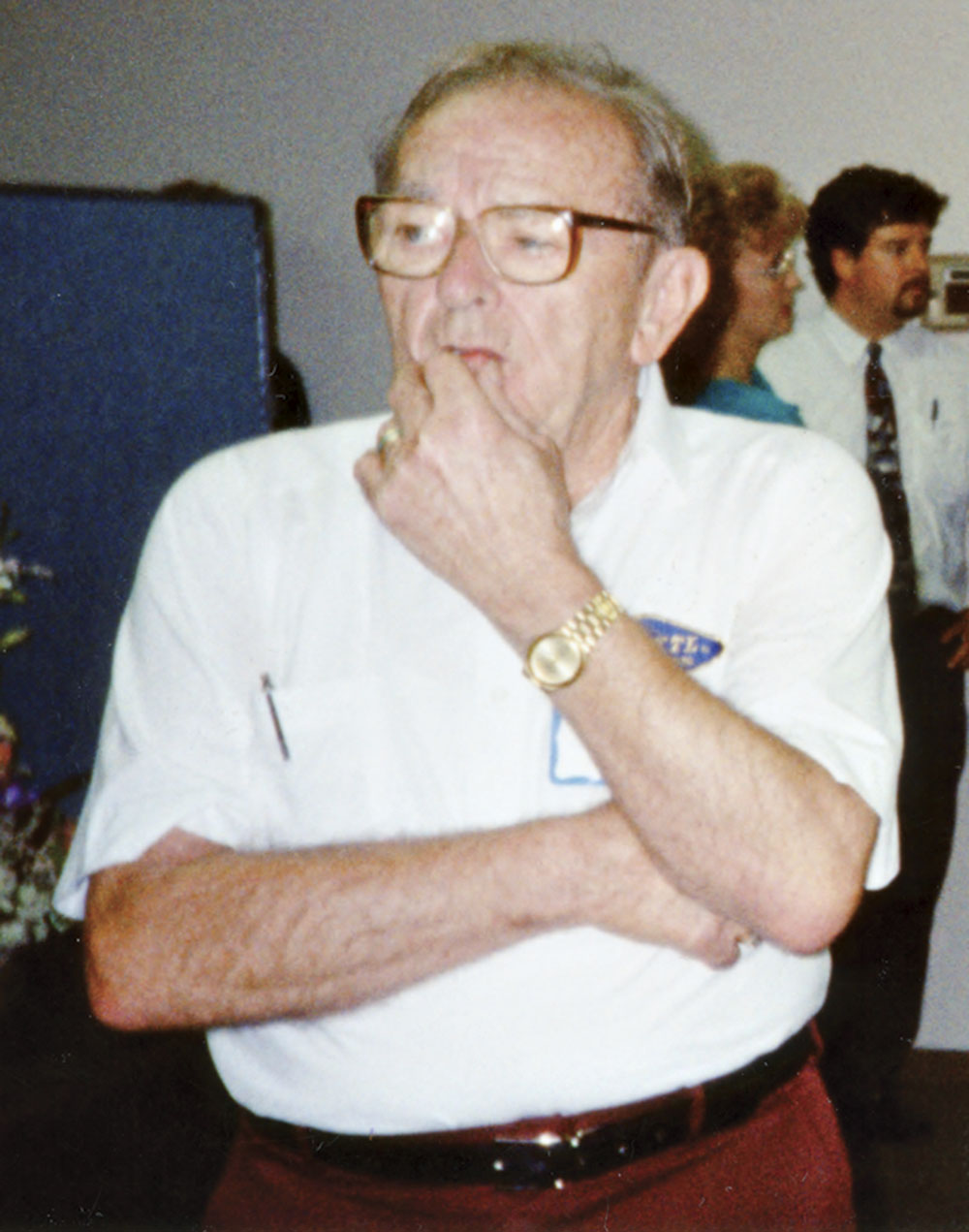 Bill Goettl and Cecil Wood purchased an interest in the Goettl Brothers Metal Products in 1946. John Goettl says his uncle got the idea for refrigerated, mechanical air conditioning at a grocery store’s freezer section. With help from engineers, he perfected the concept, which cooled and dehumidified the air, and manufactured AC units designed for the Valley’s extreme summer temperatures.

Refrigerated window AC units became available in the late 1940s and central air conditioning by the mid-1950s. Sometimes both were needed. “I grew up with Goettl as a patron saint,” Phoenix native Steve Weiss says. “When our home’s central air conditioning occasionally went out, we had a one-room addition with a wall unit. Inevitably, every summer for a night or two, all five of us slept in that one room.”

Still, only a quarter of Phoenix homes had AC by 1960. When a strike halted home construction in 1965, contractors focused on existing homes and many were converted from evaporative to refrigerated cooling.

Air conditioning transformed Phoenix life and fueled the city’s growth. Some opined that it even changed Arizona’s political landscape. “Historically, the Democrats were the dominant party until the 1950s, about the same time as air conditioning became available in homes and affordable,” Marshall Trimble, Arizona’s state historian, says. “That caused one old stalwart Democrat to lament, ‘We didn’t have any damn Republicans until they invented air conditioning.’”

1940 – Phoenix proclaims itself the “Air-Conditioning Capital of the World.”

1965 – Modern School of Refrigeration and Air Conditioning opens in Phoenix. 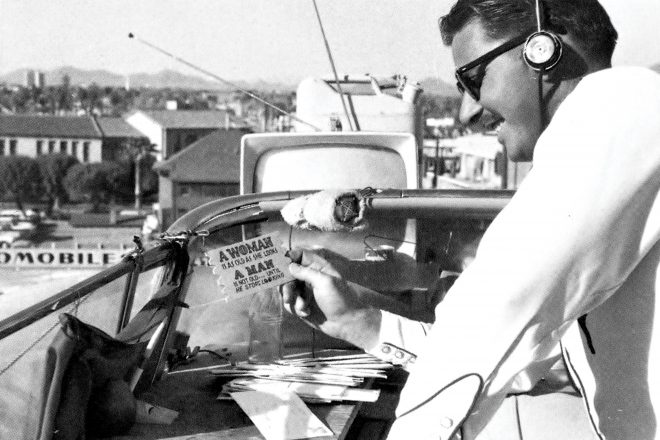