Beijing Noodle House
1440 S. Country Club Dr., Mesa
480-699-9616
We all have our favorites when it comes to Americanized Chinese food, from kung pao chicken to pork fried rice, but the recent explosion of regional Chinese restaurants in the East Valley has thrust many truer, less-adulterated dishes onto our plates, too. Case in point: rou jia mo, handheld snacks that essentially amount to Chinese hamburgers or pita pockets. At Beijing Noodle House, where the mo come two to an order ($5.80, pictured), you’ll find succulent, fatty bits of chopped pork laced with chunks of cooked green peppers, snippets of scallions and tiny petals of fresh cilantro. Wok-fried with a rich, soy-based gravy, the filling is piled into a wheat flour bun with a fluffy interior and a pan-kissed, crunchy, golden exterior. FYI: The bun is the mo in rou jia mo – and “Mo, please!” is what you’ll be thinking after the first bite.

Dragon Flame
1125 S. Terrace Rd., Tempe
602-881-2284, dragonflame.us
Mo originated during the Qin Dynasty in 200 BCE and found popularity as a street-food staple in the northern Chinese province of Shaanxi. Eventually, the dish spread across China to every major city, and hopped the boat to the U.S., becoming particularly popular in college towns with large homesick Asian populations, like Tempe. At Dragon Flame, the Chinese Burger comes as a round, hinged flatbread bun filled with juicy braised pork ($5.99). Typically in China, the hand-rolled bread is cooked in clay ovens, but this one, like most American renditions, is pan-fried. The flatbread, reminiscent of a toasted English muffin, provides a crunchy vessel for the slightly greasy and sweet cinnamon-fragranced shredded pork mingled with green onion. Chef-proprietor Kun Mao also offers a lamb version.

Shaanxi Garden
67 N. Dobson Rd., Mesa
480-733-8888, shaanxibiangbiang.com
The pork for the rou jia mo ($5.25) at Shaanxi Garden is cooked for more than four hours to “make sure every inch of the meat has the flavor,” says co-owner Noel Cheng. To create the aromatic meat, the pork belly is braised in water with ginger, onion, star anise, bay leaf, cinnamon, fennel seeds, cloves, peppercorn, dried chile-infused soy sauce, rice wine, brown sugar and apples. The tender chopped pork is stacked on the traditional flatbread bun, made while the pork is simmering. The dough is mixed and kneaded into smooth balls and then flattened into pancake-size rounds that are cooked on a flat iron until crisp, Cheng says. Shaanxi’s version is a little doughier inside, more bagel than English muffin, but readily absorbs the pork juices. 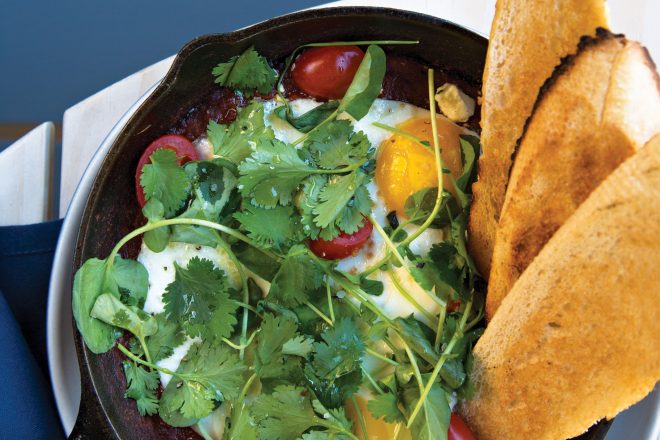 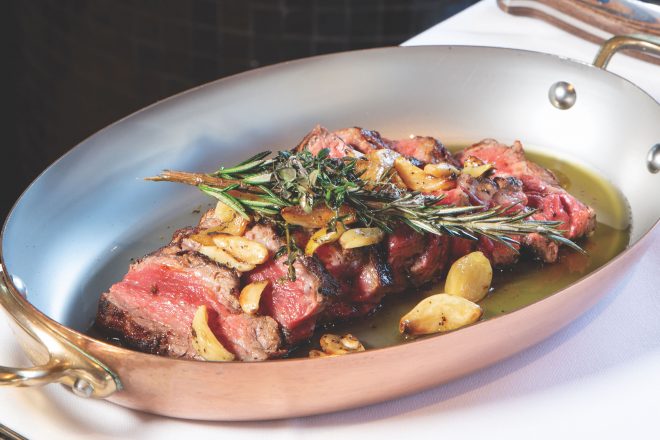 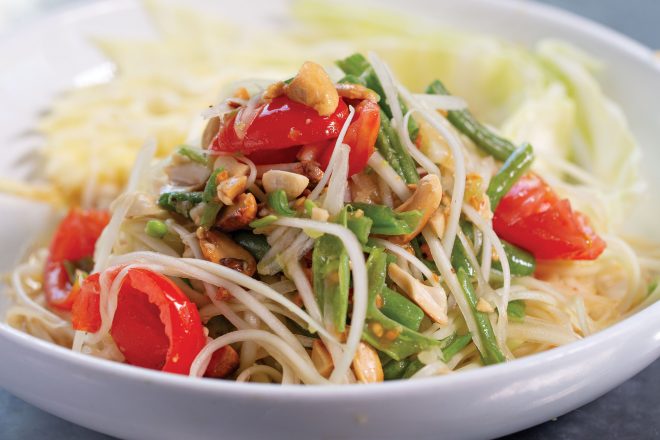