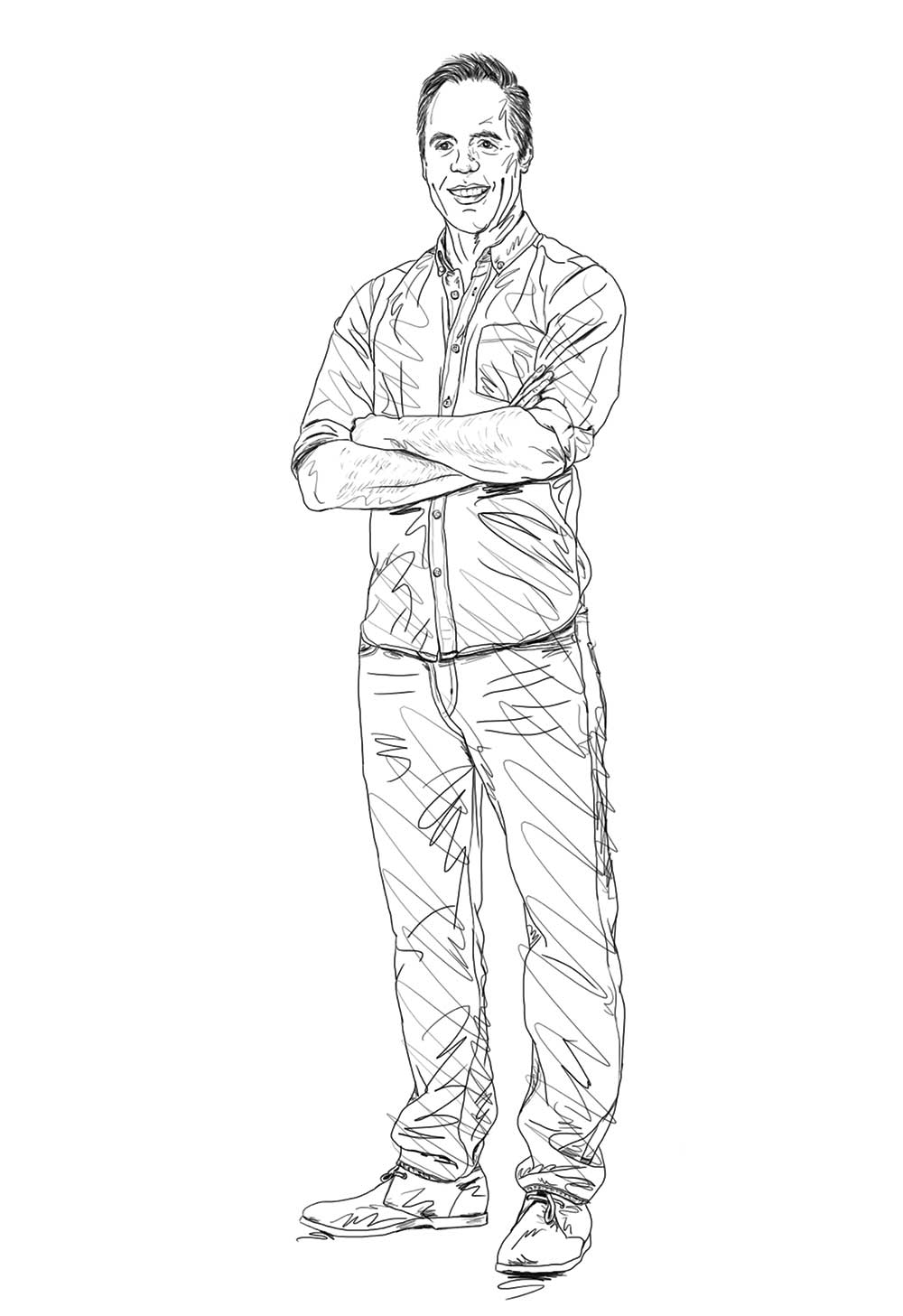 Tucker Woodbury didn’t set out to be the Valley’s stealth hospitality king – it just happened that way. Though the Colorado native and ex-adman is relatively well-known as the founder and owner of Genuine Concepts and its signature nightlife brand, The Vig, people are often surprised by the many other bars and music venues that he has launched, supported or otherwise championed. Nuanced neighborhood hangouts like Gracie’s and Linger Longer Lounge. Millennial-pleasing mashups like Cobra Arcade Bar. Generational rock clubs like Crescent Ballroom. When the 58-year-old Woodbury – who worked with Ford, Mazda and Boeing as a pioneering web designer in the late 1990s – opened his first Vig in Arcadia in 2007, he helped set in motion the Valley’s recreational renaissance, culminating in his current 500-odd-employee empire. “When people list 10 places for out-of-towners to visit, I’d like to think that we’re responsible for four or five of those places,” he says earnestly. And he’s not done yet.

Why call it The Vig? Was a high-interest loan involved?
“Names are never easy. When I lived in Manhattan, there was a restaurant I liked called Il Vagabondo. Kind of a legendary, historical place, and it had a bocce court. So, I always wanted a place with bocce. And The Vig was really just an Italian thing, playing into that. I envisioned it as a more masculine version of Postino [WineCafé].”

Equipped with a space-hogging but patron-pleasing bocce court, the original Arcadia Vig helped usher in the Valley’s current passion for patio-oriented playground bars. Woodbury names his top three bocce courts in the Valley:
1. “No. 1 has got to be the Italian-American Club [near Northern Avenue and 12th Street]. No brainer.”
2. “The original Vig. It was a headache at first. We went through several resurfacings. But we finally figured it out.”
3. “Ladera Taverna y Cocina. That’s a fun little court.”

Genuine Concepts is about to open its sixth Vig, in Chandler. So… is every city going to get one?
“Ha. Maybe. The goal… is to always keep it in the infield. Place them in concentric circles, with customers all a couple miles from home. Gilbert has it, Downtown has it. Queen Creek. Ahwatukee. Mesa. Those places respond well to an independent chain. We’re looking at a spot [in the West Valley] right now. 50/50 that it will happen. Heck, I think a Vig would do well in Maricopa.”

Are new Vigs still tied to adaptive reuse opportunities?
“At first, the building kind of dictated how [a Vig] would be, but now I think we’ve found a model, a footprint that we can replicate over and over. Not an in-line strip center, I would never do that, but it doesn’t have to be a warehouse. When I first started out, it had to be old or I wouldn’t look at it. But conversely, as I get older, that’s less important.”

Woodbury’s fruitful collaboration with music promoter Charlie Levy now includes three music venues – Crescent Ballroom, Valley Bar and the Van Buren – with a fourth project in the works. So how did the two meet?
“Many years ago, I had a place across from Coach House [in Old Town Scottsdale], a honky-tonk called Rockin’ Horse Saloon. And Charlie was doing bookings at the time, and he came in and we did our first show together. I remember it was Barenaked Ladies, John Wesley Harding and [actress/singer] Mare Winningham. Son Volt played there. Jewel did, too. It burnt to the ground in 1996.”

One of Woodbury’s few misfires was The Western in Old Town Scottsdale, a country-centric live music venue that lasted less than two years. Any theories why?
“It was frustrating. We had [alt-country star] Sturgill Simpson playing once and it was just me and 15 other people watching him. We tried to do a legitimate honky-tonk, and it just didn’t resonate in Old Town. It was too cool in a reverse way.”

Woodbury’s favorite shows to date at Crescent:
• “The Brandon Flowers pop-up show [in 2015], before [the Killers front man] went on tour. It was a warm-up show. Sold out instantly. Kind of one of those ‘wow’ moments.”
• “Probably one of the most fun shows was [indie hip-hop artist] Santigold… not my genre, but a fun, fun show.”
• “Son Volt played there… I’m more a Son Volt guy than a Wilco guy, but I love them both.”