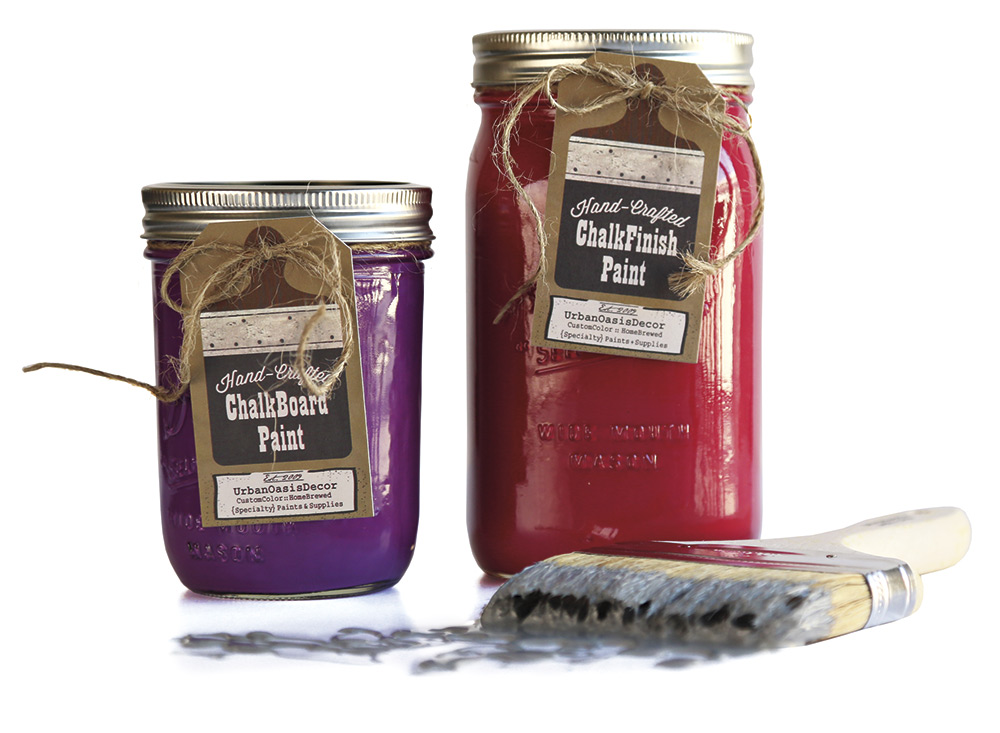 In retrospect, it’s as predictable as a paint-by-numbers kit that Lue Patterson, the creative chemist behind Urban Oasis Décor chalk paints, ended up with a career in the paint business. Patterson’s father owned an interior/exterior paint company, and she spent hours working there as a teenager.

“What intrigued me [about paint] was the extreme transformation and instant gratification it rolled out,” Patterson says. In 2009, she had a paint-awakening after attending Scottsdale’s thrift/craft market extravaganza Junk in the Trunk and spotting a local chalk paint vendor.

“The representative spilled the beans on chalk paint, which I had never heard of before,” Patterson says. The soft, matte finish of chalk paint is favored by home décor doyennes who use it to give furniture the distressed, vintage vibe popularized by the shabby chic movement in the 1990s and re-popularized in the latter aughts as Pinterest rose to prominence.

“When she shared the pricing on one quart of paint, I was dumbfounded, absolutely dumbfounded, as I was well aware of paint prices” and they were much lower than what this merchant was getting away with. “The lightbulb was turned on 120 watts strong – I had to figure out how to make this stuff!”

Today, Patterson has sold hundreds of pints of paint through her five-star-rated Etsy shop (etsy.com/shop/urbanoasisdecor).

Chalk Paint
Patterson brews her chalk paints with a “secret powder blend” mixed with flat latex paint and a tablespoon of warm water. She emulsifies the mixture in a paint blender, pours it into Kerr Mason jars and packages it for shipment.

A variety of colors is available, and Patterson sells paint mixes so DIY types can create their own paints. One quart ($29) of Urban Oasis Décor paint covers 50 square feet and one pint ($19) covers 25 square feet.