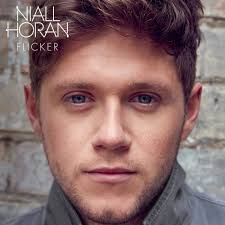 Anyone without teenage girls in the family might be asking, who the heck is this guy? Niall Horan (pronounced “NI-le HORE-in”) was a member — the sole Irish member — of the massively popular boy band One Direction, which was assembled in 2010 from also-rans on the Brit TV talent show X Factor, enjoyed a couple of years of staggering, world-wide popularity, then disbanded in 2015. Horan struck out on his own and released his debut solo album, Flicker, from Capitol in October of this year. You’ve likely heard his big single “Slow Hands” on constant loop on the Valley airwaves. On Sunday, he was named New Artist of the Year at the American Music Awards. No small feat for someone born in the ’90s.

Horan’s opening act at Monday night’s show at Comerica was another Irishman, Dubliner Gavin James who played a solo acoustic set. I was worried for him, but the legion of teenage girls dutifully screamed and shrieked when he asked how they were feeling, and his folky numbers, finely sung and interspersed with self-deprecating patter, seemed to please the crowd. He even got them to sing along to his cover of “What a Wonderful World” in a Louis Armstrong voice, though it’s doubtful many of them knew who they were imitating.

Then Horan and his band came out, and the screaming began in earnest – the crowd coming together to emit one, long ear-piercing dolphin shriek. I must admit: They were well-earned screams, though — Horan and his lads play strong, polished, vigorous pop, with a folk edge. And, like James, he’s a gracious, humorous host.

When he performed the title number “Flicker,” for instance, he tried to quiet the crowd down a bit, mildly requesting that everyone follow his example and use their “library voices,” and put away their cell phones. The lull was promptly filled by a sole fan screaming “I LOVE YOU NIALL!” and angry rejoinders from the rest of the crowd. Then, as the mellow mood of the song took hold, the cell phones came out, so that their owners could wave their lights, in the same way that cigarette lighters were used back in my antediluvian concert-going days.

After the song, Horan good-naturedly noted how pleasant this lighting effect was, and said he might have to reconsider his cell-phone ban. Which he might as well, since everyone ignored it.

The show’s highlights came in the encores — after “Slow Hands,” Horan performed his sole One Direction number of the evening, “Fool’s Gold,” which resulted in hundreds of young fans raising paper signs which read “We’re not done falling for you yet.” Then he brought out his opening act, Gavin James, and the two performed a rousing acoustic duet on Springsteen’s “Dancing in the Dark,” a bone thrown to us oldsters, and easily the best part of the show.

Several times in the course of the evening, Horan insisted that he didn’t always say this, but that this Phoenix show was his favorite, that it was the “luvliest” crowd he’d played to. So the audience at The Masonic in San Francisco, where, according to the schedule on the back of my kid’s new T-shirt, Horan finishes the 2017 leg of his tour Wednesday night, they have their work cut out for them to win the star’s heart.

Of Phoenix, he quipped, “If this is a Monday night, I’d like to see a Saturday night.”