Great Arizona Puppet Theater is the largest puppet theater west of the Mississippi, according to theater director Nancy Smith. “We’re the only full-time, year-round one in Arizona,” she says. “It’s kind of rare in America.” The U.S. is speckled with only a few of these puppetry institutions, with other notables in cities such as Atlanta, Seattle and the Boston area.

The troupe’s home base is in an old LDS church built in 1929 off 3rd Avenue near Margaret T. Hance Park in Downtown Phoenix. It also hits the road, putting on shows for kids at libraries and elementary schools around the Valley. But not all puppet shows are childsplay. The theater also hosts adult puppet slams, usually during First Friday, which can get a bit dirty.

With its wide variety of events, the theater stays quite busy. Even as we spoke, Smith was making some adjustments to the hands of a puppet and preparing for the five shows to be put on the following day. “It’s very challenging,” she says. “I’m doing a solo show right now, and I’m all the characters, and I really enjoy doing it because it’s a challenge of getting the part right and connecting with the audience.”

Great Arizona Puppet Theater has been around since 1983. Smith says the theater began as a touring troupe, and in 1988, settled into its first fixed location, a former fire station on Indian School Road. Unfortunately, just as the troupe got settled, the landlord wanted the property back. It wasn’t until 1996 that the touring theater settled into the historic building where it now resides. 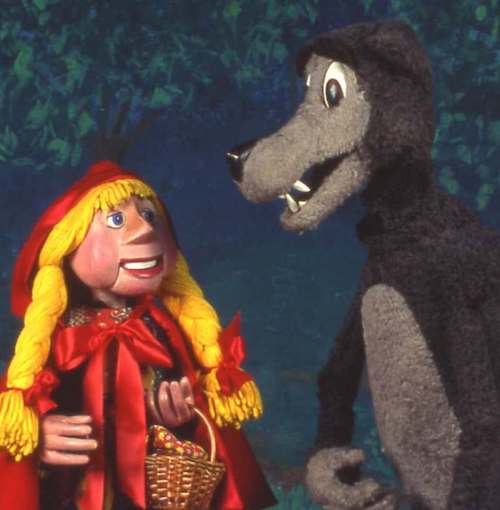 Even before the Theater began, puppetry had a place in Phoenix. The Phoenix Guild of Puppetry dates back to 1959. For Smith, puppetry has been an interest since she was 5 years old. “I was a very shy child,” she says. “One Christmas, Santa Claus brought me a puppet stage and some puppets for my sister and me, but it ended up in my bedroom. It was sort of my thing… So I guess I just kept doing puppet shows, and realized I was a puppeteer.”

Now, Smith has passed on her passion for puppets to her daughter, who is one of the four full-time puppeteers at Great Arizona Puppet Theater. Two others hail from the University of Connecticut, which has a well-known puppetry program. Outside of shows put on by the Theater’s own puppeteers, it hosts guest artists from around the world. Recent guest artists include a troupe from Japan and Paul Zaloom, the actor behind Beakman of the 1992 educational TV show “Beakman’s World,” who, coincidentally, is also quite talented with a puppet.

For those still perplexed by puppetry, there’s a few things to know. Puppets come in a whole host of varieties, including large rod puppets, small hand puppets, shadow puppets and marionettes. Sometimes the puppeteers are part of the show, other times they’re concealed from the audience’s view. At Great Arizona Puppet Theater, the shows range from comedy routines to folk stories and fairy tales to original narratives.

Smith said she expects the puppet theater to live on, sustained by the passion of its employees and the growth of the surrounding neighborhood (Central Avenue and Roosevelt Row are just down the street). “We’re in a better neighborhood than when we bought the building,” she says. “I’m very optimistic for the future of the theater.”

“The wonderful thing about puppetry is the way you can see stories unfold with different colors and different ways of seeing things,” Smith says. “Puppets are just who they are. They’re not an actor trying to be someone else. I may give voice to it and move it, but the puppet is it.”