As most people are  crawling into bed, Kinsey Schofield is touching up her hair and makeup, preparing to dish about the royal family on morning TV in England. She embraces the odd hours because they mean she’s found success in the niche she’s carved for herself: a U.S.-based royal correspondent, a career an agent told her wasn’t possible.

Like the late princess she adores, the journalist, who splits her time between Phoenix and Los Angeles, didn’t listen, and blazed her own trail. It started with a 2019 trip. “My boyfriend at the time took me to London, and he noticed I was telling stories before the tour guide,” Schofield says. “It triggered me to believe this is something I should pursue.”

After accepting her boyfriend’s marriage proposal outside Kensington Palace, she took the skills she learned in Phoenix newsrooms (as a digital journalist for ABC 15 and Fox 10, and on-air host for Fox 10 News Now) and started building her brand. “Once I saw Meghan Markle enter the picture, I got a sense that the royal family would be more present in the United States… I wanted to jump on that before someone else did.” 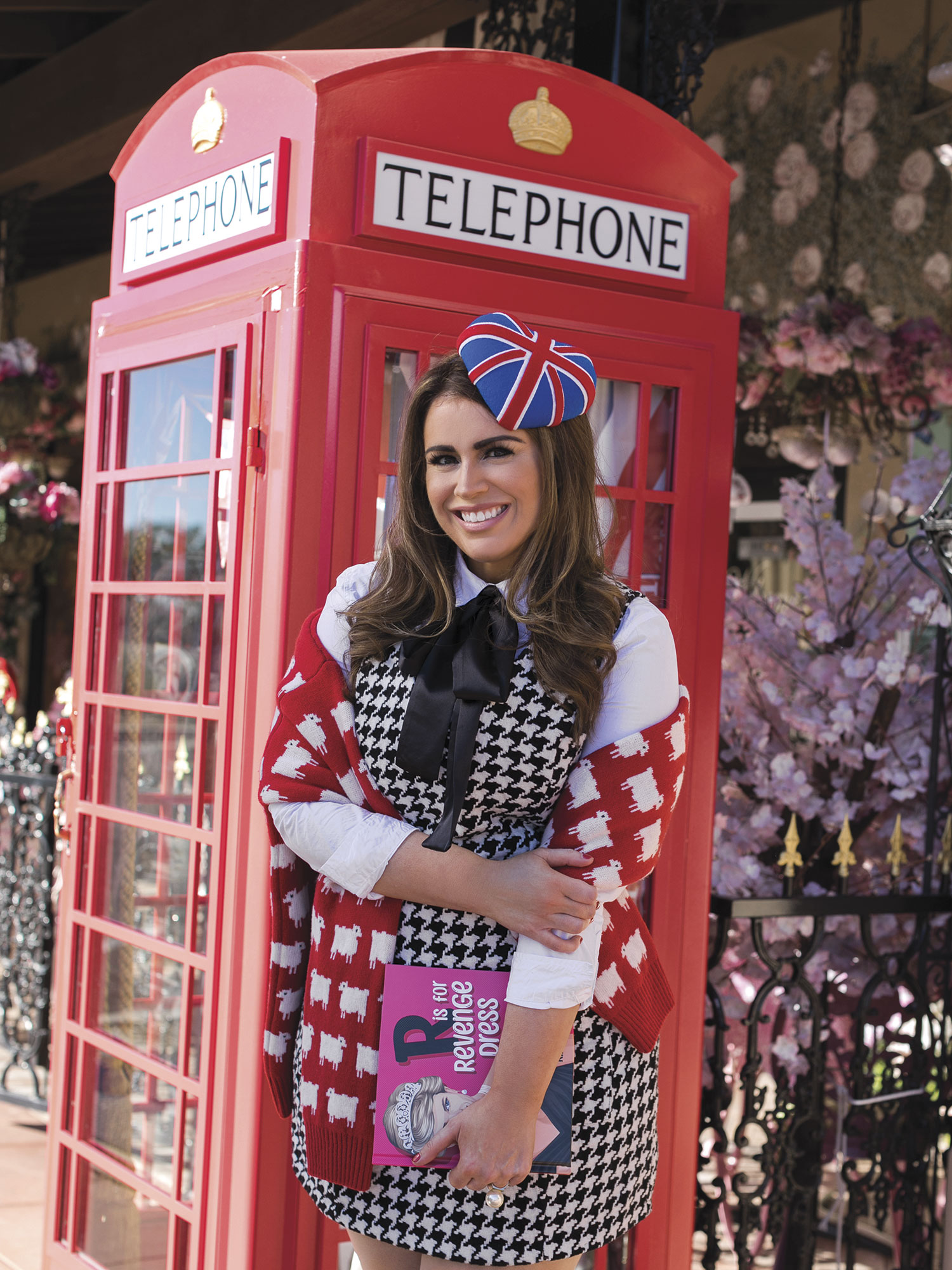 She launched a blog and a podcast initially focused on Markle, but pivoted to Princess Diana – for whom she professes deep respect. “She was rejected and humiliated on a global scale,” Schofield says of the way her marriage to Prince Charles ended. “It was so empowering and inspiring to watch the way she handled that.”

Schofield leveraged her experience as a social media expert and digital journalist, (notably covering the Jodi Arias trial for 12 News), to produce and pitch her To Di for Daily podcast to news outlets. 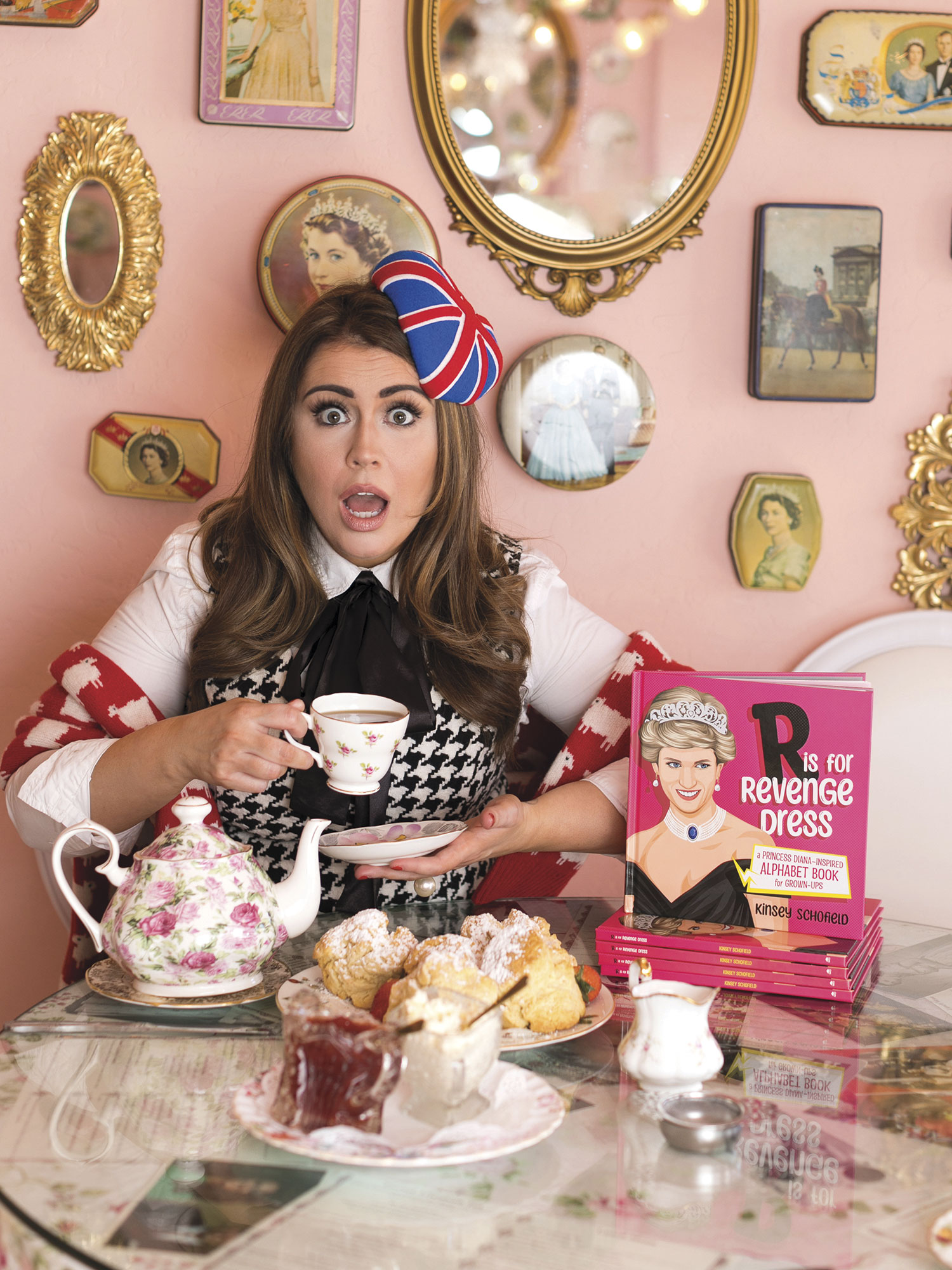 Her big break came when she tweeted condolences to British morning show host Eamonn Holmes after he lost his job. When he landed a new gig, he asked her to contribute to segments, offering her compensation and credibility. She had a similar beginning with famed royal journalist Andrew Morton, whom she now keeps on speed dial but met when she introduced herself via Facebook message. “He won’t talk to a lot of people, so I’m privileged,” Schofield says. “It’s about aligning yourself with people who truly are experts in the field and creating relationships with them, because it gives you credibility.”

Now, she makes regular appearances as a paid correspondent on three shows and drops in on others when breaking royal news requires expert analysis. She’s monetized her podcast through Spotify and brand partnerships. This past fall, she released her first book, R is for Revenge Dress: A Princess Diana-Inspired Alphabet Book for Grown-Ups, which includes her own cartoon-style illustrations.

The book shines a different light on Diana, offering humorous behind-the-scenes stories. F, for example, is for the night she and Queen front man Freddie Mercury snuck out to a gay bar. O is for Princess Diana’s removal of the word “obey” from her vows to Prince Charles, while N is for her naughty spirit. “It’s a happy book,” Schofield says. “I think she is more than her worst day.”

Schofield has earned her fascinator, which may be part of the ensemble she’ll wear to the May coronation of King Charles, where she will report for GB News and gather content for her site, ToDiForDaily.com.

“It’s such a unique celebration and something we don’t really have over here. Our country is so polarized, we don’t have one symbol we can rally behind. In England, that was the queen,” she says. “I go all out… it’s such a great opportunity to celebrate. It’s ironic that we went to war to not have to deal with these people, but I go chasing them.”