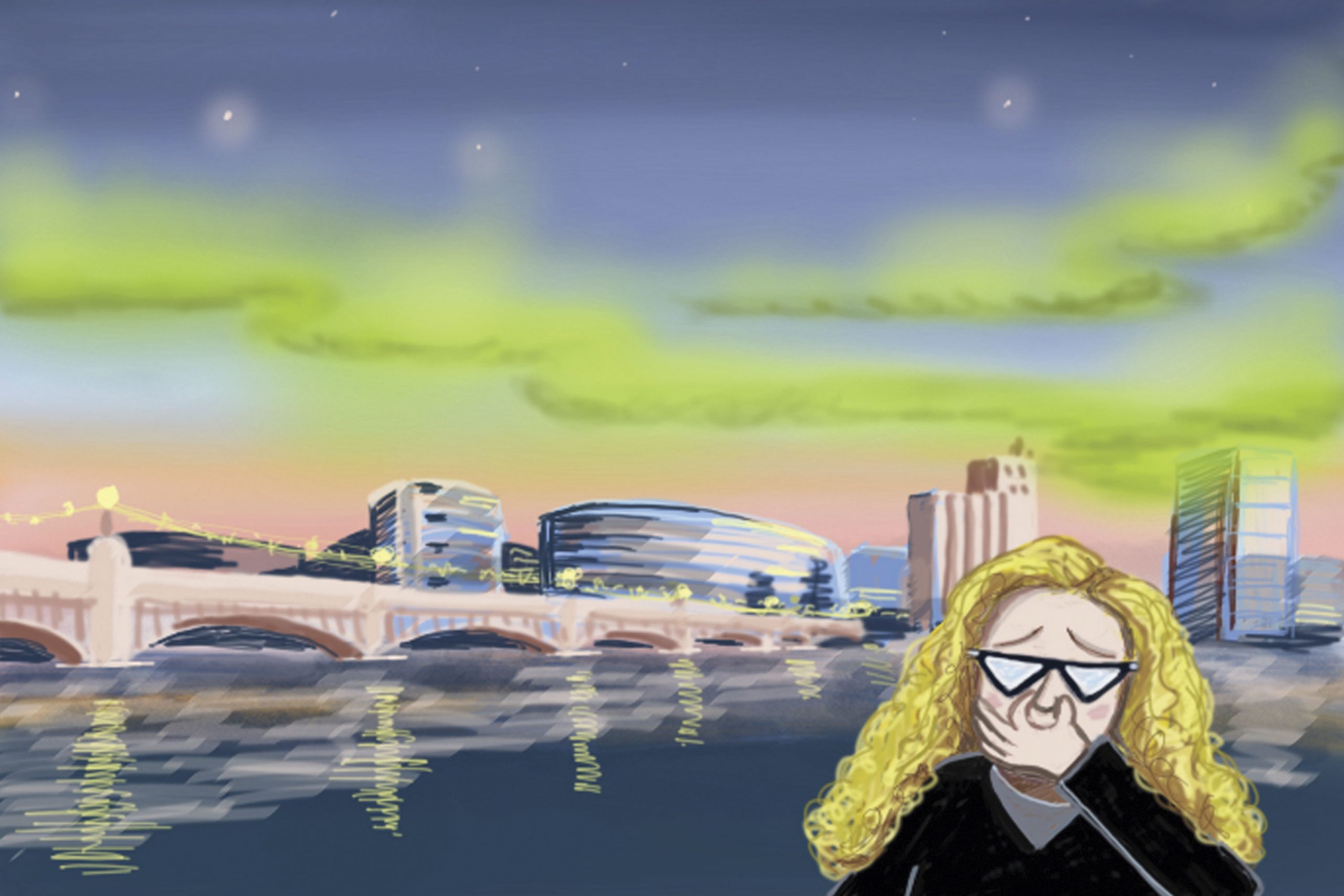 Something’s rotten in the Valley of the Sun – literally, our columnist sniffs.

To be fair, Phoenix does, too, sometimes, and the other night I caught a whiff of something in Chandler.

No, this is not another piece in which a local journalist bashes her hometown for a lack of culture or smart politics. I’m not speaking metaphorically. More and more, as I drive around town, I notice that Metro Phoenix smells an awful lot like – well, like poop.

To my nose, the smell’s the worst in Tempe, which is unfortunate, since I happen to live there. My husband tells me all the time that my nose is just too sensitive, but I know I’m not alone. In fact, a few years ago a friend actually named this phenomenon The Tempe Stink. It stuck.

For a while, I was on a quest to solve this pungent mystery. I once approached someone at the top of the city’s administrative food chain at a cocktail party and asked about the smell. Without skipping a beat, he told me it happens because the bars on Mill Avenue toss old frying oil down the drains, clogging the sewers.

But Mill Avenue doesn’t really smell, unless you count the reek of old beer on a Sunday morning. And if it really is cooking grease mucking things up, why wouldn’t Tempe smell like onion rings or jalapeño poppers? (Please note here that I am not a scientist, nor was I paying attention in either high school biology or chemistry class.)

I tried Googling, “Why does Tempe smell?” I got several stories about the city’s drinking water, an algae problem that was later resolved. There were also links to city ordinances explaining the penalties for residents who stink up their own property.

Reddit informed me that I’m not alone, and it’s not just Tempe. Readers asked why Mesa smells “like trash,” why there’s an “awful smell” on the Durango Curve and why Phoenix smells “so foul.”

The Tempe smell really bothered me, not just because my kids accused me of farting every time we crossed the Rio Salado on Priest but because I started to wonder if it’s such a good idea for human beings in their formative years to be breathing this stuff in. Whatever it is.

I didn’t notice it during the height of the pandemic, probably because I didn’t go anywhere. But now that I’m out and about again, wham! The Tempe Stink is back and worse than ever.

Instead of ambushing another city official over wine and cheese, I decided to be professional this time and emailed the city of Tempe’s public information office. I don’t typically like to quote big chunks of jargon, but you tell me if this response explains anything at all:

When wastewater is traveling through Tempe’s collection system on its way to the regional 91st Avenue Wastewater Treatment Plant, it passes through manholes at regular intervals along the way. These are points at which air quality samples can be collected by a city’s professional wastewater staff for analysis. Nuisance odors are frequently associated with the presence of hydrogen sulfide. Chemicals such as calcium nitrate or ferrous sulfate are used by Tempe to reduce odors from hydrogen sulfide in portions of its wastewater collection system.

Some areas of cities that have industrial wastewater discharges can experience elevated levels of hydrogen sulfide, depending on what industrial customers are discharging into the collection system. Those discharges are regulated by law in terms of their composition.

No mention of french fries this time, at least, but I’m left with more questions than answers. At the top of my list: Is this simply the cost of becoming a real city?

In the past several years, sleepy Tempe has grown up. I’ve lost track of the cranes bringing us new hotels, strips of fast-casual chain dining options and – of course – more parking garages. Arizona State University markets itself as the leader in innovation and sustainability, but it’s hard to see much of either when you’re stuck in traffic.

You can, however, smell it.

Don’t get me wrong. I love crossing the Mill Avenue bridge into Tempe, particularly at night, when the city sparkles like the tiniest corner of Manhattan if you squint a little. I actually want to live in a real city. I know it’s bougie, but I like having a Whole Foods – as long as the hippie farmers market across the street doesn’t close. I like being able to walk to a traveling Broadway show at ASU Gammage. I’m thrilled The Halal Guys are here.

But if all that means this place will forever smell worse than Yellowstone, you can keep your gyros.

To be fair, The Tempe Stink might have absolutely nothing to do with the explosion of development around ASU. It does feel like an odd coincidence, though, and it makes me wonder about the city’s infrastructure in general. Are we prepared for towering high-rises filled with seniors? For another juice bar?

And what about the things we’re losing?

This summer, the beloved House of Tricks closed for good. I can’t tell you the number of work lunches and romantic dinners I had there, mostly because it was the only “grown-up” restaurant for miles, the spot every college kid took their parents when they came to visit.

My husband and I had one last meal there, for old times’ sake. As we left, I looked around and realized I no longer recognized the neighborhood, save for The Chuckbox, a bare-bones but awesome hamburger joint – which is probably next.

Change is good and progress is fine, but when it happens too fast, it stinks.

I still don’t have an answer for why Tempe is so smelly, but by the time you read this, we all might have one. City officials assured me that whatever it is, they’re on it.

The results of the current work will inform the design of odor control facilities that will eventually be constructed that will help to mitigate odors along the Southern and Priest corridors which will include the Priest and Rio intersection.

OK, but that still leaves me wondering, just what is causing The Tempe Stink?

I’m not holding my breath till I get an answer. Then again, maybe I should.