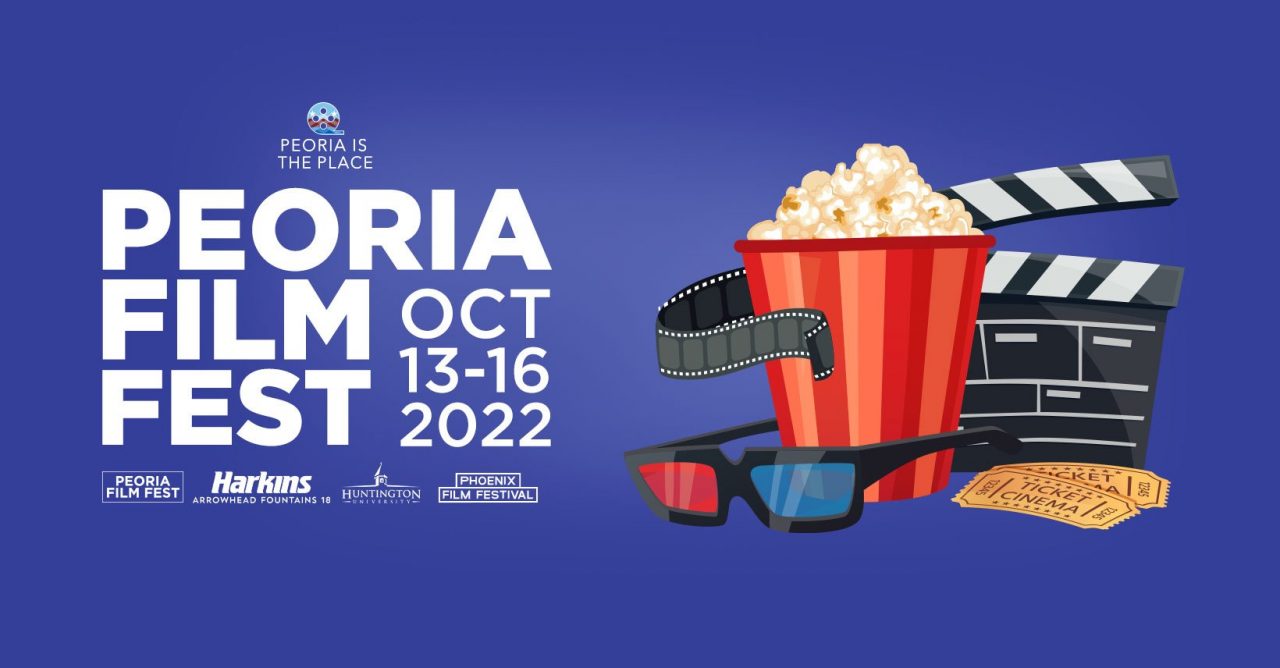 Will it play in Peoria?

The classic question, deriving from the vaudeville theater, asks whether a given act will appeal to middle American audiences. It originally referred to Peoria, Illinois, but it could just as easily be applied to its namesake city in Arizona.

The programmers of the Peoria Film Festival will learn the answer to that question this weekend, with regard to the festival’s slate of features and shorts. The fourth edition of the fest, inaugurated in 2018 (the 2020 edition was cancelled) is slated from October 13 through October 16. Like Phoenix Film Festival – with which it is affiliated, under the auspices of the Phoenix Film Foundation – the Peoria fest is conveniently located almost entirely at one venue, in this case Harkins Arrowhead Fountains 18.

Even the Opening Night event is located at nearby Abuelo’s Mexican Restaurant. Tickets to this shindig are $30 and include the party as well as admission to the Opening Night selection, The Same Storm. Directed by Peter Hedges over cell phones and laptops during COVID lockdown, this drama features a stellar cast including the likes of Elaine May, Sandra Oh, Camilla Perez, Mary-Louise Parker, Ron Livingston, Allison Pill, Moses Ingram, Judith Light, Rhenzy Feliz and Noma Dumezweni.

Selections throughout the rest of the weekend include the documentary Life in Synchro, about the sport of synchronized ice skating; The Monster Inside Me, a documentary about Lyme Disease; Mijie Li’s Miles to Go Before She Sleeps, about a retired schoolteacher investigating dognapping in China; Juan Felipe Zuleta’s bizarre road movie Unidentified Objects; Ravi Kapoor’s heist comedy Four Samosas, and Raymond and Ray, Rodrigo Garcia’s drama starring Ethan Hawke and Ewan MacGregor as half-brothers asked to dig their estranged father’s grave together. There are a couple of programs of short subjects, and the closing night film is Kathlyn Horan’s documentary The Return of Tanya Tucker.

Saturday at 11:40 a.m. the festival offers a “Free Family Flick”: How to Train Your Dragon. This movie has certainly already proved that it, at least, can play in Peoria.

Tickets for individual screenings are $10; a festival pass is $40. Go to peoriafilmfest.com for details.