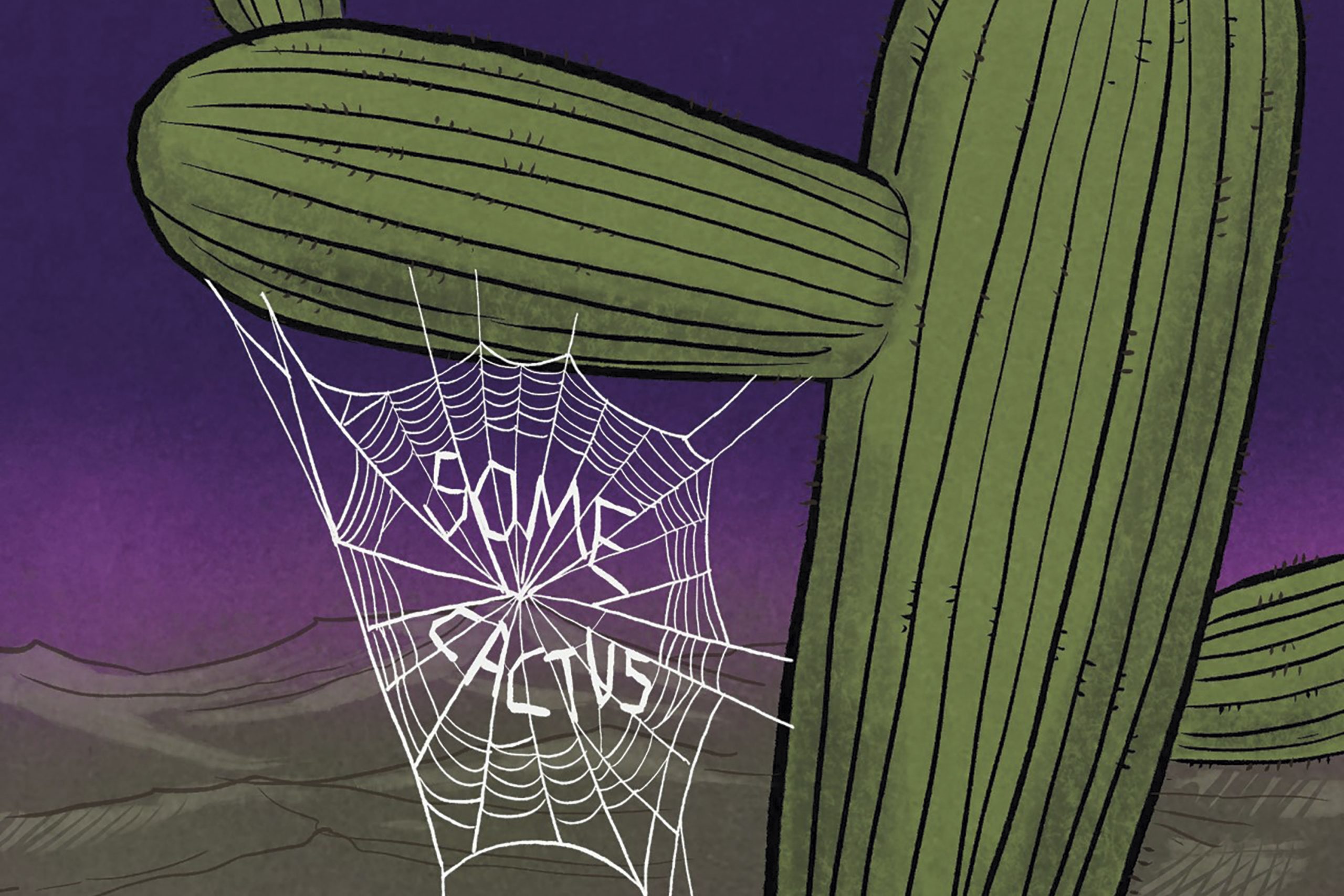 My house is covered in cobwebs. This has nothing to do with Halloween. It’s a year-round thing. Delicate, long-legged spiders take up residence in the corners of our screened porches and leave their webby mark in hard-to-reach spots in the living room and kitchen.

I have no problem killing bugs. To be honest, I take pleasure in annihilating ants. And my husband loves his toy-gun-looking salt-shooter that eviscerates houseflies with a pump and a pull of the bright green plastic trigger. (He calls it his a-salt rifle.) Our daughter has been known to take out a cockroach with a single whack of a wooden clog.

But no one dares go near a spider. We leave them alone, cobwebs and all.

Blame Charlotte. When I was a kid, all my best friends lived on the pages of my favorite books – Frances (the Badger), Harriet (the Spy), Ramona (the Pest). But my true BFF is the heroine of E.B. White’s 1952 children’s classic, Charlotte’s Web.

It’s a story of young love and chatty farm animals, but mostly Charlotte’s Web is about friendship, specifically the bond between Charlotte, a spider, and Wilbur, a pig.

When she learns that Wilbur’s destiny is the frying pan of some lucky pork lover, Charlotte gets to work, spinning compliments in her webs like TERRIFIC and SOME PIG. Spoiler: It works, and Wilbur’s life is saved. Charlotte doesn’t fare
as well.

I love Charlotte, and I love E.B. White, who earned fame for his children’s books (he also penned Stuart Little) but also wrote for The New Yorker and co-authored The Elements of Style, the bible for pretty much every writer. An illustrated copy of the latter is my go-to gift for high school graduates – but beyond that and a house covered in cobwebs, I have no connection whatsoever to E.B. White.

At least, I didn’t think I did.

It’s one of the trade-offs for living in Phoenix. Decades ago, I lived briefly in Southern California, Washington, D.C., and New York City – places where you expect to run into your heroes, or at least famous people. Here, not so much. My best Phoenix celebrity sighting happened many years ago. I was in line at the grocery store behind Alice Cooper. He’s hard to miss, particularly in brightly colored, patterned golf pants, and when he quietly asked the clerk for a single lottery ticket, those of us in line behind him had to stifle our grins.

Elwyn Brooks White died in 1985, so there’s no chance of running into him anywhere, even in Maine, where he lived. But I got the next best thing when I learned that a longtime Phoenician had known him.

It took me forever to get up the nerve to ask Valley art director Peter Shikany about his time working for E.B. White. I don’t know why, it’s silly. I’m barely acquainted with Peter, but I’ve known his wife, Lisa Sette, for more than 30 years. She was one of the first people I wrote about when I moved home to work as a journalist – she was (and still is) setting the bar for the local arts scene with her namesake art gallery.

Years ago, a friend mentioned that she was at a dinner party with Peter and he spoke of how he’d once worked on E.B. White’s farm, where there was one rule – no one was allowed to kill a spider, ever.

Finally, this summer, on a phone call about an upcoming art exhibit, I blurted, “Do you think Peter would tell me his E.B. White story?”

I was so excited. And the story didn’t disappoint. On a hot June afternoon, we settled in Peter’s art studio behind his sprawling desert home in Phoenix. He apologized for not remembering much, but I thought the conversation was magical.

Sometime in the early 1980s, Peter was in his early 30s and living in Florida. He’d grown up in Arizona, but he and his first wife wanted a bigger change of scenery. They’d heard that people were homesteading in Maine. So, they packed up their belongings and their young daughter and headed north.

Once in Maine, they landed on the coast, in a “picture book kind of town” called Blue Hill and eventually found a house to rent in a nearby town. Peter had the dream of making art for a living, but it was the wrong place to do that, he recalls. So, he took a job as caretaker for the Blue Hill Inn.

The inn had a nice restaurant, and E.B. White ate dinner there every Sunday. Peter knew that “Andy,” as the author was known to locals, wrote for The New Yorker. And, of course, he’d read Charlotte’s Web to his young daughter.

White told the owner of the inn that he needed a part-time caretaker for his farm. There was a main house, a barn and property stretching down to the shore, where White had a little cabin that he kept as a writing room.

It was an “amazing little space,” Peter recalls. “There was some energy or something in that room that was not like any of the other things.” Straightening up the writing room was one of Peter’s favorite parts of the job.

Peter cautioned me several times – even before we met – that he didn’t remember much, didn’t have anything interesting to say. But he recalled quite a bit. And I hung on every word, like the celebrity-stalker-once-removed that I am.

“He was certainly a man of routine,” Peter told me. “Super friendly, just down to earth.”

Peter spent quite a bit of time tending to the flower gardens on the property. Planted by White’s late wife, Katharine, the gardens were a source of great pride. Peter also took care of a lot of chickens; he didn’t recall other animals, except for a small white dog. Maybe a few ducks? Oh, and some raccoons that got into the chicken feed.

Of course, there were bugs.

“He had one rule on the property that I was told early on because, you know, we were organizing, cleaning the barn, doing that kind of stuff. It was never kill a spider, ever, because that’s what paid for this whole place, you know?”

I know. The whole thing was just so damn romantic, so exotic to a kid who grew up in a dusty cow town. I could have stayed all day – and I practically did – listening to talk of this adventure.

Peter wasn’t so excited about the whole spider thing. He’s not a fan of arachnids. (Full disclosure: Same here.) But he appreciated the sentiment.

I admit my heart broke a little when I heard there was no pig on E.B. White’s farm. Maybe there was one earlier, Peter said quickly, noticing my disappointment.

One of the best parts of the story was that White clearly loved kids. Peter’s daughter was in grade school at the time, and the writer took her out for walks, gave her several books she still has today. “He was probably showing her things like spiders in the barn, I’m sure,” Peter says.

Did Peter understand at the time how lucky he was?

“Not the way I do after the fact,” he said. “I knew that he was an important writer and I just saw that it was this super honor and kind of privilege to just have some contact with him.”

The gig lasted less than a year. Peter worked from spring to early winter. Once they had prepared for the extreme weather, the whole farm kind of shut down.

“I’d see him at the Blue Hill every once in a while, and we’d say hello, and he was always friendly,” Peter said. “He was just sort of quiet and unassuming in many ways. That’s kinda my memories of it.”

Peter worked for design firms after his time as a caretaker, and after seven years he and his family returned to Arizona so his daughter could go to school in a more urban setting. He missed home.