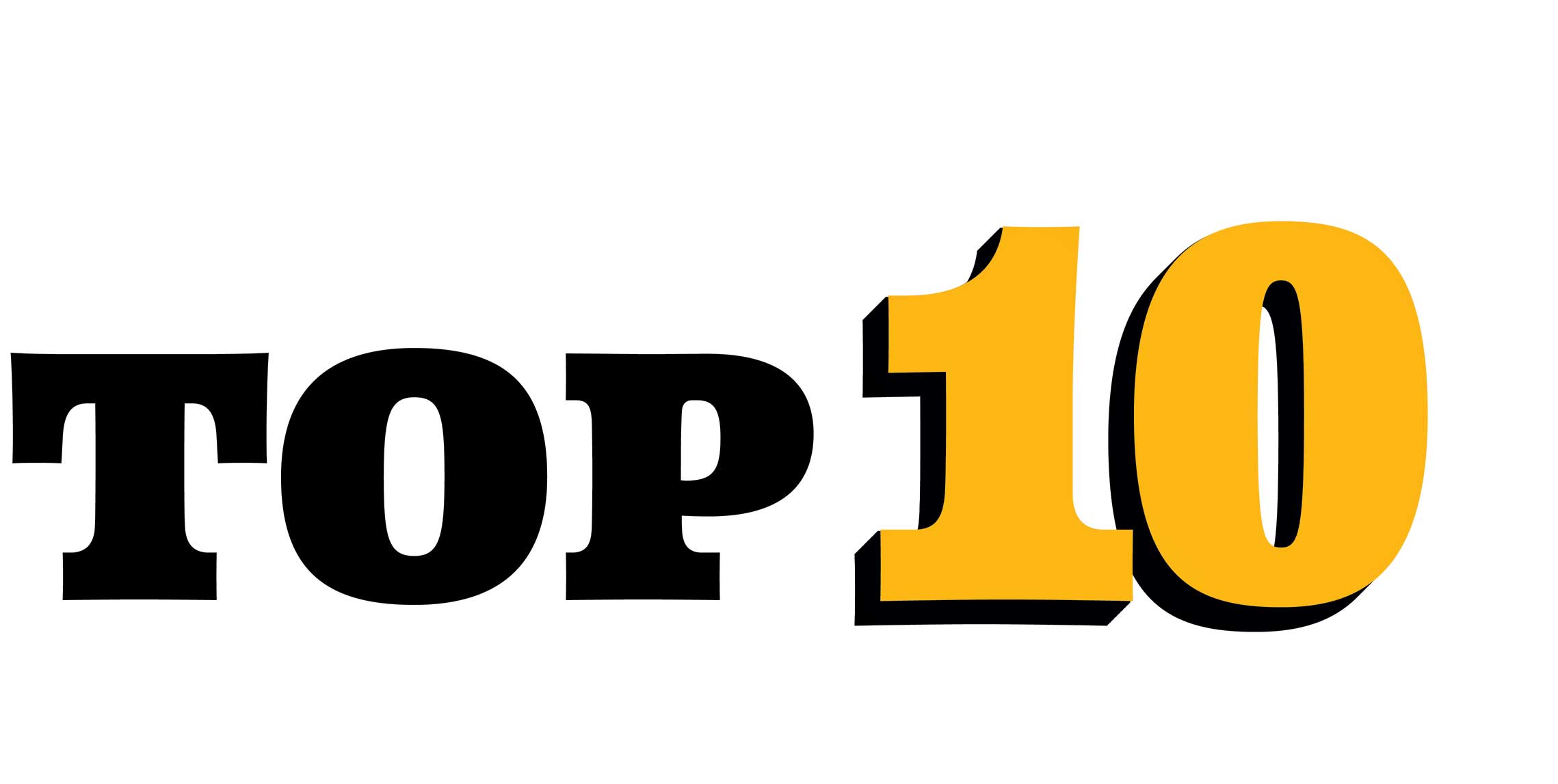 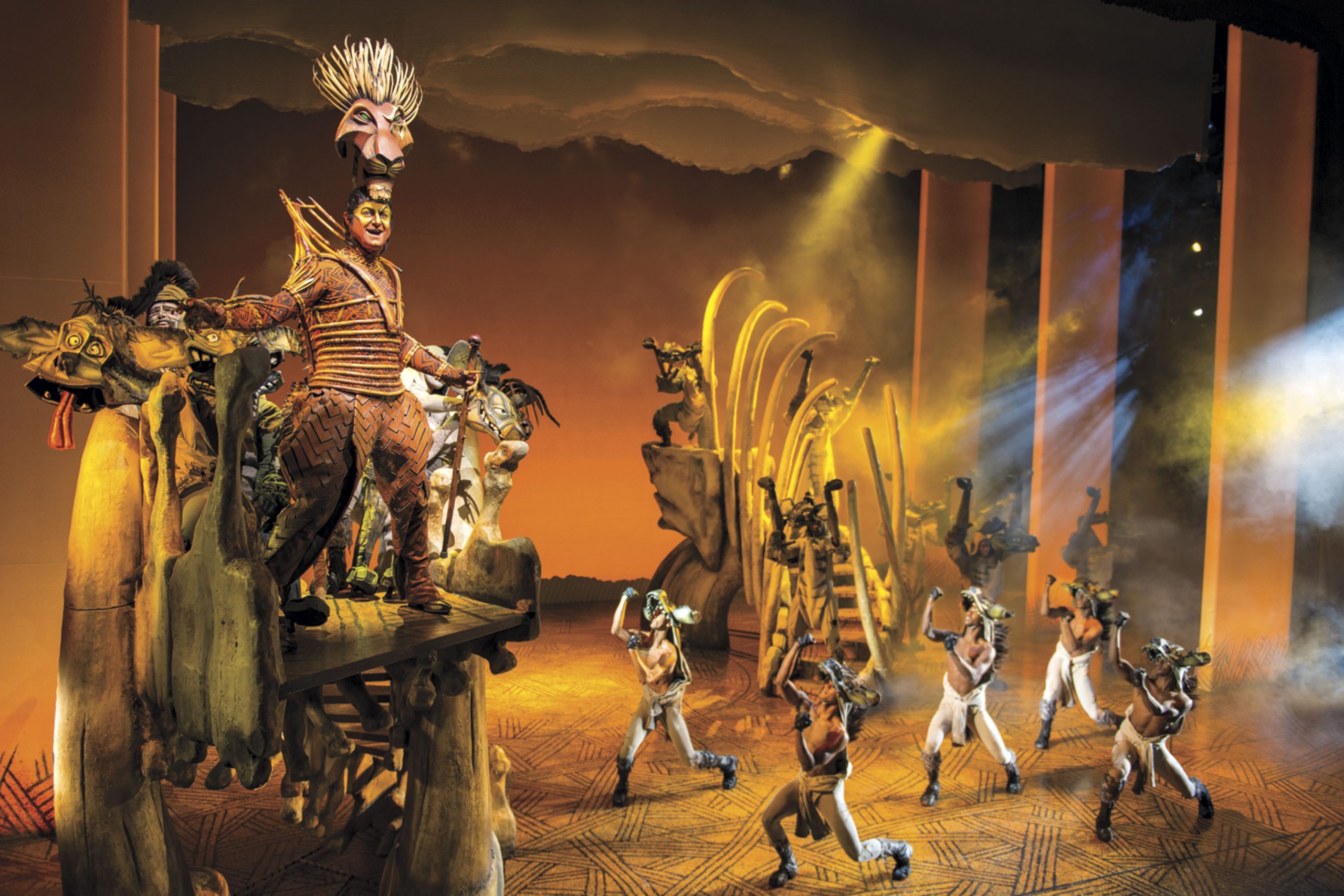 This powerful story has been told in an array of mediums, but we all know the stage musical is the best version. Call for times and ticket prices. Gammage Auditorium, 1200 S. Forest Ave., Tempe, 480-965-3434, asugammage.com

Learn about all the latest in fashion, beauty, makeup, cosmetic surgery, fitness and self-care with this one-day event featuring seminars and demonstrations by Valley trendsetters. Attendees can also participate in private consultations, activation experiences and a fashion show during lunch. 10 a.m.-5 p.m., $125-$225, The Phoenician Resort, 6000 E. Camelback Rd., Scottsdale, theluxaz.com

Rock music has plenty of concept albums. Country? Not so much. Thomas Rhett changed that last year when he released the first part of his Country Again collection, the aptly subtitled Side A. The idea that ties the 2021 record together is Rhett going back to his classic country roots. Side B might come out later this year, but as for now, Rhett is touring in support of his latest, pop-oriented release, Where We Started. 7:30 p.m., $35.50-$140, Ak-Chin Pavillon, 2121 N. 83rd Ave., Phoenix, 602-254-7200, livenation.com

The comedian, who deserves a place on the Mount Rushmore of comedy, was on the receiving end of the slap heard around the world. If you think he’s ready to finally tell his side of the story, grab a ticket to the show to see what he has to say. 8 p.m., $49.50-$125, Arizona Federal Theatre, 400 W. Washington St., Phoenix, 602-514-2919, azfederaltheatre.com 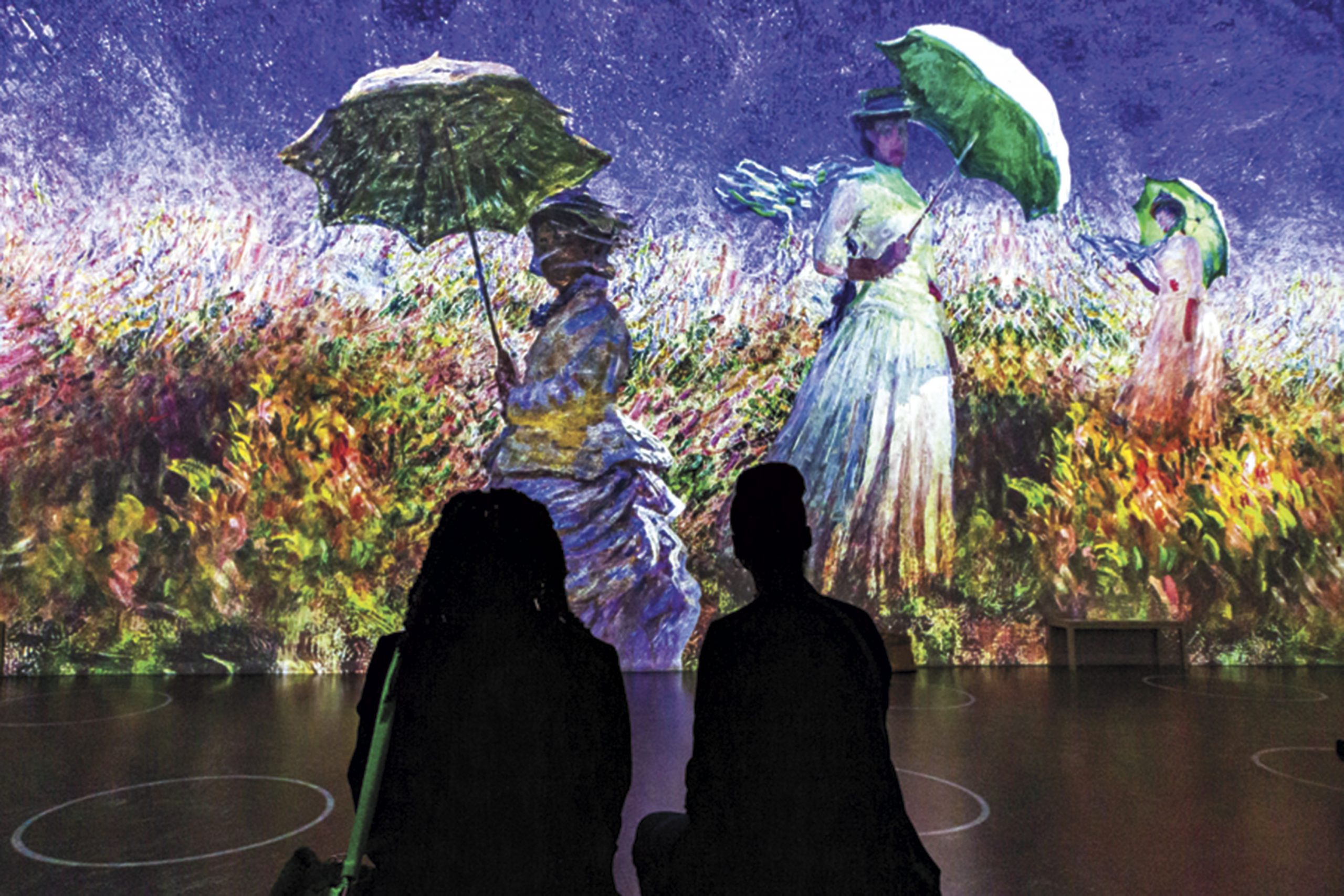 Immersive Monet and The Impressionists

Renoir, Degas and Monet (of course) are getting the same treatment as Klimt and van Gogh did. Surround yourself with nature’s beauty and ethereal music as these 19th-century pieces of art come alive before your eyes. Lighthouse Artspace, 4301 N. Scottsdale Rd., Scottsdale. Visit immersivemonet.com for times and ticket information.

Encanto: The Sing-Along Film Concert Tour
Despite what the hit song’s title says, we know you’re talking with your kids about Bruno, the mysterious character from the hit Disney animated film Encanto. And if you’ve only seen it on a streaming service, Disney Concerts is putting together a cool event: a Sing-Along Film Concert featuring a live band performing the songs written by Hamilton’s Lin-Manuel Miranda for the film. Check website for prices. Ak-Chin Pavilion, 2121 N. 83rd Ave., Phoenix, 602-254-7200,
livenation.com

Avocado Beer Launch
The owner of Patent 139 Brewing Company in Chandler is the great-grandson of the man who filed the patent for Hass avocados. Now he’s keeping the family legacy alive by introducing a German-style avocado kölsch beer on the 87th anniversary of the day the patent was granted, along with some avocado-based entrées. Check website for event details. Patent 139 Brewing Company, 1949 W. Ray Rd., Chandler, 480-597-7138, patent139brewingco.com

WWE Smackdown
The best athletes on television will take to the mat in a live taping of the hit sports show. Kofi Kingston and Xavier Woods from The New Day are scheduled to appear with Ronda Rousey and Drew McIntyre. The night’s events will culminate with a matchup between Intercontinental Champion Ricochet and Sami Zayn. $20-$125, 4:45 p.m., Footprint Center, 201 E. Jefferson St., Phoenix, 602-379-7800, wwe.com 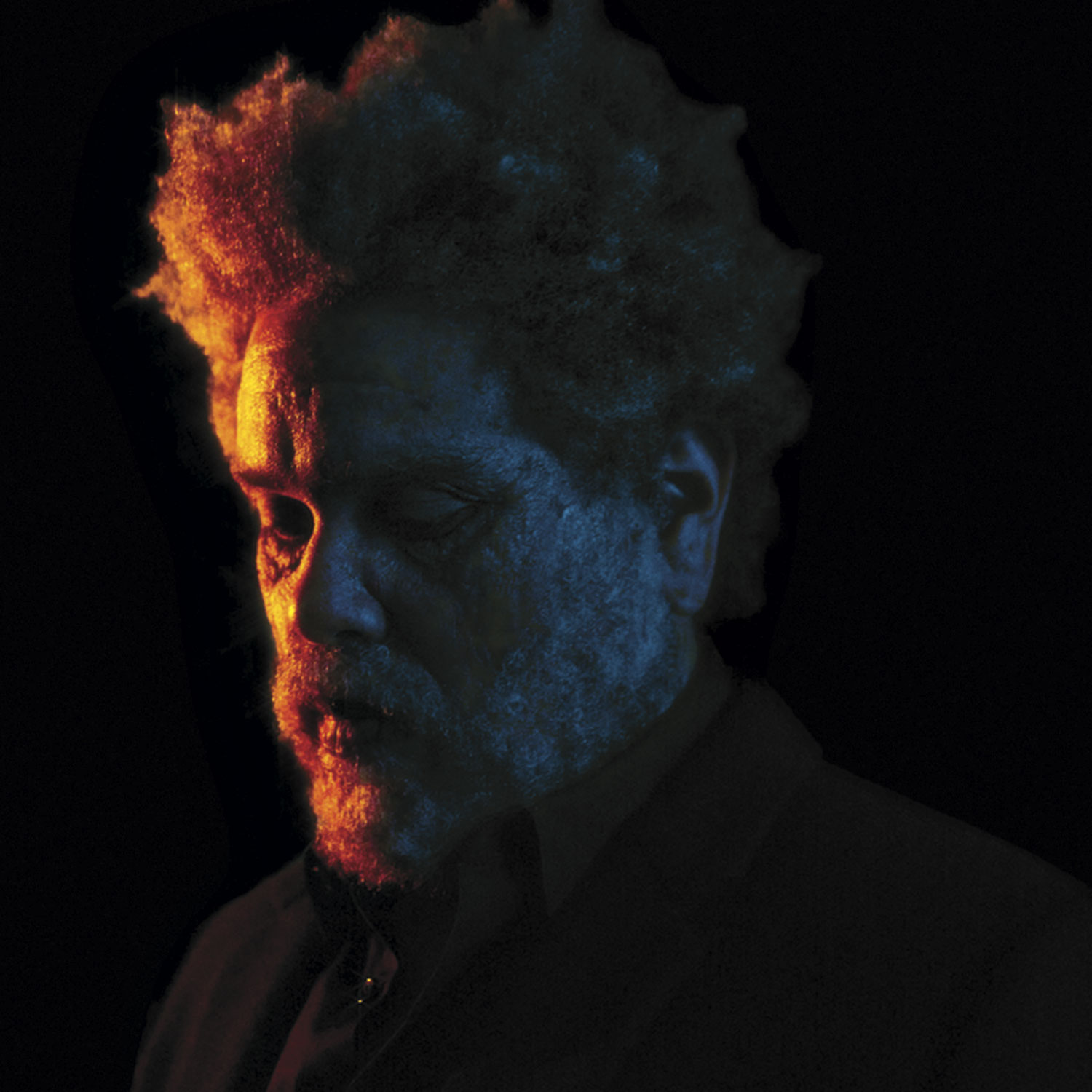 The Weeknd
Outside of his 2021 Super Bowl Halftime Show, music fans never had the chance to experience The Weeknd perform his critically acclaimed album After Hours in a live setting (thank you, pandemic). Now with two albums to promote (including the audacious Dawn FM), the R&B artist moved his tour from arenas to stadiums to satisfy his grand vision that will undoubtedly be a feast for the eyes and ears. 6:30 p.m., Check website for ticket prices. State Farm Stadium, 1 Cardinals Dr., Glendale, statefarmstadium.com 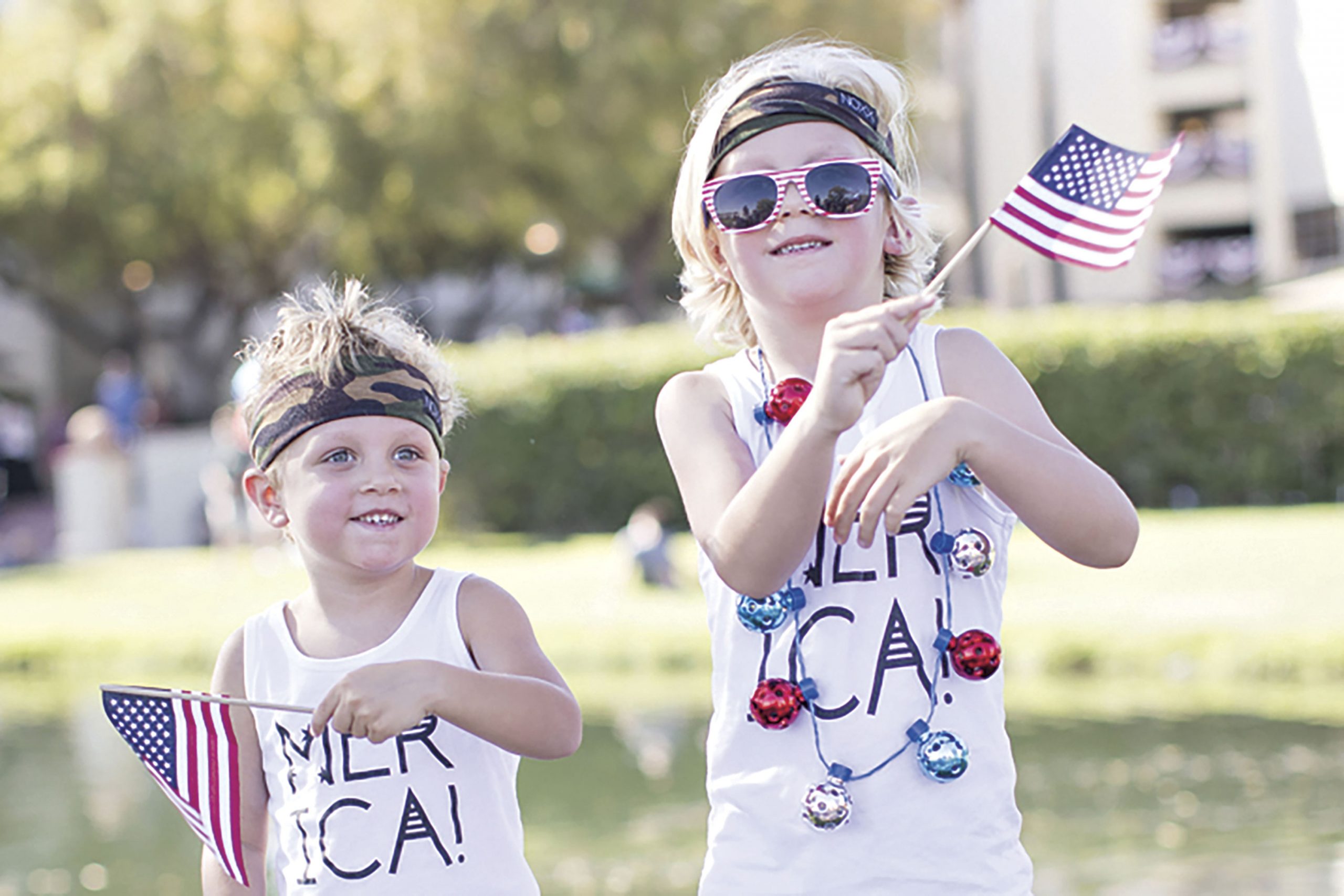 Scottsdale 4th of July
Everybody loves fireworks, but no one likes watching them on a hot Arizona evening. Luckily you can enjoy one of the state’s largest pyrotechnic displays as Freon fills the air. There’s also plenty of cool, family fun, including a bull-riding rodeo, mutton busting for children, a dog show, performances by Disney ensembles from the feature film Encanto,
old-fashioned cakewalks, and fabulous food. The festivities start at 5 p.m. Check website for ticket prices. WestWorld of Scottsdale, 16601 N. Pima Rd., Scottsdale, scottsdale4th.com