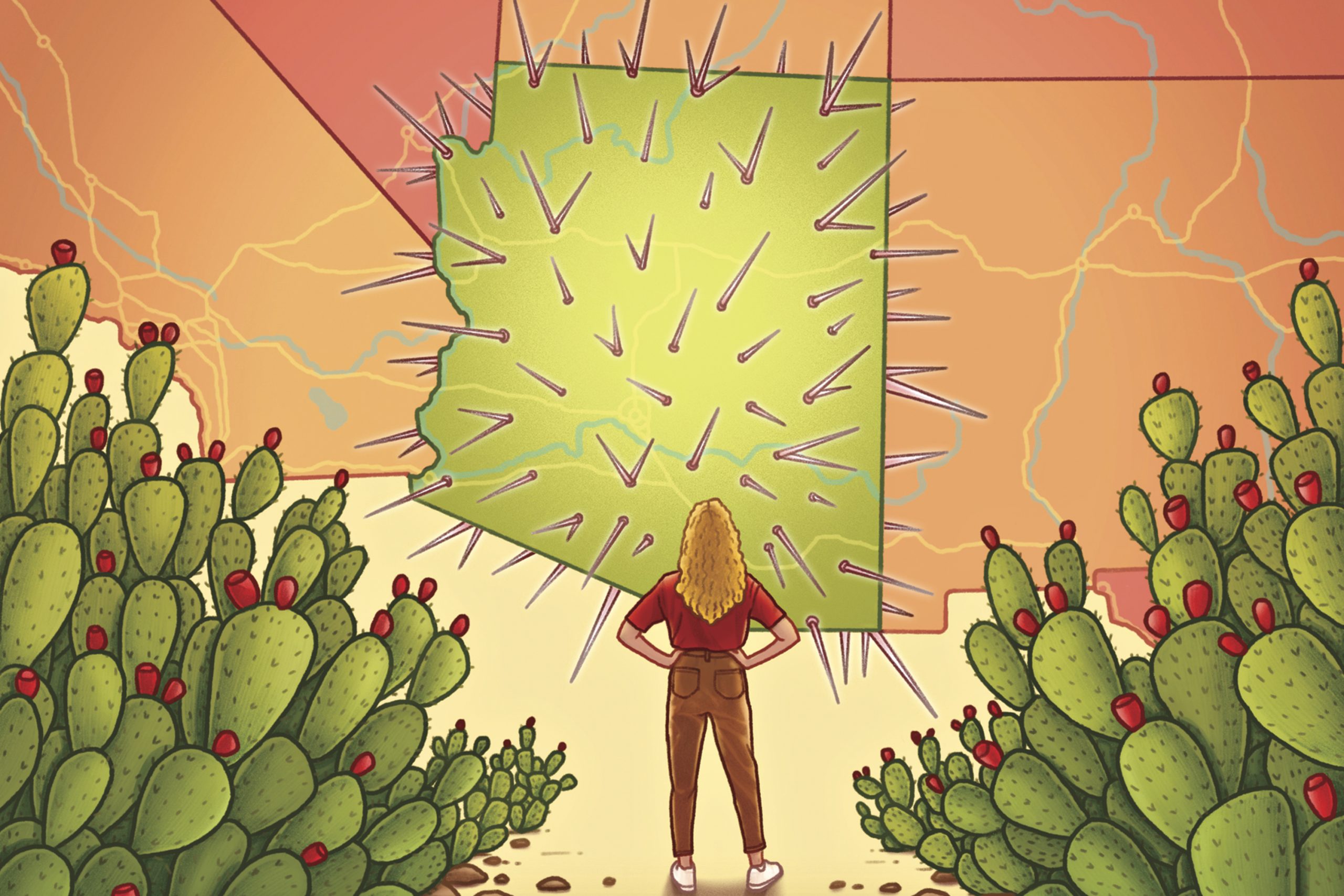 Current controversies aside, our columnist will never leave Arizona. Her daughters might be another story.

A funny thing happened the other night. I was out to dinner with three of my best girlfriends, sitting under the stars on one of those bonus May nights in Phoenix where you thought it would be too hot to sit outside, but it’s actually quite pleasant, even without the benefit of misters.

We were enjoying the breeze and Gallo Blanco’s roast chicken when one of the women asked a question: “If you could live anyplace else, where would it be?” They all jumped in at once. One is considering New Mexico, another dreams of upstate New York. A third is trying to get German citizenship.

I was uncharacteristically quiet, nursing my Jarritos. I couldn’t think of a place I’d rather live.

Chalk it up to good weather and the to-die-for tile in the restaurant’s bathroom – because I’m just that shallow – or maybe the pandemic’s worn me out. Could be old age.

Whatever it is, I’m good, even with all the bad. But more and more, I’m not so sure I want my daughters to stay here.

I’m used to the bad. I was raised on bad. Arizona’s always been a prickly place where people come to start fresh, gate off the neighbors and vote libertarian. The Wild West, right? Survival of the fittest.

I used to look at the state’s dismal stats on funding for everything from public preschool to assistance for the elderly and wisecrack, “Arizona is a great place to be a journalist and a lousy place to be a human being.”

Funny, because it’s true. But now that I have two fully formed adult children, the joke’s on me. I mean, look at this place. Half our elected officials can’t get their heads out of the 2020 election and into the challenges of 2022. The legislature spent much of its precious time this spring trying to suppress voting among the disenfranchised and the rest policing school libraries, limiting access to abortion and butting in on the business of people who identify as transgender.

Arizona’s legislators largely ignored gun control bills, even as the country faced yet another mass shooting at an elementary school. But they had plenty of time to give charter schools more advantages, the latest effort to dismantle traditional public education – if starving the system doesn’t work.

Did I mention that the state is flush with cash, raising a record-breaking $2 billion in April? Imagine what strong leaders could do with that money, for health care, education, housing and assistance for the vulnerable.

I haven’t even mentioned water. Or what climate change will do to a place like Maricopa County.

No wonder I want to tell my girls – excuse me, young women – to get the hell out of here. That’s depressing, because for all the reasons I’ve stayed in Phoenix, my own mother tops the list. I cannot imagine living in a different city, though we are separated by a comfortable 20-minute drive. I was determined to stay here to raise my daughters near her. My mom has been an incredible role model for me, and I hope I’ve been one for my kids. But with apologies to libertarians, that’s not enough. We need leaders.

While I’m at it, let me say that simply possessing ovaries is not enough. Arizona has a rich and, frankly, scary history of female leaders. The state has long had more women in public office than just about anywhere else, and current times are no exception. Sadly, it’s probably in large part because the men aren’t interested. The salaries are low, the jobs thankless, the legislative districts gerrymandered despite decades of reforms.

As a result, our elected officials – of both genders and parties – are shrill, conniving, ineffective or all three. You can see the results in our dirty air, and when yet another pedestrian is killed on our poorly designed streets.

I don’t have to worry anymore about getting pregnant and having my choices stolen. I’m done trying to get the public education system to serve my kids. It’s getting hotter, but that probably won’t affect me in what’s left of my lifetime. None of that’s true for my daughters and, short of moving away, the only advice I can give them is, “Vote.” Both are excited to exercise that right, and I won’t be the one to tell them it’s simply not enough, not in this state.

Back at Gallo Blanco, the conversation turned to Patti Smith and pozole. But I was stuck. I couldn’t stop thinking about why I couldn’t come up with a place I’d rather live. Maybe the lesson of the last two years is that you can’t hide from the world’s problems – viruses, including the non-medical kind, know no boundaries.

Or maybe Arizona really is the worst. Selfishly, I hope my daughters stick around and try to change that. I won’t blame them if they don’t.